A look into some of the most interesting facts about the iconic actor, Amrish Puri speaks everything about his stardom, legacy as a villain, and illustrious career. Find out!

The Indian film industry has always been blessed to have so many iconic actors, who did everything in their acting prowess to entertain the viewers. However, some of them are just a notch higher than the rest, as their way of acting became a benchmark for future generations. One such actor was Amrish Puri, who is regarded as the greatest villain in Bollywood's history by many film critics, celebrities, and audiences. The iconic villain, Amrish Puri was born on June 22, 1932, in Punjab to his parents, S. Nihal Singh Puri and Ved Kaur. He also has three brothers, Chaman Puri, Madan Puri, Harish Puri, and a sister, Chandrakanta. Since childhood, Amrish Puri wanted to be an actor, and at the age of 22, he gave his first audition but was rejected because of his looks and voice. After some years, he tried to enter the film industry again somewhere around the age of 40, and no one could say 'No' to him, as he was destined to become an iconic villain in Indian cinema. 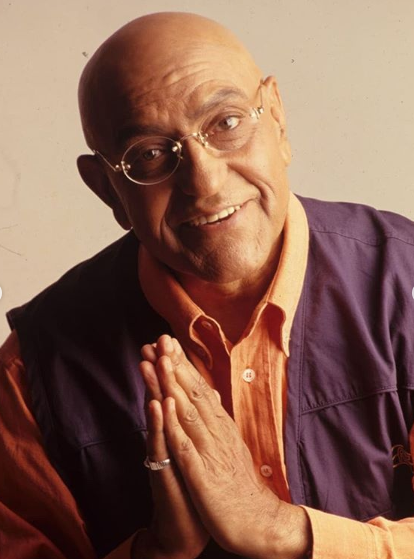 Amrish Puri has worked in more than 450 films in his illustrious career and lifted numerous awards for his exceptional acting skills. It was his deep voice and dominating screen presence that was way more captivating for the viewers than the film’s good-looking hero. Some of Amrish Puri’s most famous films are the likes of Vidhaata, Shakti, Meri Jung, Mr. India, Shahenshah, Ram Lakhan, Tridev, Ghayal, Damini, Karan Arjun, Jeet, Koyla, Nayak: The Real Hero, Ghatak, Ghayal, and many more. 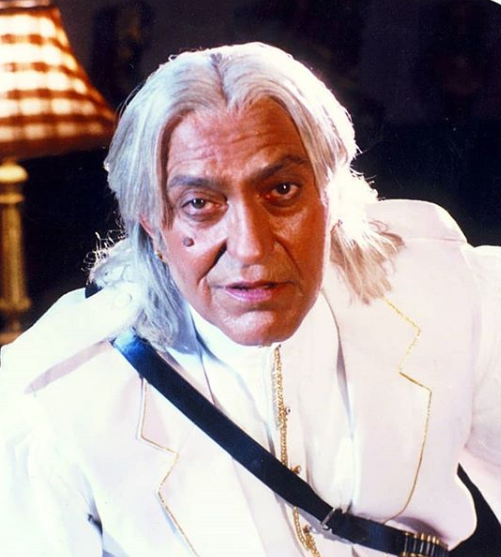 During his time, Amrish Puri was one of the highest-paid actors in Bollywood, as more than the protagonists of the film, it was his aura and fear that started filling the theatres. While most of the things about Amrish Puri’s life are known, there are still some fascinating facts about him that will leave you stunned. So, without wasting much time, let’s talk about Amrish Puri’s lesser-known facts!

Amrish Puri was the cousin of the iconic singer, K.L. Saigal 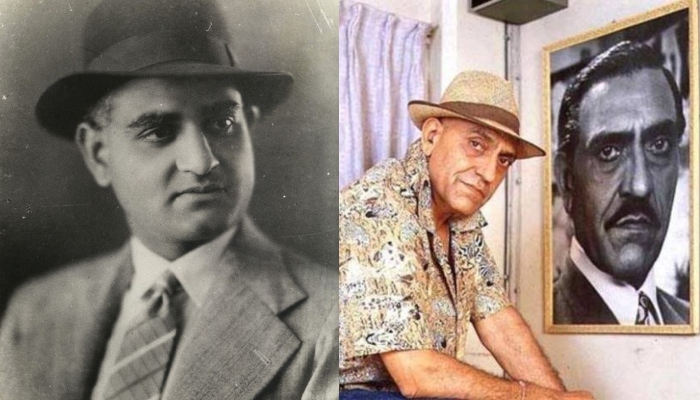 The iconic singer, K.L. Saigal, who has inspired generations with his music, is the cousin of the legendary villain, Amrish Puri. Yes! You read it right. The two maestros are connected as K.L. Saigal’s mother was the real sister of Amrish Puri’s father, S. Nihal Singh Puri, which makes Amrish Puri and K.L. Saigal first cousins.

Amrish Puri worked at an insurance company for 22 years 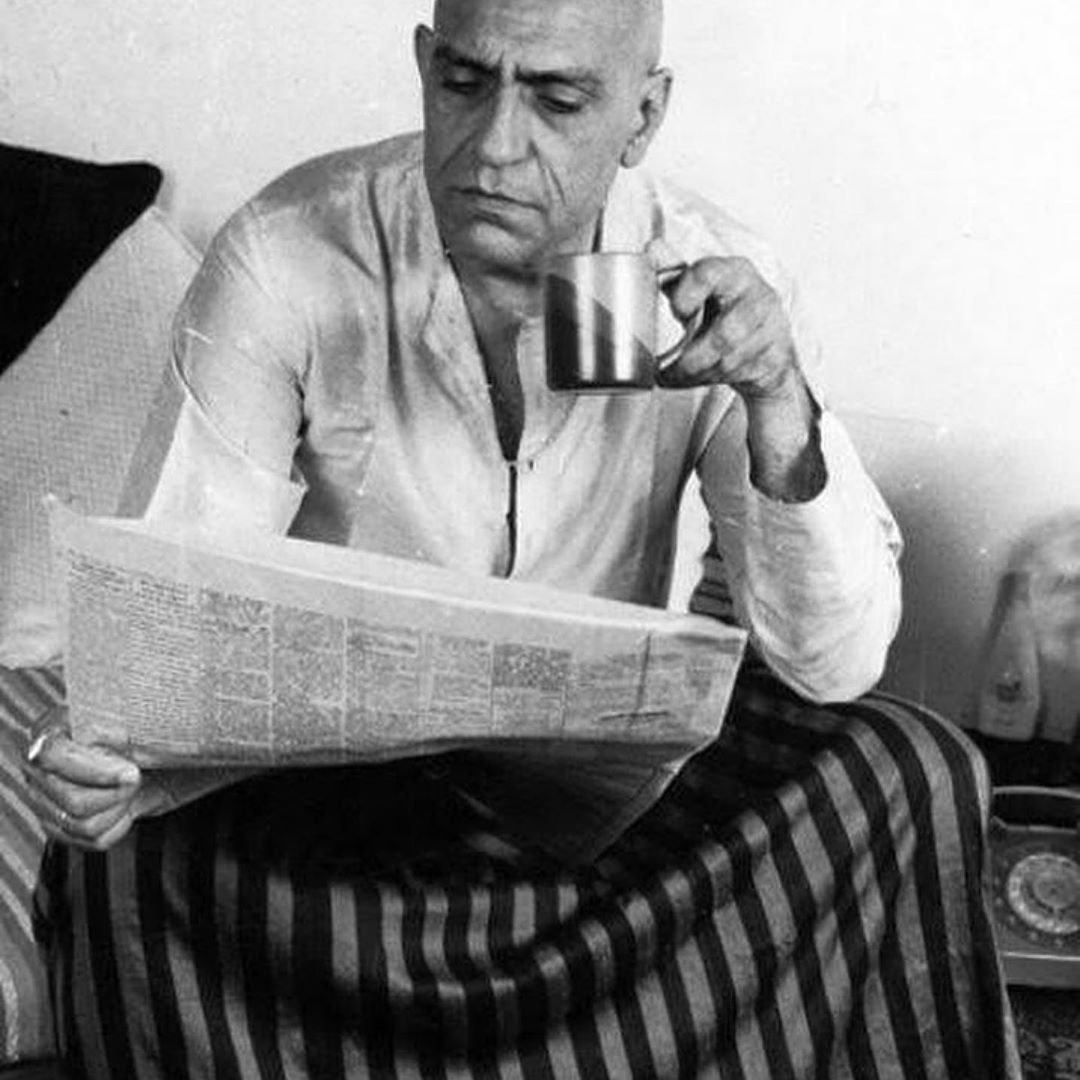 After Amrish Puri got his first rejection at the age of 22 in an audition, he had decided not to pursue his dream of becoming an actor. After this, he started working as a clerk at a government insurance company. While working as a clerk in an insurance company, Amrish Puri met iconic theatre director and drama teacher, Ebrahim Alkazi, who suggested him to try his luck in theatre. 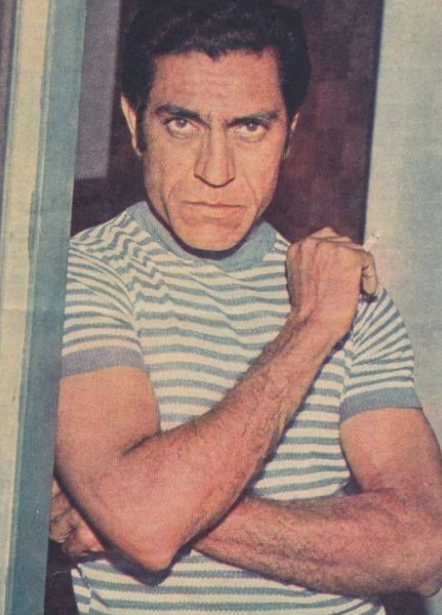 Amrish Puri wasted no time in joining a theatre, but in the beginning, he used to clean the stage and do other works at the institution while learning dramatics. However, with time, Amrish Puri proved the mettle of his acting to the theatre directors, and soon he got his first major break in 1970 in the film, Prem Pujari. It was then that he finally decided to leave his 22 years of government job. 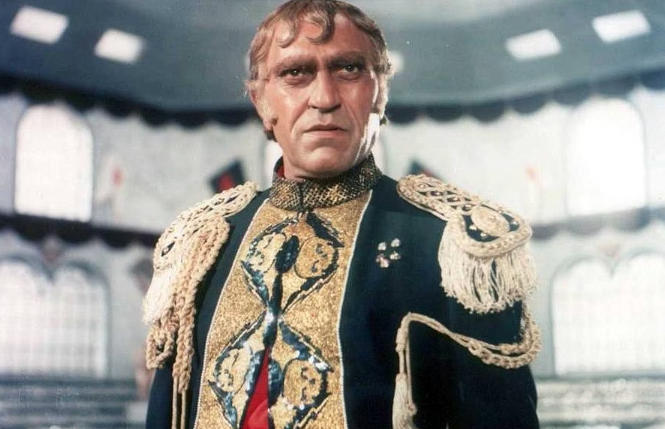 The iconic actor has done tons of terrifying roles in his career, but it will be fair to say that Amrish Puri’s villainous character, Mogambo, from the film, Mr. India is still fresh in everyone’s memories. However, back in 1985, a total sum of Rs. 25,000, which was quite huge at that time, was invested in making Amrish Puri’s costume. 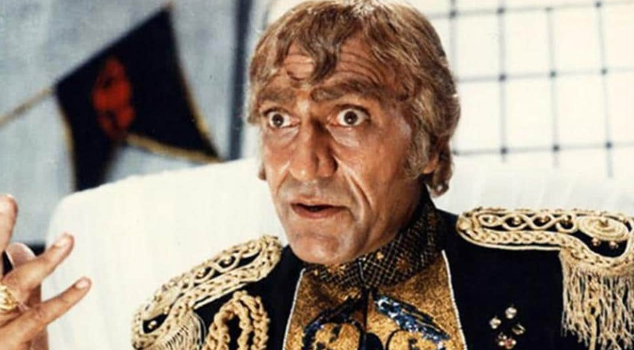 In order to give one of his most memorable performances, Mogambo in Mr India, Amrish Puri locked himself in a room for 20 days. The actor made sure that not even sunlight could enter his room. It was truly an extraordinary performance from Amrish Puri that will surely live on for decades to come. 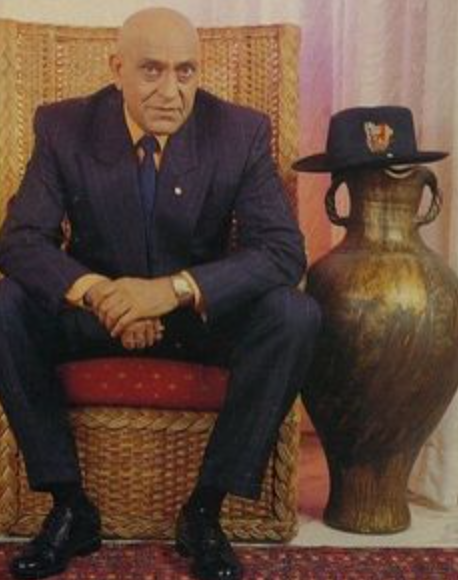 Amrish Puri’s height was just 5 feet 10 inches, but on the big screen, he always used to look way taller than his actual height. However, it’s not the only interesting thing about his height, as his feet were also quite rare. While Amrish used to wear size 11 on one foot, on the other one, he used to wear size 12. His designer made special arrangements for his shoes so that he didn’t get much uncomfortable because of the different shoe sizes. 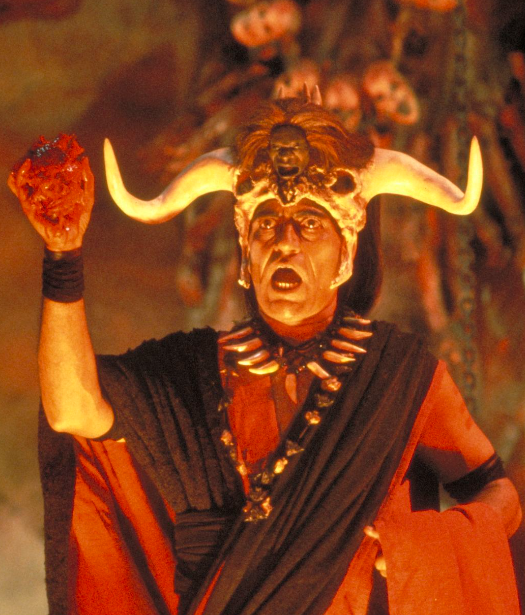 Not just in Bollywood, Amrish Puri also proved the mettle of his acting prowess in Hollywood too. The iconic actor had worked with one of the greatest filmmakers of all time, Steven Spielberg and played the character of Mola Ram in the film, Indiana Jones and the Temple of Doom. While his character received little backlash in India, Steven admitted that Amrish was his favourite villain, which was some compliment for the actor.

You May Like This: Bollywood Villains Who Have Gorgeous Daughters, From Shakti Kapoor To Kulbhushan Kharbanda

When Amrish Puri slapped Govinda for coming late on the sets 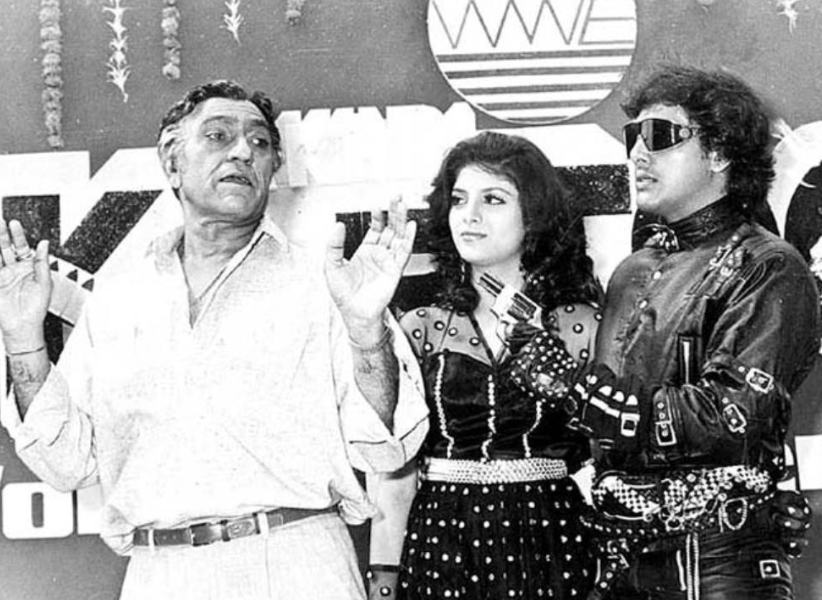 When Govinda was ruling the silver screens, Amrish Puri was also making his mark bigger with the release of his every film. The two worked hard in many films. However, there was a time when Amrish Puri slapped Govinda for coming late on the sets. As per the reports, the reporting time for all the actors was 9 am, but Govinda came on the sets at 6 pm, making the iconic villain furious. However, the veteran actor apologised to Govinda later for slapping him on the sets, and the incident was done and dusted. 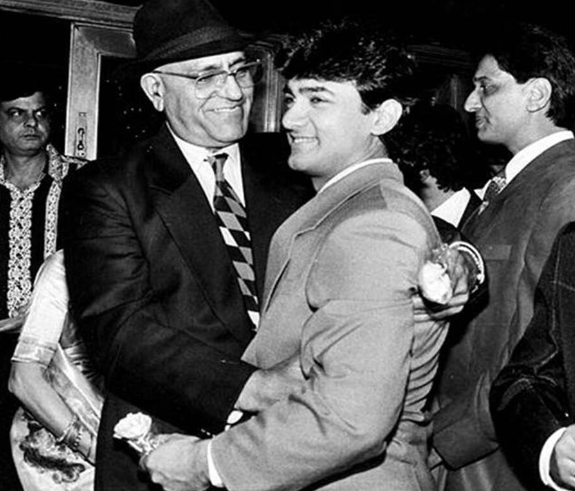 Well, Govinda wasn’t the only actor, who was traumatised by Amrish Puri’s anger, as Aamir Khan also got grilled during the initial years of his work in the film industry. Before becoming an actor, Aamir was working as a continuity supervisor with his uncle, Nasir Hussain. One day while shooting with his uncle, Nasir Hussain and iconic actor, Amrish Puri, a young Aamir was told to take care of the iconic villain’s continuity. 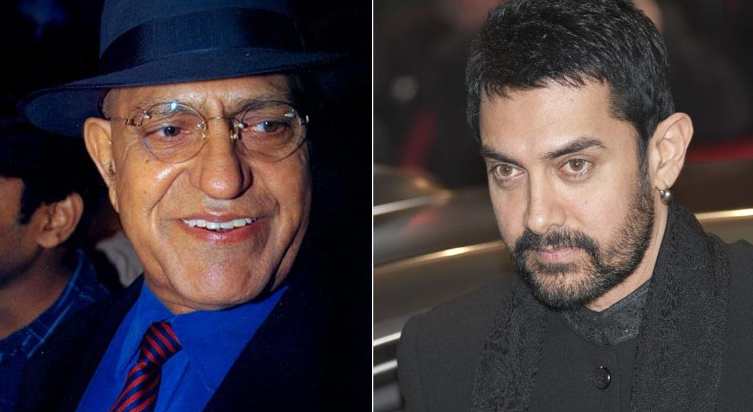 However, the constant continuity mistake calls from Aamir made Amrish furious, and he scolded the young lad in front of everyone. However, the film’s director, Nasir intervened and explained to Amrish that it was his mistake and Aamir was just doing his job. Afterwards, the actor apologised to Aamir. Amrish Puri had met his wife, Urmila Deveker, while he was working at an insurance company. While working together in the same company, they fell in love with each other and decided to take the plunge. However, when they informed their respective families about their relationship, they opposed it because of their cultural differences. But after some time, both families agreed to their decision, and Amrish and Urmila got married. Amrish Puri and his wife, Urmila Deveker, are blessed with two kids, Rajeev Amresh Puri and Namrata. 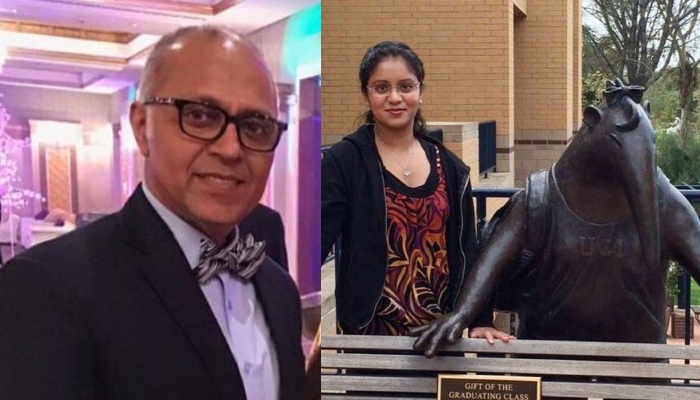 Amrish Puri's son, Rajeev Amresh Puri is married to Meena Puri, and together they're the parents of a handsome son, Vardhan Puri. The grandson of the iconic villain, Amrish Puri is an actor and keen to take his family's rich legacy in Bollywood to even further heights. Sadly on January 12, 2005, Amrish Puri passed away due to blood cancer. However, even today, it’s hard to say whether we will see an actor as brilliant as him, who will surpass Amrish Puri’s legacy as a fearsome villain in the Hindi film industry.