We stumbled across an interview where Amitabh was told about Shah Rukh Khan choosing the 'jodi' of AbRam and Aaradhya as the next 'SRK-Kajol'. Details inside!

Just like you, even our favourite pass time is scrolling through social media and get our hands upon any juicy gossip or interesting old interviews to bring to you. We have brought to you one such hilarious conversation that had taken place a while ago. When superstar, Shah Rukh Khan had commented something about his son, AbRam Khan and legendary actor, Amitabh Bachchan's granddaughter, Aaradhya Bachchan and find out what Big B had to say about it! (Recommended Read: 10 Star Kids (Sons) Who Have Grown Up To Look Like Their Fathers, Sharing The Uncanny Resemblance)

Some time ago, an old, fun interview of King Khan of Bollywood, Shah Rukh Khan was doing rounds on the internet. As we all know, Shah Rukh Khan is a man of wits and impeccable humour and his interviews are so much fun to watch. In the interview in question, SRK was asked to choose from pairs of Ranbir Kapoor-Deepika Padukone, Ranveer Singh-Deepika Padukone, Alia Bhatt-Sidharth Malhotra and Fawad Khan-Sonam Kapoor to be next SRK-Kajol. Shah Rukh, however, had brought the unexpected twist! Instead of choosing any of the pairs cited above, he had stated that his son, AbRam Khan and legendary actor, Amitabh Bachchan's granddaughter, Aaradhya Bachchan could replace them! Scroll down to know what had Amitabh Bachchan replied on the same! 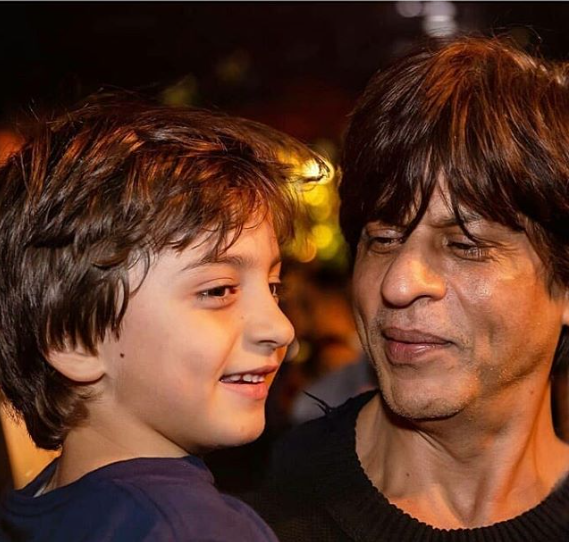 We stumbled upon an old interview, in which Big B was told about Shah Rukh's witty response of AbRam-Aaradhya being the next SRK-Kajol, and was asked about what does he thinks about the same. To which, an elated Amitabh had said, "Unke mooh mein ghee shakkar aur doodh malai... (May his words come true).” The even funnier part of the story is, when Shah Rukh was quizzed about the apparent age difference between Abram and Aaradhya, as she is older than him, SRK had said, "Love has no age." SRK has given our imagination wings and we're already watching both of them paired opposite each other in their debut movie! In an interview with the DNA, Shah Rukh had talked about his little son, AbRam and how he becomes a kid himself, with Abram. Shah Rukh had also stated that unlike his other kids, Aryan and Suhana, the junior Khan is more people-friendly. He had said, "I think he loves being around me. Unlike Suhana and Aryan, he is more people-friendly. He gets happy seeing my fans. On my birthdays, he would just come out to the balcony every hour. The fans keep screaming my name and he comes running to me and says, ‘Papa, peoples have come. Let’s go meet them’. He calls them ‘peoples’ and then, he drags me out because he enjoys waving out to them. He’s a smart, intelligent kid and extremely fun to be with. And with him, I become a kid myself." 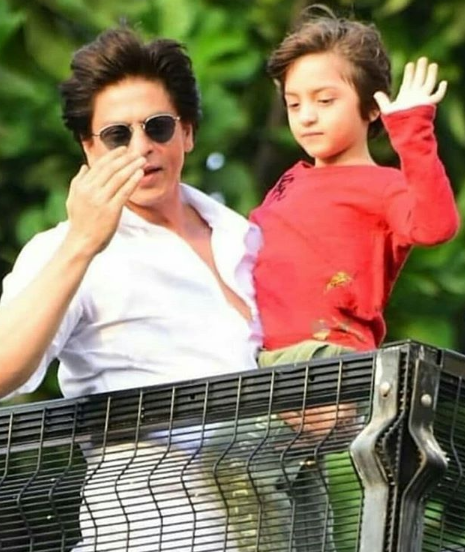 Some time ago, in #AskSRk session on Twitter, a fan's question about AbRam had put King Khan in a soup, but he had managed to come out of it like a pro! One of SRK fans had come up with a marriage proposal for his little munchkin, AbRam. The fan's tweet could be read as "#AskSRK sir my niece Vedika loves Abram, can she marry him, she's only 1 yrs old last month, would be glad of you could wish her and bless her.” In reply to the sweet proposal, the actor had tweeted a sweet blessing for the baby girl and it could be read as “God bless her. She is very pretty.” We hope we get to see AbRam and Aaradhya's jodi someday in a movie!

NEXT READ: Bachchan Family's Unseen Picture Where Abhishek Looked Like Jaya 'Ji' and Shweta Looked Like Big B