Television actor, Aly Goni opened up about his equation with his girlfriend, Jasmine Bhasin and revealed that there is no possessiveness in their relationship.

Aly Goni and Jasmine Bhasin are one of the cutest couples in the television industry. The lovebirds never fail to mesmerise us with their mushy romance and cutesy PDA moments. For the unversed, Aly and Jasmine had fallen in love with each other on the popular reality show, Bigg Boss 14. Since then, the duo never shies away from publicly expressing their love and discussing their bond. This time too, it was no different as Aly shed some light on his relationship with Jasmine.

In an interview with Pinkvilla, Aly Goni opened up about his bond with his girlfriend, Jasmine Bhasin. Talking about the same, the Yeh Hai Mohabbatein actor shared that nothing has changed in his relationship with his darling girlfriend. Aly even revealed that in his and Jasmine's relationship, there is no unnecessary possessiveness from both side. In his words:

Jasmin Bhasin Opens Up On Her Rumoured Relationship With Aly Goni, Says, 'We Are Good Friends'

"Nothing has changed we are the same as we were earlier. There is no unnecessary possessiveness or questions from both side. It is the same and the best."

You May Like: Neeti Mohan Attends Cousin's Wedding In Bahrain With Sisters, The Bride Looks Stunning Further, Aly opened up about how many people these days are breaking up with their partners after speaking volumes about their love on social media. He even elaborated that having transparency in a relationship is essential. Aly said that he took his relationship with Jasmine ahead because he was sure about it. He mentioned:

"I don't have to be fake on social media. If I have to wish Jasmin, I'll be transparent and show that. If I had not wished to take the relationship a step ahead, then I wouldn't have taken it. If I ever would've had second doubts then I would have never taken our relationship ahead. I'm still in a relationship because there is transparency, and that is important. I can't be possessive and waste my and her life." 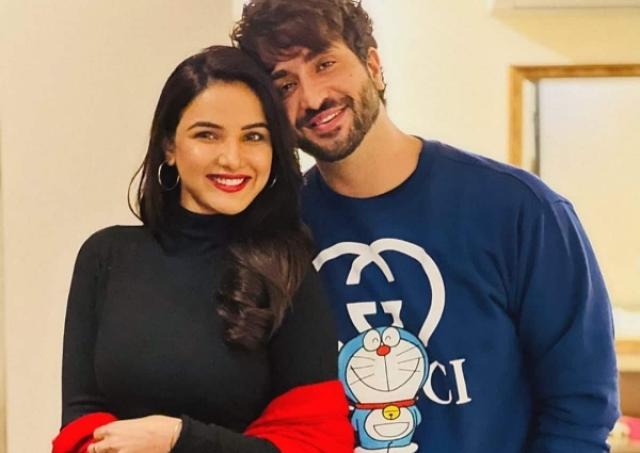 In the same interview, Aly revealed that he feels free with Jasmine and he can share anything with her because she is a good friend and a good person. Mentioning that Jasmine is his best friend more than a girlfriend, Aly said:

"I can share anything with Jasmin because she is such a good friend and great person. If I have to share anything I share it with her, and I still don't feel I have a girlfriend. I feel I'm with my best friend. " We are in awe of Aly and Jasmine's cutesy chemistry!