After making their debut together in Student Of The Year, Alia Bhatt and Sidharth Malhotra became one of the cutest couples of B-town. Even though Alia and Sidharth never admitted their relationship, but their public appearances together always served as fodder for the gossip mills. But soon, Alia and Sidharth’s Ishq Wala Love phased out and this rumoured couple parted their ways. While it definitely shattered our hearts to see them part ways, but netizens heaved a sigh of relief when we all saw Sidharth and Alia sharing the ‘love and respect’ for each other despite ‘too much history’. (Also Read: Aamir Khan And Kiran Rao Share A Romantic Lip-Lock At His 54th Birthday Celebrations With The Media)

On March 12, 2019, Dharma Productions released the teaser of the multi-starrer film, Kalank featuring Alia Bhatt, Varun Dhawan, Sonakshi Sinha, Aditya Roy Kapur, Sanjay Dutt and Madhuri Dixit. While the teaser did receive a lot of praise from the audience, even the B-town celebs couldn’t stop admiring the great work by the cast of the film. One such celebrity, who is all praises for the Kalank team is Alia’s ex, Sidharth Malhotra. 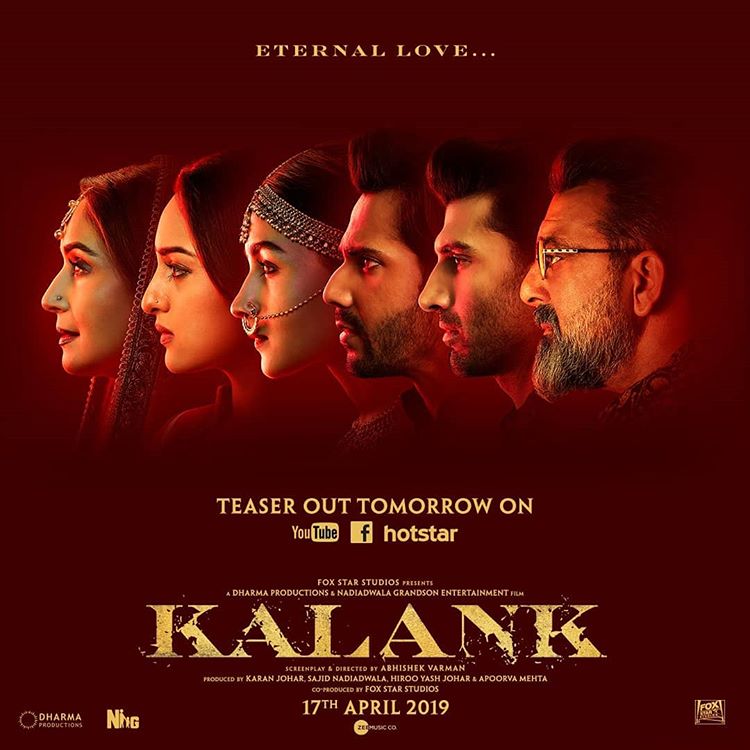 Producer Karan Johar shared the teaser of Kalank on Twitter, to which Sidharth Malhotra retweeted and wrote, “Wow superb guys! Looking spectacular #KalankTeasar.” His ex, Alia Bhatt retweeted his post and replied, “Thank youuuu sid!!!!” Even their Student Of The Year co-star, Varun Dhawan, who plays Zafar in Kalank, reverted to Sidharth’s tweet and wrote, “Thank u Sid apko salaam.” Here are the screenshots of the same: 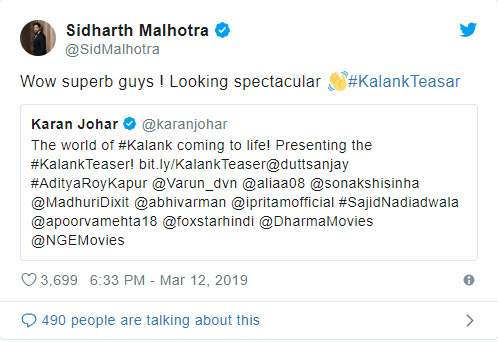 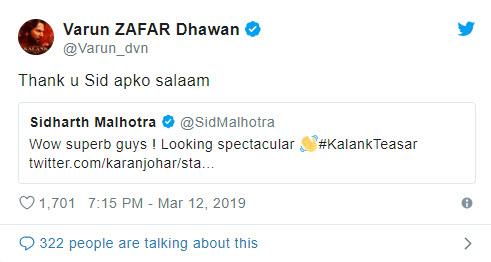 When Sidharth Malhotra appeared with Aditya Roy Kapur on Koffee With Karan season 6, Karan Johar asked him if he has met Alia Bhatt post their breakup. To which, Sidharth retorted, "We haven’t met after it. Our relationship is civil... I don’t think it’s bitter. It’s been a while. I have known her for much longer even before we dated. I gave my first ever shot with her in SOTY so there is so much history. There is a reason why two people decide not to be together. There were lots of ups and downs. When you take yourself from a situation, you look at all the happy and good memories." 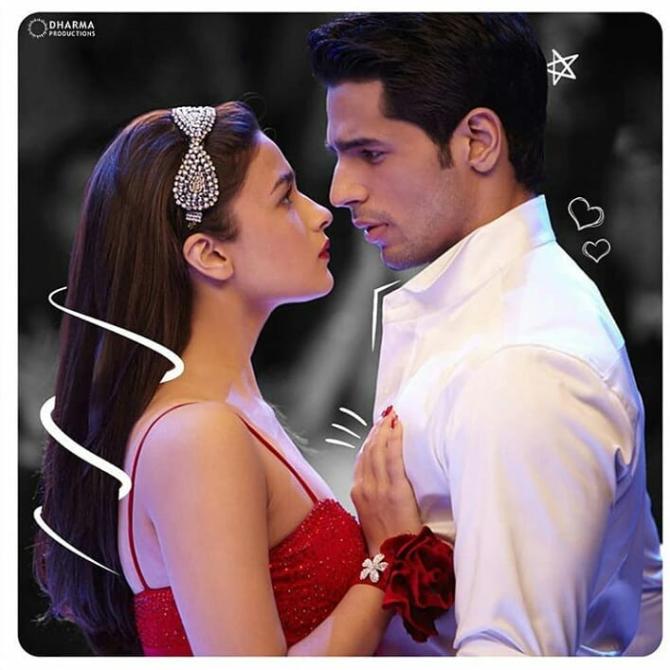 In a throwback interview with Filmfare, Sidharth Malhotra had spoken about an ‘awkward’ moment while shooting for a kissing scene with Alia Bhatt in Student Of The Year. Sidharth termed their lip-lock to be so ‘technical’ that it had turned ‘boring’ after a while. Sidharth had stated, "The kissing scene between Alia and me in SOTY was odd to rehearse. We didn't realise that it was so technical. There were many things to consider like the angles of our lips, head and nose. After a while it became boring." (Also Read: Brahmastra Director, Ayan Mukerji Teases Alia Bhatt And Ranbir Kapoor, Says There's Been Lot Of Love) 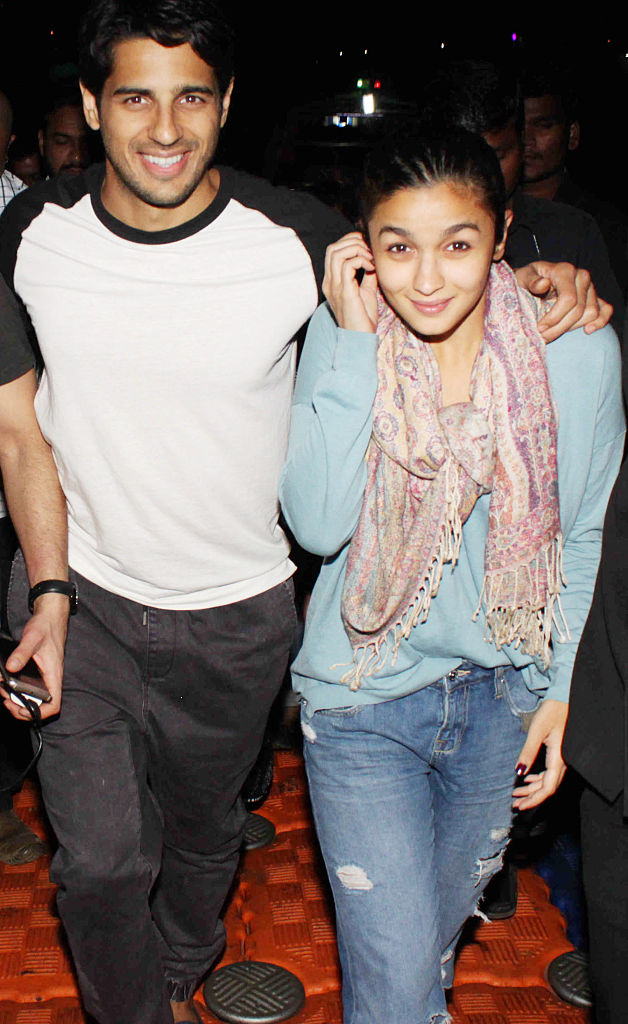 When Alia Bhatt was asked to comment on her long lost camaraderie with Sidharth Malhotra, in an interview with DNA, she was quoted as saying, “I have a lot of love and respect for Sid. We started off together in the industry. I have known him for a long time and there’s too much history between us. Honestly, there will never be issues. I have nothing but just positivity in my heart for him. I’m sure he wishes the same as well. We have witnessed several milestones of our lives together. He spoke about meeting and chatting and we were fine. There are no bad vibes.”

And when Alia was asked if she and Sid can remain friends post their break-up, Alia said, “Yes, absolutely, why not? If two individuals can come to terms with whatever has happened and don’t keep things in their heart, it’s definitely possible.” (Also Read: Sara Ali Khan Recalls 'Last Dinner' Her Divorced Parents Saif Ali Khan And Amrita Singh Had With Her) Alia Bhatt and Sidharth Malhotra have moved on happily in their lives and while the former is dating Ranbir Kapoor, the latter is allegedly in a relationship with Tara Sutaria.