Kareena Kapoor Khan and Karisma Kapoor's favourite cousin, Armaan Jain is finally tying the knot with his 'dulhaniya', Anissa Malhotra. Scroll down to see all the wedding fun!

There is no greater joy than to see your brother dressed like a prince on a white horse ready to take his dulhaniya home. Accept it or not, but ladkewalas' level of excitement doubles up as they take their precious 'daughter-in-law' home. The wedding is not just special for the bride and the groom but also the ones, who are witnessing it. The excitement, the laughs, the beats of dhol and the colourful clothing is so contagious that even the neighbourhood aunties don't miss a chance to be part of it (whether you invite them or not, pun intended). And the recent one to change his relationship status from 'single' to 'married' is Kareena Kapoor Khan and Karisma Kapoor's favourite cousin, Armaan Jain.

It was in the year 2014 when the dating rumours of Armaan Jain and his 'to-be-bride', Anissa Malhotra were rife in media. However, the actor had denied all such speculations, but in the year 2019, he had proposed the love of his life, Anissa in Goa. For those who don't know, Armaan is the son of Karisma and Kareena's bua, Rima Jain and her husband, Manoj Jain. And the siblings share a close bond with each other. In fact, when Armaan had proposed Anissa, his sister, Karisma was present to record the moment. She had even taken to her Instagram handle to congratulate the then 'soon-to-be-married couple'. She had posted an Instagram story and had written, "Congratulations to my favourite cuties @therealarmaanjain @anissamalhotra" atop it. On February 3, 2020, Armaan's wait to tie the knot with Anissa got over. And the entire Kapoor and Jain families are all set to welcome their new bahu, Anissa to the family. The first one to arrive at the venue was Nita Ambani and Mukesh Ambani's bahu, Shloka Mehta with her husband, Akash Ambani. For the wedding function, Shloka opted for a gorgeous orange and green lehenga. On the other hand, Akash looked dapper in a black bandhgala ensemble.

Take a look at their picture below:

We also spotted Kareena Kapoor Khan and Taimur Ali Khan's lovely pictures just before the wedding. The mother-son duo won our hearts with their jaw-dropping ensembles. For the big day, the actress donned a beautiful yellow saree with a golden blouse and accessorised her look with statement earrings. Her look was completed with heavy kohl-filled eyes, highlighted cheeks and hair tied in a bun. On the other hand her son, Taimur gave her a tough competition by opting for the designer, Raghavendra Rathore's royal blue kurta teamed with a white pyjama. The celebrity stylist, Tanya Ghavri took to her Instagram handle and shared their pictures.

Take a look at it below: 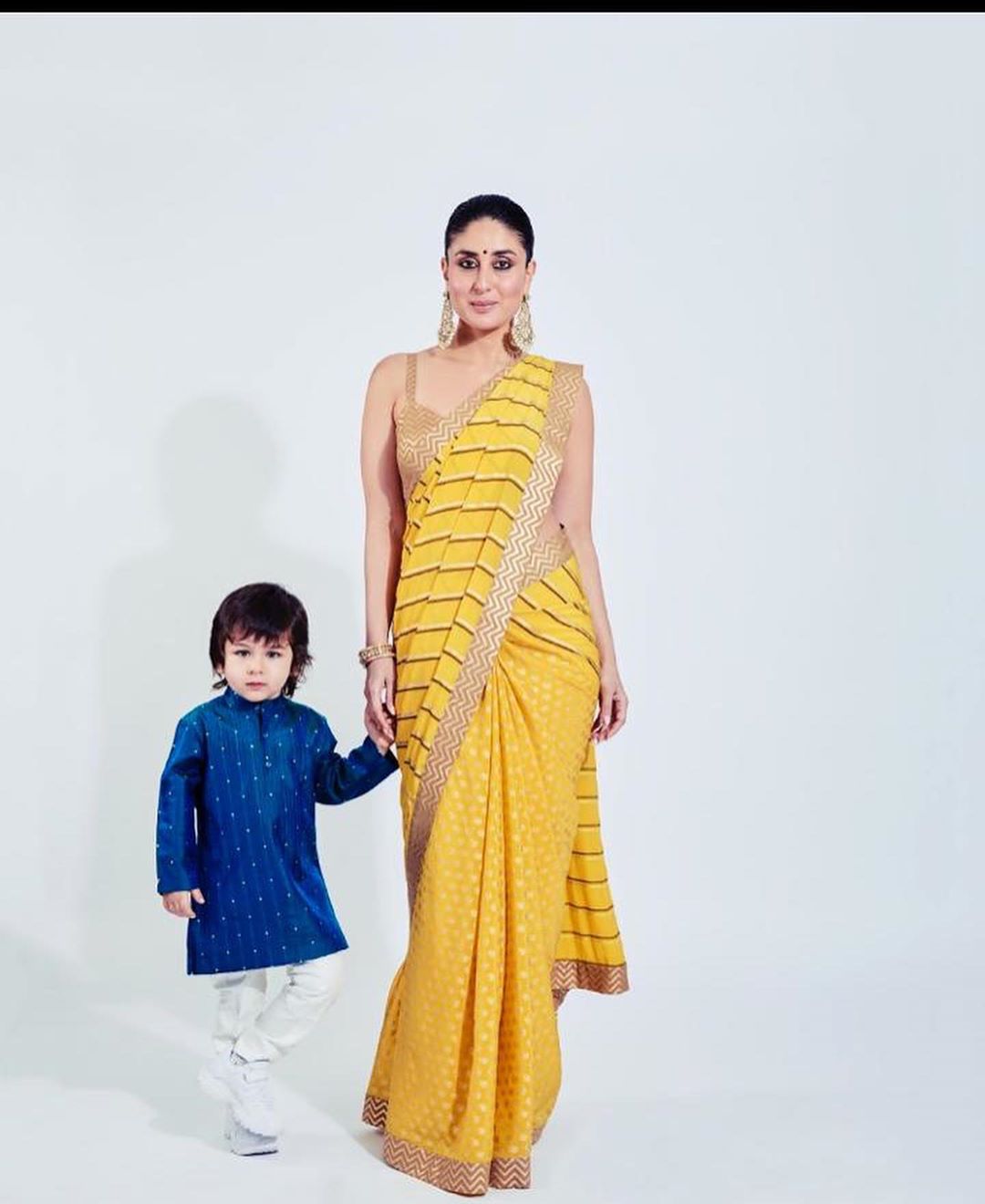 We also got hold of an adorable video, wherein Saif picked Taimur on his shoulder and was seen dancing at the beats of a dhol at Armaan's baraat. Check it out below!

On December 14, 2019, Armaan Jain had gotten rokafied with his longtime girlfriend, Anissa Malhotra. The bride-to-be had donned a blush pink lehenga for her special day and Armaan had shared the pictures of the same on his Instagram handle. Alongside it, he had written, "Always laughing when I have you by my side @anissamalhotra. What a beautiful Parsi blessing for our engagement!"  (Also Read: Mohena Kumari Singh's Twinning Picture With Hubby Suyesh Will Make You Sing 'Aankhon Ki Gustakhiyan') 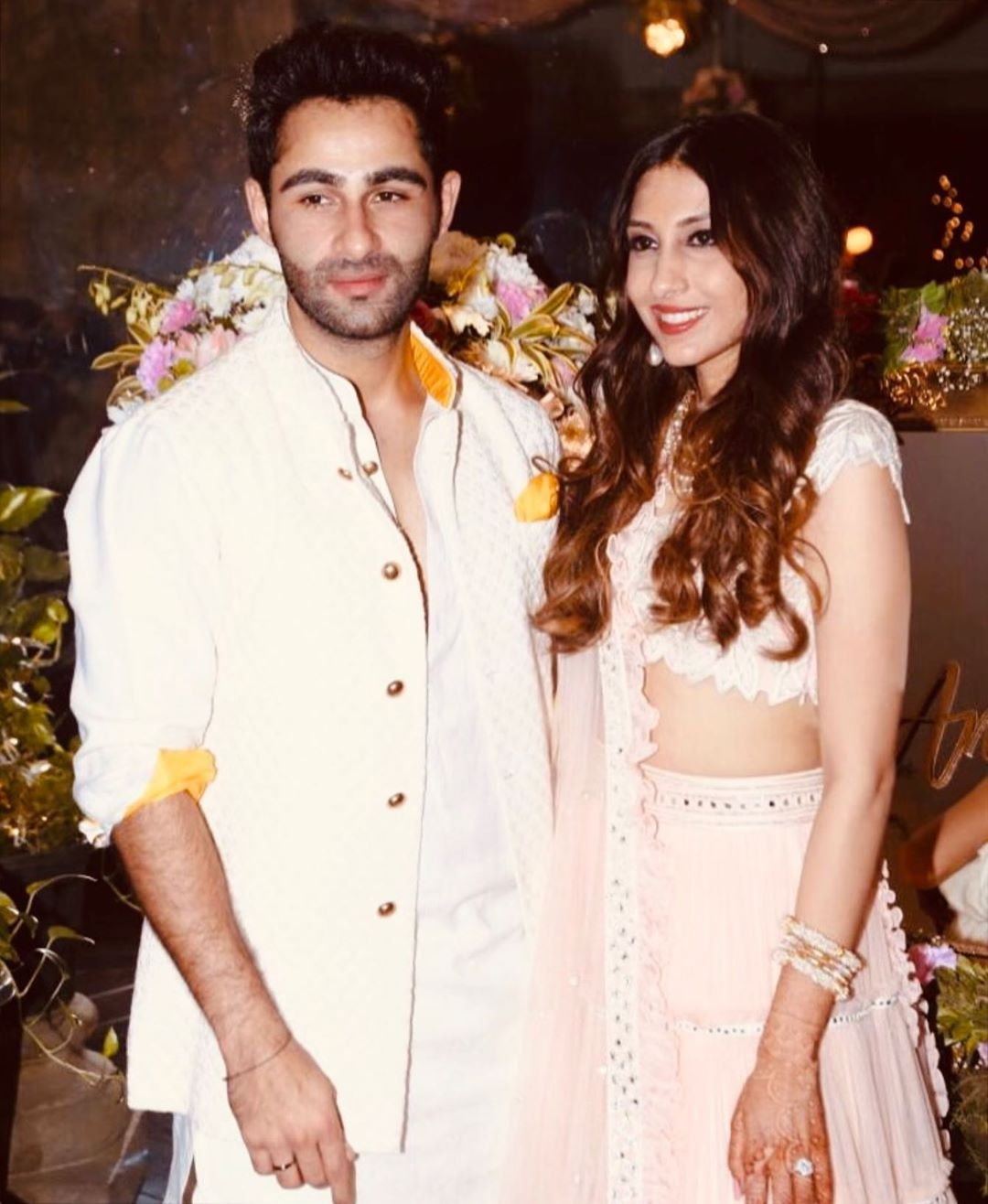 On February 2, 2020, Armaan Jain and Anissa Malhotra had their dream sangeet night. Anissa had donned a green-coloured lehenga, kept her hair loose and added a floral headgear to complete the look. On the other hand, Armaan had opted for a pink and white-coloured sherwani.

In an interview with the Hello! India magazine, Armaan had talked about the dream proposal he had planned for Anissa. He had shared, "I promise you everything was a blur. I was a nervous wreck. My heart didn’t palpitate as hard even when I gave my first shot for celluloid." Armaan had further revealed that it was his mom, who had helped him choose the ring. He had stated that initially, he had kept asking her and her friends about her choice of diamond, but by the end of it, it was just getting more confusing. So, eventually, he went to his mom and she helped him. (Don't Miss: Saif Ali Khan Justifies His Comment On liking His Movie 'Love Aaj Kal' Trailer More Than Sara's)

Well, we cannot wait to see more pictures from #ArmaanKiShaadi! What about you?