Aishwarya Rai Bachchan was spotted wearing a trench coat worth less than Rs. 50K on her father-in-law, Amitabh Bachchan's birthday!

Aishwarya Rai Bachchan had created quite a stir in the first week of October 2021 as she was in Paris for the fashion week. While some of her outfits were loved by everyone, some had faced a major backlash. Well, this has been the story of her every Paris Fashion Week as she has been a regular to the event, walking the ramp as the brand ambassador for L’Oreal. For the Paris Fashion Week 2021, Aishwarya had opted for some high-end outfits and even for her flight back to India, she was spotted wearing an expensive coat.

On October 11, 2021, along with her husband, Abhishek Bachchan and daughter, Aaradhya Bachchan, Aishwarya Rai Bachchan was spotted at the Mumbai airport. Interestingly, it was her father-in-law, Amitabh Bachchan’s birthday that day and the family had returned back. The family of three had opted for a casual look to ensure that they have a comfortable flight.

Well, while Aishwarya Rai Bachchan’s airport look might seem pretty casual, in reality, it screams luxury. She was spotted wearing an all-black ensemble, with black jeans, a black tee and black boots. However, to break the monotony, Aishwarya had added an onion-pink and white trench coat. She had kept her hair straight, and had completed her look with tinted lips. Aishwarya was seen wearing Nikita Mhaisalkar’s lilac floss printed trench coat and it costs Rs. 42,500.

On October 4, 2021, pictures of Aishwarya Rai Bachchan, Abhishek Bachchan and Aaradhya Bachchan had gone viral on social media. In the pictures, Aishwarya was seen donning a gorgeous blue ensemble, while Abhishek had donned a long black coat with a matching mask. Aaradhya had looked cute in a floral dress with a fuzzy red jacket and a pink mask. 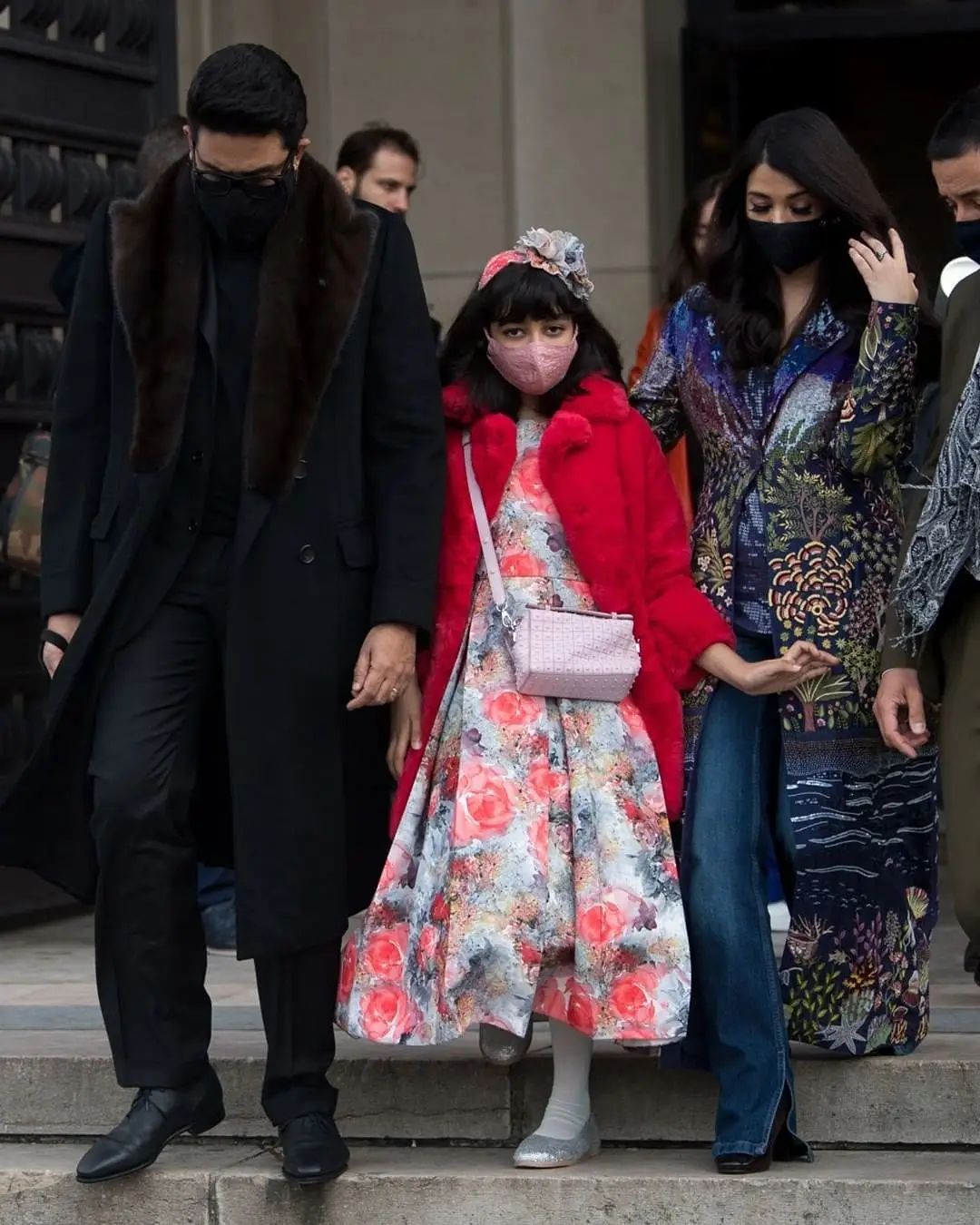 For her fashion outing, Aishwarya Rai Bachchan had opted for a starry night kurta from designer, Rahul Mishra’s collection. The kurta could be doubled up as a jacket and had pretty hand embroidery. According to the official website of the designer, Rahul Mishra, the jacket worn by Aishwarya costs almost Rs. 1.50 lakhs. Well, it costs Rs. 1,49,500. 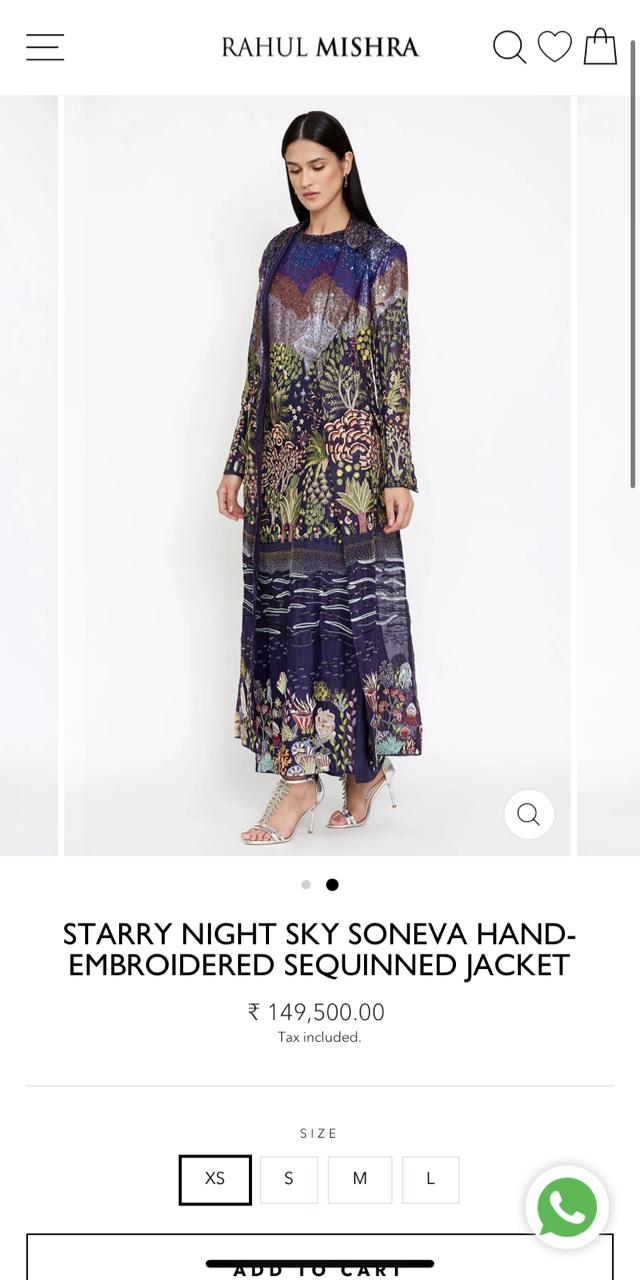 Aishwarya Rai Bachchan had paired her Rahul Mishra’s hand-embroidered jacket with blue denim and had completed her look with neon pink lipstick and boots. She was brutally trolled for her outfit choice. While some had asked her to fire her stylist, some had sarcastically mentioned how she had ruined designer, Rahul Mishra’s outfit. One user had commented, “How to ruin rahul mishra’a designs 1010”, another one had written, “No doubt She is extremely beautiful but her dress sense is very bad.” On October 3, 2021, Aishwarya Rai Bachchan had walked the ramp for the brand, L'Oreal at the Paris Fashion Week. The fashion show was organised with the surreal backdrop of the Eiffel Tower, making the whole setup look perfect as the stars had come forward to celebrate the ‘women all over the world’. Aishwarya had looked heavenly in an all-white gown and was a vision to behold. 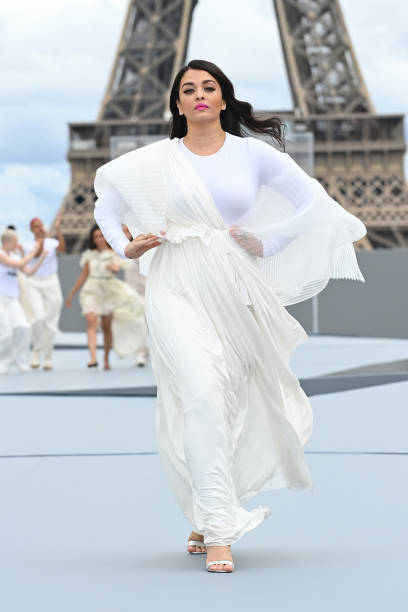