Aishwarya Rai Bachchan gave us a glimpse of their 'happiness always' on her mother-in-law, Jaya Bachchan's birthday as she posted a picture with her and daughter, Aaradhya Bachchan.

Her Parichay into this industry was as Guddi, and just with Ek Nazar on her, she made our Dil Deewana with her commendable work on-screen and innocence on the face. Chupke Chupke her Silsila to stardom began and soon, she found the ‘man’ of her dreams, during a shoot of her film. Then she left her professional career and embarked her journey towards her Piya Ka Ghar, and since then we have been seeing less of her on-screen. In a league of her own, Jaya Bhaduri and now Jaya Bachchan is one of the finest actors of all times. (Also Read: Throwback: Aishwarya Rai Recalls When Aaradhya Mistook Ranbir Kapoor To Be Father, Abhishek Bachchan)

For the millennials, she might be Amitabh Bachchan’s wife and Abhishek Bachchan’s mother, but in the 70s, with her sincere acting and naïve characters, Jaya Bachchan was a superstar herself as she has contributed some iconic films to this industry. Married to the ‘angry young man’ and ‘Shahenshah’ of Bollywood, Jaya ji is living her ‘happily ever after’ with husband, children, Abhishek and Shweta Bachchan Nanda, daughter-in-law, Aishwarya Rai Bachchan, son-in-law, Nikhil Nanda, and her grandchildren, Navya Naveli Nanda, Agastya Nanda and Aaradhya Bachchan. 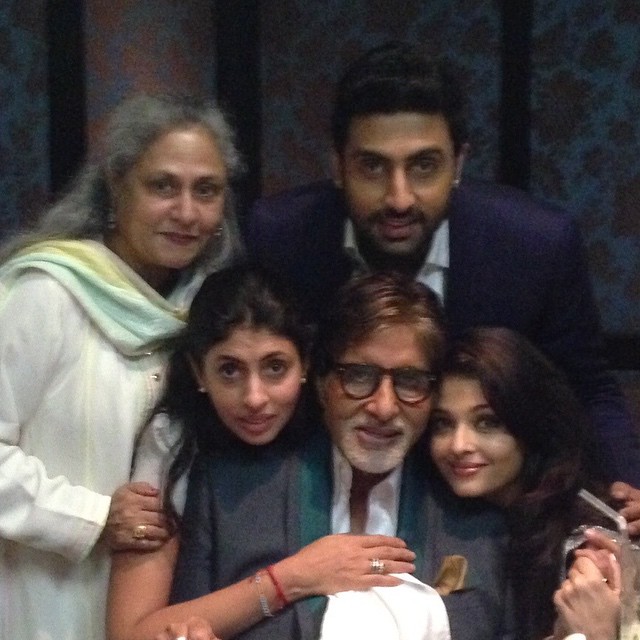 Known for not mincing her words and speaking her heart out, Jaya Bachchan turned 71 on April 9, 2019, and her dear children posted heartfelt wishes for their mother on this special day. First came a wish from her daughter, Shweta Bachchan Nanda, who shared a beautiful mother-daughter picture as they both were dressed in their traditional best, the starlet-cum-author and designer quoted the lines of a Walt Whitman poem, “O Captain My Captain”, as her caption. Abhishek Bachchan took a trip down the memory lane and posted a throwback black-and-white photo of his mother, Jaya Bachchan flaunting her beautiful eyes, oh-so-gorgeous hair and a pretty bindi. AB captioned his post as, “Maa! (in hindi), The word says it all. Happy Birthday Ma. Love you.” 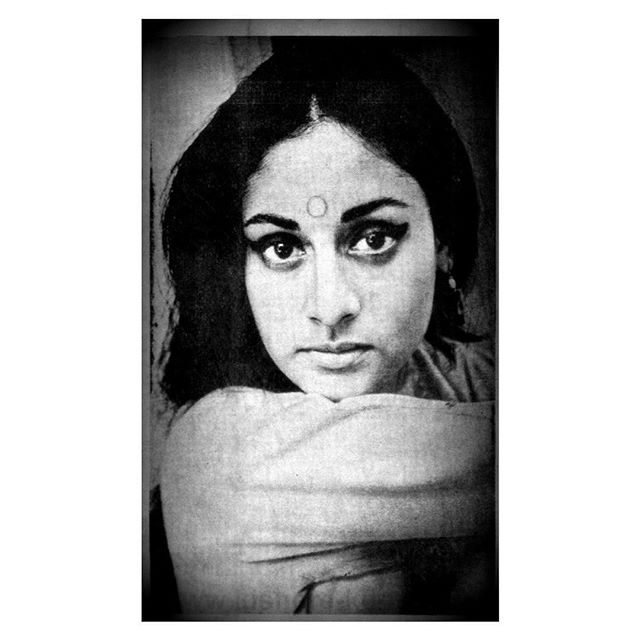 Finally, the best was kept for the last, when Jaya Bachchan’s bahu, Aishwarya Rai Bachchan gave us a glimpse of their ‘happiness always’ on her mother-in-law’s birthday. Sharing a picture with mother-in-law, Jaya ji and daughter Aaradhya Bachchan, Aishwarya posted this birthday special picture and wrote along with it, “Happiness always.” While the saas-bahu duo twinned in pale colour outfits, the little one sported a beautiful red dress, and the trio was all smiles for the camera. (Also Read: Amitabh Bachchan Reveals How Dynamics And Roles Changed After Aishwarya Rai Came Into Their Family) 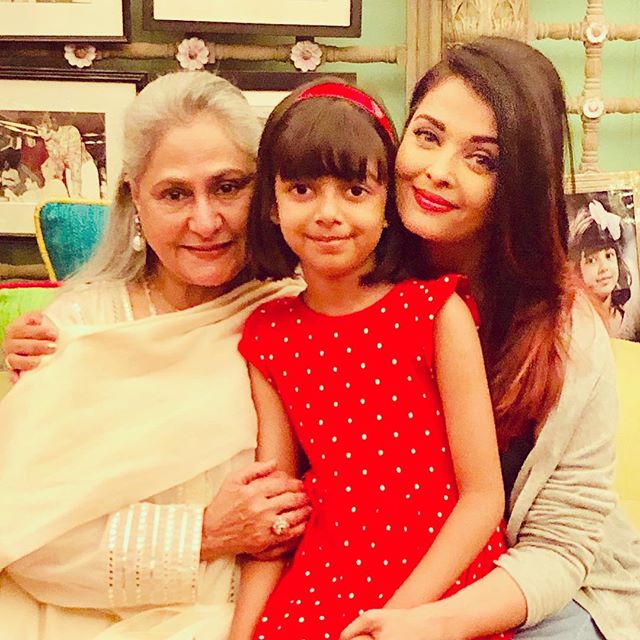 Do you remember, Amitabh Bachchan and Jaya Bachchan did a cameo in Arjun Kapoor and Kareena Kapoor Khan starrer film, Ki and Ka? Big B and Jaya ji essayed themselves in the film and the shoot was done in their home, Jalsa. If you remember the scene, Amitabh ji had casually asked his wife, Jaya why she had paused her acting career. And to this, Jaya ji had the most savage reply. The Sholay star replied saying that if she had continued to act, he (Amitabh) wouldn’t have been the superstar he is today. Over the past three decades, Jaya ji has done very few films but during her era i.e. the 70s and 80s, she was one of the prominent stars, and will continue to remain one! 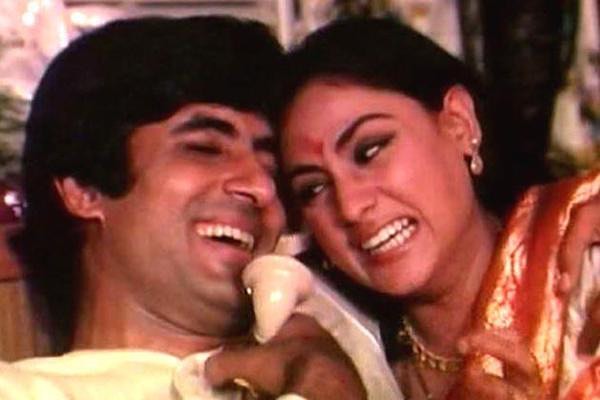 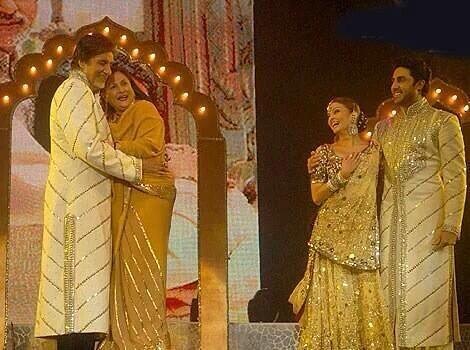 In an interview with a leading media daily, Abhishek Bachchan had shedded light on the equation between his mother, Jaya Bachchan and wife, Aishwarya Rai Bachchan. He had stated, “Ma and Ash gang up against me and they keep rattling on in Bengali. Mom knows the language because she is Bengali and Aishwarya had worked with Rituda (the late Rituparno Ghosh) in Chokher Bali, so she also can speak the language quite well. So whenever they have to team up against me, they start talking in Bengali”. After Aaradhya Bachchan’s birth, Aishwarya dedicated her time to her daughter and have always been a hands-on mother. Acknowledging Aishwarya for the way she takes care of her daughter, Jaya ji had said in an interview, “Sometimes I tease Aishwarya and I say Aaradhya is a very lucky girl because can you imagine having a nurse like Miss World Aishwarya!” Before Abhishek Bachchan and Aishwarya Rai Bachchan’s marriage, Jaya Bachchan talked about her then-prospective bahu on Karan Johar’s talk show, Koffee with Karan. She was then quoted as saying, “She is lovely. I love her. I have always loved her. I have never ever seen her push herself whenever we are all together. I like that quality of hers to stand behind. She is quiet. She listens and she is taking it all in. And another beautiful thing is that she has fitted in so well in the family. She knows who are our good friends.” (Also Read: Rohit Reddy Calling Wife Anita Hassanandani 'Bread Earner' Of The House Makes Him Best Husband EVER!) 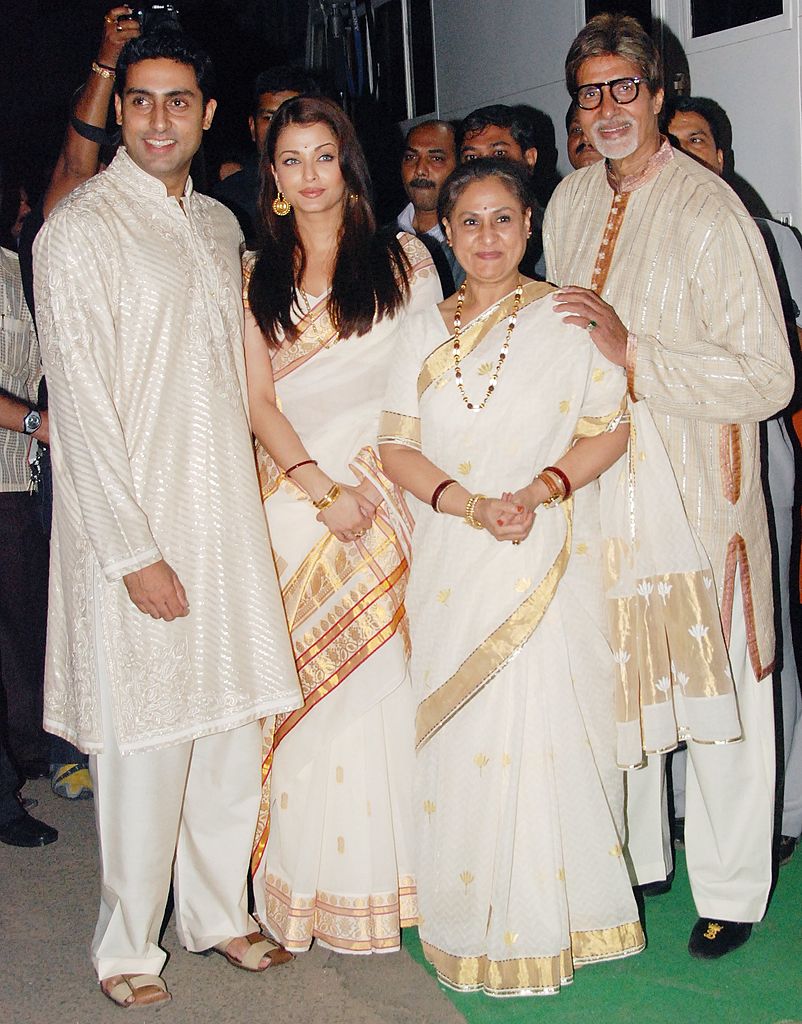 How did you like Jaya Bachchan, Aishwarya Rai Bachchan and Aaradhya Bachchan’s ‘happiness always’ picture? Keep us posted!