We all know, Aishwarya Rai Bachchan shares a very warm bond with her mother, Brindya Rai. Yesterday, on May 23, 2019, was Brindya ji's birthday and she made it special for her. Checkout!

A mother is a blessing in disguise. It is rightly said that God can never be everywhere, so he created mothers. A relationship between a mother and her kids hold a very special place in everyone’s heart. Such is a relationship shared by Miss World 1994 pageant winner and a fantabulous actress, Aishwarya Rai Bachchan and her mother, Brindya Rai. Whenever you spot Aishwarya anywhere, she always has her mother, Brindya ji's back. You will hardly find this gorgeous lady clicked alone. Correct us, if we are wrong! (You May Also Like: Mahhi Vij And Jay Bhanushali Are Expecting Their First Baby, Announce It In Unique Way (Pic Inside))

To make your loved ones feel special, you make the best possible plans for their birthdays and anniversaries. So, yesterday, on May 23, 2019, it was Aish’s mom, Brindya ji’s birthday. The day also happens to be her brother, Aditya Rai and sister-in-law, Shrima Rai’s wedding anniversary. As the day is already blessed with double celebrations, the family thought of making the best of it. 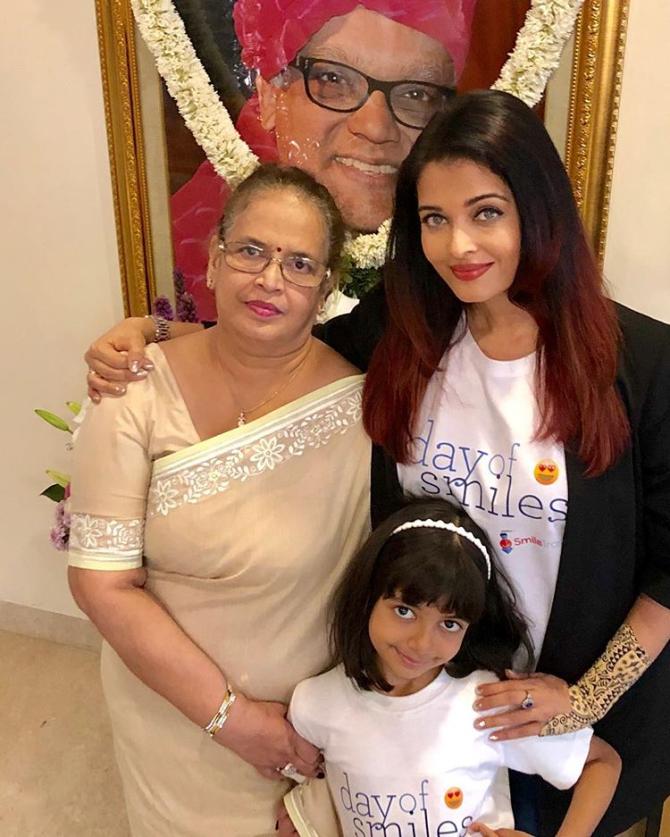 But before that let us tell you, how Aishwarya had wished her mommy darling, Brindya, on her official social media account. Aishwarya had taken to her Instagram handle and posted a lovely photo of her. Along with the same, Aish had captioned the picture as, "HAPPY BIRTHDAY DEAREST DARLING MOMMYYY-DODDAAA LOVE YOU ETERNALLY," along with hundreds of emoticons. Here’s the picture that she had shared: To celebrated both the occasions, her mother’s birthday and bhaiya-bhabhi’s anniversary, Aishwarya, Abhishek along with Aaradhya went out for a dinner party, where Brindya ji, Aditya and Shrima were also present along with their kids. On the special mini-party, Aishwarya was looking mesmerising in a peach suit and Abhishek sported a casual white t-shirt and blue jeans look. On the other hand, Aaradhya was looking like a princess in a white dress. Here are the pictures and videos from the celebrations: 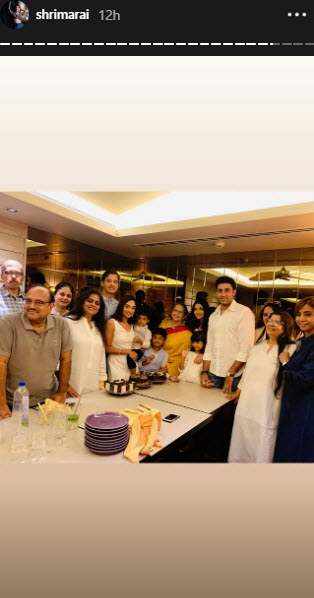 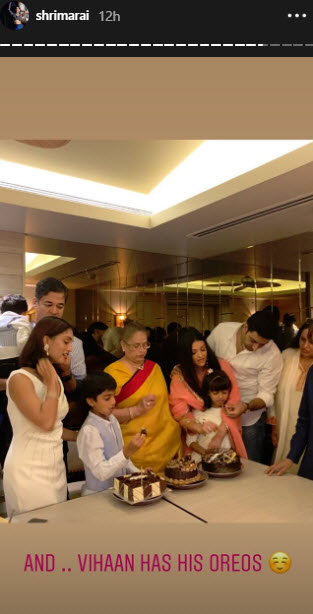 Yesterday, Aishwarya’s bhabhi, Shrima had taken to her official Instagram handle to share her love story with Aditya. Sharing the below picture, Shrima had penned, "So here is our story. I was living in India in my early 20’s and met Aditya at a dinner party where some family decided to play matchmaker. We spoke, got to know each other and post a 1-year long engagement I decided to settle in Mumbai with him 15 years ago." (Also Read: Varun Dhawan And Natasha Dalal To Have A Royal Wedding In Jodhpur Not In Goa? Details Inside) She had further written, "We are opposites in many ways tall, short, extrovert and introvert, but when it comes to the things that really matter like sushi or pizza. goa or Mangalore. and of course. our kids’ future. we somehow got that part down. So, here’s to us @aditya_.rai P.S- the house is still a mess; I went shopping again for the boys & I hid the cookies from you cuz you can’t resist I know & I keep you healthy!" (Checkout: Chhavi Mittal Shares Arham's Birth Plan, Reveals All Tests Were Done After She Held Him In Her Hands) 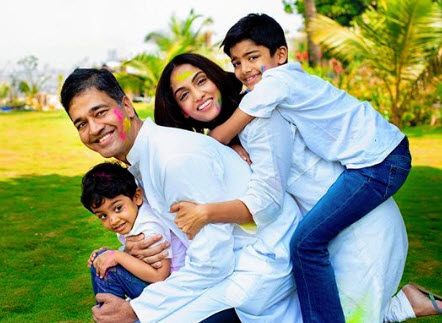 Coming back to Aishwarya, talking about her role as a parent in an earlier chat with The Indian Express, she had once said, “People ask me if it’s hard work. Parenting is, but something just clicks, it becomes a part of you. You don’t ever feel the onus of it at any point in time. It’s not pressure, there is no rule book, every day is new.” Talking about being a hands-on mom herself, Aishwarya had once shared in an interaction with the DNA, “I don’t think it’s fair to compare or gloat about that. I am the mother that I want to be and I keep saying this — being a working mother is immensely challenging because any parent, especially those who have to go to work early in the morning, cannot see their kids for hours. It’s not easy. Nobody wants to leave their kid and go work. I do admit that if the nature of my job allows for me to be able to have my child along, not feel the lack of my presence, then I am going to make the effort to accomplish that and at the same time, give her a very normal childhood and be a very normal mother to her daughter.” (Do Check: Arjun Kapoor And Malaika Arora Pose Hand-In-Hand For First Time As A Couple At Screening Of His Film) 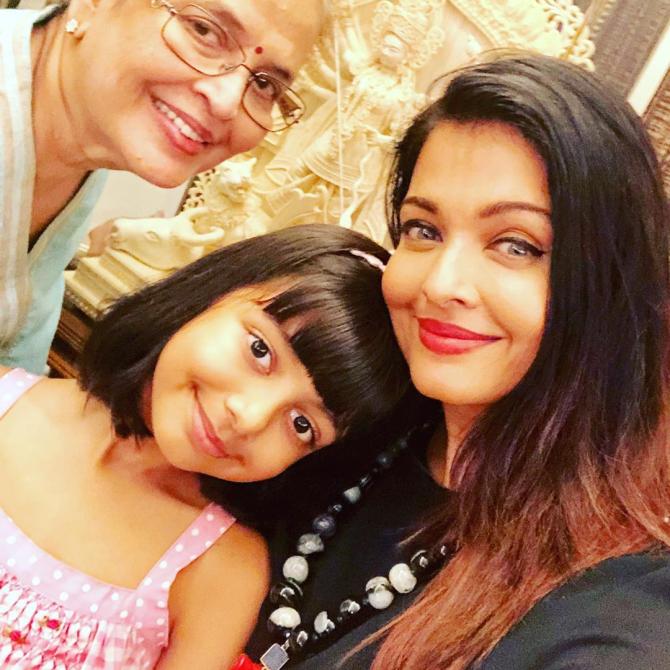 She had further gone on to add, “I do refer to my filming locations as an office because I want Aaradhya to understand that I am a working mother who goes to the office because that’s what it should be. ‘Shooting’ is a very strange term to her. Honestly, though, I never thought about it before marriage. Now I think it’s a really weird term. I’ve become conscious of the words I use around her, how she would interpret them. Like a shot is being taken, but why would you say that to a kid and so on. She is familiar with the visual medium, but I have never allowed her to get hooked on to it.” Aishwarya Rai Bachchan is one of the most loved actresses of Bollywood. She is not just a doting bahu of the Bachchan clan but a dutiful daughter too. Whether it is managing her professional commitments or family responsibilities, Aishwarya has been acing it all. She often treats us with glimpses of