Born as Smriti Malhotra, Smriti Irani is a destiny's child. The eldest of the three daughters, born in a cross-cultured family, Smriti was always a quiet one. Nobody would have thought that one day, she will have such a far reach.

They say that behind every successful man is a woman but here, we have a couple who supported each other equally to become successful in their respective fields. It is the love story of two friends who found perfect partners in each other.

Smriti Irani's Emotional Note For Daughter, Zoish Irani On Building A New Life Is Every Mother Ever

Recommended Read: The Unheard Love Story Of Rani Mukerji And Aditya Chopra Is Full Of Adorbs Smriti was a calm teenager who wasn't as ambitious as her other two sisters. But, the destiny had something else in its mind. By the time she turned 16, her interests changed. She started participating in plays and decided to go to Mumbai to try her luck. Soon, she got selected as one of the contestants for the Miss India contest and made it to the top 5. This marked the beginning of her modelling as well as struggling days.

"In 1998, I entered the Miss India contest without the knowledge of anyone in the family. I was nowhere near a beauty. So I was surprised to be short-listed and came to Mumbai to participate in the finals. My father was astounded at my decision to enter the contest. No one believed I could make it to the finals. I borrowed Rs 2 lakh from my father on the condition that I would return it. I came to Mumbai and began preparations to enter the final of the contest with earnestness. I had my contest outfit designed and made by Manish Malhotra. It cost me a bomb. I paid my fares to the training sessions and for my food. Eating out, travelling in Mumbai, taxi fares and living alone cost me a lot of money. Unfortunately, I came up to the last round but did not win. I was one of the final five contestants." While Smriti was giving auditions to land up some roles, she became friends with a Parsi businessman, Zubin Irani. Not even in their dreams, they would have imagined that this friendship was to remain for the rest of their lives. 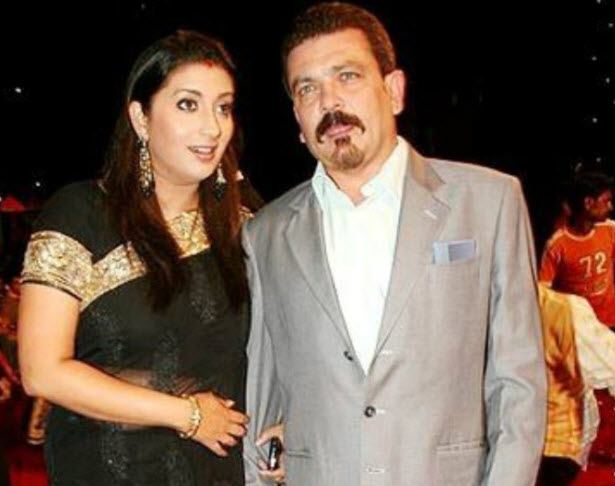 While Smriti was riding high on success following her TV shows like Kyunki Saas Bhi Kabhi Bahu Thi and Ramayan, Smriti and Zubin decided to take their friendship to another level. Zubin sent a wedding proposal to Smriti through his mother. Smriti has confessed many times that it is her husband's support that has kept her firm all these years. In 2001, the couple tied the knot and became friends forever. In an interview, Smriti gushed:

"I married Zubin because I needed him. I was consulting him, talking to him and meeting him every day. So we said why not marry and be best friends as well as a married couple. Both my parents and his agreed to our marriage and blessed us. I would never dream of marrying against the wishes of my parents because I believe strongly that hurting parents causes unhappiness and destruction for the couple." 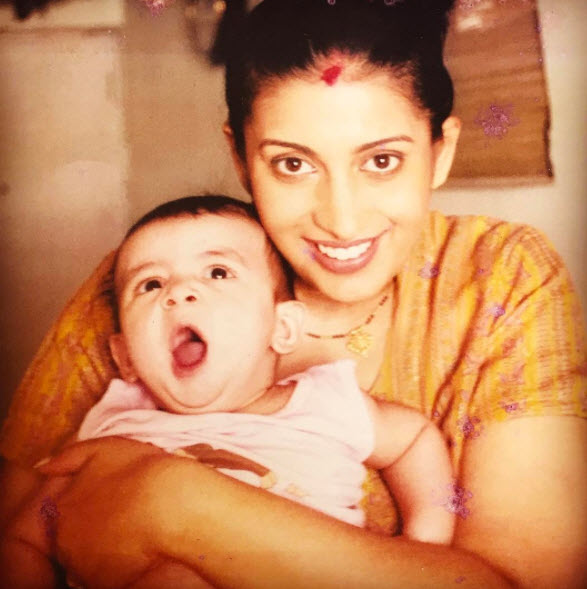 In 2001, the happy couple welcomed their first baby, whom they named Zohr, and by the end of 2003, baby girl, Zoish, graced their home. Smriti considers herself as a family person. For her, her children and her husband are her priorities. 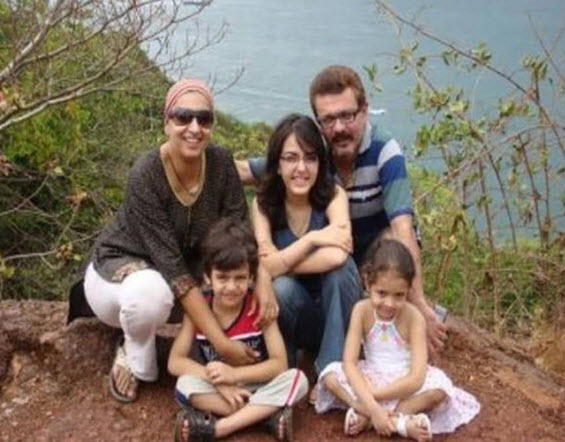 Declaring her preclude, in one of the interviews Smriti said:

"I hold my family and home as my first priority. People ask me how I can act in KKSBKBT, which promotes the Pati Parmeshwar culture. It is easy for me to do this kind of role because of Zubin Irani, my husband is my Parmeshwar. He comes first in all my priorities. But I am his Parmeshwar too. I come first in his life too. People say that after a child is born, a woman puts her husband on the back burner because the baby becomes her world. But Zubin is still the number one person in my life, despite the birth of Zohr, my son, a few months ago. I know that Zohr will leave us when he grows up. We both are for keeps. Zohr is one more link between us." Zubin was married to Mona Irani, a model coordinator when he became friends with Smriti. He divorced Mona due to some mutual differences, but the media claimed that it was his closeness with Smriti that led to the trouble in their paradise. However, this was far from the truth. Smriti and Mona are good friends and Smriti considers Zubin and Mona's daughter, Shanelle, as her own.

"I’m lucky to have Zubin, who is an asset to me. People are surprised that my marriage is so successful despite his earlier divorce. But I’m friends with Mona, his ex-wife and their daughter Shanelle. Their differences are none of my business. My life with him and the two children are my business and I want to do my best." 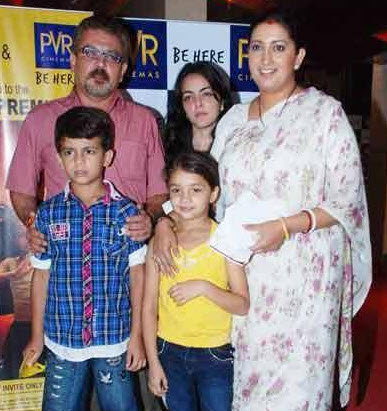 They consider themselves a family of six and enjoy each other's company. She shares a great bond with her step daughter, Shanelle. They are more like friends and are very fond of each other.

Zubin and Smriti together make a power couple. While Smriti is making her name in the political world, Zubin is enjoying his successful business. As a couple, they have proven that you can reach heights if you support your partner.

Smriti Irani's Emotional Note For Daughter, Zoish Irani On Building A New Life Is Every Mother Ever