'The Family Man' and National Award Winning actress, Priyamani and her husband, Mustafa Raj's love story hold a special place in the hearts of cricket fans. Details inside!

South Indian actress, Priya Vasudev Mani, professionally knows as Priyamani, is often regarded as one of the most talented actresses of all time. The Paruthiveeran actress is a National Film Award recipient and has also garnered a lot of fame across the country with her acting in high-rated OTT series, The Family Man.

Talking about her personal life, Priyamani is married to her longtime boyfriend, Mustafa Raj, and their love story holds a special place in the hearts of cricket fans in particular. The stunning couple rarely shares pictures and videos with each other on social media, but in interviews, Priyamani never misses a chance to highlight her husband, Mustafa's vital role in her successful career in films. Their love story and how they treat each other teach modern couples a lot of things about love, patience, and trust.

Recommended Read: Love Story Of Karan Mehra And Nisha Rawal: From Love Marriage To Being On The Verge Of Divorce South Indian actress, Priyamani had made her acting debut in 2003 with the Telugu film, Evare Atagaadu, which wasn't a huge success at the box office. But in the next five years, she had done six films and proved that she has the pedigree to become one of the leading actresses of Indian cinema. In 2007, she portrayed the character of a village girl named Muththazhagi in the film, Paruthiveeran that had changed her career once and for all. 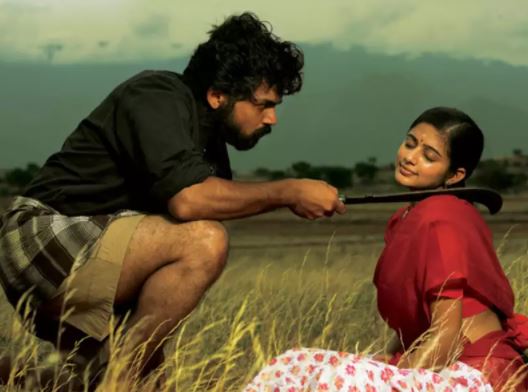 Priyamani had received National Award for Best Actress and a Filmfare Award for Best Actress in Tamil for her incredible performance in the film. After which, she had starred in hit movies, and series like Raam, Malaikottai, Golimaar, Raavanan, Pellaina Kothalo, The Family Man, and the list goes on. While everyone is aware of her professional achievement, not many people are aware of Priyamani's family background and relations, which is interesting and quite unique, like her films. On June 4, 1984, Priyamani was born in Bangalore, Karnataka, into a Tamil family, while on one side, her father, Vasudev Mani is in the plantation business. On the other side, her mother, Lathamani was a former national level badminton player, who later worked as a bank manager in the Union Bank Of India. Priyamani also has an elder brother named Vishakh, who also works with their father in the plantation business. South Indian actress, Priyamani is the second cousin of National Award-winning actress, Vidya Balan, and the unknown fact about two of the most talented actresses in Indian cinema is truly fascinating. However, we haven't seen Vidya and Priyamani together at any casual outing, family gathering, or award ceremonies. Once during the press conference of her film, Rakht Charitra II, Priyamani had confirmed that she is Vidya Balan's second cousin and had also talked about their bonding. Priyamani had said,

"Yes, we're second cousins. We haven't been in touch on a personal level -- not to her, but I'm in touch with her father. Whenever I come to Mumbai, I make it a point to call her dad. If possible, I would love to meet Vidya someday, because being cousins is a secondary thing, but as an actor, I'm extremely proud of her, and with the body of work that she's done, she's a fabulous actor."

Priyamani is the niece of iconic playback singer, Malgudi Subha His Story actress, Priyamani's family connections are widely spread in the entertainment industry. The perfect example of the same is the lesser-known fact that she is the niece of iconic playback singer, Malgudi Shuba. It was in March 2016, when Priyamani and her mami, Malgudi Subha were spotted together inside a film studio. 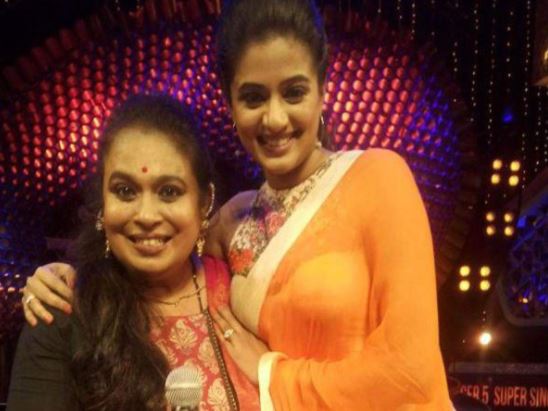 While on one side, Priyamani was shooting for her dance reality show, King of Dance. Her mami, Malgudi Subha was filming for her singing show, Super Singer. The rare picture from their unplanned meeting is just priceless, as the mami-bhanji duo could be seen posing for the photo with their brightest smiles. 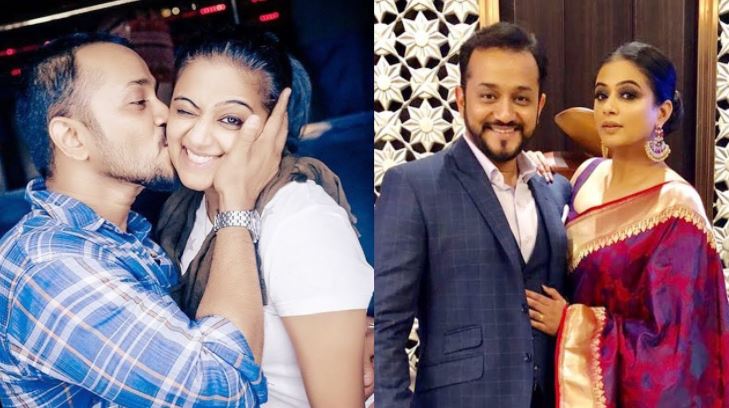 Actress Priyamani and Mustafa Raj's first meeting had happened during an IPL (Indian Premier League) match in Bangalore. Priyamani had gone there to attend the match of her team, as she was the brand ambassador of one of the cricket teams in the tournament. On the flip side of the story, Mustafa Raj was the event manager of the tournament. The duo had met each other, but it was more of an official meeting.

However, it was their meeting in Kerala, where Priyamani and Mustafa Raj had met each other in more of a casual manner. According to multiple media reports, the two were in close contact and had gradually become good friends. Priyamani and Mustafa had continued their friendship for the next four years, and in-between those years, the two had also started developing likeness for one another.

When Mustafa proposed Priyamani on the sets of 'D for Dance' 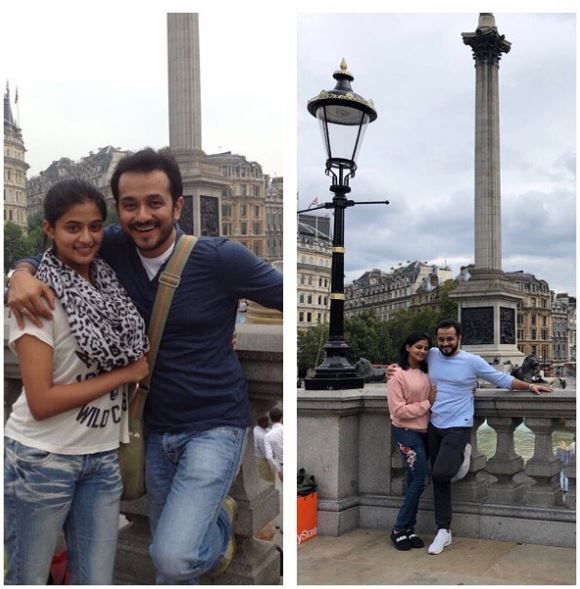 From leading newspapers to online news portals, everyone was talking about Priyamani and Mustafa Raj's growing closeness. The clips from their appearance at the IPL matches had also gone viral on the internet. Amid the ongoing speculations, it was in the grand finale episode of the popular dance reality show, D for Dance, when Mustafa had proposed Priyamani on national television. 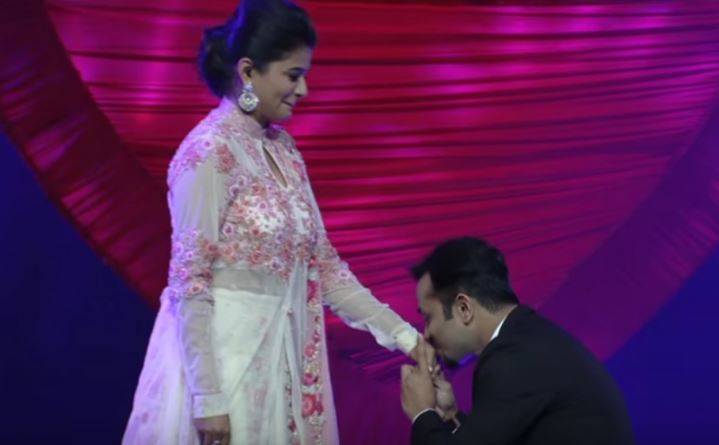 Ending all the speculations and putting reports to rest, Mustafa Raj's surprise appearance on the show in which his ladylove, Priyamani was one of the jury members, had won everyone's hearts. Here's the clip of the memorable moment down below: 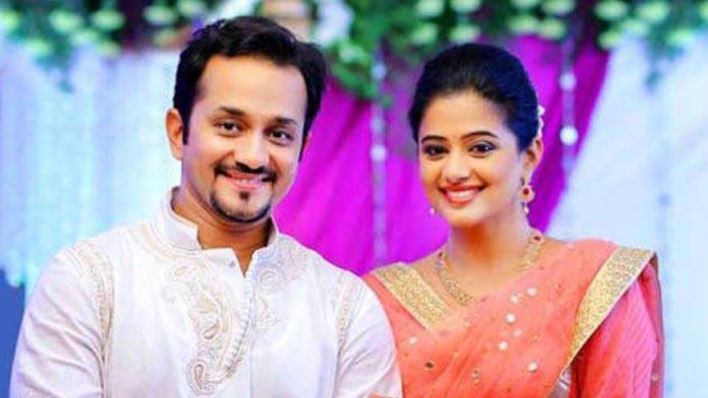 The gorgeous diva, Priyamani got engaged to her longtime boyfriend, Mustafa Raj, on May 27, 2016, in an intimate engagement ceremony. According to a report in Onmanorama, the special function was attended only by the close family members and relatives of Priyamani and Mustafa. 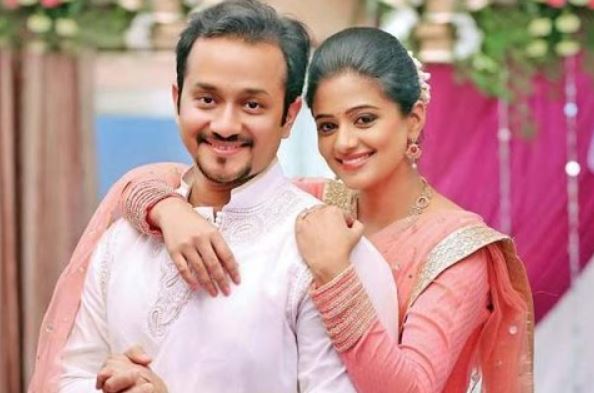 Priyamani had donned a lovely pink colour saree for her engagement and had looked breathtakingly beautiful on her special day. On the other side, her fiance, Mustafa Raj could be seen wearing a white colour kurta and was at his absolute best. The cutesy picture from Priyamani and Mustafa's engagement had gone viral on the internet at that time. At their wedding, the actress had donned a traditional green saree, along with flowers and gold ornaments. Talking about the groom, Mustafa Raj, he had sported a simple kurta and had looked handsome. 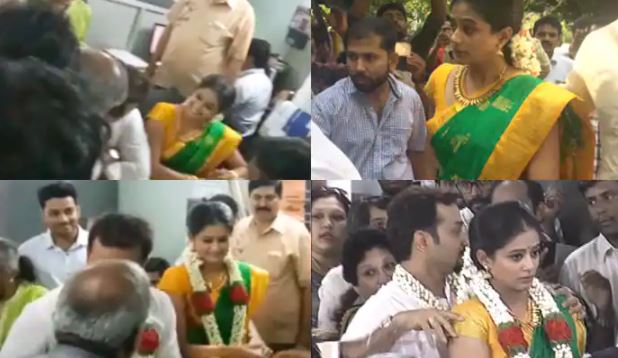 In an interview with Deccan Herald before her marriage, Priyamani had stated that she and her fiancee, Mustafa Raj had always wanted to have a simple wedding, which is what they're going to do. In the same interview, Priyamani had praised her then-boyfriend, Mustafa, for being super-supportive and loving to her all the time.

When Priyamani reveals her husband, Mustafa's impact on her career 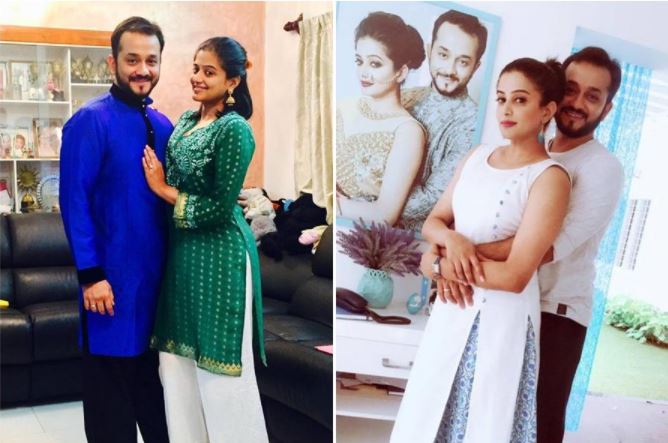 In an interview with a Telugu daily, Eenadu, Priyamani had revealed how her husband, Mustafa Raj, had played a crucial role in her film career after their marriage. The actress had revealed that her husband is the one, who had supported her in balancing home and work efficiently. Priyamani had explained,

"I am very happy that I have a very good family. I have been able to do well in the film industry only because of the support that my family gives me. I could join the shoot of my films just three days after my wedding."

Priyamani and Mustafa Raj's net worth South Indian actress, Priyamani's net worth is reportedly around 3 million USD, and the gorgeous diva charges Rs. 50 to 60 lakh INR for one film. The actress also owns a bungalow in Bangalore, Mahindra Xylo, and Volkswagen Polo. 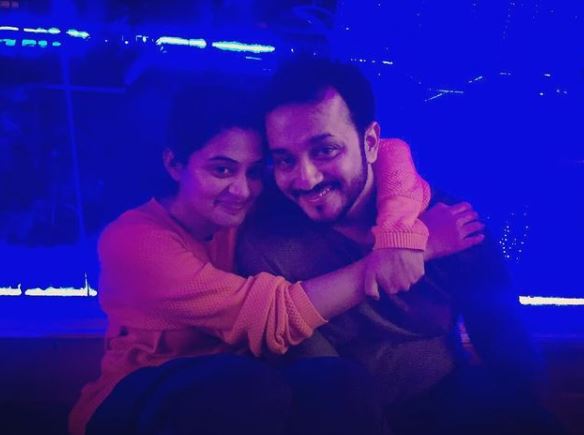 Mustafa Raj is not just an event manager but also a renowned industrialist from Mumbai. According to reports, Mustafa is the owner of an event company by the name, Zing Events & Promotion Pvt. Ltd. And his estimated net worth is around 13 million USD.

There's no doubt that Priyamani and Mustafa Raj are madly-in-love with each other and gives us many serious couple goals. The cutesy jodi always keeps their happy private life off from the flashes of paparazzi and headlines of tabloids, which is why they're everyone's favourite.