If the reports are to be believed, Ajay Devgn is all set to bring 'chacha-bhatija', Abhay Deol and Karan Deol together in a Tamil remake. Details inside!

Bollywood is currently facing the wrath of the public for being nepotistic in their approach and allowing star kids to take over. However, it is also not a lie that star kids have first-hand knowledge of the Bollywood industry, thus, making it easy for them to be a part of it. It is also true that they have the privilege of easy access to the glamour world. Nonetheless, whatever the debate be, we all wish to watch the star kids in the glamour world and it becomes sone pe suhaaga if we get to witness the family bond on-screen. (Also Read: Teejay Sidhu Clarifies If They Have Found The Gender Of Baby In Canada, Reveals What She Wants)

The Deol family is a much-hit in Bollywood and has millions of fans. Dharmendra ji and his sons, Sunny Deol and Bobby Deol together have a hit film franchise, Yamla Pagla Deewana and their fans wait for other instalments of the film. However, while we have witnessed the legendary Deols together, we have always wished to witness another ace actor from the Deol family, Abhay Deol with the trio. Well, if not that, Ajay Devgn might bring the chacha-bhatija jodi of Abhay Deol and Karan Deol together. Karan is the son of Sunny Deol and had made his acting debut with the film, Pal Pal Dil Ke Paas in 2019. 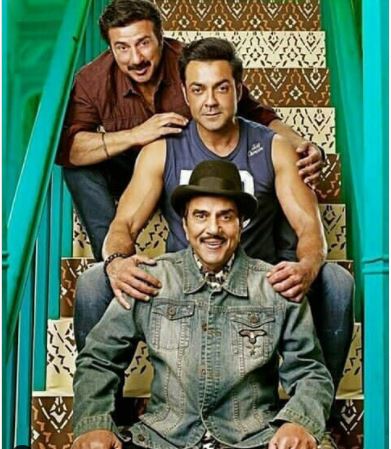 Ajay Devgn is locking the scripts for his production house and if the reports are to be believed, the actor has bought the rights of a 2019’s Telugu crime comedy, Brochevarevarura and plans to bring Karan Deol and Abhay Deol together. The film is titled Velley and we are sure it is a good news for Deol family's fans. According to a Mumbai Mirror source, “Velley is the official adaptation of Telugu crime comedy, Brochevarevarura. Ajay loved the concept and instantly bought the rights for it, so he could take it to a pan-India The script is currently being written.” The source further spilt the beans about Abhay and Karan sharing the screen for the very first time, “Abhay is known for high concept films and Brocheverevarura is one of the most unique ideas in recent times. Karan is excited to team up with his uncle for the first time If they come on board, there will be multiple script reading sessions and workshops before the film goes on the floors.” 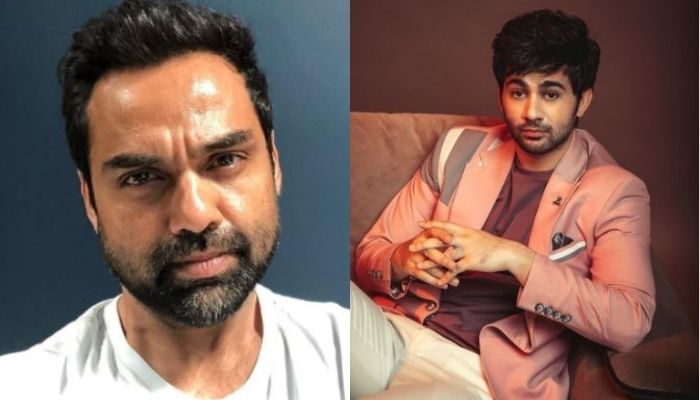 Talking about Karan’s debut film, Pal Pal Dil Ke Paas, the movie was directed by his father, Sunny Deol and in an interview with the Mumbai Mirror, Sunny had talked about directing his son for his debut film. He had talked about the nervousness and had shared, "I remind myself that I did, so he will too. Still, given that he comes from a protective family, it’s good I’ve directed his first film. It’s important for a newcomer to be fathered and while filmmakers in our time were more approachable, the scenario has changed today." Sunny had further shared that he could relate how his father, Dharmendra would have felt while directing his debut film, Betaab. He had stated, "I was the first in our generation to be launched and this film made me realise what my dad (Dharmendra) must have gone through during Betaab (Sunny's debut film). Unless you become a father yourself, you can’t empathise with this pain, fear and love." (Don't Miss: Varun Dhawan Reveals His Girlfriend, Natasha Dalal Rejected Him Multiple Times, He Didn't Give Up) If we talk about Abhay Deol, he has been a huge hit on the web these days. The actor was in news for some time for his love life. According to SpotboyE, Abhay Deol had found love again, after ending his 4-year-long relationship with Preeti Desai. It was said that Abhay is dating a Celebrity Manager-cum-Artist, Saireena Mamik. The portal had quoted a source revealing that the two have been together since the past 2 years and had spent their quarantine period together. The source was quoted as saying, “At the moment, they are spending time together. Saireena is spending her quarantine period at Abhay’s residence.” Although Abhay has not confirmed the reports! (Don't Miss: Neha Kakkar And Rohanpreet Singh Announce The News Of Their Pregnancy With An Adorable Picture) Are you excited to see Abhay Deol and Karan Deol in a movie together?