Abhay Deol shared a heart-melting note for his uncle, Dharmendra and revealed how his journey has inspired him to fight for his place in the industry, calls him 'dad'. Take a look

The untimely demise of late Bollywood actor, Sushant Singh Rajput had encouraged many celebrities to come out and raise their voice against the existing nepotism in the industry. Among many, one actor, who has raised his voice against this issue is Dev D, Oye Lucky! Lucky Oye!, and Chopsticks fame, Abhay Deol. The actor had revealed in a lot of interviews in the past that it is his open comments about nepotism, that had cost him a lot of things in his career. But the actor continues to flourish in the hearts of his fans with his stellar performances in movies. (Recommended Read: Amitabh Bachchan Wonders How Did His Kids Grow Up, Shares A Rare Photo Of Shweta And Abhishek)

Now in his recent Instagram post, the actor has revealed that his uncle, Dharmendra is the one, who has been a source of constant inspiration for him throughout his career. Scroll down to read his emotional post! On July 11, 2020, the Zindagi Na Milegi Dobara actor, Abhay Deol took to his Instagram handle and posted a collage consisting him and his uncle, Dharmendra’s picture showing the uncanny resemblance between the two. Along with the collage, the actor wrote a lengthy note in which he has revealed how Dharmendra’s journey from being an outsider to a cinema legend in Bollywood has encouraged him time and again in his career to make a name for himself in the film industry. Abhay’s long note can be read as “My uncle, whom I affectionately call dad, was an outsider who made it big in the film industry. I’m glad there is an active debate on the practices behind the scenes. Nepotism is just the tip of the iceberg. I’ve only ever made one film with my family, my 1st, and I’m grateful to be blessed and have that privileged. I’ve gone that extra mile in my career to make my path, something that dad always encouraged. For me, he was the inspiration.” Going further in his note, Abhay has revealed the experimental trick he has used in his entire career because of which he could be a part of some tremendously successful out of the box movies. In his words, “Nepotism is prevalent everywhere in our culture, be it in politics, business, or film. I was well aware of it and it pushed me to take chances with new directors and producers throughout my career. That is how I was able to make movies that were considered “out of the box.” I’m glad some of those artists and films went on to have tremendous success.” (Don’t Miss: Hardik Pandya's Wife, Natasa Stankovic Flaunts Her Diamond Ring And It Looks Like Every Girl's Dream) The talented actor then highlighted the way the caste system has been mixed with nepotism to produce an even much more dangerous situation in the country. His note continued, “While it plays a part in every country, nepotism has taken on another dimension here in India. I suspect caste plays a major role in it being more pronounced here than in other parts of the world. After all, it is “jati” that dictates that a son carry on the work of his father, while the daughter is expected to marry and be a housewife.” 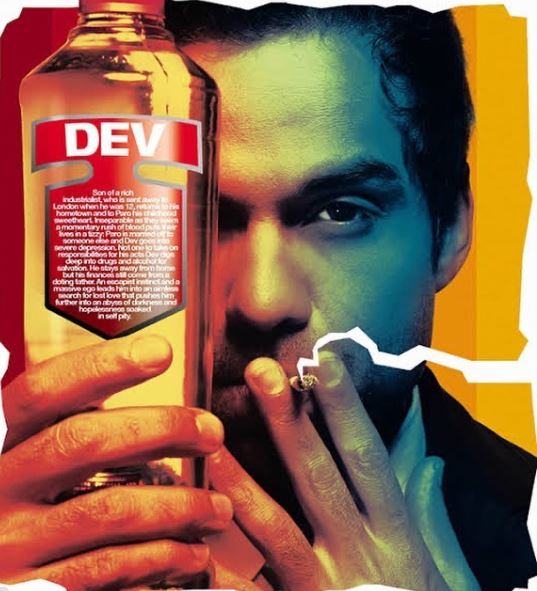 In the end, Abhay Deol has encouraged other celebrities and people to come out and talk about the existing and much-ignored nepotism in the film industry. Because of which, the careers of a lot of talented actors have ended. His concluded his note as “Talent everywhere deserves a chance to shine in his or her medium. As we have learnt over the past few weeks, there are several ways in which an artist is either uplifted to success or beaten down to failure. I’m glad more actors are coming out today and speaking of their experiences. I’ve been vocal about mine for years now, but as a lone voice, I could only do so much. It’s easy to smear one artist for speaking out, and I have been at the receiving end from time to time. But as a group, a collective, that becomes difficult. Maybe now is our watershed moment.” (Also Read: Tina Ambani Pens A Lovely Birthday Wish For Shloka Mehta, Calls Her A 'Wonderful Addition' To Family) Do you agree with the points raised by Abhay Deol? Let us know!