Aamir and Kiran along with Ira, Azad, Imran and his daughter, Imara Malik Khan are at the Gir National Park to celebrate their 15th wedding anniversary!

The year-end calls for a celebration, and especially the end to the dreadful year, 2020 demands an even bigger celebration courtesy to the sigh of relief we all would be taking on the night of December 31, 2020. People have jetted off to various holiday destinations to celebrate the arrival of the new year. Bollywood actor, Aamir Khan along with his wife, Kiran Rao and his kids, Azad Rao Khan and Ira Khan was spotted at the airport on Saturday, December 26, 2020. (Recommended Read: Dipika Kakar Opens Up About Fights With Her Husband, Shoaib Ibrahim, Calls Him 'Grumpy')

Today, i.e. December 28, 2020, marks the 15th wedding anniversary of Aamir Khan and Kiran Rao. Aamir Khan's kids from his first wife, Ira Khan and Junaid Khan share a great camaraderie with their stepmom, Kiran Rao and their half brother, Azad Rao Khan. The family along with Aamir Khan's nephew, Imran Khan and his daughter was spotted at the Mumbai airport, and we had speculated that the star family had jetted off to an undisclosed location for the grand anniversary celebrations. Now we know where they were headed to. Scroll down to find out!

As per the reports by ANI, Aamir and Kiran along with Ira, Azad, Imran and his daughter, Imara Malik Khan are at the Gir National Park to celebrate their 15th wedding anniversary. The report also stated that the actor spoke to the media and interacted with his fans too before heading for a 3-day Gir Forest Safari. While interacting with media, Aamir called Gir a 'beautiful place.' He also talked about how the experience has been for him at Gir and urged fans to come to Gir National Park for a holiday. He then revealed that his entire family had come with him and that they are around 50 people. 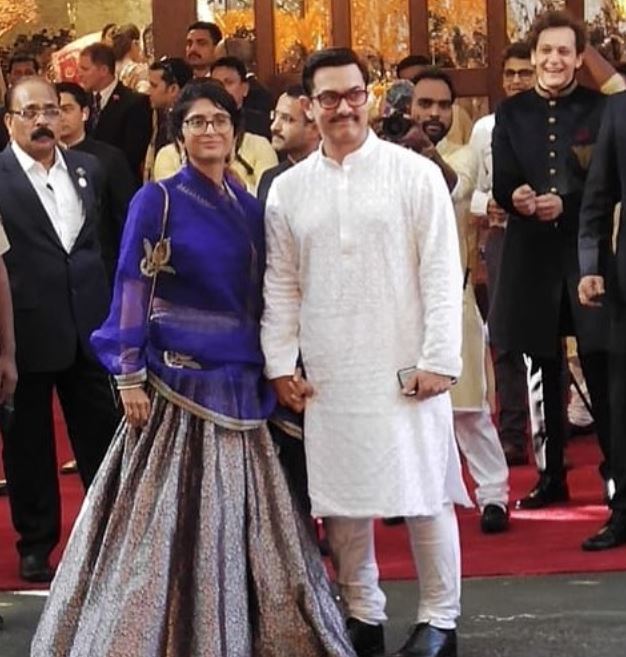 As aforementioned, Aamir Khan's kids from his first wife share a warm bond with their half-brother, Azad. On Azad’s 8th birthday, his half-sister, Ira Khan, daughter of Reena Datta and Aamir Khan, had taken to her Instagram and had posted a heartfelt wish for the little one. She had written a caption that could be read as “You adorable ball of cuteness! Happy Birthday, Azad. What a cool kid you're turning out to be! I can't wait to get to know you better. I hope I can be at least half the older sibling to you that Junaid was to me. Happy growing up! #babybrother #birthday #happybirthday.” (Also Read: Bigg Boss 14: Rakhi Sawant's Husband, Ritesh Reveals When And Why He Is Entering In The Show)

Ira Khan had spent most of the lockdown with her father, Aamir Khan at his house. Aamir had once made a hilarious cameo in his daughter, Ira's workout video. Although he had not joined her for the workout, but he had definitely waved a 'hi' for their fans. For those who don't know, David Poznic had trained Aamir Khan for his films, Dhoom 3 and PK. In the video, shared by Aamir's fan page, we could see Aamir crashing in his daughter's workout video, and David had asked, "Do you want to do some push-ups, handstands and squats with Ira?" The actor had refused and had just waved a ‘hi’ and Ira had said, "Next time, I will force him."

Ira Khan shares a lovely relationship with her stepmom, Kiran Rao, and, the latter also loves her like her own daughter. On the occasion of Eid 2020, Ira had surprised her fans and family by draping a saree which was a gift from her step-mommy, Kiran. Ira had taken to her Instagram handle and had posted a couple of pictures in a beautiful red saree. She had revealed how she had tried to drape the saree first time on her own and her caption could be read as "Eid Mubarak! From me and my successfully-self-draped-saree to you!" Ira, in her comments, had also revealed that the saree was a gift from her stepmom, Kiran Rao. (Don't Miss: Arpita Khan Sharma Got A Six-Tier Carnival Themed Cake For Her Daughter, Ayat's First Birthday Party) 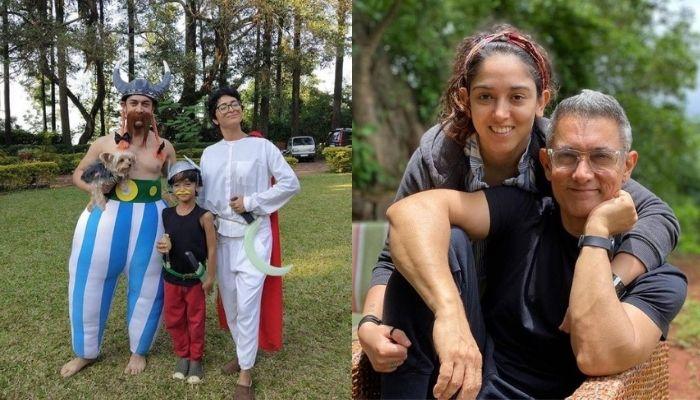 The holiday season is here, and people are jetting off to their favourite holiday destinations to wash off the fatigue of the nightmare, that the year 2020 was. Last year, we had seen Gstaad be the go-to holiday destination for Bollywood celebrities for Christmas and new year as Anushka Sharma-Virat