Your childhood is undeniably your most golden period of life. We all, in our 20s, carve to go back to the good old school days, and our childhood. One of the biggest memories of the same, in our minds, is the comics we would read day and night hiding beneath our school books. Those superheroes and animated animals, fairy tales and Gothic stories become a part of our pop culture eventually. And two words which flash across our minds when we say comics are 'Asterix' and 'Corsica'. (Suggested Read: Priyanka Chopra's Mumbai House Is All Decked Up For Her Big Fat Wedding With Nick Jonas [VIDEO])

Aamir Khan and Kiran Rao have turned into Asterix characters for their son, Azad Rao Khan’s pre-birthday party! Yes, Aamir has shared a few glimpses from Azad’s pre-birthday bash on his Instagram handle and of course, the birthday boy himself is dressed as the titular character, Asterix. We all know that Asterix’s friend was Obelix, and guess who turned up dressed like him? Yes, it was papa Aamir! Two friends, in character and in real life, literally! Mommy Kiran donned herself as Getafix, the druid. Take a look at the photos from Azad’s Asterix themed costume party and their beautiful captions: 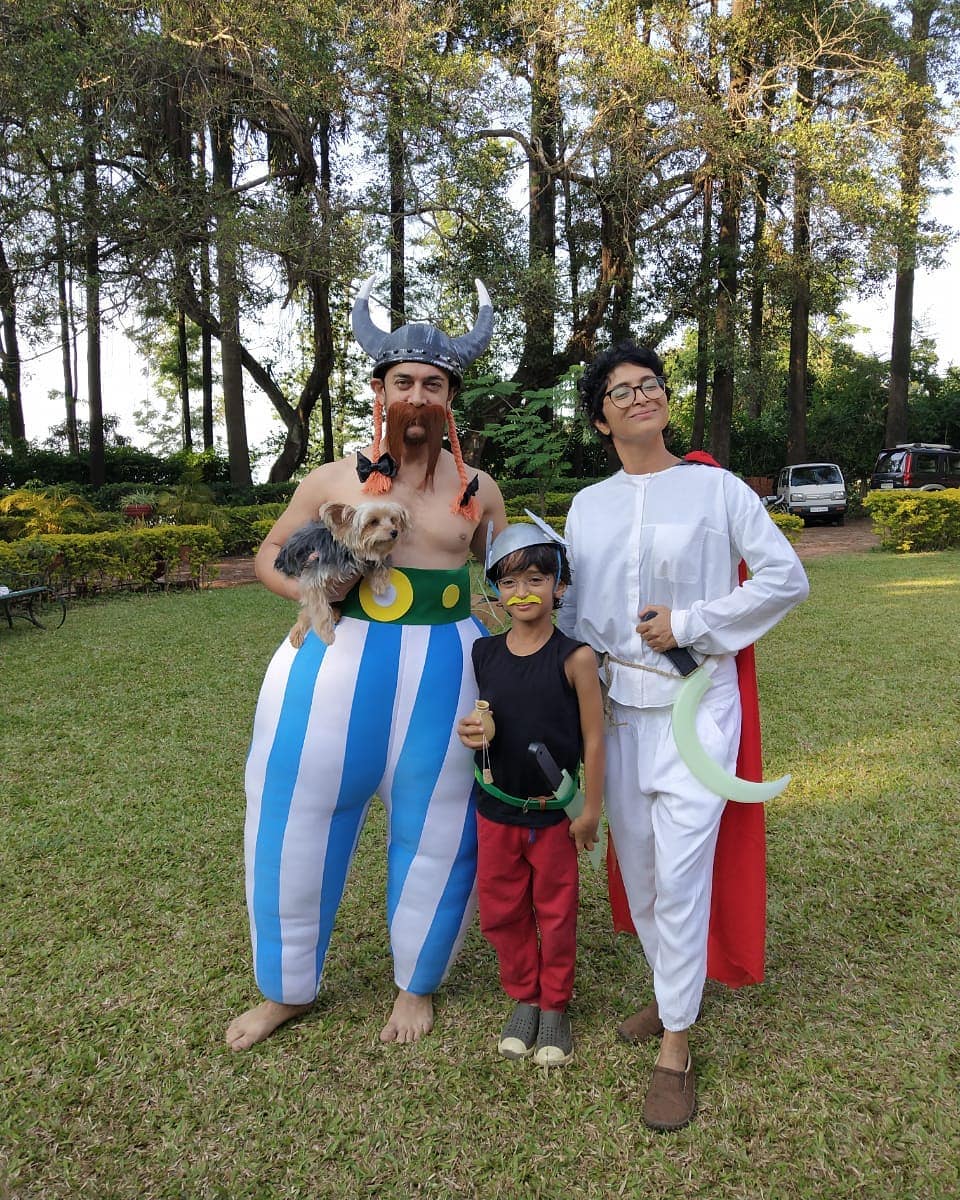 Obelix waits in line for the magic potion, while Asterix is drinking his dose: 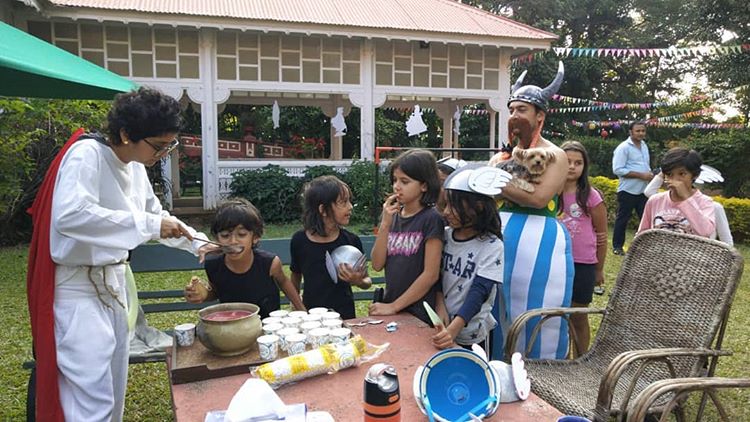 And Obelix is refused the magic potion by Getafix: Azad Rao Khan is definitely a spitting image of his parents, Aamir and Kiran in the above pictures, right? For those who do not know, Aamir has three children- Junaid, Ira (from his first wife, Reena Dutta) and Azad (from Kiran Rao, born through surrogacy). Talking about his three children to a media portal and detailing out what they are doing in their lives, Aamir shared, “My son Junaid (24) has just started interning with me. Not just in my films, but in everything I do, including my NGO Paani Foundation. My daughter Ira (20) is studying liberal arts at the Utrecht University in the Netherlands. She’s a fantastic painter. I keep asking her to pursue it seriously. But, bachchey sunte nahi hain. My youngest, Azaad, is six now. He’s totally mast. He likes spending time with me, but I suspect that he doesn’t miss me much even when I can’t.” 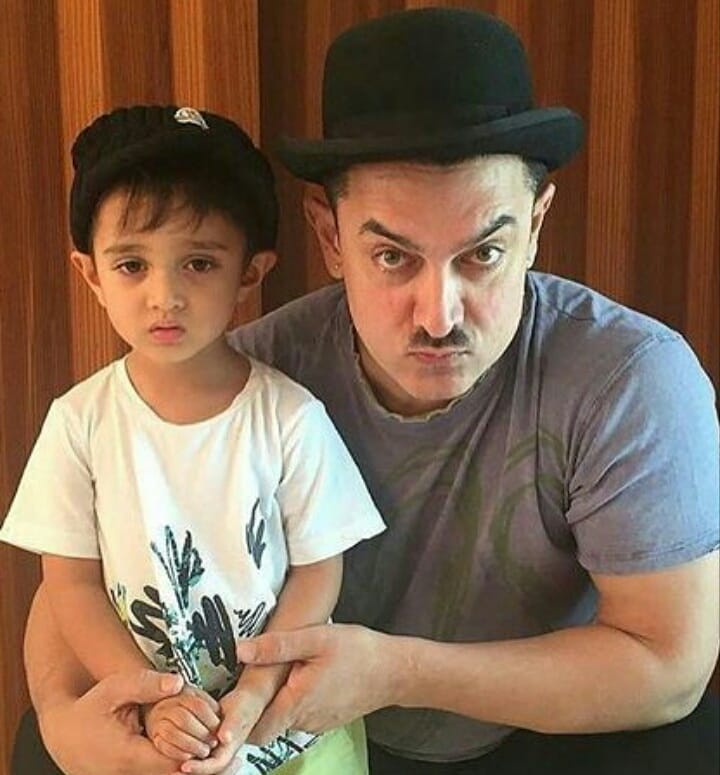 Coming back to Azad, he was born on December 05, 2011 through surrogacy. Post Azad’s birth, Aamir had openly said, “Due to medical complications, we were advised to have a baby through IVF-surrogacy, and we feel very grateful to the Almighty that all has gone well. We are humbled by the greatness of God and the miracles of science.” His support towards encouraging surrogacy was highly praised. (You May Like: Arjun Kapoor Once Broke Up With A Girl On Ranbir Kapoor's Advice And Regretted Seven Days Later)

In an interview recently, Aamir shared how he spends time with Azad. He said, “I only do two things for him. I used to take him every day at 4 pm to play tennis. I’d sit for one hour while he’d play. Whenever I’m in Mumbai, I make sure I’m at home latest by 7 pm so that I’ve dinner with him or rather he sits with me and has his dinner.” Speaking of Azad and surrogacy, during that period Aamir also proved to be a caring husband. He had shared, “We are very proud of the whole thing. She had a number of miscarriages. We realised that her uterus lining is very thin for her to carry the baby for nine months. Which is why we opted for this method.”

Aamir recently shared how he fell for his current wife, Kiran after going through the traumatic phase of separation from his first wife. He said, “I met Kiran when I was doing Lagaan. She was one of the ADs (assistant directors) on that but at that time, we didn’t have any relationship, we were not even great friends. She was one of the people on the unit. It was after my separation and divorce after some time that I met her again.” Adding further, he retorted, “In that moment of trauma, her phone came, and I talked to her on the phone for half an hour. And when I put the phone down, I said, ‘My God! I feel so happy when I talk to her.’ It struck me in that instant that when I am talking to her I am so happy. I like strong women - my first wife Reena and my second wife Kiran. I like people who are strong, I don't want to break them down like women and men.” (Don't Miss: Deepika Padukone And Sabyasachi Mukherjee Trolled Again For Her 'Frida Kahlo Inspired Look') 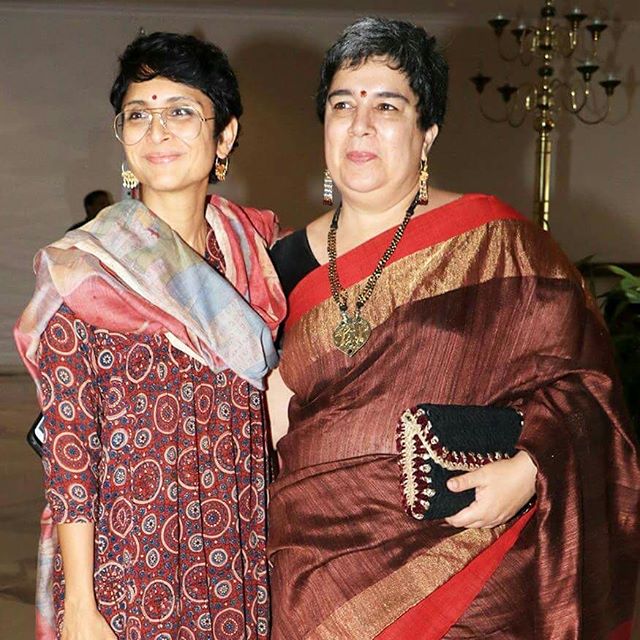 Guys, how did you like the photos from Azad Rao Khan’s Asterix themed pre-birthday bash? Share your comments below. 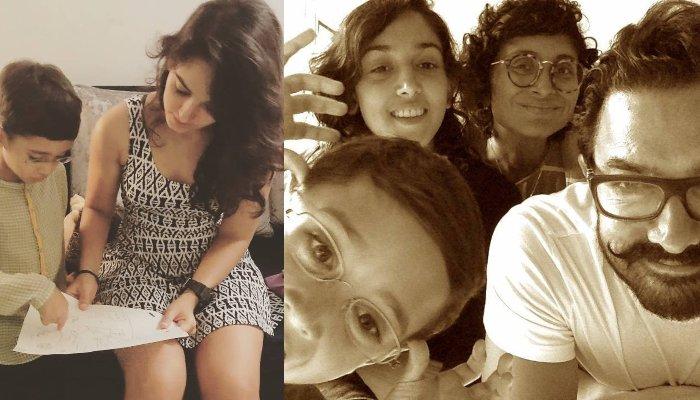 If you find bumping into your ex at a party ‘awkward’, you should probably take innumerous cues from the inmates of the Tinseltown. Stars that we never ever thought of sharing screen space together are often found dating one another, ex-couples sitting together and making each other feel all ‘cool’ about