Alia Bhatt made shocking revelations about her relationship with her husband, Ranbir Kapoor, in the 'Koffee With Karan' season 7. Read on!

Koffee With Karan season 7 premiered on Disney+Hotstar on July 7, 2022, and every scoop from the first episode is making the headlines. The first episode of the cult show featured the ‘freshly minted dulhaniya’, Alia Bhatt and the ‘eternal dulha’, Ranveer Singh, for a fun and lively conversation. As the chat show began, Alia made some never heard before revelations about her relationship with her husband, Ranbir Kapoor, which are too cute to be missed.

From talking about his ex-girlfriends, and their secret relationship philosophy engraved on her engagement ring to the 'mind-blowing' proposal of Ranbir, Alia gave a juicy opening to the show that it always deserved. Here's a list of 9 things that Alia Bhatt revealed on the couch of Koffee With Karan season 7. Check out! 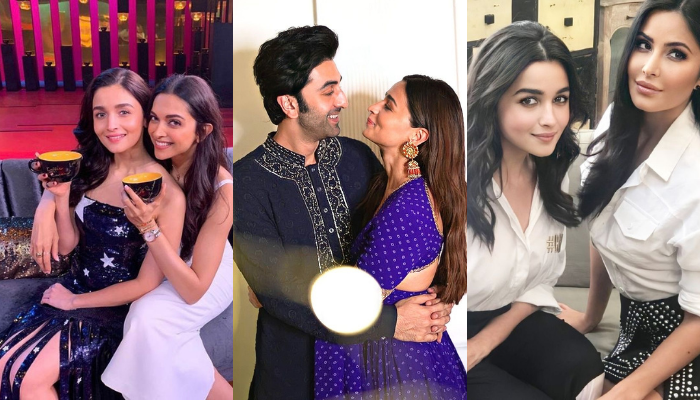 In a recent candid conversation with the director and host of Koffee With Karan season 7, Alia Bhatt addressed her bond with Ranbir Kapoor’s ex-girlfriends. When Alia was asked whether she would like to be friends with her ex-boyfriends or her husband, Ranbir Kapoor’s ex-girlfriends, she picked the latter. Indicating Deepika Padukone and Katrina Kaif, Alia said that she loves them both, and they love her too. In her words:

“I think I know how to stay friends with my partner’s ex. I am very good friends with his exes. I love them both.” 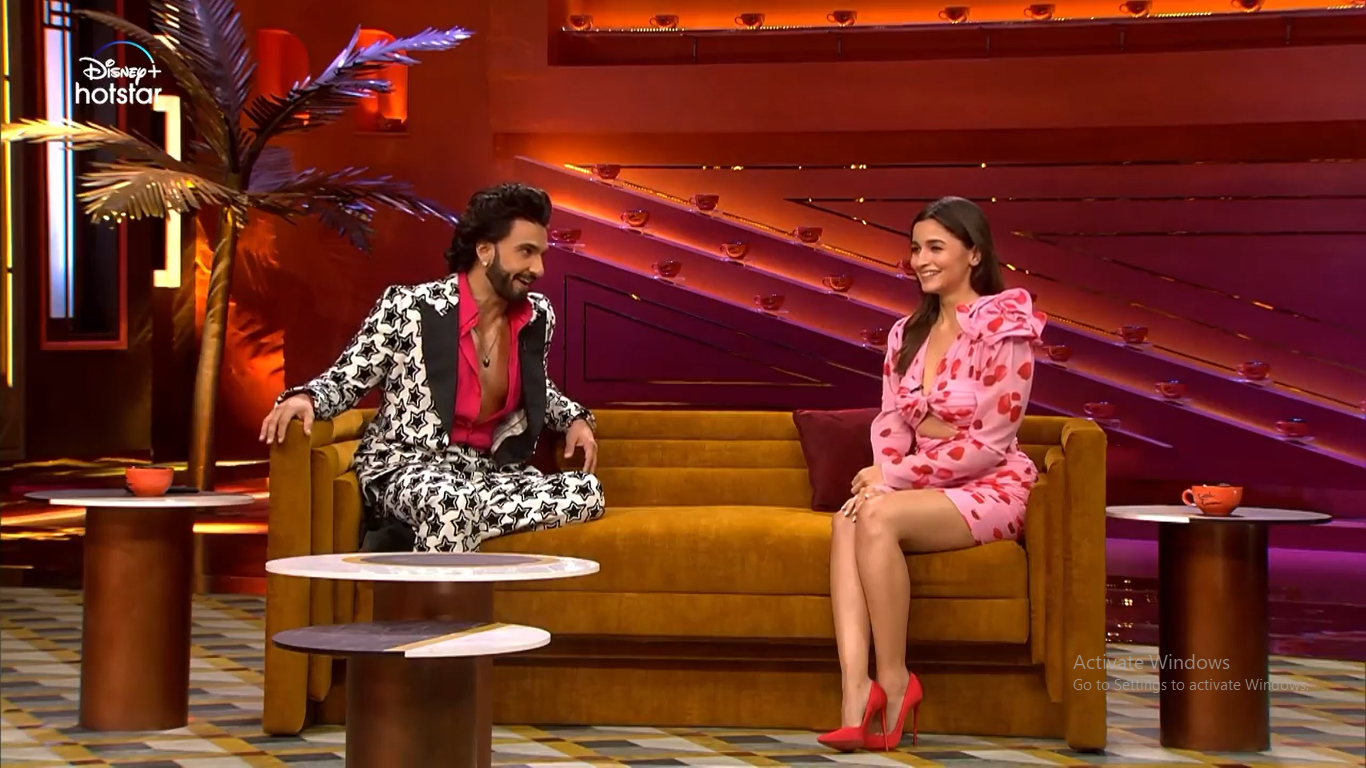 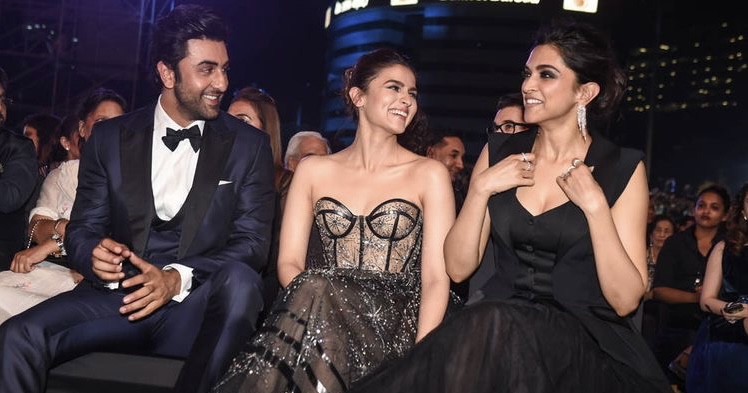 Further, in the conversation, Alia revealed the secret philosophy of her and Ranbir’s relationship. While flaunting her huge diamond ring, the doting wifey said that ‘Mrs Hipster’ is her relationship philosophy, and each alphabet has a secret meaning that she would like to keep to herself. Alia stated:

“My diamond ring has been engraved with our relationship philosophy which is very close to my heart. Mrs Hipster. Each alphabet stands for something, but that I won’t share (what it is).” 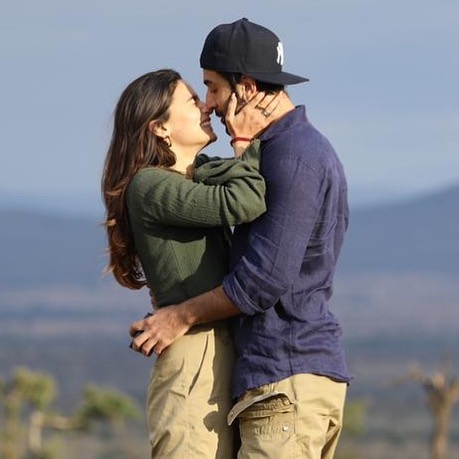 In the same conversation, Alia Bhatt shared the most memorable moment of her life when Ranbir Kapoor had proposed to her for marriage amidst the jungle in Maasai Mara National Reserve. Talking about how beautifully Ranbir had planned the surprise proposal without letting anyone know about it, Alia shared:

“That’s exactly what he did. He didn’t tell anyone, he just carried the ring and he did it in the most amazing place because it’s a place that we both have a strong connection with, which is Masai Mara. And in the middle of the jungle, it was just amazing. What I didn’t expect was he had planned our guide to take the pictures also. So after everything was over, I was still dealing with the shock and I was so emotional. He took pictures and I was like, ‘You managed to take pictures?’ Because he knows how much pictures mean to me. It was too special.” During the conversation, the actress recalled the exact time which had bought her close to her then-crush, Ranbir Kapoor. She mentioned that it was during New Year's eve when the duo had taken a flight to Tel Aviv to do a workshop for their first film, Brahmastra, and they were given a seat together. Though Alia was super excited, a malfunction in the seat had shattered Alia’s dream. However, the soulmates were reunited after a while. Alia said:

“It was not meant to happen. We were not supposed to be together on New Year’s. We both talked on our flight to Tel Aviv to do a workshop for Brahmastra. We both were seated together. I remember him walking in, and he was supposed to sit next to me, and I was very excited. But then he sat next to me, and something got stuck on his seat. There was some malfunction, so they were going to move him to another seat. And I was like, why is this happening, why is my dream getting shattered? But later, his seat got fixed, and he came back." 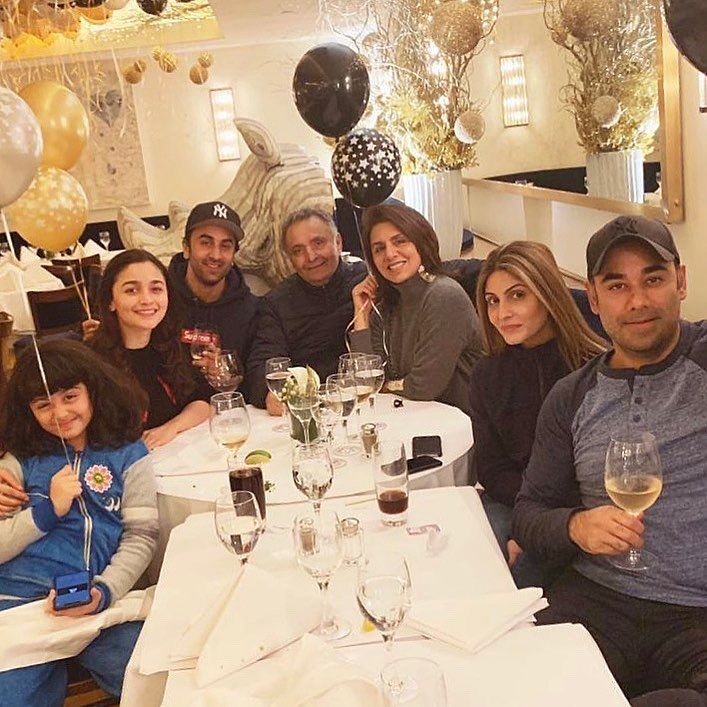 Alia shared a warm bond with Ranbir Kapoor’s late father, Rishi Kapoor. However, Rishi’s passing away in April 2020 due to cancer had hit the Kapoor family emotionally. During that trying times, Alia had taken care of her saasu maa, Neetu Kapoor, by staying around her all the time. Alia shared:

“When the pandemic hit and COVID began for the first 3 months or 4 months, I remember, March, April, May, June, my focus was not, in fact, on COVID or the pandemic because we, as a family, were dealing with Rishi uncle’s passing away It was 30th April. Post that it was spending time with Ranbir’s mum, spending time with my mum also now. We were staying together in one house for many days so that we could all at least be around her and just have that sort of family time.” The director, Karan Johar, is like a fatherly figure to Alia Bhatt. He had a meltdown at Alia’s wedding, seeing her as a dulhaan. However, during the conversation, Karan shared a beautiful fact from their marriage which caught our attention the most. Karan said that he was surprised to see tears in the groom, Ranbir Kapoor’s eyes. Yes! Ranbir had cried after seeing his bride, Alia Bhatt, walking down the aisle.

“I never thought I would see tears in Ranbir Kapoor’s eyes and his eyes had welled up and I kept staring at him and see he’s crying. Her friends were all crying. I started crying… It was actually hilarious because she was moving from the seventh floor to the seventh floor.” Karan Johar mentioned that Alia Bhatt’s father, Mahesh Bhatt, was very happy on her wedding day. He further shared how Bhatt sahab had made fun of the ridiculous looks of Alia’s bridesmaids. He stated:

“Bhatt sahab told me the funniest thing. I am standing, and he is like, “Why is it that the bridesmaids always have a ridiculous look on their faces?” …he was hilarious. He was like, “Look at them,” and then Pooja said, “No papa, it’s not like that. They are just very excited.”

8. Ranbir Kapoor was carefully listening to the vows of his marriage with Alia Bhatt 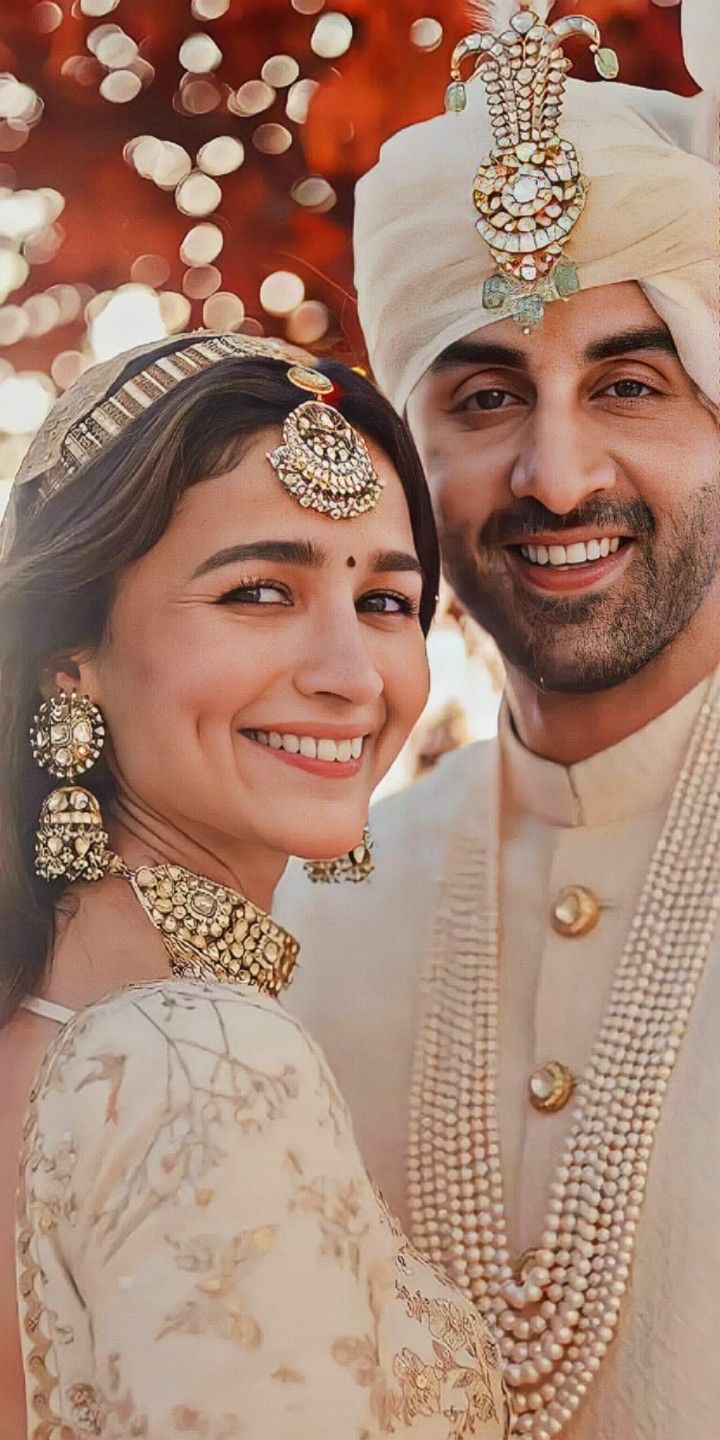 Karan Johar was present during the pheras of Ranbir Kapoor and Alia Bhatt. He revealed how the doting then-groom, Ranbir, was carefully listening to all the mantras and vows that the pandit was saying. He added that while Ranbir was asking questions about the vows to the pandit, Alia was scared to miss the sunset as she wanted to click pictures in the golden hour with Ranbir. He said:

“At the wedding, he (Ranbir Kapoor) was literally listening to every word the pandit was saying. She was like, sun set ho raha hai, I want to take the sunset photographs. The pandit was literally giving it his best shot and Ranbir was so involved in the ceremony." 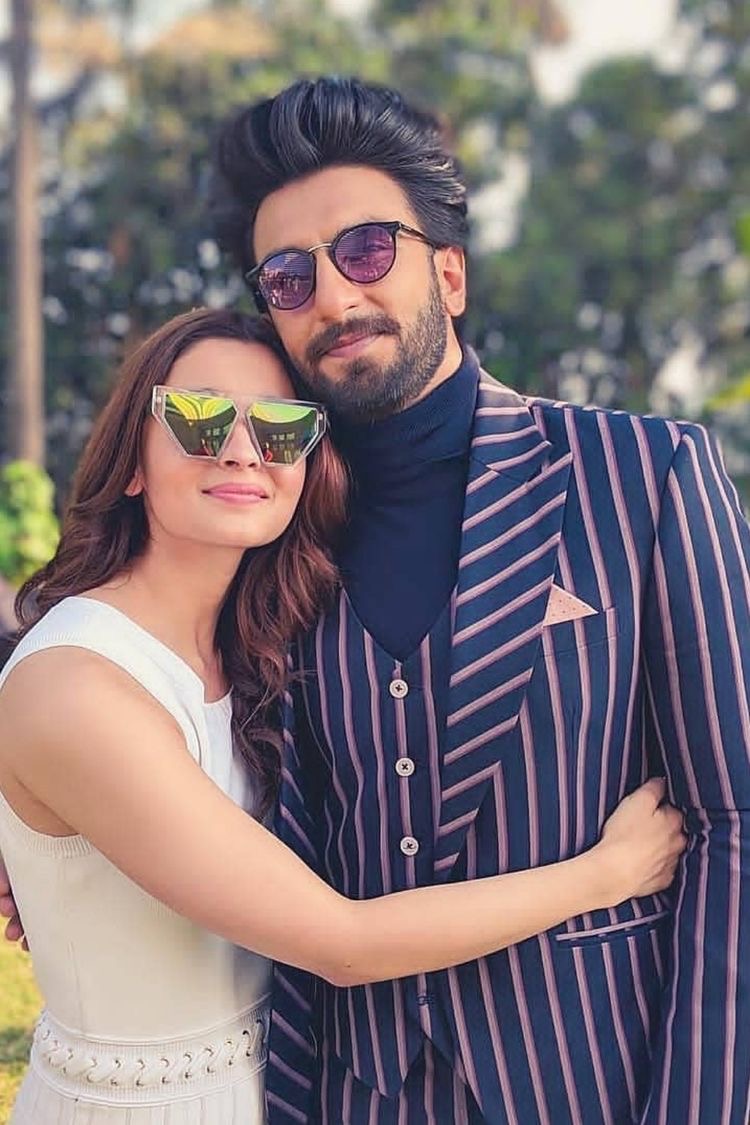 As the fun conversation continued between Karan Johar, Alia Bhatt and Ranveer Singh, the three opened up a lot on marriage talks. Referring to Ranveer as Alia Bhatt’s sakhi (girlfriend), KJo shared that it was the Padmaavat actor who stepped in to help when Alia was confused about which jewellery to wear on her mehendi function. He stated:

“It was the biggest moment. There were all these kangans lying there which were meant to be part of her Mehendi or Haldi ceremony and Pammi (Ranveer Singh) was choosing,” 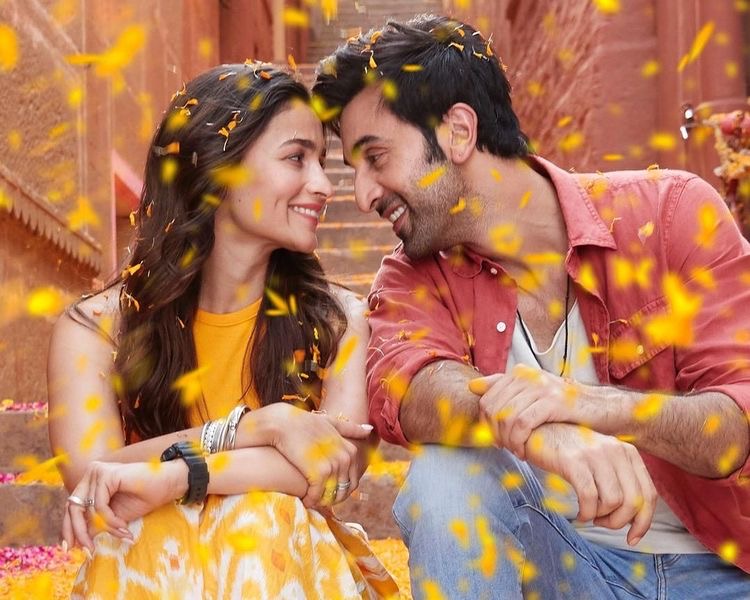 We love how Alia Bhatt shared cute anecdotes of her love life with Ranbir Kapoor! What about you?

Next Read: Ranveer Singh Was Not Tired Before Suhaag Raat With Wife, Deepika Padukone, Reveals Having Quickies