Society has bound us with different kinds of shackles of stereotypes, but here are a few real brides who have broken them and inspired us to do the same!

A wedding is one of the most important events in one's life, and even it is supposed to be a fun affair, it comes with a lot of regressive superstitions to follow. We, Indians of any religion, believe in many things, be it superstition or a myth, we try to act on it by restraining our free-thinking. Society tries to create rules and regulations so that everyone works in synchrony, but no one dares to voice up against those unnecessary opinions.

Especially for the brides, there is a long list of Do's and Don'ts, and if a bride does something wrong, then society does not step back from pin-pointing. A bahu is expected to be gharelu, sanskaari, sarvagun sampanna. But, we came across 10 such real brides who kicked off these stereotypes and broke these shackles on their wedding and wrote their own 'happily ever after' with their beloved partners. Check out!

Angira Dhar Gives Glimpse Of Kashmiri Wedding Ritual, The Actress Won Our Hearts With Her Simplicity According to the old rituals, a groom comes with his baraat to the wedding, and the bride waits for her would-be husband. But, this bride, Penny, chose to be in charge of her wedding and took out her baraat to marry the love of her life. She had glammed up like a doll in a champagne-hued lehenga with a long-coat choli and had paired it with chooda and passa. She had rocked her look by riding a ghodi and her baraat. And we couldn't help but agree on what a rockstar she had looked like!

#2. No Kanyadaan for this bride 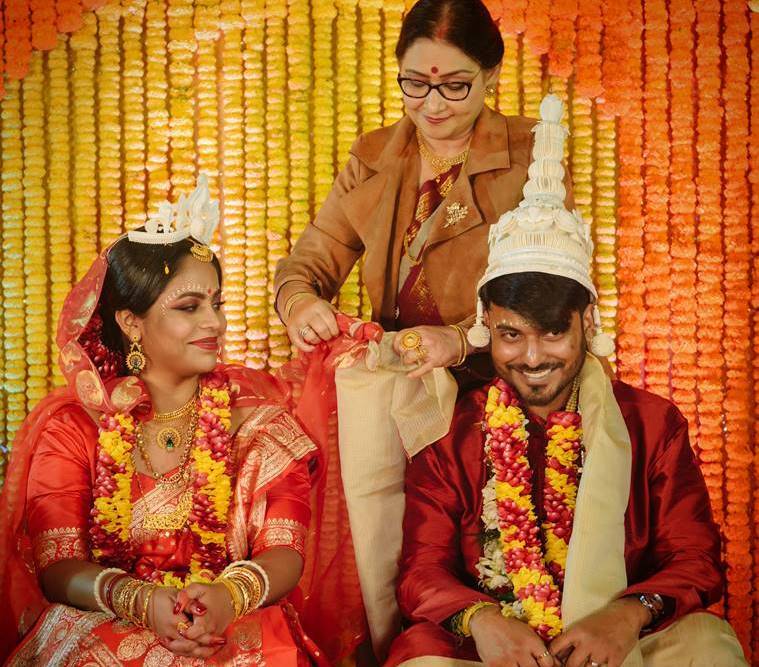 Kanyadaan is one of the most significant ritual in a wedding, where the father of the bride gives away his daughter's hand to her husband-to-be. But, this Bengali bride had chosen not to be given away. The bride had uniquely organised her wedding with a Bengali priestess group, who had performed the mantras differently. There was no kanyadaan, and the bride was introduced by her mother's name instead of her father's during the wedding.

#3. Bride entering 'mandap' with a bottle of champagne

The brides are expected to be shy and stay quiet but, time is changing, and so is the mentality. Nowadays, modern brides enter their wedding mandap while dancing or riding motorcycles or even with a bottle of champagne! Breaking the stereotypical norms of being susheel, gharelu bahu, the brides are setting new standards for this society. 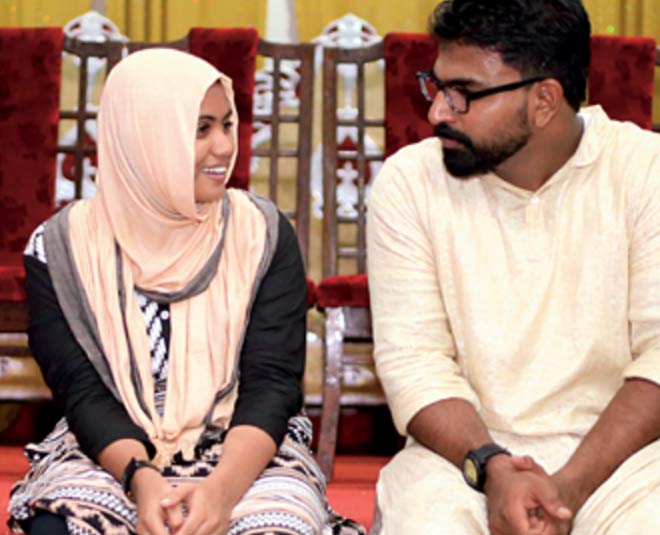 Sahla comes from a community where girls are married off at the age of 16. But, she waited till 23, took her time and finished her studies. She took everyone by surprise when she asked for 50 books as Mehr. Mehr is a ritual, stated in Quaran, where the bride can demand anything, and she must be gifted the same. Sahla asked for 50 books, and her husband travelled to Bangalore to get those books for her.

Kanakanjali is mainly a Bengali wedding ritual. During the bride's vidaai, she has to throw rice at her mother's jholi to repay her parents' debt, and she has to say, "Tomader sob reen sodh korlam". But this brave bride didn't agree to perform this ritual instead, she said firmly, “One can never repay their debts to their parents.” And, that's what we want to hear from every bride. A child can never repay their parents' debt and definitely not by throwing rice. 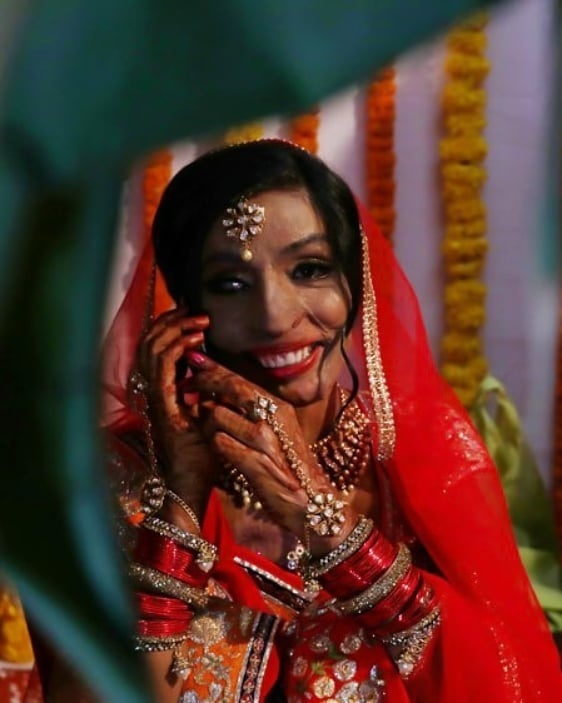 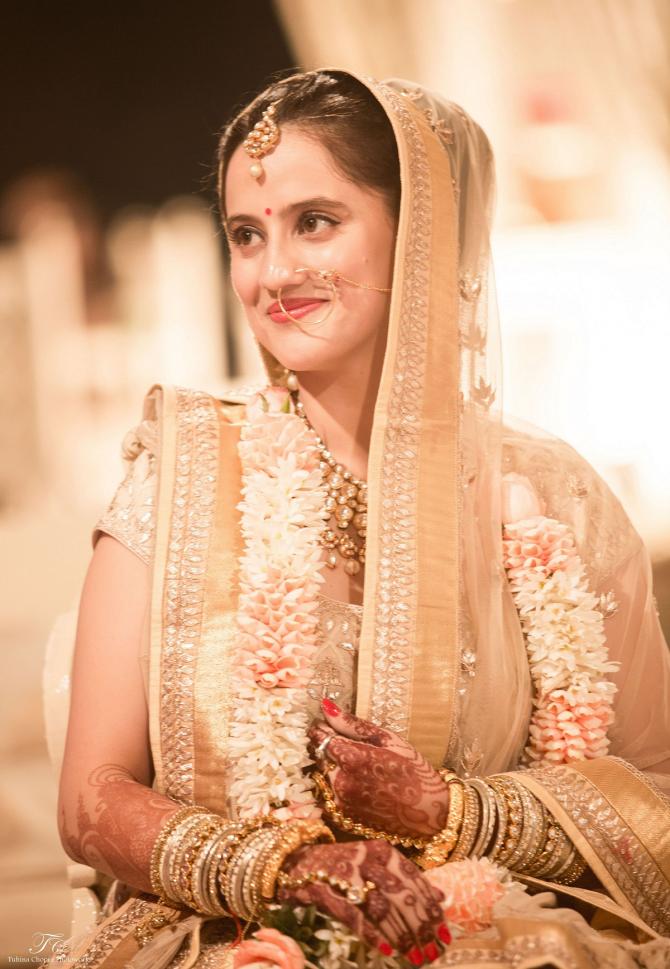 A wedding may be a gala event that needs a lot of planning and preparation, along with heavy makeup, jewellery, and outfits. But that shouldn't include harming your skin. This bride, Avantika, wore no heavy foundation or makeup except for liner and lip gloss, which she had asked her friends to help her apply. Makeup or no makeup, the bride had looked amazing!

Don't Miss: Bride Dons A Unique Chooda Matching With Her Pastel Lehenga, Dances Her Heart Out On Bridal Entry 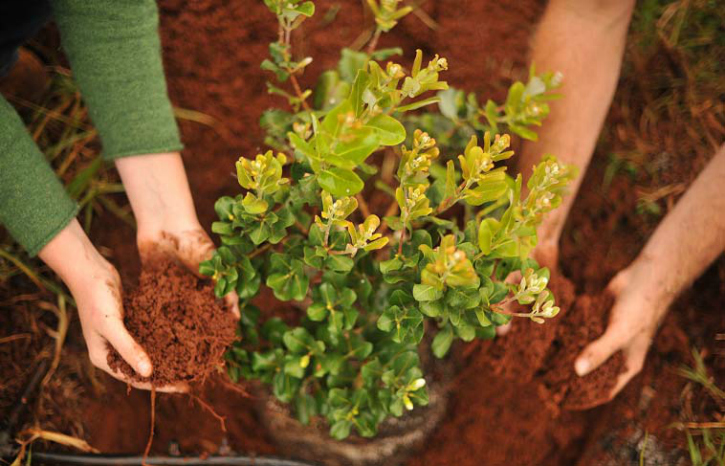 When you hear the word wedding, lavish gifts, sparkling gold and diamond jewellery, expensive decors, and many more items come to your mind. But, Priyanka Badoria, the bride from Madhya Pradesh, had chosen green plants over jewellery and sarees. When her sister-in-law had asked Priyanka what she wanted for her wedding gift, she had demanded 10,000 saplings as a pre-wedding gift. Her would-be husband had respected her love for nature, and the couple got hitched with nature's blessing. When Hernoor Grewal's mother had performed, Palla (a version of Kanyadaan which is a ritual performed by the father), for her daughter, she had received a lot of appreciation on social media platforms. Hernoor's mother raised her family single-handedly, as their father left them ages ago. So, when the time came to perform this ritual at her daughters' wedding, she didn't step back thinking about society. Instead, she proved that if a woman can raise a family alone, then she can surely perform a tradition at the wedding.

These women didn't pay attention to society or its made-up regressive rituals. Instead, they have held their heads straight, wrote their own destiny, and lived happily ever after. Kudos to these women who help others to take that one small step towards breaking the stereotypical mentality of society. Do let us know which bride did you think was the most badass!

Next Read: Alia Bhatt's Ad Campaign Talks About 'Kanyamaan': Here Are Bengali Rituals That Need To Be Modified