Bollywood actress, Kareena Kapoor Khan was once a target of the 'love jihad' controversy. Check out as her husband, Saif Ali Khan disclosed the truth about her conversion!

Kareena Kapoor and Saif Ali Khan are undeniably the most royal and hottest couple in Bollywood. And it was on the sets of Tashan, that the soulmates had fallen head over heels in love. Within a year of the relationship, Saif had surprised his ladylove, Bebo, by getting her name inked on his forearm. However, when Bebo had decided to tie the knot with the once-married man, Saif Ali Khan in 2012, she had become part of many controversies. From people speculating that if she would convert to Islam to political parties making her face an example of ‘love jihad’, Saif Ali Khan was blamed for wooing a Hindu woman into conversion.

Despite all the obstacles, Saif and Kareena had come out stronger with their undying love and support for each other. Finally, one of the biggest weddings in B-town had happened when the Prince of Pataudi, Saif Ali Khan had married the ever-so-gorgeous actress, Kareena Kapoor on October 16, 2012. For the wedding, Kareena had donned her mother-in-law, Sharmila Tagore’s bridal sharara set and the glimpse was too adorable for words. Interestingly, Sharmila is also a Hindu woman and she had not converted to Islam after marrying the legendary cricketer, Mansoor Ali Khan Pataudi. In a media interaction, the dotting hubby, Saif had revealed whether Kareena had converted to Islam after marriage or not. Check out! In a conversation with Mail Today, Saif Ali Khan had shared whether his wife, Kareena Kapoor Khan had to convert her religion to Islam to marry him. He had mentioned that he doesn't believe in the concept of conversion in religion for marrying a person you love. However, he had thanked the Indian government for including this law in the special marriage act. Saif could be quoted as saying:

“I would never want her (Kareena) to change her religion. That is the trouble with religion really… it expects conversion. I don’t buy or believe that. I think it’s good that the government, too, has, unless I’m misinformed about the law amended to include it in the Special Marriage Act. If and when we do get married, no one has to change his or her religion.”

Don’t Miss: When Alia Bhatt Admitted She Would Get Married Because Of Babies, Talked About Becoming A Mother In an old interview with Hindustan Times, Saif had stood strong for his wife, Kareena Kapoor Khan and had addressed the rumours claiming that Kareena had converted to Islam. He had stated that the people who were targeting Bebo in the name of ‘Love Jihad’ are regrettable, and they should instead remember Kareena for her incredible contribution to the Indian cinema and not for her personal choices. However, Saif had also revealed that Kareena had not converted into a Muslim, and she is still a Hindu. In his words:

“People say she has converted. No, she hasn’t. These talks — emotionally, intellectually and socially — do not feature in our lives anywhere. The character, wisdom and intellect of such sources should be considered before taking them seriously. The country should be proud of Kareena’s contribution to cinema and society. She has worked for women’s rights and better health. She should be celebrated as a symbol of a strong, modern individual.” 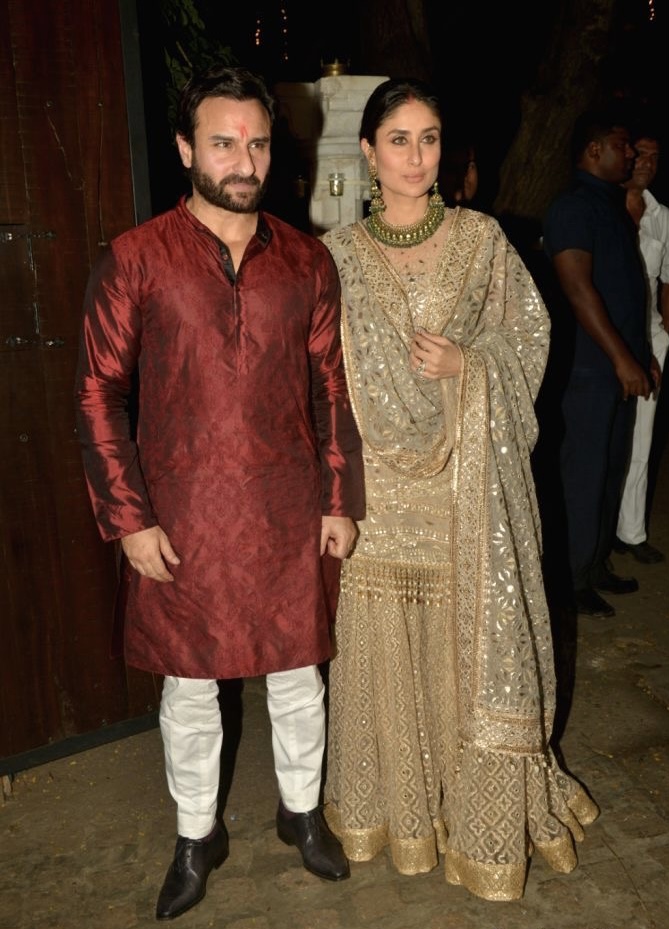 Kareena and Saif are the most adored couple in the entertainment industry. Together, they are blessed with two little munchkins, Taimur Ali Khan and Jehangir Ali Khan. Even after having a 13-year age gap, Kareena shares magical chemistry with her hubby, Saif and their relationship is an inspiration for many. In a candid chat with Sidharth Kanan, Saif had once spilled the beans and had disclosed the secret of their happy married life. When asked if he restricts Kareena from using social media, Saif had stated that he would never do that. Talking about how he manages to have a healthy married life with Kareena, the doting hubby had said:

“No, no, that's not the secret to a healthy marriage. You let each other do whatever they want. She's great on it, she's a multi-tasker. She's a woman, so she can do that. You never really feel she's doing it in the sense that she's all there.” 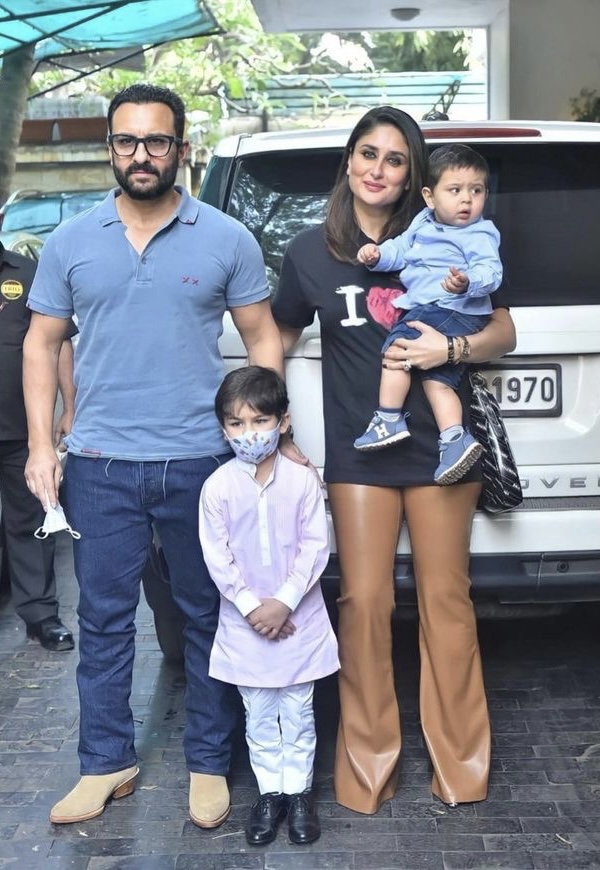 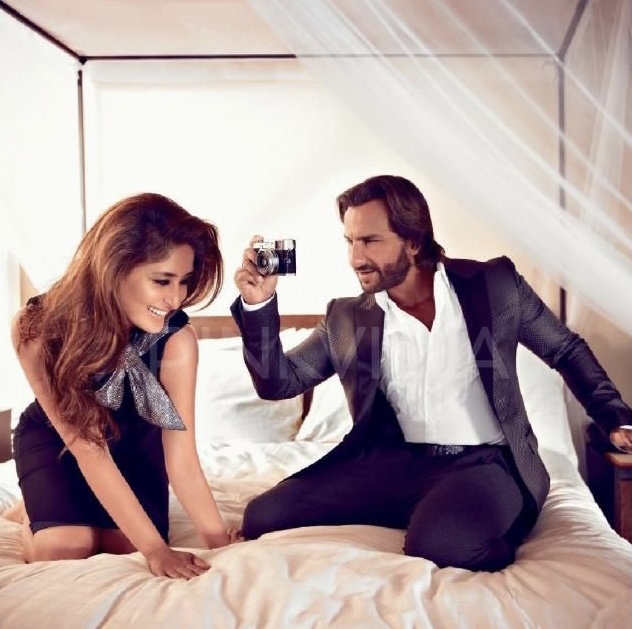 Further, in the same conversation, Saif had added that despite not being on social media, he is addicted to his smartphone. And it's his wife, Kareena and son, Taimur, who ask him not to use his mobile phone all the time. He had shared:

“I'm easily addicted to the phone. And I got a headache in the car, really felt dizzy because I just couldn't put the phone down and it was a moving car so I felt really sick. So now, Taimur and Kareena, everyone's telling me 'Don't be on the phone.' So it's me actually, without being on social media, I'm addicted to the screen. But no, I don't tell her, it's incredible what she does.” 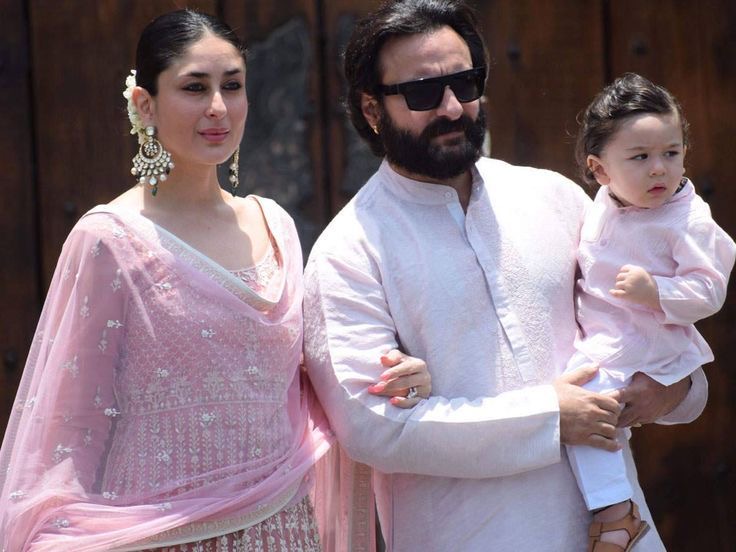 Next Read: 10 Bollywood Celebrities Who Believe In Weird Superstitions, From Ranbir Kapoor To Deepika Padukone