To celebrate the 4 years of togetherness, Vivek Dahiya surprises wife, Divyanka Tripathi Dahiya. She penned down how his presence works like magic for her. Scroll down to know more!

Divyanka Tripathi had met Vivek Dahiya on the sets of their show, Yeh hai Mohabbatein. Little did they know that this is going to be their life forever. Starting off as colleagues and gradually falling in love with each other is the kind of love story we all lure for. Their love story makes us believe that the love they share is truly Yeh hai Mohabbatein. Their honesty, understanding, friendship and compassion towards each other makes us drool over their relationship even more. (Also Read: Jaaved Jaaferi Leaves For Father, Veteran Actor, Jagdeep's Funeral, Who Passed Away At The Age Of 81)

After an engagement in January 2016, Divyanka Tripathi had officially added Dahiya to her name on July 8, 2016, after marrying her soul mate, Vivek Dahiya. Their wedding was viral on social media and everybody was talking about the union of these two beautiful souls. Divyanka had opted for the ever-favourite colour of a bride, red for her bridal lehenga which she had accessorised with a choker, maang teeka, red bangles and kalire. Vivek had complemented her well in a beige coloured sherwani and a matching safa. Divyanka and Vivek had looked every bit of royal on their wedding day.

Divyanka Tripathi Dares Her Husband, Vivek Dahiya To Jump From Parasail To Prove His Love [Video] 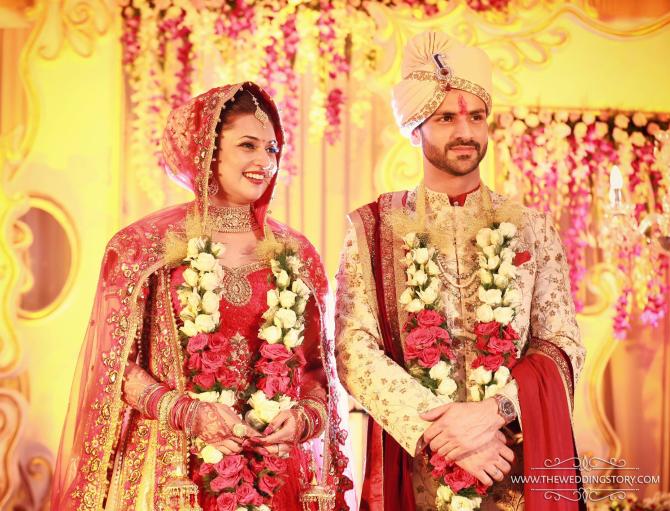 On July 8, 2020, Divyanka and Vivek completed 4 years of their marital bliss and shared a little sneak peek of their anniversary wish and celebration with their fans. However, their fans were waiting for more and Divyanka did not disappoint them. Taking to her IG handle, Divyanka shared two pictures from cake and champagne celebration, which was a surprise planned for her by her darling hubby, Vivek. In the first picture, we can see the lovebirds cutting the cake together, while in the second picture, it seems the two are trying to feed each other cake with their smiles on. Along with the pictures, she wrote how Vivek’s presence creates magic in her life, “Least did I know four years back that we were creating a happily ever after for real. Nothing can match the magic your presence creates. Happy Anniversary my love. Let's celebrate the best decision of our life @VivekDahiya. #DivekAnniversary #SurpriseByHubby #LastNight.” Take a Look: 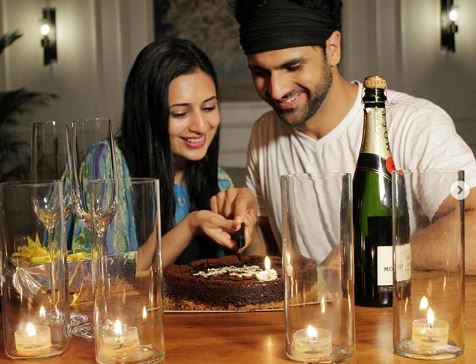 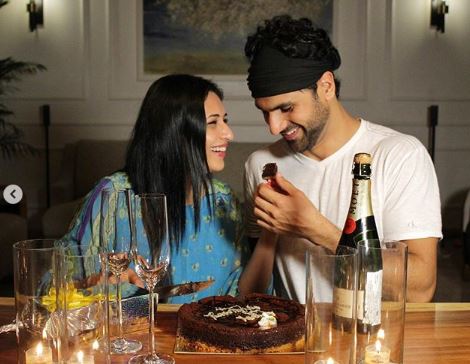 As we said, Divyanka and Vivek had earlier given some sneak peek of their 4th-anniversary celebrations. To express her love for her hubby, Vivek, Divyanka had found a creative way as she had doodled 'love you to the moon and back' and cute illustrations on a dark wall in their home. Meanwhile, Vivek had let the champagne flow as a toast to his married life. While Divyanka had captioned her post as “Small big things one does to express love. #DivekAnniversary #8July #AllWeCanDoInCorona #Doodling on board this time”, Vivek had written, “I only drink champagne when I get married... or when I celebrate it #8July #DivekAnniversary." Last year, on July 8, 2019, Vivek Dahiya was hospitalised owing to some health issues. So, for the couple to celebrate their third anniversary, their family had ‘sneaked in a cake’ to surprise the lovebirds at the hospital. Divyanka and Vivek's ‘unique anniversary' was so much fun and sharing the pictures from the celebrations, the former had written, "Unique Anniversary bring in is this...when the family sneaked in a cake to surprise us...when Viv and I exchanged a high-five instead of a piece of cake! #HappyAnniversary love!" (Don't Miss: Neha Dhupia Posts Video Of Mehr Sucking Thumb While Sleeping With Dad, Angad Bedi On Instagram Reels) 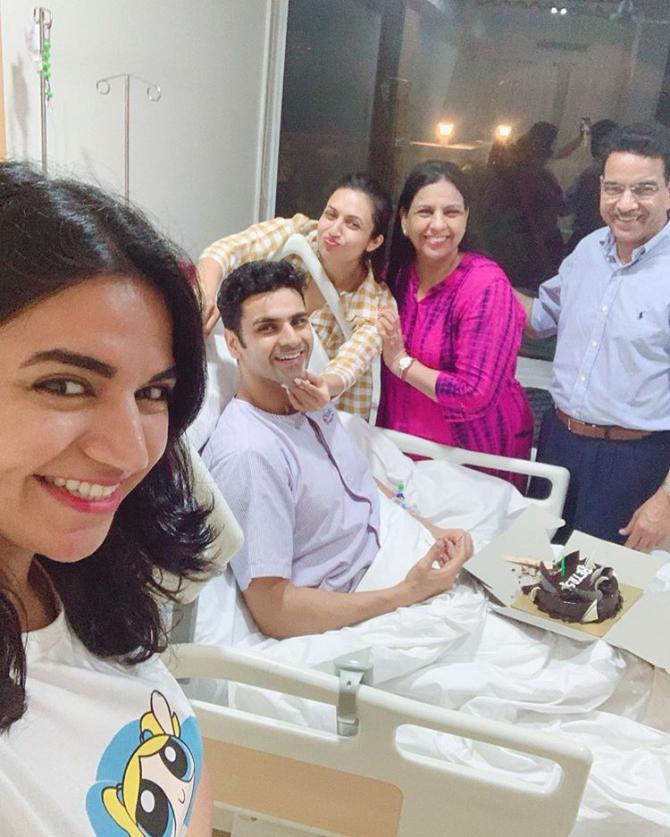 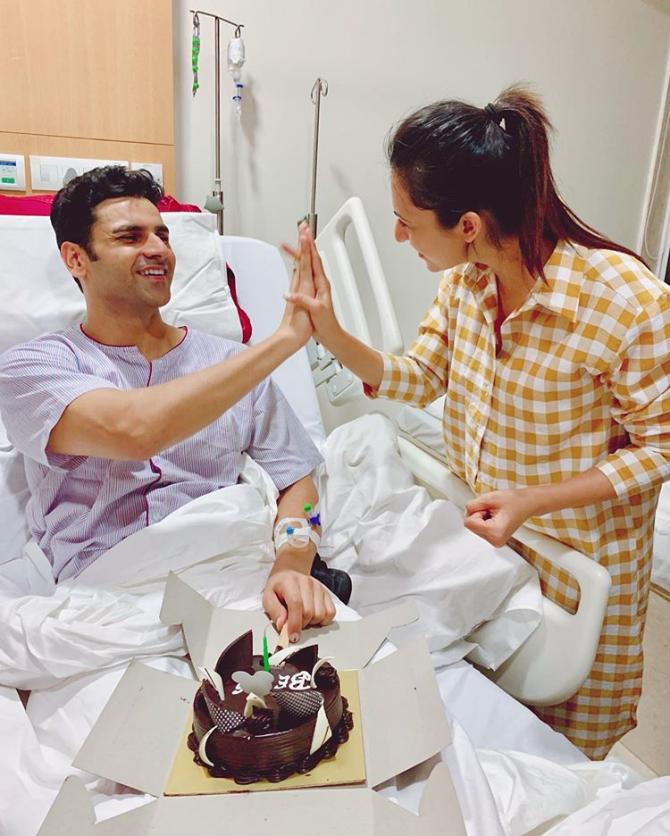 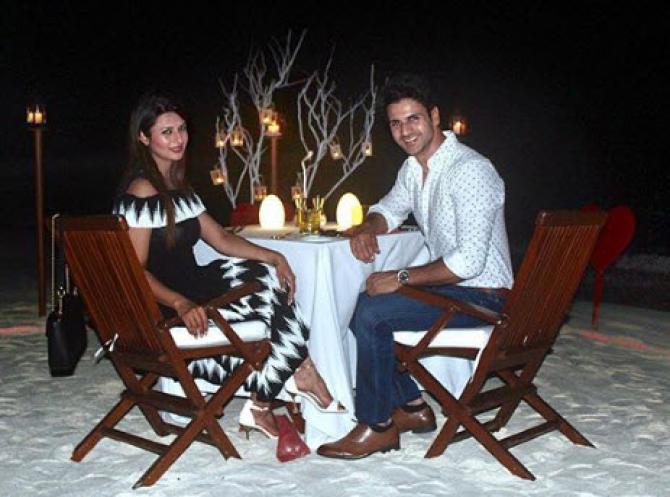 On the other hand, Vivek Dahiya had posted two beautiful pictures from their Maldives vacation. But what was the most adorable part were the captions that Vivek had written for his darling wife, Divyanka Tripathi Dahiya. For the first image, he had written, “I watch chick flicks with her, she watches football with me!” and he had captioned the second one as “Anniversary special. Love to each one of you for such warm wishes and greetings! #Maldivek”. (Don't Miss: Charu Asopa And Rajeev Sen Delete Their Wedding Pictures, Start Sharing The Series Of Cryptic Posts) 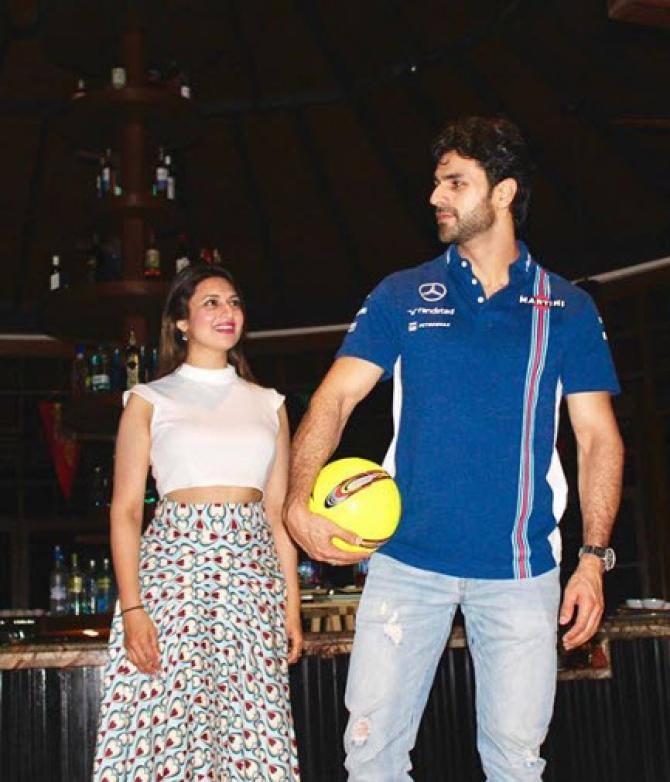 This is indeed a great anniversary surprise by Vivek for Divyanka!