Actor, Vivek Dahiya took to his Instagram handle to share an appreciation post for his dearest wife, Divyanka Tripathi Dahiya before the grand finale of 'Khatron Ke Khiladi 11'.

Television couples, Divyanka Tripathi Dahiya and Vivek Dahiya are one of the most adorable couple of Tinseltown. From supporting each other in their tough times to being there to cheer each other up when it is needed the most, this duo has done all of it. They had left the entire nation and their massive fanbase in awe of their camaraderie when they had shared the news of their wedding, and there was no looking back since then.

Divyanka Tripathi and Vivek Dahiya had met each other during their stint on the television show, Yeh Hai Mohabbatein. The actress was going through a tough phase due to her break up with her ex-boyfriend, Sharad Malhotra. However, when life gave her another chance, she did not miss onto it and decided to get married to Vivek. The duo often shares glimpses of their 'happily ever after' on their respective IG handles.

Divyanka Tripathi Dares Her Husband, Vivek Dahiya To Jump From Parasail To Prove His Love [Video] On September 21, 2021, Vivek Dahiya took to his Instagram handle to share a picture with his wifey, Divyanka Tripathi Dahiya. He showered her with best wishes ahead of the Grand Finale of Khatron Ke Khiladi 11, which will air on September 26, 2021, and she is one of the finalists. He wrote, ''Tum “winning” ke uppar ho. Irrespective of the decision tomorrow, there’s nobody I know who’s not impressed by your mettle - be it the contestants, audience or even Rohit sir.'' Going further in his heartmelting note, Vivek Dahiya shared that no matter what the outcome is, he and Divyanka will be celebrating it because of the phenomenal journey she has had on the show. The caption to the post can be read as ''“Darti nahi ye ladki” was heard quite often haha. Isliye, Jeet gaye toh bahut khoob aur nahi jeete - celebrate toh hum phir bhi karenge for the phenomenal journey you’ve had my love which will be cherished in the seasons to come.''

Suggested Read: Samantha Akkineni Praises Father-In-Law, Nagarjuna, Deletes Tweet Only To Repost It For A Reason 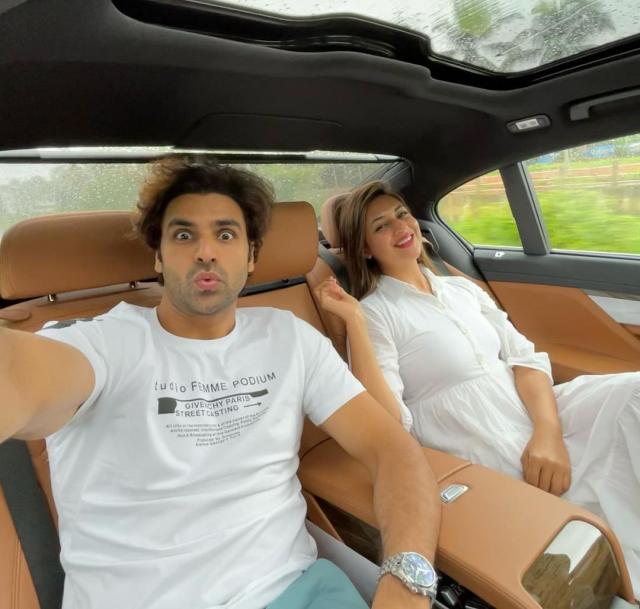 However, Vivek also penned one of his regrets that he couldn't be there with Divyanka on the day of the finale because of his work commitments. Therefore, the celebrations will be virtual. He added, ''Ironic that all this time, we couldn’t wait for the finale and now that’s it’s here, I’ve had a work call and hence it’s going to be an e-celebration. Something that we’re pretty used to by now. Proud of you my Dhaakad Girl @divyankatripathidahiya Caption typed mid air.'' 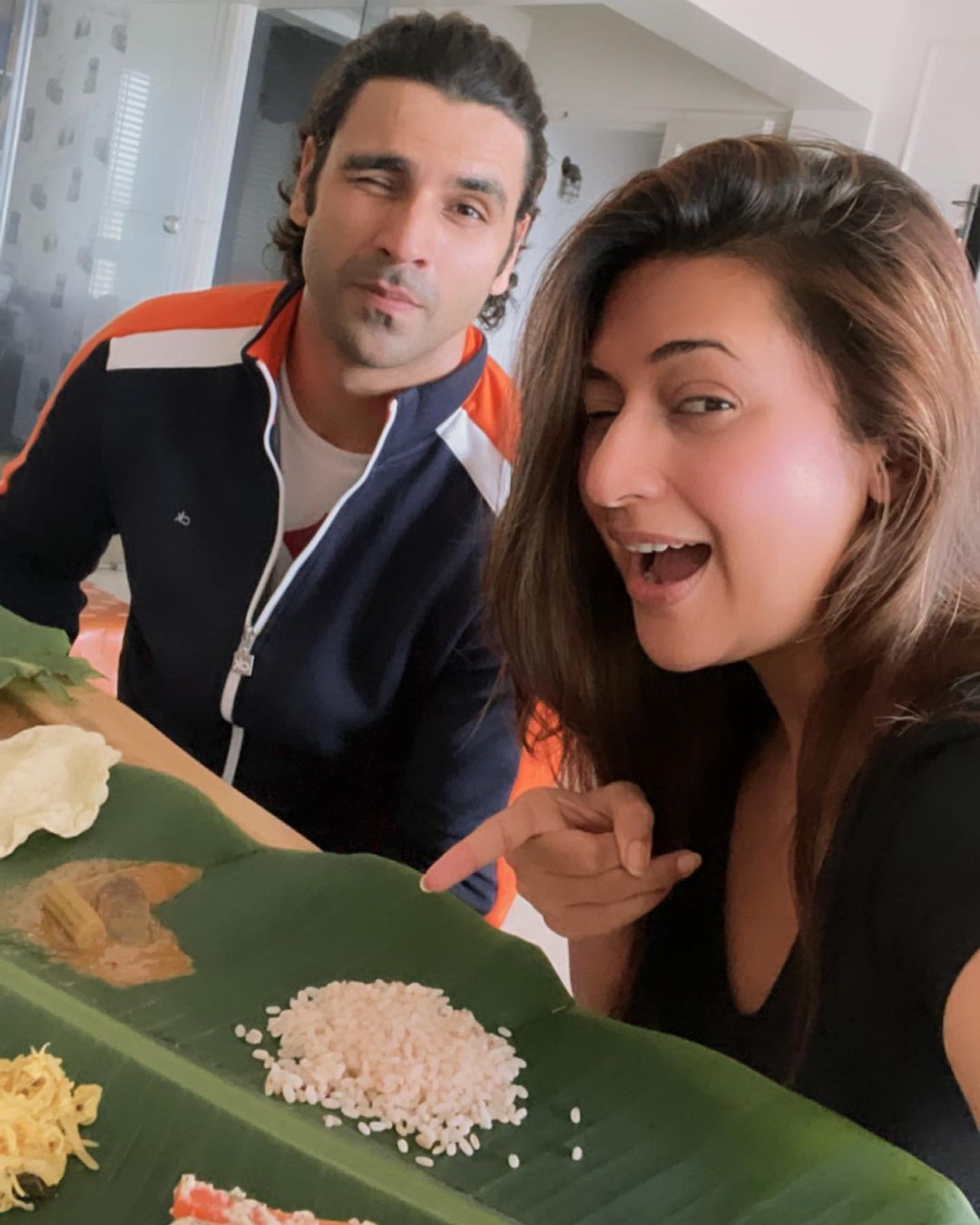 After finishing the shoot of Khatron Ke Khiladi 11, when Divyanka had flown back to Mumbai, she had received a very warm welcome from her husband, Vivek Dahiya. Taking to her IG stories, the actress had shared a glimpse of the arrangements made by him. Atop the picture, Divyanka had written, ''Quarantine arrangements made by hubby'', followed by a red heart emoticon. 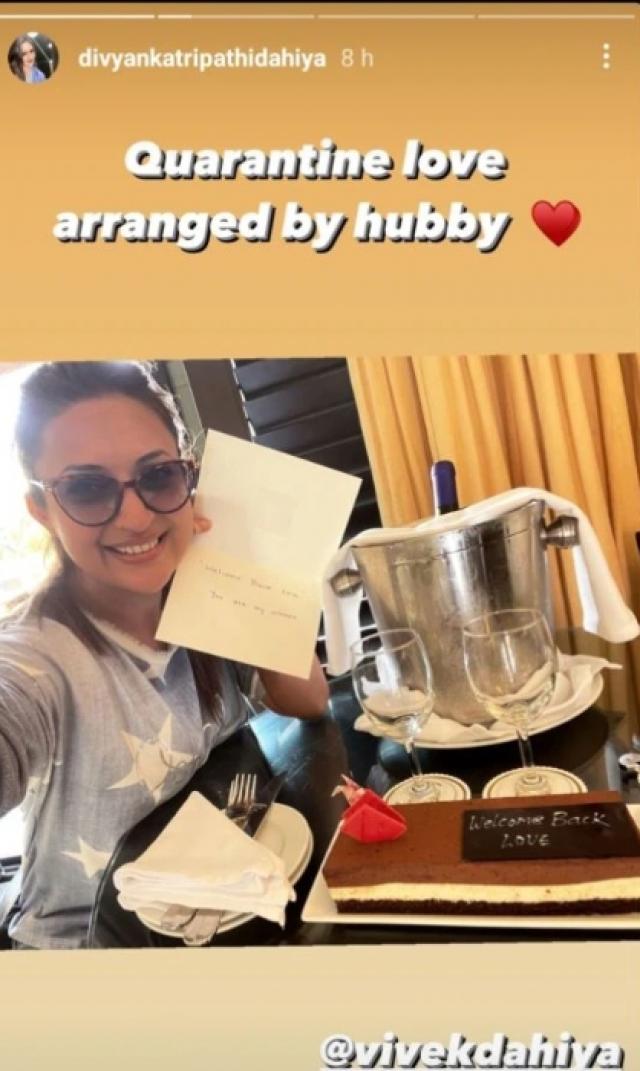 Here's wishing Divyanka all the best for the Grand Finale of Khatron Ke Khiladi 11.