Once much-in-love couple and 'Nach Baliye 9' contestants, Vishal Aditya Singh and Madhurima Tuli had parted ways in 2018 and shocked everyone. Take a look at a sweet gesture by him for her!

Just like every other season, this time too, Nach Baliye is bagging a lot of appreciation so much so that it has been breaking the TRP charts. With a little hatke concept this time, Nach Baliye 9 has brought along even the exes. Such an unusual idea, no? One amongst many ex-couples is Chandrakanta — Ek Mayavi Prem Gaatha stars, Vishal Aditya Singh and Madhurima Tuli. The two ex-flames are also touted as the most controversial former couples who keep on grabbing all the limelight for their on-set rudeness with each other and rehearsal fights.

No matter how much they fight or if their chemistry didn’t work out for them as a couple in real life, but these two are commendable dancers and superb actors. Right from their first performance on Bekhayali from Kabir Singh to Kaun Tujhe from MS Dhoni: The Untold Story, the two have always set the stage on fire and no one can guess that they don’t get along with each other! (Also Read: Indian Idol Contestant Vibhor Parashar Denies Dating Neha Kakkar, Gives Clarity On Their Relation) Nonetheless, it seems that things might sort out between Vishal and Madhurima. Yes, that’s what you read just now! Though they have not left any opportunities to diss each other even on Nach Baliye or on their respective interviews, it seems that a reconciliation might be on the cards. This weekend you will see them slightly drowned in love wherein Vishal will turn a shaayar on stage and will recite a shaayari. While Raveena would later praise him for his gesture, Madhurima will reveal that he used to do the same and flirt with her during those six months of their courtship period. He would intervene and will say that this stuff was for other girls also. Not just these guys, hold on! Vishal ended his gesture by giving a rose to Madhurima to which Ahmed jumps off his seat in disbelief! Checkout the video for yourself:

Vishal and Madhurima had done many interviews after their evident cold vibes on the Nach Baliye sets. In one of the interviews, Vishal had talked about his breakup with Madhurima and was quoted as saying, “Our thoughts don't match at all. I have worked with her in Chandrakanta. She is on some other tangent all the time. I am a person who truly believes that no one is perfect, and one has to accept the person the way he or she is. And somewhere I knew it’s not the case with her, so going ahead it will create a lot of issues between us. And with such things, we can't enjoy our work.” (Also Check: Dia Mirza Congratulates Estranged Husband, Sahil Sangha For His Latest Achievement, Shares A Picture) Commenting on this, Madhurima had stated, “He feels that whatever he says is right and he need not listen to what I am saying. If you want to be with me, then you ought to change. You can't say 'I still loved her but don't love her anymore'. I am trying to identify the point that we have our issue on but he is not ready to understand my perspective.” 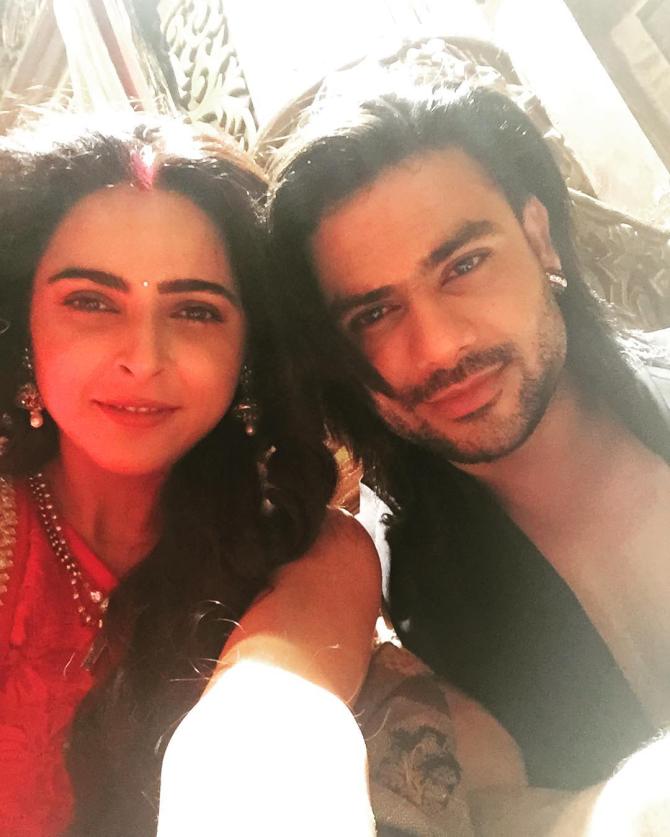 Madhurima Tuli was also asked if she is ready to reunite with ex, Vishal if he changes for the better? To this, she had answered, “The way he has behaved till now in Nach Baliye 9, do you really think that I should go back to him? If I do, I will land up in a trauma. I will go into a depression.” She had also stated, “I had. I felt for him till then. But not anymore. I don't think I can get back with him ever.” In another interview with a leading daily, Vishal had blamed Madhurima’s bad temper as the reason behind their gap. He was quoted as saying, “Besides finding me desi and not fluent in English, I think she felt that I wasn’t financially strong. She would fight with me every time before we went out. I once asked her if she was ashamed to be seen with me in public, and she agreed. She was also abusive. I have never spoken about this before, but the relationship had started affecting my work. I was in a terrible state of mind during our courtship. It’s better to part ways if a relationship obstructs your growth. I was always averse to marriage and my breakup with Madhurima has made that resolve stronger. I just want to adopt a girl now.” (Do Read: Kareena Kapoor Khan Video Calls Her Son, Taimur Ali Khan On The Sets Of 'Dance India Dance')

Let’s see what the future holds for Madhurima and Vishal! What’s your take on his sweet gesture towards her? Keep us posted! 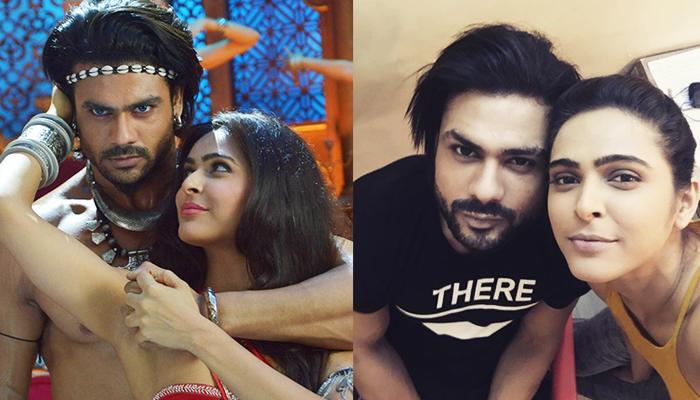 Chandrakanta fame actress, Madhurima Tuli has been in the news lately. Rumour mills have been abuzz with the scoops of her relationship status with co-star Vishal Aditya Singh. Though Madhurima hasn’t said a word about their relationship, Vishal has now come out in the open and confirmed that they are