After winning the first Test match in South Africa, Virat Kohli made an adorable gesture for his daughter, Vamika. On the other hand, his proud wife, Anushka Sharma celebrated the occasion!

It was on December 11, 2017, when Anushka Sharma and Virat Kohli had ‘promised each other to be bound in love forever.’ It was after Anushka’s frequent spotting at Virat’s matches that the rumours of their dating had started doing the rounds in the media. Even though Anushka was often trolled for the same and was called ‘bad luck’, she had never left Virat’s side. The actress continues to do the same even after their wedding. Now, their little girl, Vamika has joined them too.

Virat Kohli is in South Africa for a Test series and he has got the cutest cheerleader with him. On December 29, 2021, the paps had spotted Anushka Sharma in the stands cheering for her husband, Virat, along with their daughter, Vamika Sharma Kohli. Vamika had looked beyond adorable in a white dress with two pigtails, while Anushka had worn a black dress. Vamika’s face was hidden with a heart emoji as the paps had obliged to the decision of Virat and Anushka to not reveal their daughter’s face.

Anushka Sharma And Virat Kohli's Two-Month-Old Daughter, Vamika Gets Her Own Nameplate In Ahmedabad

Also Read: Bharti Singh Gives A Hilarious Reply To A Paparazzo Who Asks Her Whether She Is Having Twins 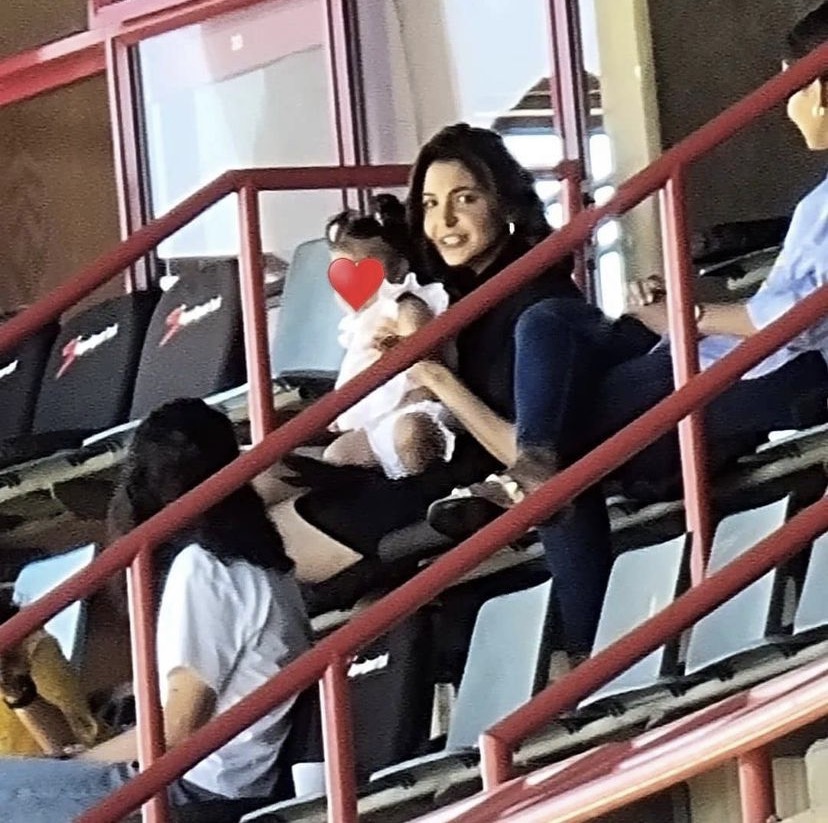 As Virat Kohli had registered a 113-run victory over South Africa in the first Test match in Centurion on December 30, 2021, he was seen showering love on his daughter, Vamika Sharma Kohli after the match. After winning the match, Virat was excited and in an energetic mood. He went straight towards his daughter, Vamika as she was in the stands cheering for her daddy with her mommy, Anushka. Virat was seen doing a cheerful gesture looking at Vamika and it will surely melt your heart. 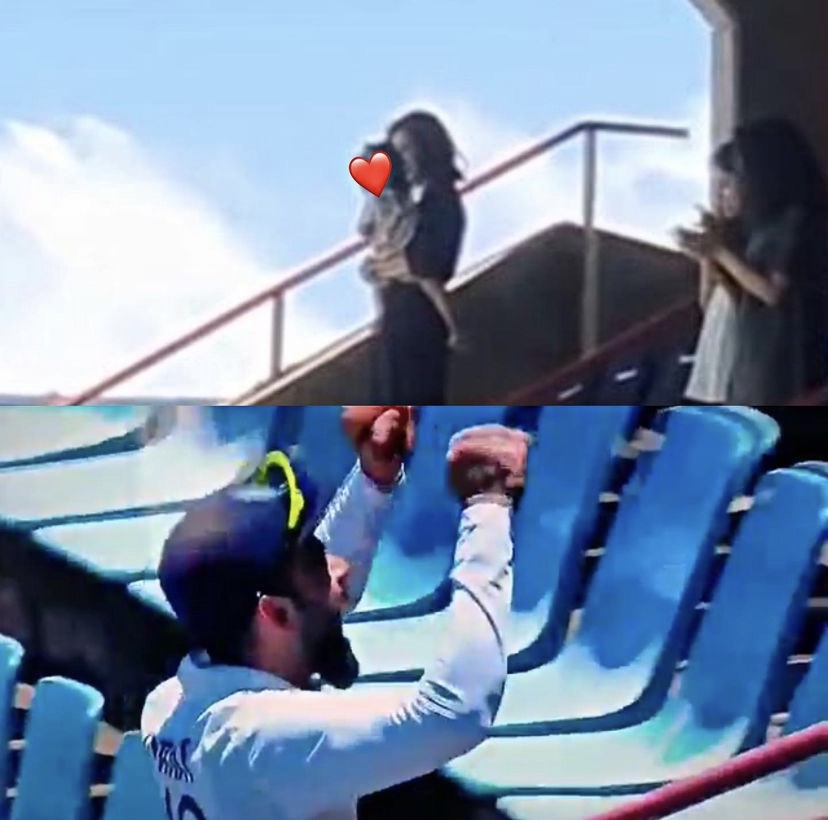 After the glorious win, Virat Kohli and Anushka Sharma had decided to celebrate the occasion together. A few hours back, on her IG stories, proud wifey, Anushka shared a glimpse of the same. She posted a picture of Virat, adorably posing for Anushka, and captioned it as:

“Enjoying the view in SA." 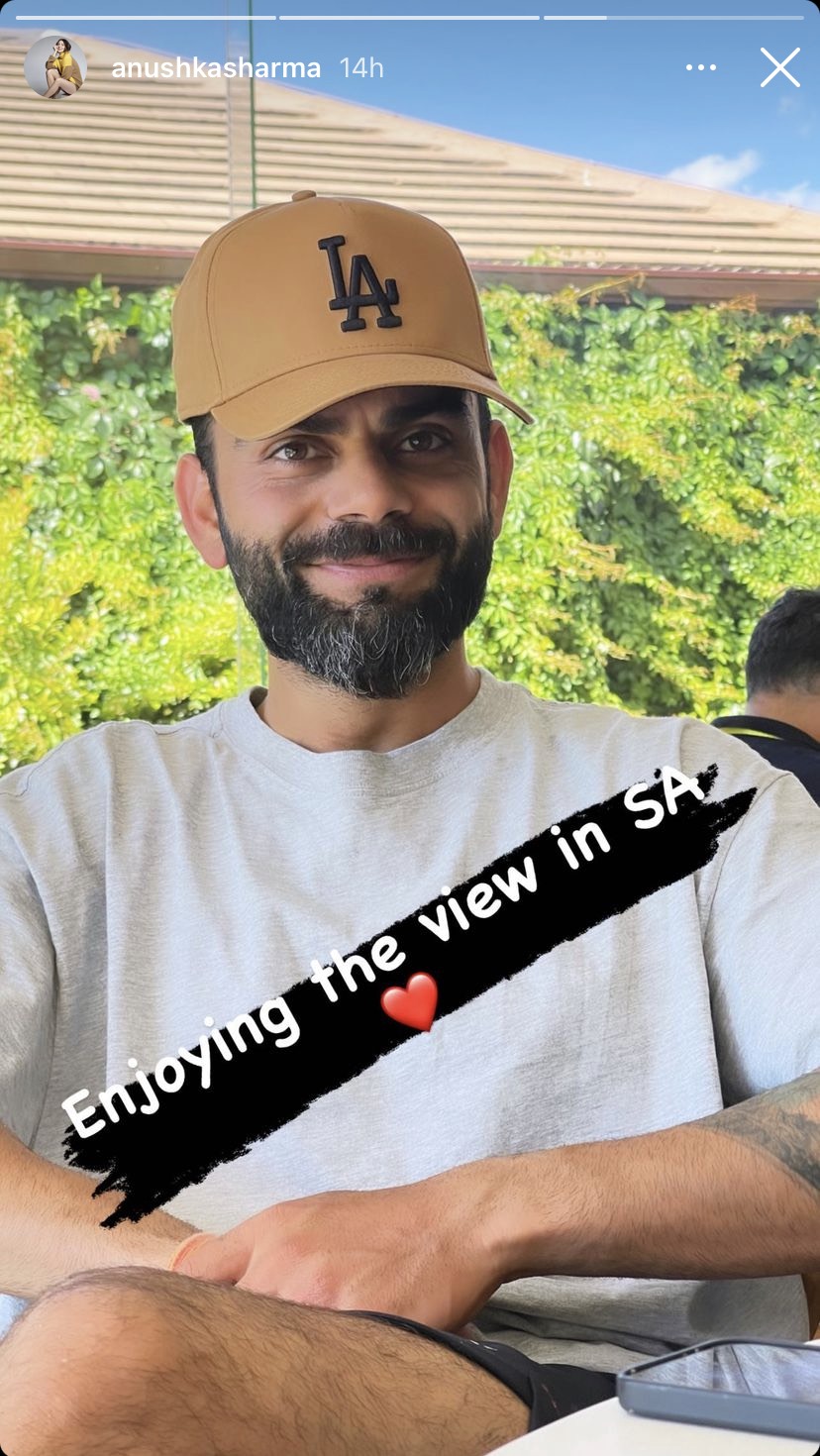 As the paps have been following Anushka and Virat’s request to not publish their daughter's pictures and videos, the actress had thanked them for the same a few days back. On December 19, 2021, Anushka Sharma had taken to her Instagram stories and had thanked the paps and the media houses for maintaining their privacy and not publishing Vamika's pictures or videos. An excerpt from her gratitude note could be read as:

“We are deeply thankful to the Indian paparazzi and most of the media fraternity for not publishing pictures/videos of Vamika. As parents, our request to the few who carried the images/video will be to support us going forward.” Anushka Sharma and Virat Kohli had completed four years of marital bliss on December 11, 2021. They had celebrated the special day with their close friends and family. Anushka and Virat's fan page had shared an unseen picture of the couple from their 4th wedding anniversary celebrations. In the photo, Anushka had looked stunning in a white maxi dress with her tresses left open, while Virat had donned an all-black attire. The doting hubby, Virat was seen holding his wife, Anushka close as they had posed with their friends. 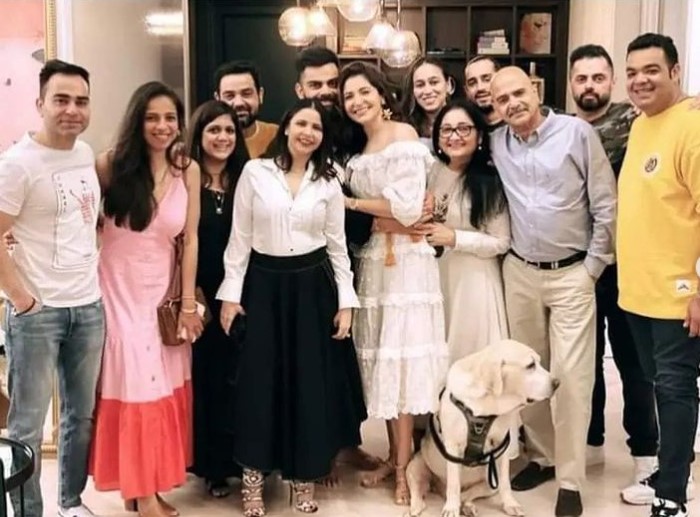 For the unversed, Anushka Sharma and Virat Kohli had welcomed their daughter, Vamika on January 11, 2021.

Anushka Sharma Posts A Heartfelt Poem For Her Daughter, Vamika, Its Every Mommy Ever 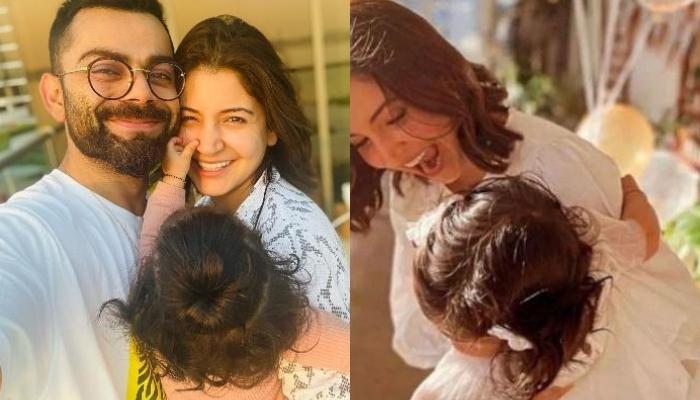 Bollywood diva, Anushka Sharma and Indian cricketer, Virat Kohli never fail to give us relationship goals. The duo had tied the knot on December 11, 2017, in an intimate destination wedding. But even after so many years, we can't stop gushing over the couple's fairytale wedding pictures. Since then, Virushka (as Virat and