Buying the most expensive and extravagant wedding dress for yourself is now a clichéd concept. While you can definitely go for designer wears at your wedding, adding a touch of ‘experience’ in your wedding attire will make it an apparel to remember. And in the similar lines, Bipasha Basu’s baby sister, Vijayeta Basu, did something extremely sweet at her wedding with longtime beau, Karan Talreja, yesterday (February 26, 2019). (Do Read: Sharad Malhotra Is Dating A Delhi-Based Designer After Divyanka Tripathi And Pooja Bisht)

When both Bipasha and her sister Vijayeta shared pictures from the latter’s pyjama-themed bachelorette party, we had already guessed that a wedding was on the cards in the Basu household. And soon came pictures from her Nandi Mukh pujo, wherein, the bride and the elders of the house offer their prayers to the ancestors and seek their permission for the marriage. And it was only a day later that we got to see the first-ever glimpse of Vijayeta, wearing sakha-pola (red and white bangles worn by married Bengali women). Looking beautiful as a newly-married couple, Bipasha’s sister, Vijayeta and Karan were all smiles as they posed for the camera, flaunting their inked thumbs after their marriage registration. Checkout a picture from the same here: And it was only yesterday (February 26, 2019), that a social marriage and a grand reception was hosted by the newly-weds. What looks like it, complete Bengali rituals were followed during the wedding. From the shubho-drishti, sindoor daan to kanakanjali, Vijayata and Karan made for one happy couple! But you know what was the best part? It was Vijayeta’s wedding attire! While we loved the apparel, what was amazing was the baby sister had donned her elder star sister, Bipasha Basu’s wedding dupatta at her own wedding! Yes, Bipasha took to Instagram and sharing a picture of her sister, wrote, “My Gudiya Stunning Bride (my sweet sister used my bridal dupatta for her wedding too)”. Isn’t that amazing? Checkout a picture of the same here: 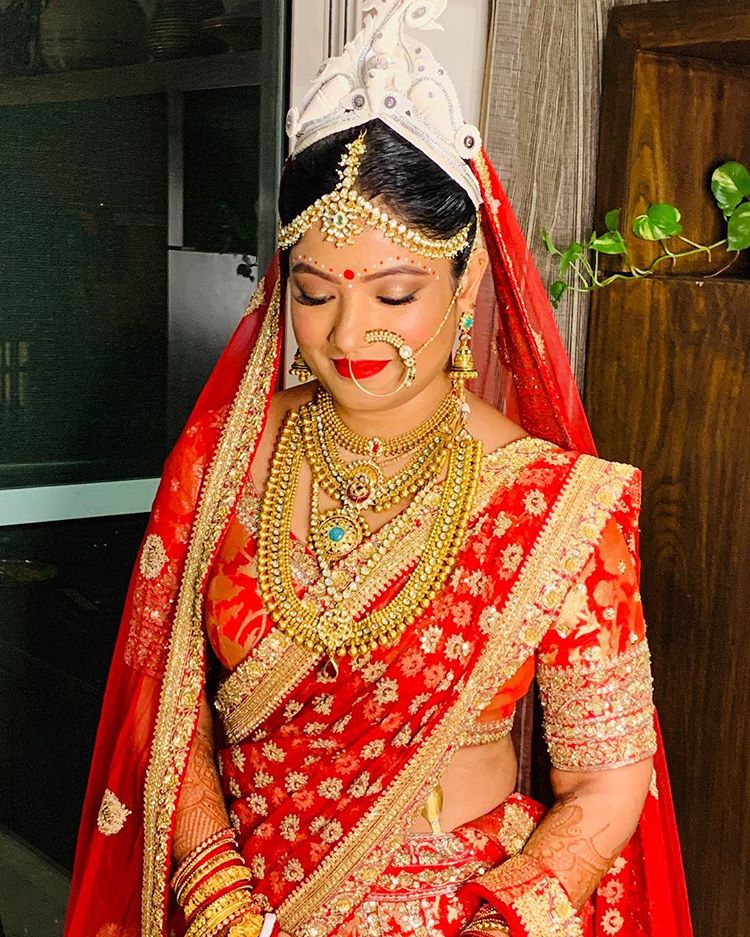 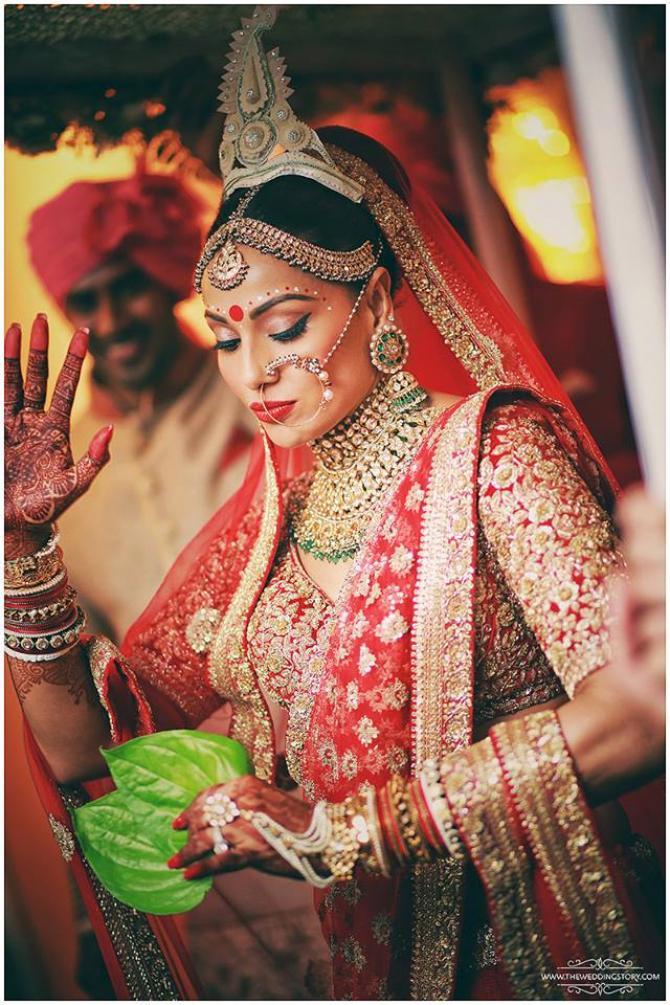 And when it’s the sister’s wedding, more than the bride is excited for her own, you look more prepped about her wedding. Donning a beige-coloured lehenga with a flower-adorned bun, Bipasha looked beautiful! Sharing her own look from her sister’s do, the Jism star wrote, “Celebrating a very important day in the life of the Basu’s ... @vi_basu and @karantalreja wedding”. While we will share the picture with you below, let us tell you that well-known stars from the B-town, Rocky S, Deanne Pandey, Ayaz Khan and wife and Aarti Singh, had graced the occasion. A wedding reception too, was held in the same night, wherein the bride had changed to a mint green, pastel apparel and was seen cutting a cake, while her hubby opened a bottle of champagne to celebrate their do. From cute #PuppyLove merchandise to the wedding setup and guests having a gala time at the bash, checkout the complete wedding album of Vijaya Basu and Karan Talreja: (Must Read: Esha Deol Flaunts Her Pregnancy Glow At Her Devar's Wedding, Posts An Adorable Family Picture) 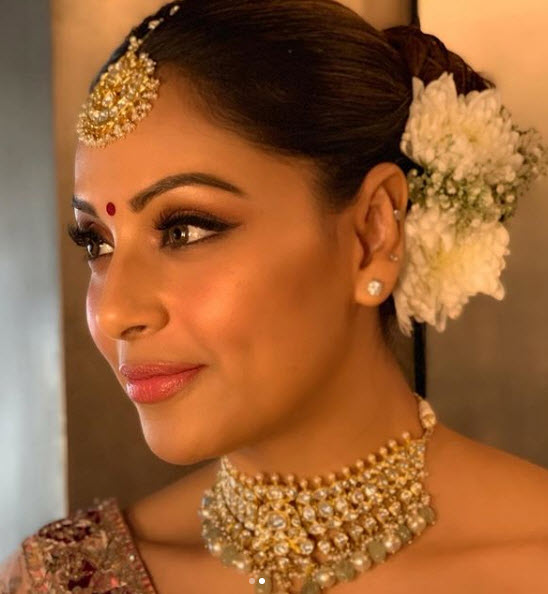 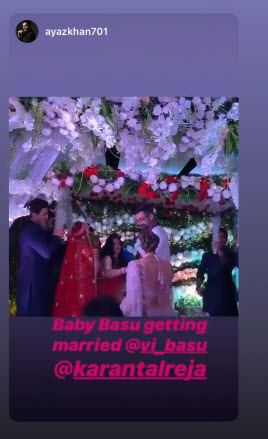 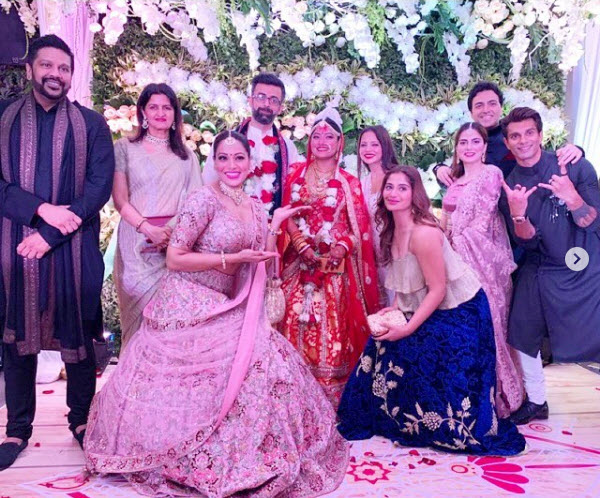 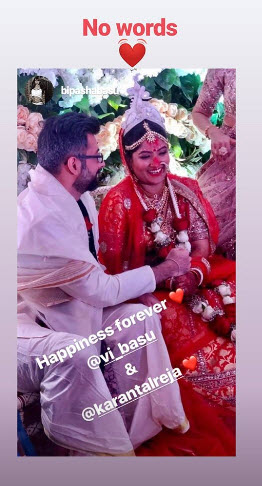 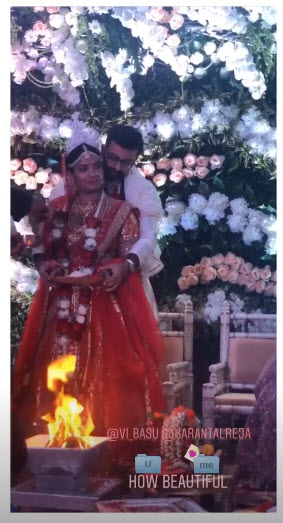 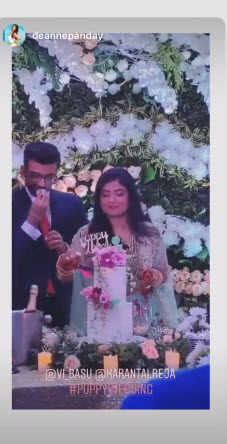 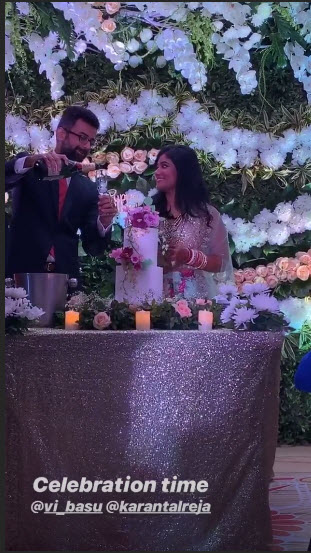 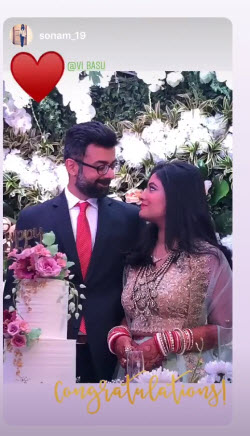 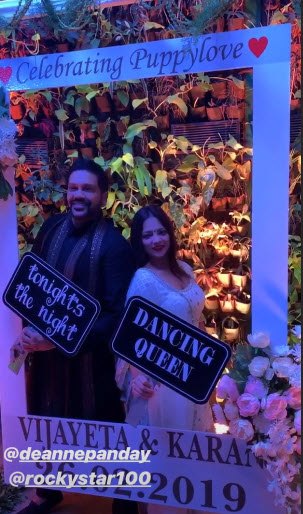 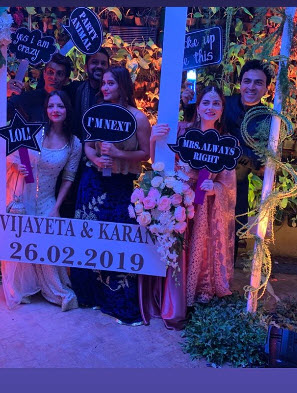 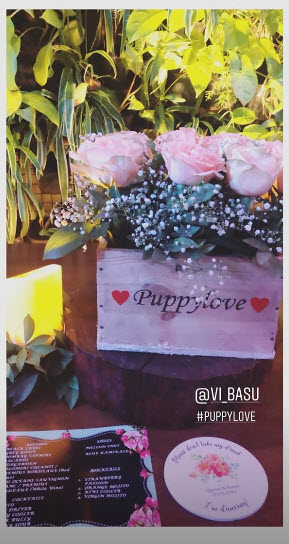 In a 2016 interview, just a month after their wedding, Bipasha and Karan had spoken about their marital life with Hindustan Times. Speaking about resistance to their marriage from both the families, the Race actress had shared, “Yes, there was a lot of drama in our lives. A lot was created and a lot existed. We were in love and when our parents saw that we were happy with each other they realised we were right for each other. So, they were happy for us. There was a lot of news, we laughed it off.” While Karan Singh Grover shared, “Our parents were very supportive. There was no drama”. 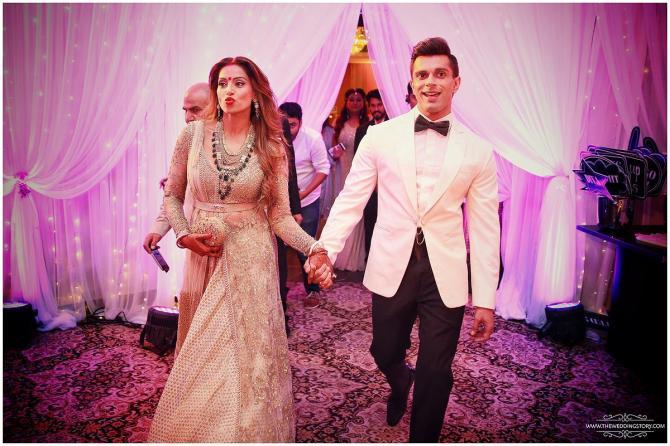 Speaking about if Karan’s third marriage bothered her, the doting wifey was quoted as saying, “For me, as woman, the connect is more important while the paper (marriage certificate) is important to society. I have had bad relationships and maybe I am one of the lucky ones who didn’t sign a paper (get married) but that doesn’t change things. First, second, third... it’s sad to hear these things. People are so judgmental about a divorcee. It is a social stigma and sad.” She had further added, “No one wants a bad relationship, a failed marriage. One shouldn’t live in a sham of a marriage, which many couples do and I have seen such marriages. Today, one can divorce so that you don’t kill your spouse, instead move on and find love and life again. Just because you are married doesn’t mean you stay in a relationship where you are burdened and not loved”. (Next Read: Unseen Picture Of Isha Ambani Piramal Dancing While Hubby Anand Piramal Can't Take His Eyes Off Her) True that, Bipasha! Guys, tell us one of the most memorable incidents from your behen ki shaadi. We are waiting!