No matter how hard they try to be tight-lipped about their relationship, Varund Dhawan and Natasha Dalal are surely in a relationship. Their all-smiles-perfect-snaps prove so. The Judwaa 2 actor, Varun and designer by profession, Natasha have been spotted together many times. Neither of the two has gone on record to accept or deny their relationship. But as they say, pictures speak more than words!

Just last night, Varun and Natasha were spotted at PVR Juhu and their adorable pictures have taken the internet by storm. The cutesy pictures say it all about their genuine love and amazing camaraderie. In one of the pics, Varun is seen holding Natasha’s hands, and in the other, he seems very protective of her. Clearly, these pictures have made the couple’s breakup rumour go for a toss in the air. 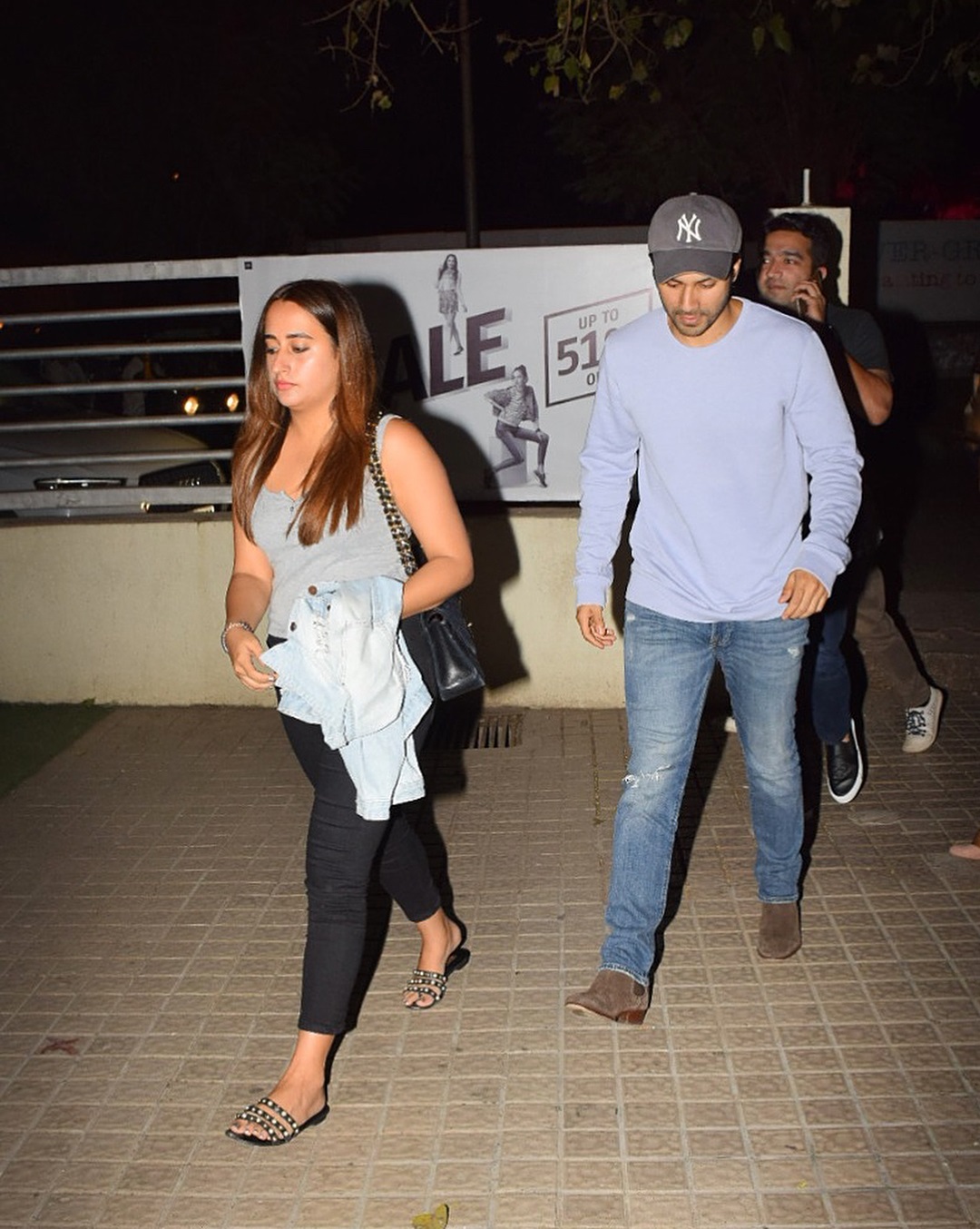 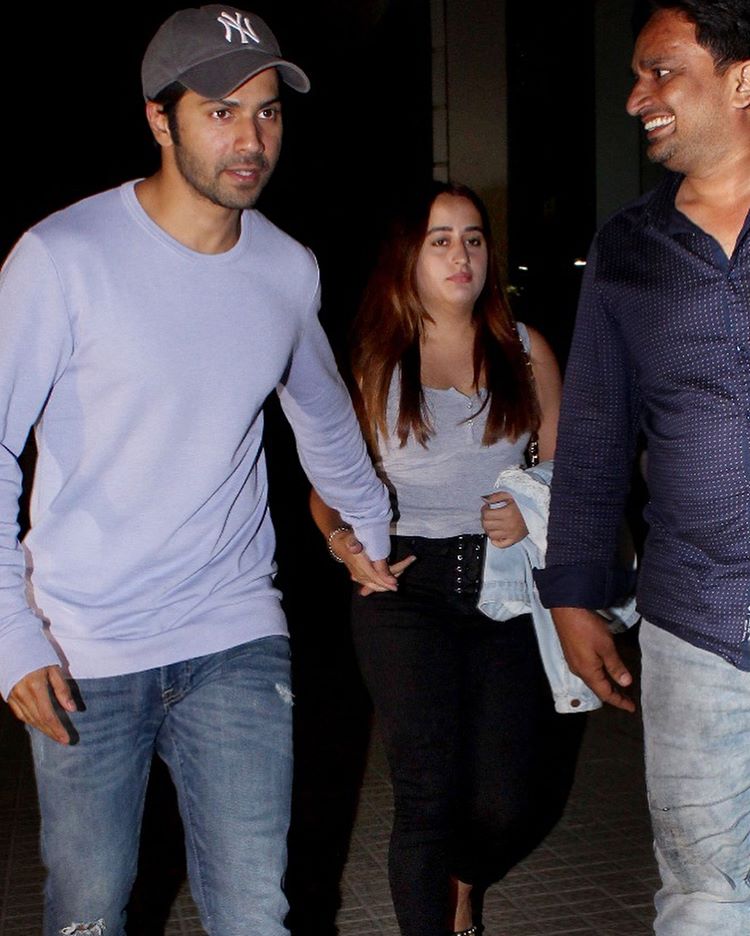 Yes, there have been rumours recently, floating among the fans and media that Varun and Natasha are not together anymore. After his appearance on the Neha Dhupia’s talk show, the rumours of their breakup started doing rounds. He said, “I have never hidden about my relationship, I have been spotted on several occasions. I have never spoken about it openly, that’s because the media makes different stuff and versions with it. They make you fight, break up, patch up, this and that. And she is not from the film line and as much as I can protect her from the crazy ogling, logging everything. I am protecting my personal life because for me that’s my sanctity. When I am done with shooting and home, that’s my reality check.” In fact, there were reports of a fight between Varun and Natasha, and that their relationship is over! Few reports suggested that Natasha was also seen crying when she was with her friends in a cafe that how things are getting worse in her relationship with Varun. But when she was spotted at Varun’s housewarming party. For those of you who do not know, Varun recently moved out of his parents’ house into a 4 bedroom apartment which he bought on his own after giving two successes, Badrinath Ki Dulhania and Judwaa 2. Recently, Natasha was spotted at a family lunch with Dhawan family, and soon there were reports about their marriage. To this Varun spoke to a leading daily, and said, “Honestly, I would love to do that, but I don’t know how my parents would react to it. Being Punjabis, they would want to do it in the traditional way. I had moved into my new house, and I want to enjoy this part of life for a couple of years before I think of the next step.” Well, yet again, he was mum about this, but who knows that before Varun settles in his life, he might just settle with Natasha in 2018 itself without creating any buzz, just like Virushka. 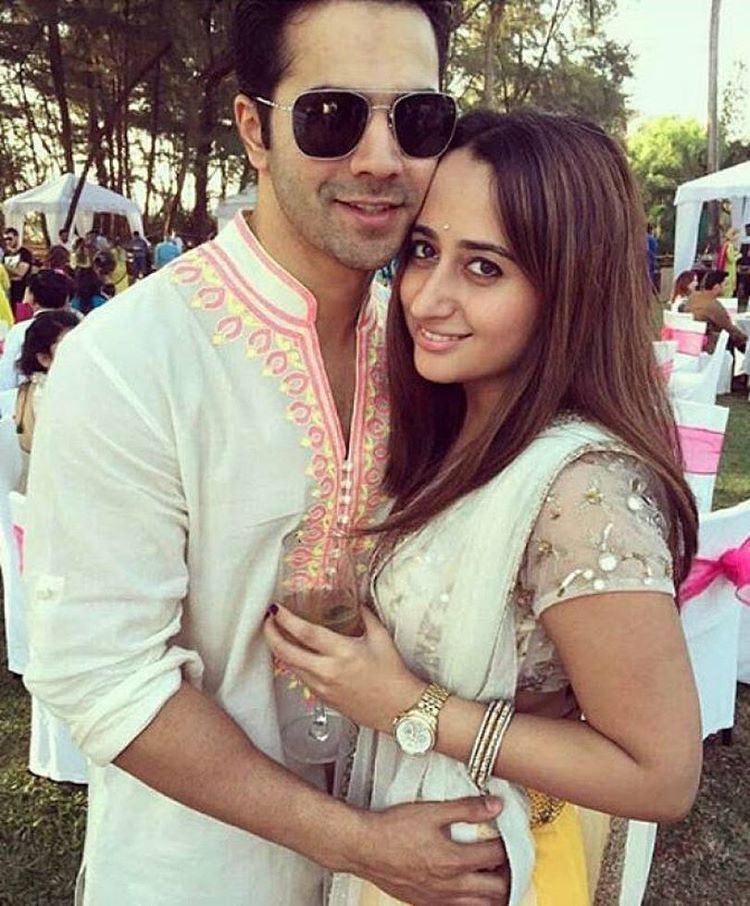 Varun and Natasha make an amazing pair. They have been dating for so long now, in fact, even before Varun became an actor. They are childhood friends and have been spotted at many events together. Just to let you know of their sweetness, Varun made the last Valentine’s Day the most special for Natasha. They went on a cosy date in a restaurant in Bandra and post they were clicked by the paparazzi while exiting the restaurant, it was a delight to see that Varun had filled his car with gifts and balloons. Isn't that the sweetest surprise? About Natasha, Varun once said, "I see it reaching a good place. She's quite a handful so full credit to her for sticking by me. She's one of the best people I've come across in my life." 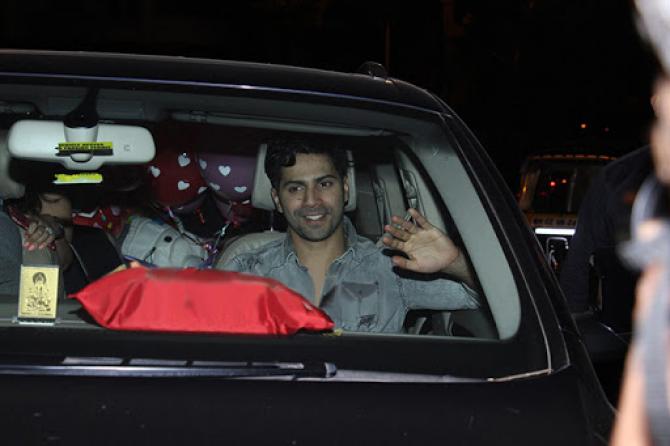 We are waiting to hear Varun and Natasha’s wedding bells soon.