Vahbiz Dorabjee is giving major 'Fitness Goals' to many out there by recently losing 13 kgs of her weight (which is no easy task)! She also left an open-ended announcement for her fans.

“I will make sweat my best accessory. I will run harder than my mascara”- Well, this very quote must have sparked an adrenaline rush in you about how you need to take fitness seriously. Being plus-sized is not bad at all, but remaining fit is what is all the way more important. Every now and then, our favourite television celebs give us the much-needed boost when we need motivation. And this time, it is Pyaar Kii Ye Ek Kahaani actress, Vahbiz Dorabjee, who is standing tall like a pillar after facing many challenges in life. (Do Read: Unseen Video Of Aishwarya Rai Bachchan And Abhishek Bachchan Celebrating First Karwa Chauth In 2007)

It was in 2016, when Vahbiz Dorabjee and her co-star from the same show, Vivian Dsena had parted ways after 3 years of marital togetherness. The duo is currently separated and has filed for a divorce petition. While more such details await you in the later paragraphs to come, let us share with you some personal and professional details about Vahbiz first! There is a lot happening in the life of the 33-year-old actress and personal transformation has been on the forefront for her. Vahbiz had taken to Instagram a few days back and had posted a smoking, red-hot picture of herself, wearing a red bodycon gown. She had captioned the picture as “Some Women Fear the Fire… Some Women Simply becomes it.” 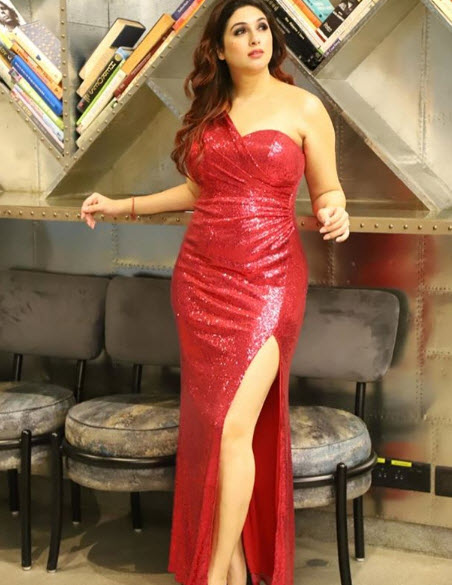 In case you gauged from the picture above, Vahbiz Dorabjee is giving #FitnessGoals to many out there. The actress has recently lost 13 kgs of her weight (which is no easy task) for her upcoming yet-to-be-announced project (read web series) and she looks amazing! Giving a cue of the same, Vahbiz recently posted a pretty picture of herself with an open-ended announcement. She wrote, “They say when you really with your heart manifest something, the entire universe conspires to make it happen (Yes as filmy as it sounds)! But yes, my eyes had seen a dream, one which I had been working towards and I can finally see myself inching towards it!  #Excited #NewBeginnings #AnnouncementComingSoon.” We can't wait! 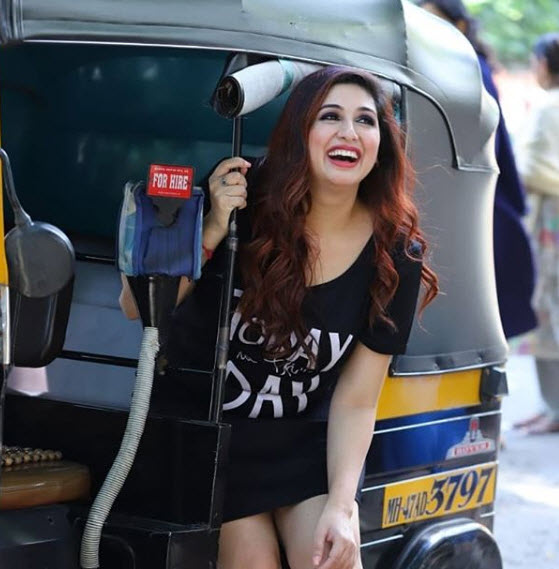 Almost all of Vahbiz Dorabjee’s recent Instagram posts boast of her stunning weight transformation. In a recent interview with ABP, the actress revealed all the secrets as to how she achieved the same. Vahbiz shared, “I have always maintained a fit lifestyle and hence working out has been a core part of my daily life. Recently I was also trying out intermittent fasting. Yoga, regular walks, etc have also been a part of my daily routine, not only to lose weight rather be healthy and fit." In yet another interview, Vahbiz Dorabjee had revealed how she had gained weight and the repercussions that she had to face for the same. She had said, “A few years ago, I gained weight due to a health condition. Sadly, if you are overweight, people tend to put you down; they criticise your sartorial choices because certain clothes are considered suitable only for thin women.” She had further added, “When I went for auditions, the makers would tell me that I needed to lose weight. Whenever I wore swimsuits, I was told I had thunder thighs and so should avoid wearing one! If you are plump, people call you rolu-molu and names like that, which can be demotivating. I have broken down many times and lost my confidence.” (Also Read: Arti Singh Reveals Brother Krushna Abhishek's Reaction On Her Dating Rumours With Sidharth Shukla)

Sidharth Malhotra And Kiara Advani Have Opted For A January Wedding, Here's What We Know Vahbiz Dorabjee, once again proving what a strong-headed woman she is and how much she loves her body, had shared in the same interview, “I have accepted the fact that everyone can’t have a thin bone structure and I am a well-endowed woman. But not all women will have the strength to fight back. I know it is important to be fit, but sometimes, your metabolism does not respond the way you want it to. I hit the gym daily, but at the end of the day, I will look a certain way and today, I am happy about it." 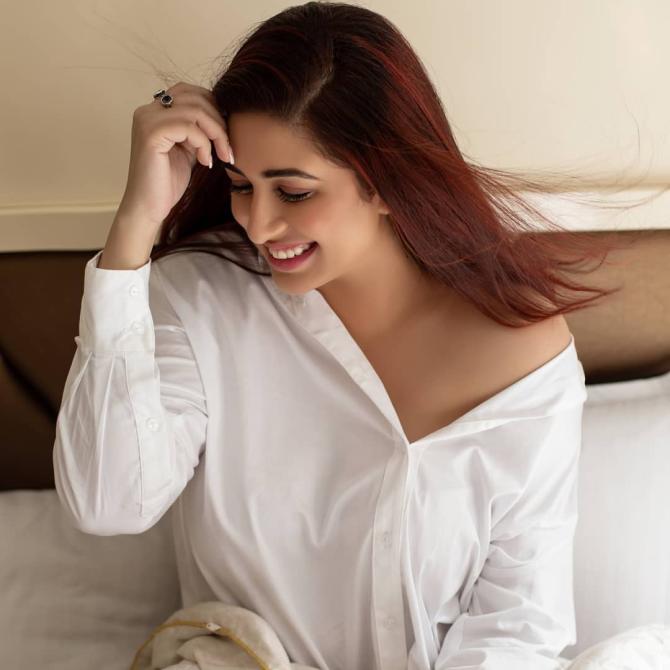 Given all the build-up done by Vahbiz Dorabjee for her upcoming web series, it will be after a long time that we will see on the screen. In an earlier interview, she had talked about how her life looks like when it comes to career and work. The Pyaar Kii Ye Ek Kahaani actress had then revealed, “First of all when a marriage breaks, it takes a lot of time to get the broken pieces together. I think now, my primary focus is to take care of my health which had gone down a lot in the past few years. It is important to regain my happiness and peace. Also, I want to diversify and want to do things I enjoy. I have done TV and then done a chat show, but right now I have turned a big-time blogger and am travelling, so my focus is on putting the broken pieces together and just do the things I enjoy. I would like to do anchoring, web series, films and want to explore more." In yet another interview with Pinkvilla, Vahbiz Dorabjee had spoken about alimony, her divorce with now-estranged hubby, Vivian Dsena, her thoughts and her life. She was quoted as saying, “It's not like I have arbitrarily asked for anything, it is the court which decides what is right and what is not right. The court will do justice. Secondly, if the court case has been pending for three years, there must be a big reason behind it. Isn't it? Has that thought crossed anyone's mind? The thing is that people made their own assumptions regarding our divorce. Why be unfair to one party? Many are of the opinion that why is she asking for money when she is from a well-to-do family? Let me clarify, it is not about the money, it is about justice and the court will decide." (Must Read: Deepika Padukone Has Already Decided How To Raise Her Child With Ranveer Singh And It's Adorable) 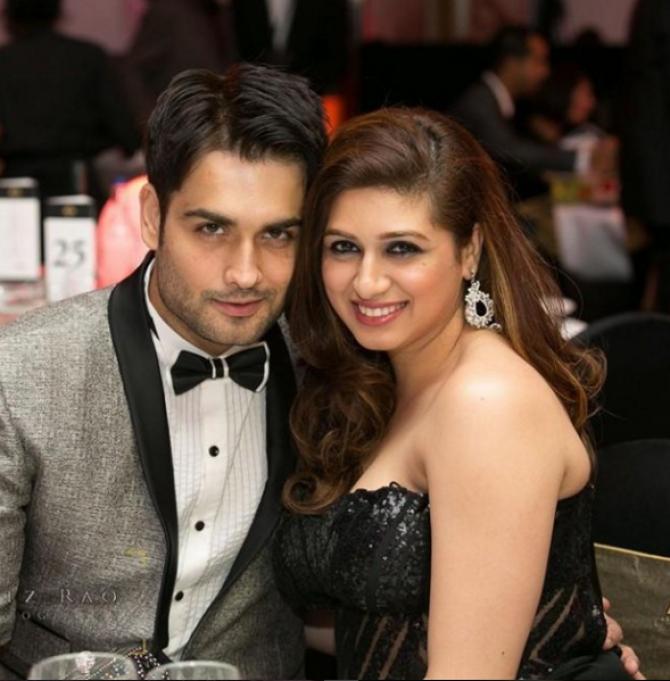 About some details pertaining to Vahbiz Dorabjee’s divorce update with Vivian Dsena, the actress, in an interview with the Bombay Times, was again asked about her divorce with Vivian. To which, she had stated, "Whenever I try to talk about something else, people keep asking about my divorce. Well, there are other interesting things that I am pursuing in my life. Vivian and I have moved on; he is busy with his show and I am focussing on my career and ambition. When both of us are trying to move ahead, people should not bother us with this one question." Guys, how do you like Vahbiz's stunning transformation? Keep us posted!