Mukesh Ambani's nephew, Arjun Kothari tied the knot with Anandita Mariwala on November 21, 2019. Here are a few photos of the Ambani family members from the lavish wedding celebration. Check out!

The Ambanis are counted among one of the most wealthiest families in India. Undoubtedly, their weddings are also no less than a week-long dreamy festival. One such wedding had happened in November 2019 when Mukesh Ambani and Anil Ambani's sister, Nina Kothari's son, Arjun Kothari had tied the knot with the daughter of industrialists, Anjali and Rajen Mariwala (of Marico Industries), Anandita Mariwala. Glimpses of the same are still swooning millions of hearts of their fans.

Earlier, on Arjun Kothari and Anandita Mariwala's first wedding anniversary, i.e., on November 19, 2020, his choti mami, Tina Ambani, had posted a throwback picture from one of the functions to wish the couple. In the picture, Tina and her husband, Anil Ambani were seen posing with the then-newly married couple and were all smiles for the camera. She had captioned the picture as:

“A year already since your beautiful wedding - and what a year it’s been! While all the time spent in lockdown must have deepened your love even further, I hope the coming year allows you to step out into the world and savour the shared journey. Stay blessed, blissful and radiant. Much love and many blessings. @ananditakothari @arjunkothari.”

Suggested Read: Gauri Khan Twins In White With SRK And Sons As They Hoist Indian Flag At Their 'Mannat's' Terrace 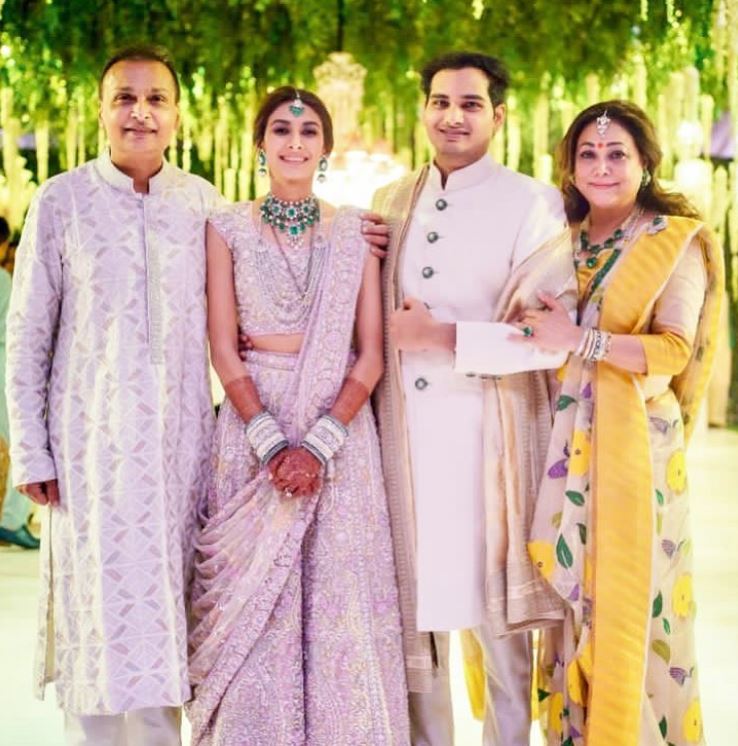 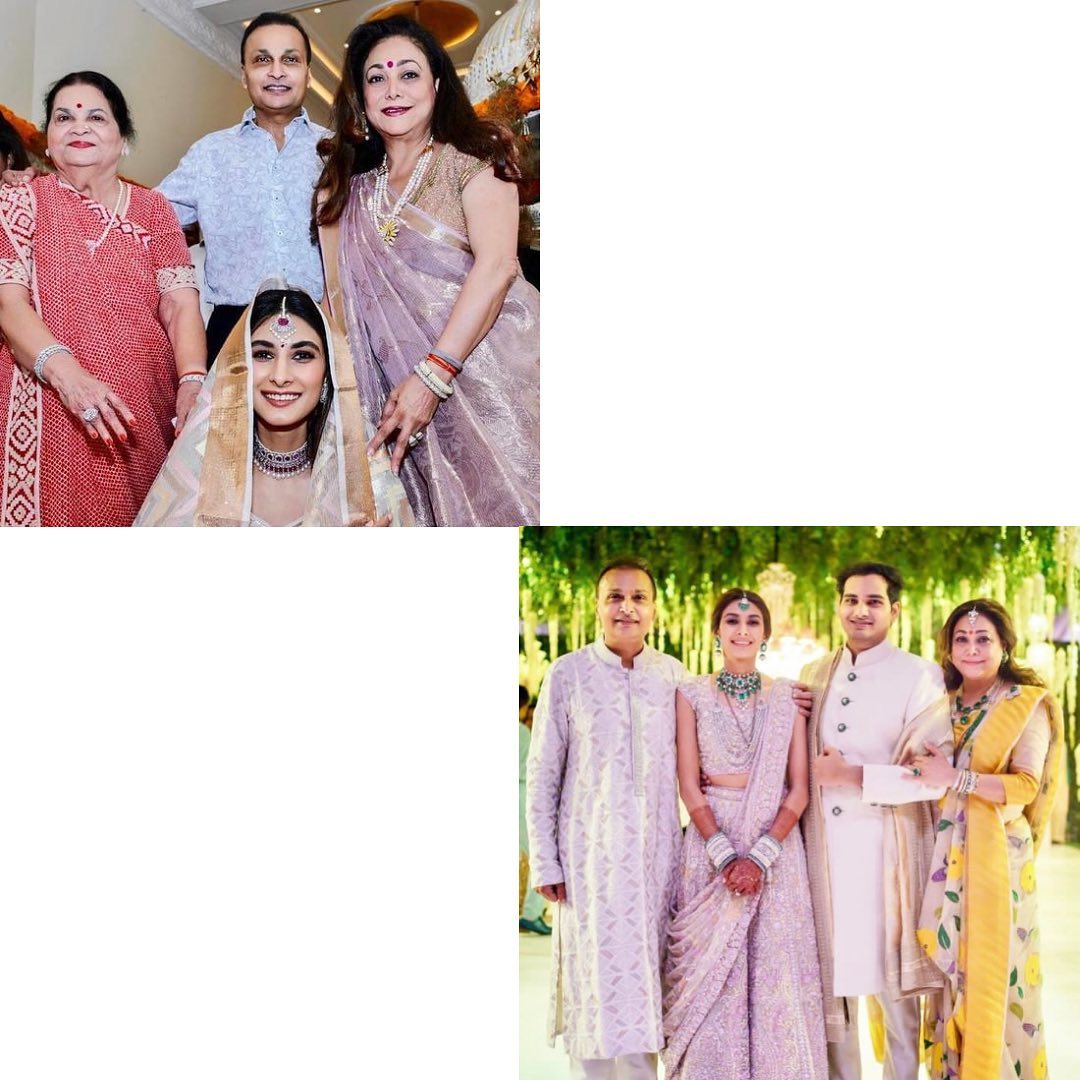 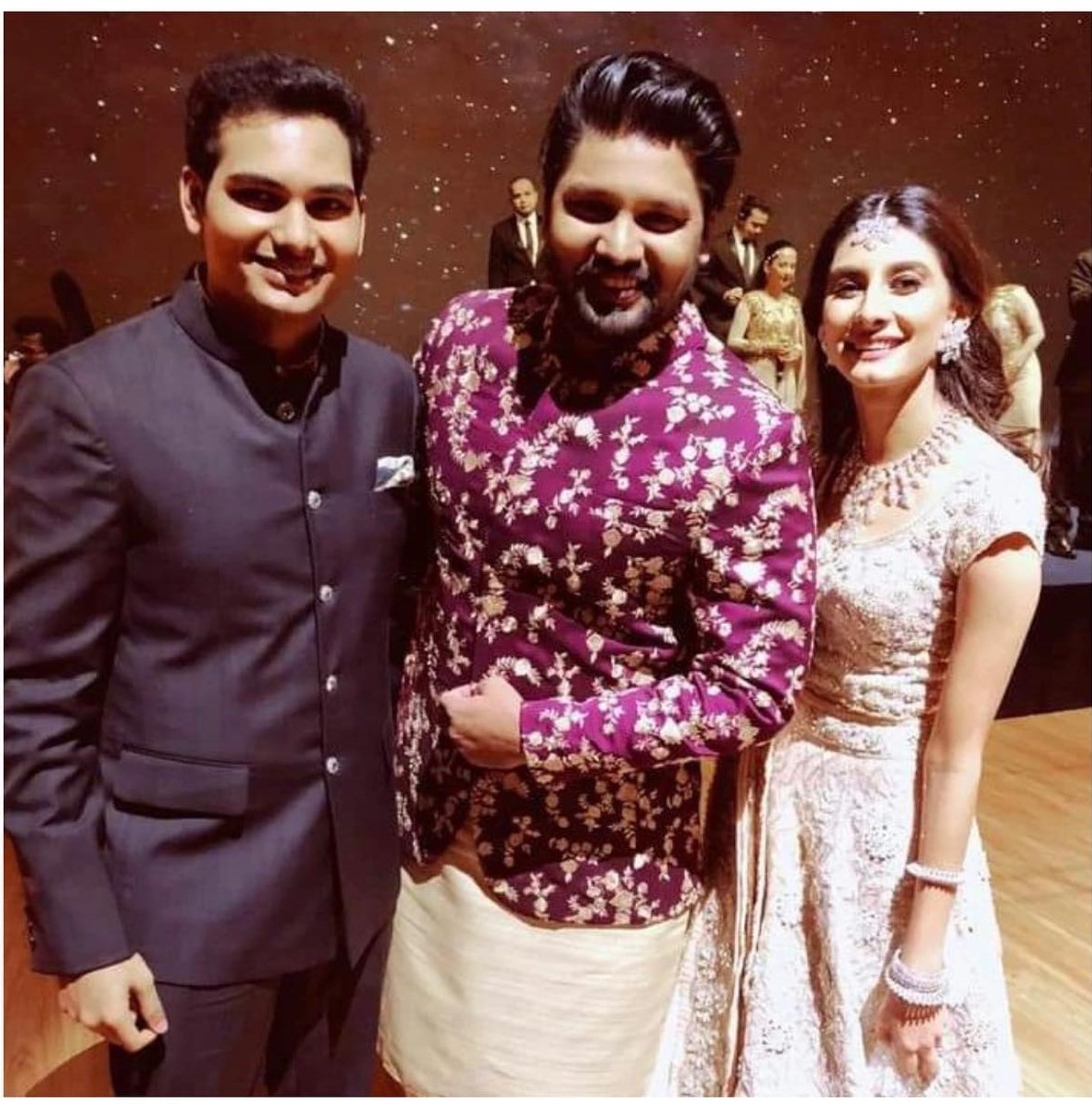 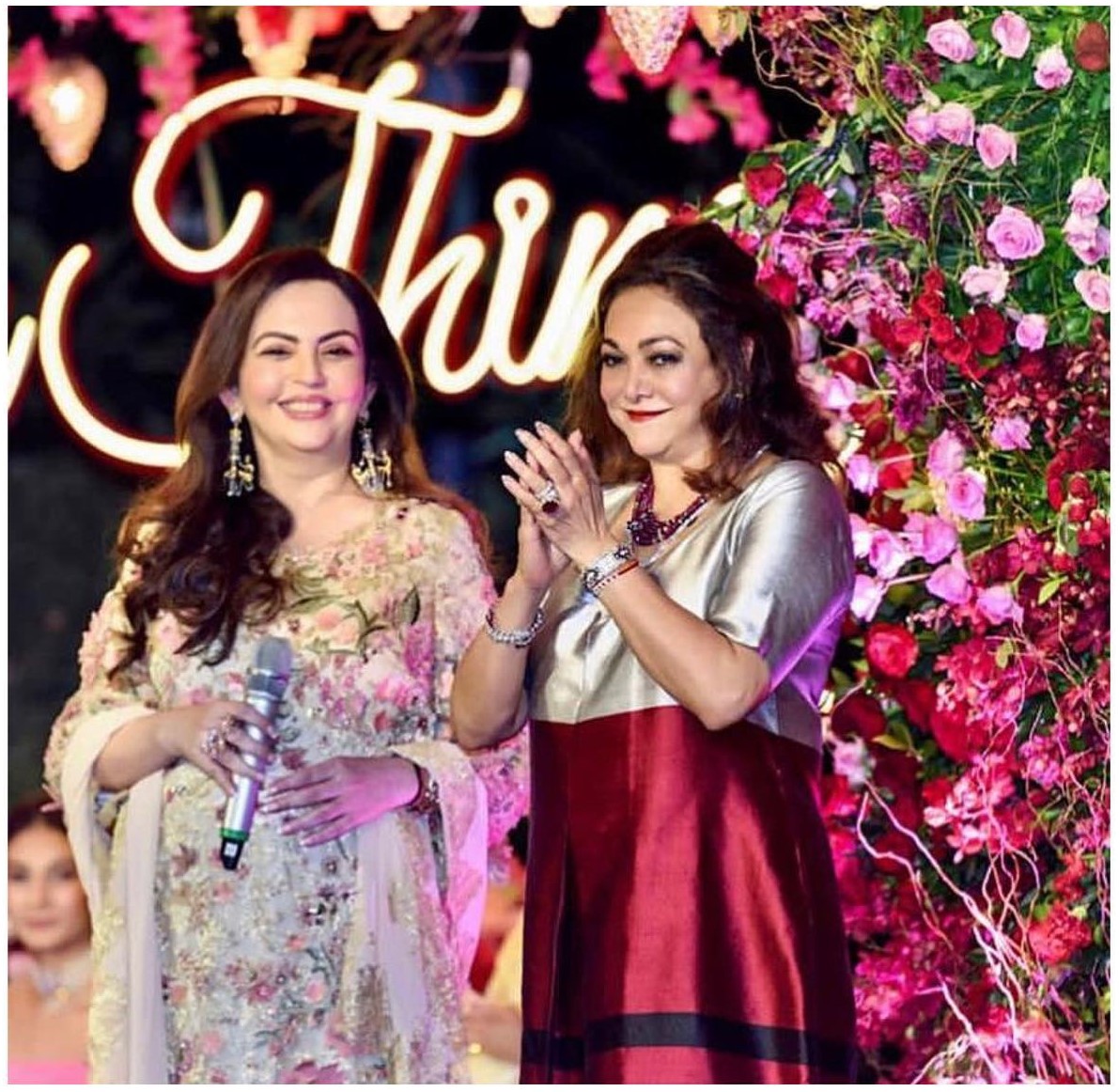 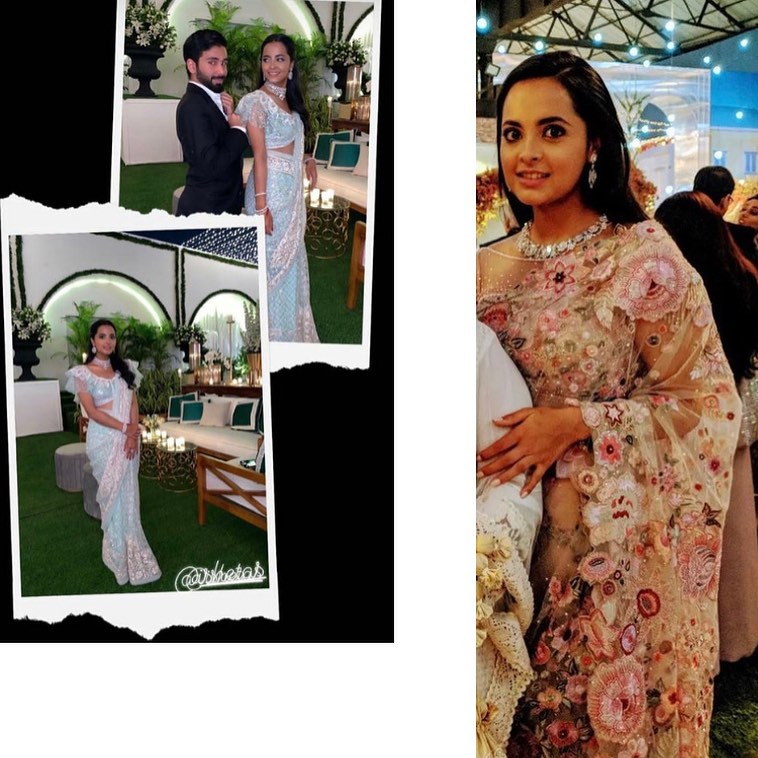 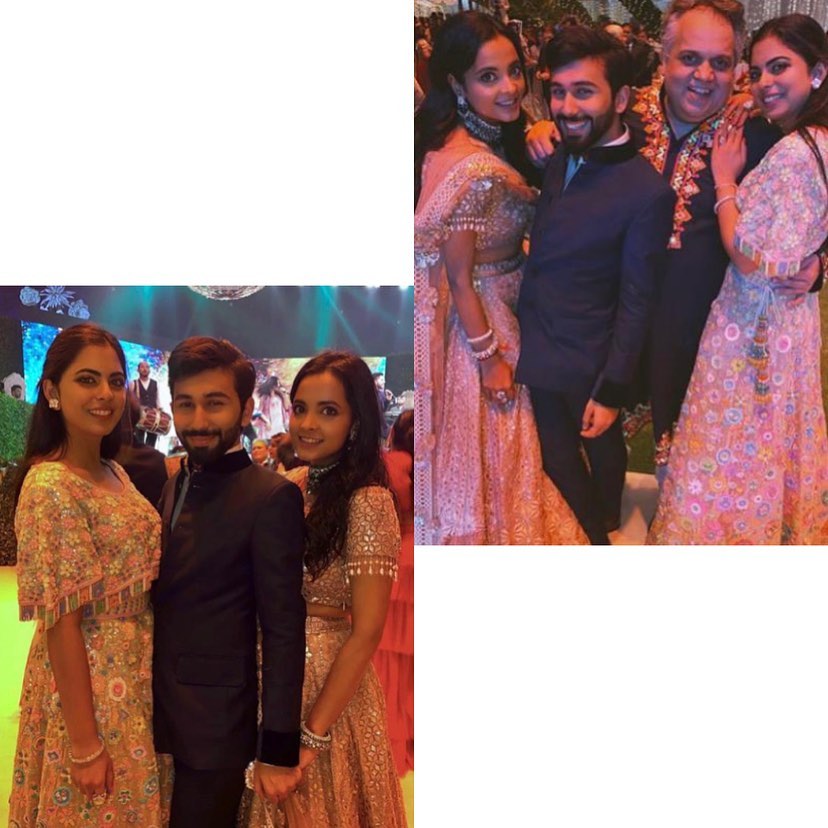 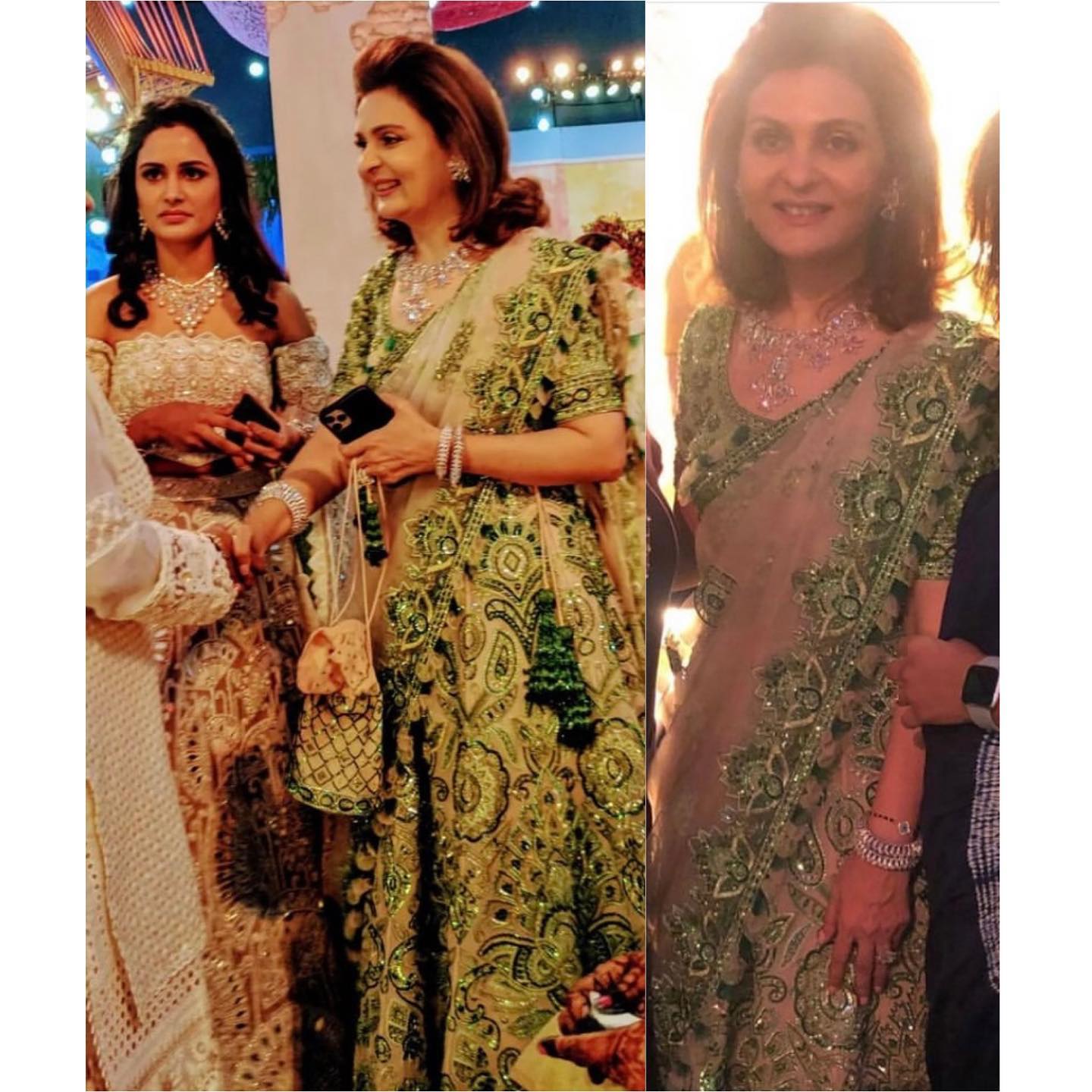 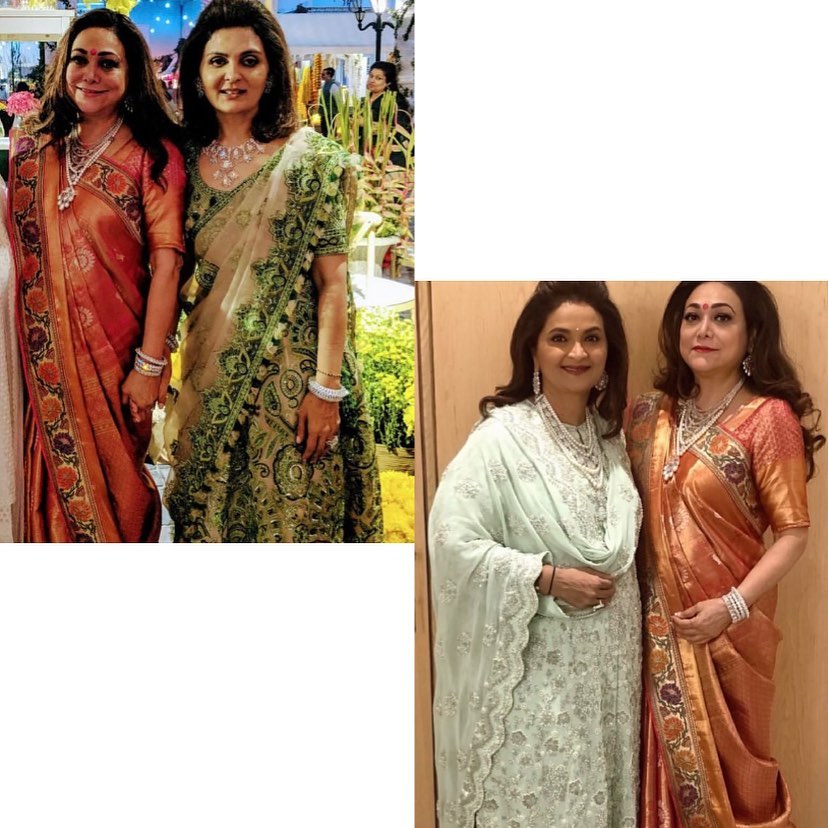 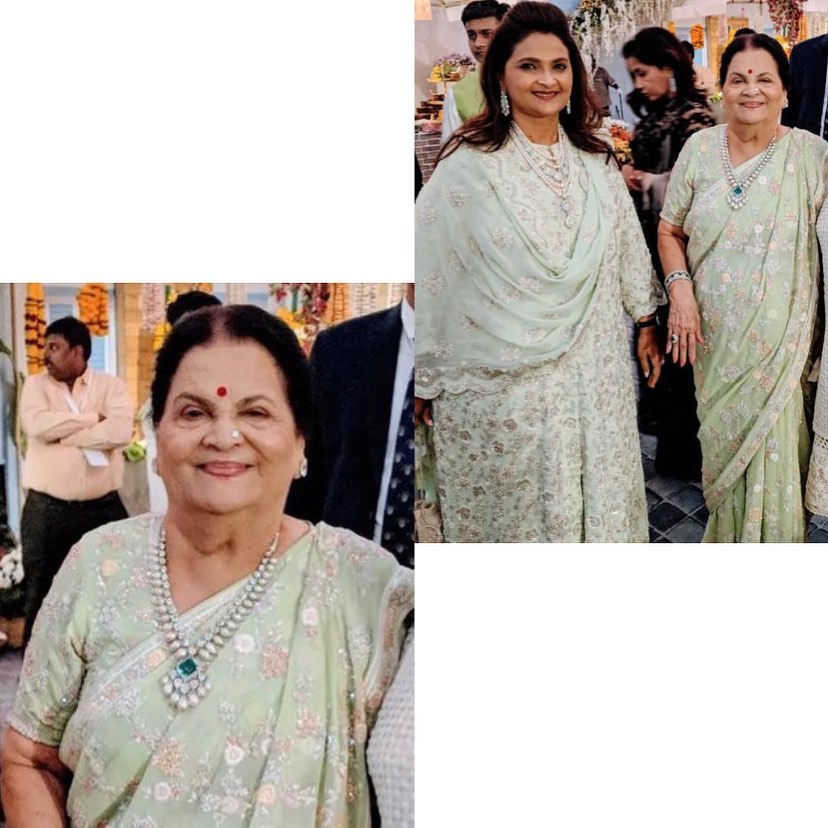 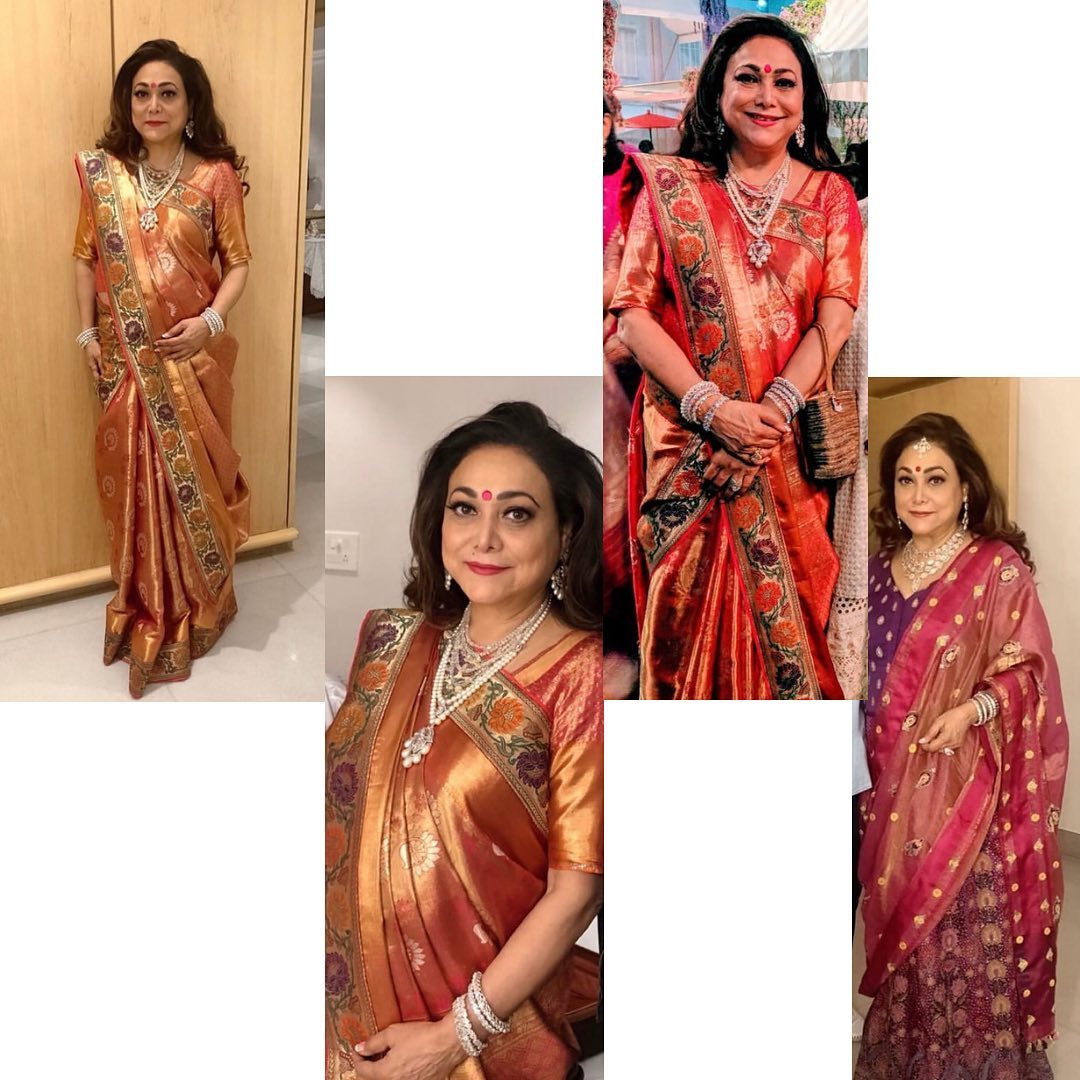 We also stumbled upon Arjun and Anandita's pictures from their pre-wedding ceremonies, which had happened both in Chennai and Mumbai. The ceremonies included the couple's shagun ki mehendi, sangeet and cocktail party. For the ceremonies, we can see the stunning ladies who attended the program had donned pastel-coloured ensembles and looked simply breathtaking. At the end of the post on the Ambani fan page, we can also spot a stunning dance performance by Isha Ambani, Isheta Salgaoncar, and Radhika Merchant, along with the then-bride, Anandita. Check out:

Well, it's only Tina Ambani who has a public profile on the photo-sharing app and keeps sharing cutesy glimpses of her family. For instance, on September 11, 2021, as Arjun Kothari turned a year older, his doting mami had taken to her Instagram handle to share two beautiful pictures with her bhanja. The pictures simply prove the bond between the two of them. In the first picture, we could spot the loving mami showering love on the then-groom-to-be, and the second picture had featured Arjun with his mommy, Nina Kothari and brothers, Jai Anmol Ambani and Jai Anshul Ambani(Tina and Anil's two sons). Along with the pictures, Tina had written:

“Kind and gentle, warm and wonderful, sensitive and sensible, loving and lovable! My dear Arjun, you really have the best of your parents and bring so much happiness to us all.... love and blessings on your special day. @arjunkothari @ananditakothari.” For the unversed, Arjun Kothari is the managing director at Kothari Petrochemicals and Sugars company established in Chennai city.