Did you know that Neetu had hated Rishi the first time she had met him? Or that she had to drink a glass of Champagne to calm her nerves just before their engagement? Read on to find out more about the eternal love story of Neetu Singh and Rishi Kapoor. 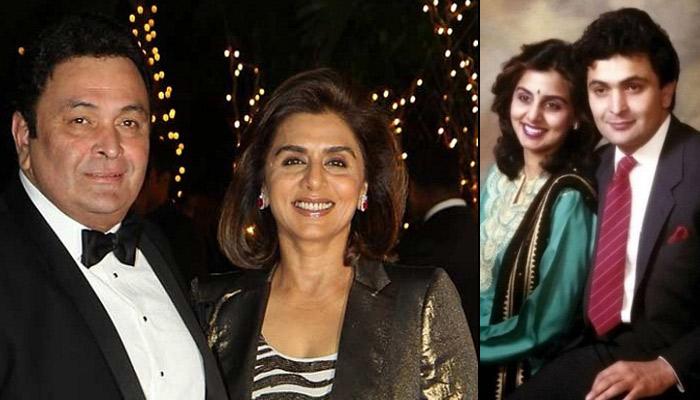 Rishi Kapoor had broken a million hearts when he had khullam-khulla declared his love for the beautiful Neetu Singh. One was the chocolate boy of Bollywood, other the most sought after heroine of that time, love was bound to happen. Their amazing chemistry and blossoming love were always visible in the movies they did together. The magic they had created on the silver screen was not just ‘good acting’, it was true love.

Recommended Read: 9 Evergreen Traditions That Make An Indian Wedding The Most Beautiful Celebration Of The World

Neetu had started dating Chintu, aka Rishi when she was just 14 years old. He was already a well-established actor and the heartthrob of millions by then, while she was just taking baby steps into the industry. The first time they had come together on-screen was for the film Zehreela Insaan (1974).

It was not love at first sight for the beautiful pair. Chintu was quite a prankster and had loved teasing a young Neetu on sets. He would smear her face with kajal just after she would have completed her makeup. But in a true filmy style, Neetu had fallen in love with the guy who irritated her the most, and Rishi too, had reciprocated her love.

Must Read: Famous Bollywood Celebrities Who Married Their Co-Stars

Neetu’s mom, Rajee was not too happy with the turn of events. Neetu was too young, only 14 years, and was just climbing the ladder to success. She did not want to set the tongues of the industry insiders wagging about their relationship. That is why, whenever Rishi took Neetu out on a date, her mother would send her cousin along to act as a chaperone.

When Rishi had proposed to Neetu, Rajee was over the moon. But, Neetu had a nagging feeling of guilt in her mind. She was the sole breadwinner of the house, and she did not want to leave her mother all alone without anyone supporting her. But Neetu’s 'knight in shining armour' had come in and solved her dilemma. He had invited Rajee to stay with them after marriage.

How their engagement came about is a story in itself. It was at a wedding in Rishi’s family in Delhi. The family had decided that this was the right moment to announce their engagement. The sudden announcement and engagement gave Neetu jitters, and her nerves had to be calmed down with a glass of bubbly given to her by Rishi ji. They got married soon after.

This wonderful fairy tale had its own share of twists and turns. The Kapoor family was known to be very patriarchal and a Kapoor bahu was expected to leave the industry and become a housewife. Neetu too did the same. She had returned all her signing amounts and had left the industry for good. This really got the rumour mills up and running. Some people claimed that Neetu was forced into an early retirement. But, she hit back saying it was her personal choice and Rishi was a very supportive husband.

In the late 1990’s, the insiders of the industry claimed that Rishi was turning into an alcoholic. And some newspapers even carried reports of a domestic violence complaint being filed by Neetu against Rishi. Some also reported that Neetu had left her husband. However, putting the rumour mills to rest, Neetu had returned to the Kapoor household and took care of her husband and children.

Must Read: Top 10 Actresses Who Left Bollywood After Marriage

Their Love Carried On

The couple came out of all these controversies and supported each other through the highs and lows of life. She said in an interview, “There always comes a phase in a couple's life when there would be friction, disagreements. Rishi and I also went through that stage. It was just one of those problems, which only the husband and wife would understand. Fortunately, we were able to sort out our differences. Today, everything is forgotten.” 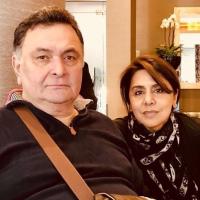 On September 29, 2018, Rishi Kapoor's cryptic tweet about taking a break from work had raised many eyebrows. He had tweeted about his short absence and had requested his fans and well-wishers not to speculate unnecessary rumours. In his tweet, he had mentioned that he was going to America for some medical treatment. After his tweet, a lot of speculations about the actor’s health had started doing the rounds. And it was Neetu ji’’s post on January 1, 2019, which had hinted that Rishi ji was indeed suffering from cancer. Sharing a family picture from their New Year celebrations, the star wife had written, “Happy 2019 no resolutions only wishes this year !!! Less pollution traffic!! Hope in future cancer is only a zodiac sign !!! No hatred less poverty loads of love togetherness happiness n most imp. Good health.” 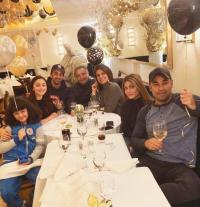 In an interview with the Times Now, Neetu ji had recalled how she had dealt with the news of Rishi’s cancer. She had revealed that she and her kids, Riddhima Kapoor Sahni and Ranbir Kapoor were devasted. They didn’t know how to deal with the situation and Rishi ji couldn’t take the news and had gone for a complete denial. But it was Neetu ji, who had stood like a pillar of strength for him throughout the dark phase of his life. After battling for eight long months, the actor had come home to Mumbai in September 2019. 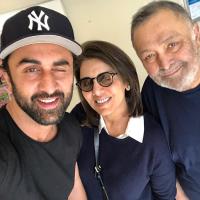 The Veteran Bids Adieu And Leaves For His Heavenly Abode 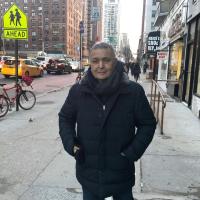 In February 2020, Rishi ji was hospitalised in Delhi due to some health issues, and all the members of the family including Ranbir Kapoor and his girlfriend, Alia Bhatt had flown to Delhi to be with him. Although Rishi ji had revealed later that his treatment in Delhi was nothing related to cancer and it was just an infection that was being treated. On April 29, 2020, Rishi ji was admitted to Sir HN Reliance Foundation Hospital when he had complained of feeling uneasy. It was his brother, actor Randhir Kapoor, who had confirmed the news. And on April 30, 2020, the nation woke up to the shocking news of Rishi Kapoor’s death. The 67-year-old actor, who was fighting with cancer for two years bids adieu to his friends, family, and his loving fans. 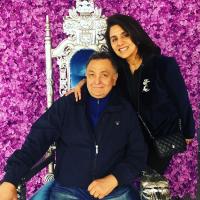 While the nation was still recovering with the news of Irrfan Khan’s untimely death, the terrible news of Rishi ji passing away has only shattered our hearts. It was Rishi ji’s best friend, Amitabh Bachchan, who tweeted about his death. His tweet can be read as “He's GONE! Rishi Kapoor .. gone .. just passed away .. I am destroyed !” 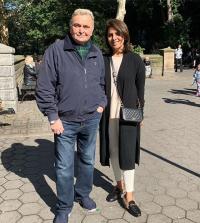 Mai Shayar To Nahi Magar Aye Haseen Jabse Dekha Maine Tujhko Mujhko Shayari Aa Gayi. Rishi Kapoor always managed to mesmerise his audience with his charm and now his absence will always be felt. He will always remain immortal in the hearts of his fans and nothing in this world can change it, not even death.

Recommended Read: The Colourful Moments Of These Brides Will Make You Want To Have A Punjabi Wedding