Television and Bollywood are related to each other and so are many of the celebrities. There are so many celebrities in Bollywood and telly land who are real-life siblings and the world hardly knows about them! Here is a list of such sibling duos.

Bollywood and Television are intrinsically related to each other and there are so many celebs who have either started their careers from the small screen and shifted to the big screen or vice-versa. Then comes those siblings celebrity duo, who are making their marks in these spaces.

Neeti Mohan And Nihaar Pandya Surprise Her Sisters, Shakti Mohan And Kriti Mohan On Their Birthday

If one of them works in Bollywood films, the other one is the eminent name in the television industry. Here we bring to you the list of those lesser known brother-sister duos who are successful in Bollywood and television fraternity. Mihika Varma, who played the role of Ishita Bhalla’s cousin sister, Mihika in the popular daily soap opera, Ye Hai Mohabbatein, rose to fame with this show. Though she left the television industry after getting married to US-based businessman, but she made a significant mark with her role and is still missed in the industry. Mishkat Varma is a doting baby brother of Mihika. He rose to fame with Nisha Aur Uske Cousins and was last seen in Colors TV serial, Ichhapyaari Naagin. 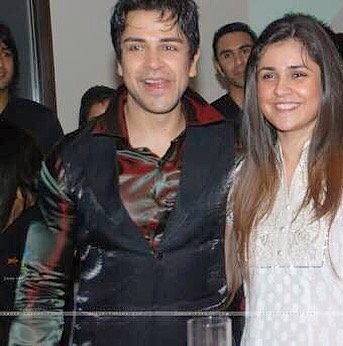 Meher Vij is known for playing the role of the mother in Bollywood blockbuster movies, Bajrangi Bhaijaan and Secret Superstar. She is the younger sister of Beyhadh fame, Piyush Sahdev. In an interview with the Times Of India, Piyush had said, "I am extremely protective about Meher. After my mother passed away, she almost took her place by guiding and taking care of me. I cried like a baby on her bidaai as it felt like losing my mom for the second time." 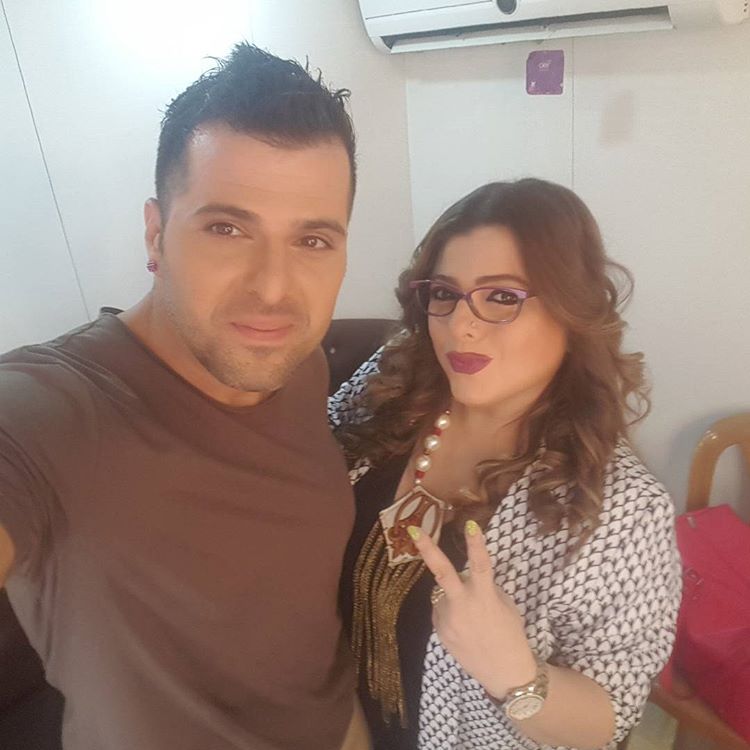 Delnaaz Irani has done several comic roles in Bollywood films and has worked with big shots of Bollywood industry. Her brother, Bakhtiyaar Irani is popular in the television world. He feels that he is lucky to have such a genuine person in his life in the form of his sister. With a six-year age gap between the two. Bakhtiyaar has always considered Delnaaz as a mother figure. 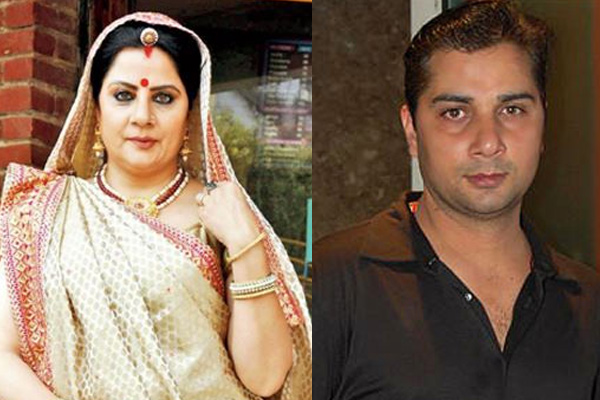 Alka Kaushal is a well-known face on small screen and is mainly known for her negative roles in TV shows such as Swaragini — Jodein Rishton Ke Sur and Qubool Hai. She is also seen in blockbuster movies, Queen (Kangana’s mother) and Bajrangi Bhaijaan (Kareena’s mother). Not many of us know that she is the sister of Astitva...Ek Prem Kahani fame, Varun Badola. Though both of them are famous for their roles on television, they have never shared the screen space. In an interview with a media portal, Alka had said that if Varun wears a ghagra, it is difficult to tell them apart. Well, now that you know that they are siblings, you can see the resemblance between them. 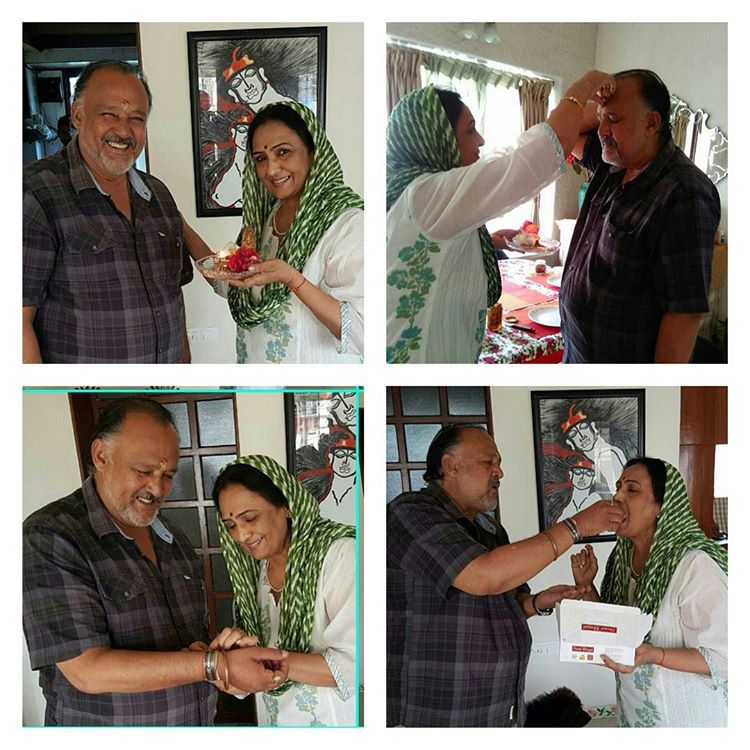 The veteran actor and the most sanskari babuji of Bollywood, Alok Nath is known for his roles in small screen as well as the silver screen. Do you remember Vineeta Malik, who played the role of daadi in Yeh Rishta Kya Kehlata Hai? She is the real sister of Alok Nath. Both of them are known for their Sanskaari roles in daily soaps and movies. Jannat Zubair had gained recognition for Colors TV show Phulwa and played the pivotal role in Bharat Ka Veer Putra – Maharana Pratap. And just like Jannat, her younger brother, Ayan Zubair is also the child prodigy. He was seen in Chakravartin Ashoka Samrat and Jodha Akbar. Just look at the cuteness of this brother-sister duo!

Also Read: Traditional Way Or Modern Route, Here's What These B-Town Divas Did To Their Surname After Marriage 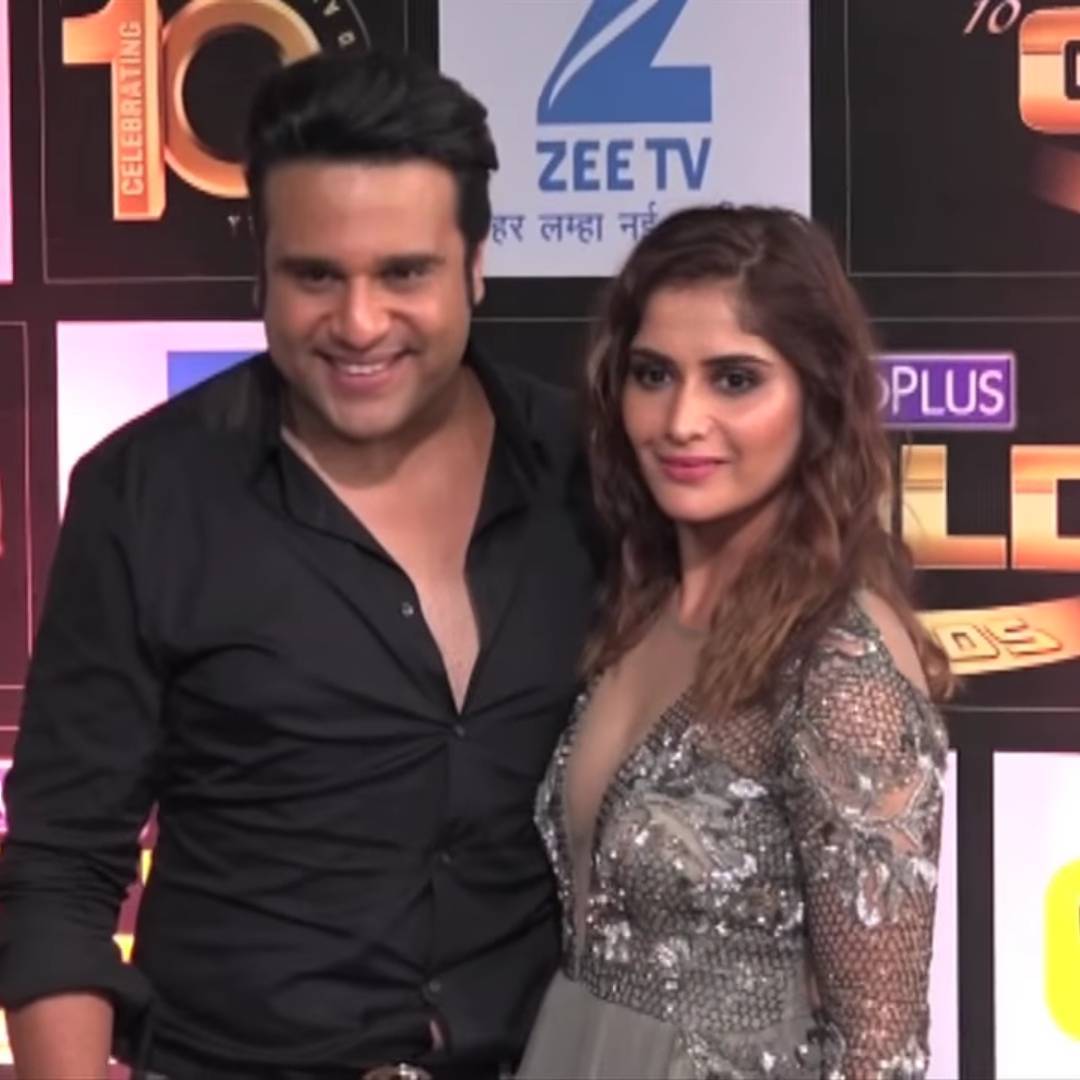 Krushna Abhishek has always been one of the favourite comedians of the industry, be it his comic timings in Hindi films or tickling our funny bones through his standup comedy. TV actress, Aarti Singh, who is known for her roles in Maayka - Saath Zindagi Bhar Ka and Waaris, is the sister of Krushna in real life. In an interview with The Times Of India, Aarti had said that she was living with Krushna and his then-girlfriend, Kashmera Shah for three years quite comfortably, and her brother is extremely protective about her. Ridhi Dogra had gained fame for her role in Maryada...Lekin Kab Tak? on Indian television. Before she had entered the industry, she was a dancer in the Shiamak Dawar Dance Institute. She is the younger sister of Akshay Dogra, who is an actor-producer and had made his acting debut in a Zee TV serial, 12/24 Karol Bagh and had gotten fame through his performance in popular show, Iss Pyaar Ko Kya Naam Doon. 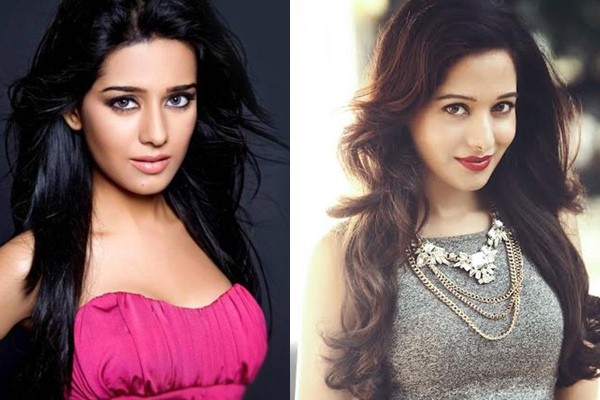 With many prominent roles on the silver screen, Amrita Rao is not an unknown face to the industry. She is Bollywood’s quintessential girl-next-door. Her sister Preetika Rao is making her mark on the television. Preetika had made her debut on TV with Beintehaan. From their features and hair to their dress sense, both the sisters have a lot of similarities. Bengali beauty Tanushree Dutta, who won the title of Femina Miss India Universe in 2004, had made her debut on silver screen with Aashiq Banaya Aapne. Her younger sister is Drishyam actress, Ishita Dutta, who has also worked as the lead role soap opera, Ek Ghar Banaunga. While Tanushree has now retired from the industry, her sister is doing a great job and will be seen in a lead role on the silver screen with Firangi. 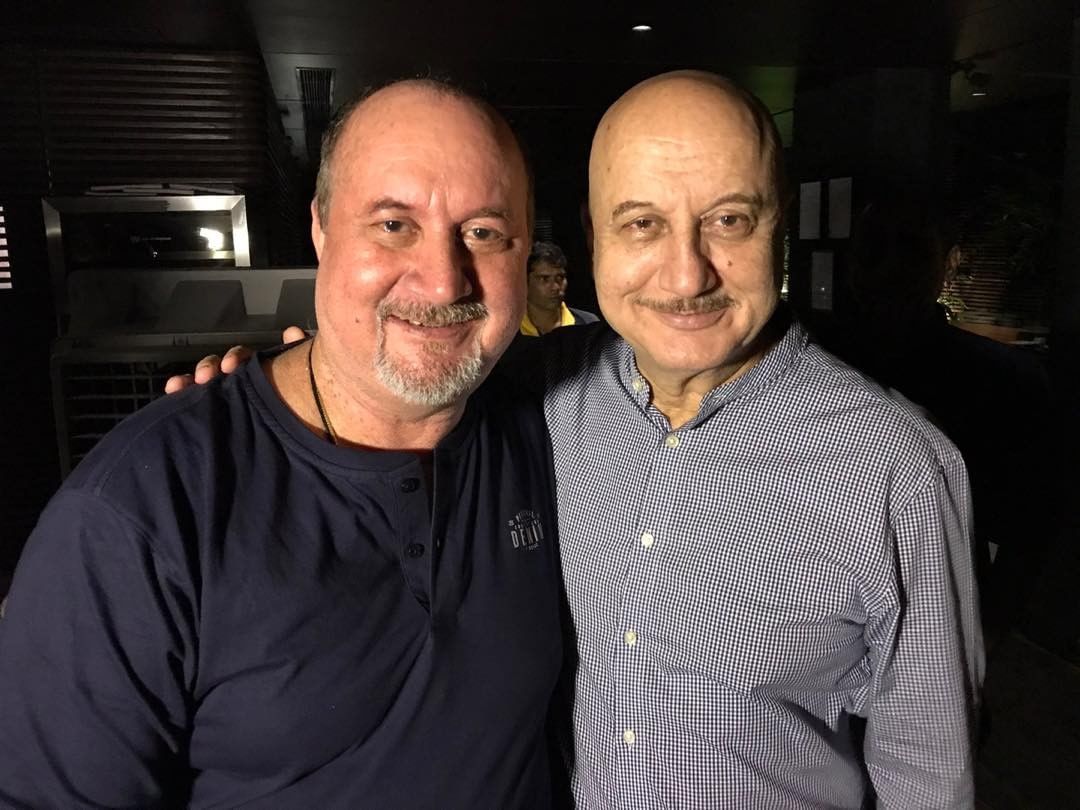 Anupam Kher needs no introduction for his work in the Bollywood industry. And same goes for his brother, Raju Kher, who has made a prominent name for himself on the television. This brother duo with their hard work has created a niche for themselves. 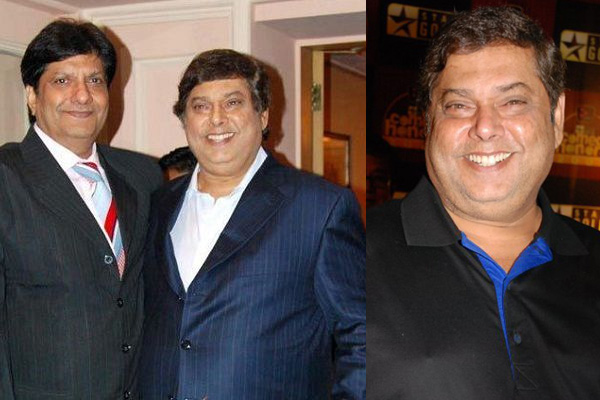 Anil Dhawan secured the pivotal role in Life OK show, Mein Laxmi Tere Aangan Ki and has also done many roles in the films as well. On the other hand, David Dhawan is creating waves in Bollywood with his direction. This duo is making their marks in the industry, on-screen and behind the camera.

Also Read: 10 Popular Bollywood Couples Who Broke Up After Staying In A Live-In Relationship For Many Years Gauahar Khan has made a niche in both Bollywood and TV serials. She’s been the winner of Bigg Boss 7. Unlike her sister, Nigar remained on the television and had done a lot of serials. But Gauahar has expertly split her career between TV and Bollywood with such eminent roles. 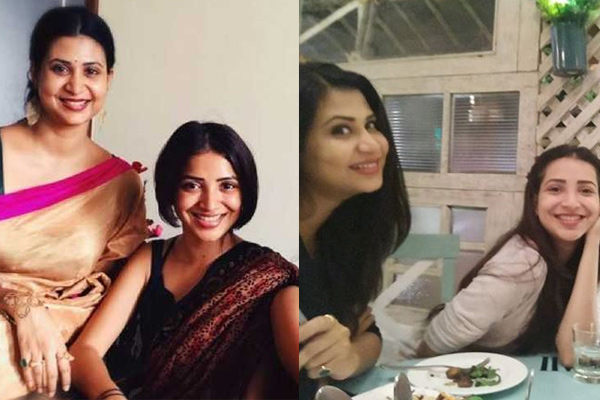 Do you remember, one of the protagonists from the much spoken about the film, Lipstick Under My Burkha? Plabita Borthakur was appreciated for her role in the movie. Not many of us know about her sister, Parineeta Borthakur. Parineeta is known on television for her show Swaragini – Jodein Rishton Ke Sur. 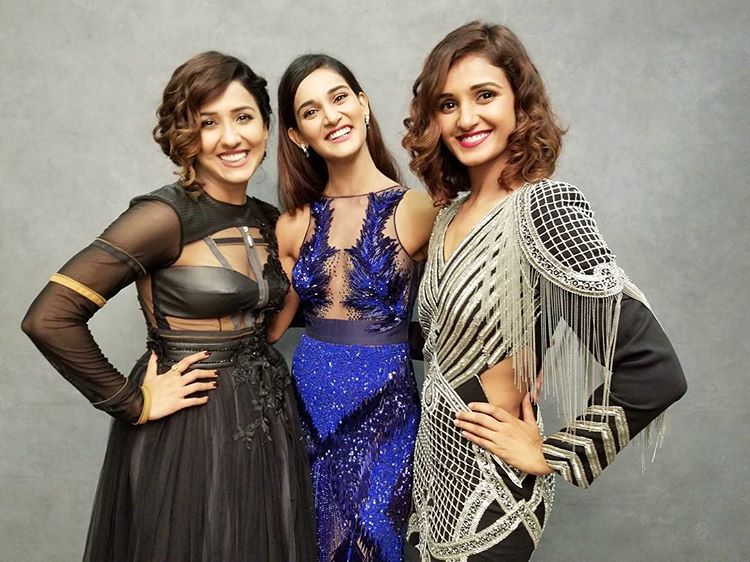 Neeti Mohan is the eldest of the Mohan sisters and is a fabulous singer. Shakti is a popular contemporary dancer and is also the winner of dance reality show Dance India Dance 2. Youngest of the two is Mukti, who is actor-cum-dancer and has acted in short films and web series. Shakti has always given credit to her sister, Neeti for introducing her to the world of dance. The Mohan sisters have stolen everyone’s heart with their remarkable performances.

Also Read: Famous Bollywood Celebs Who Tattooed Themselves With The Names Of Their Lovers 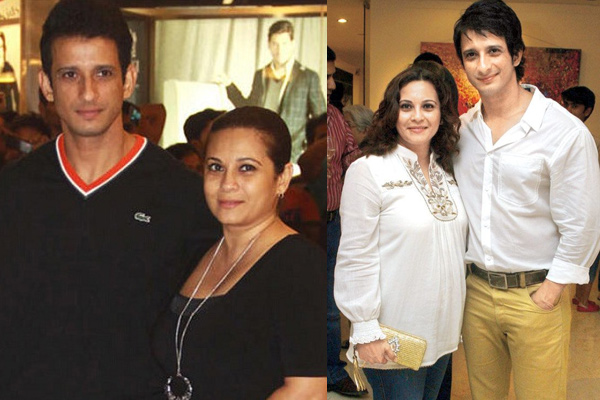 One of the 3 Idiots, Sharman Joshi has a sister, Mansi Joshi Roy who is famous for her roles in Hindi serials. Sharman has made his mark in the Bollywood industry, while his sister has kept herself to small screen only. 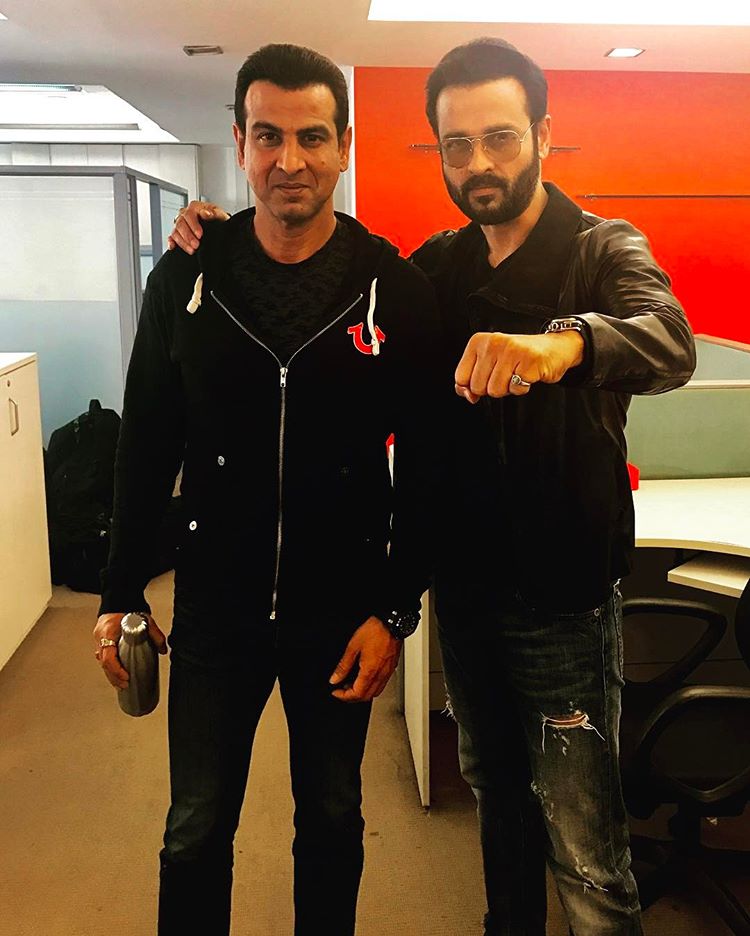 How many of these sibling duos you all knew about? And if you know some other names that we missed out on, do let us know. We are waiting to add them too to the list.

Also Read: He Is Conventional, She Is 4 Years Older: Love Story Of Mahesh Babu And Namrata Shirodkar