Saif Ali Khan and Kareena Kapoor Khan are the power couple of Bollywood. Recently, the adorable couple was seen on an evening stroll with their munchkin, Taimur Ali Khan after the lockdown.

With the majority of restrictions of the lockdown being removed, everyone is making sure to step out of their homes with precautions. With all the safety measures, some are travelling to meet their loved ones, and some are going out to buy the daily necessary items. But many of us are happy that the major restrictions are not in force anymore and we don’t have to be locked inside our homes. Bollywood celebs too had made sure to step out of their homes with precautions. And the Nawab of Bollywood, Saif Ali Khan, and his Begum, Kareena Kapoor Khan too have stepped out with their cotton ball, Taimur Ali Khan. (Also Read: Taimur Ali Khan And Inaaya Naumi Kemmu Talk Over Video Call In Their 'Language', Reveals Kunal Kemmu)

Kareena Kapoor Khan and Saif Ali Khan are the most sought-after couple of the glamour world. Royal is the word that crosses our minds when we think about this couple. After dating for five years, Saif and Kareena had tied the knot on October 16, 2012, and from then onwards, they have been a true inspiration for all the couples. And in 2016, the power-couple had welcomed the apple of their eyes, Taimur Ali Khan. Since then, the little cotton ball has become the new internet sensation. On June 7, 2020, Saif Ali Khan and Kareena Kapoor Khan were seen going for an evening stroll with their little munchkin, Taimur Ali Khan. In the video, Taimur was seen enjoying the sunset at Marine Drive with his parents, Saif and Kareena. Taimur looked like a cotton ball in his casual best with abba, Saif, who donned a white kurta pyjama. On the other hand, Kareena opted for a black floral dress. The trio enjoying their first outing after the lockdown was a sight to behold. Taimur is a star in the making and enjoys a huge fanbase. At an event, Kareena had revealed that her son is so habitual of the media taking his pictures that he doesn’t like it when his abba, Saif or she herself take his picture. Kareena had also revealed little Tim’s reaction whenever she tries to take his picture. He says, 'Amma, no pictures'. At the event, host Karan Johar had asked Kareena whether Tim has become too addicted to the media attention and whether he misses paps when they are not around, Kareena had replied that little Tim thinks that paparazzi are his friends. (Also Read: Mohena Kumari Singh Gets Emotional While Speaking Her Heart Out After Being Tested COVID-19 Positive) 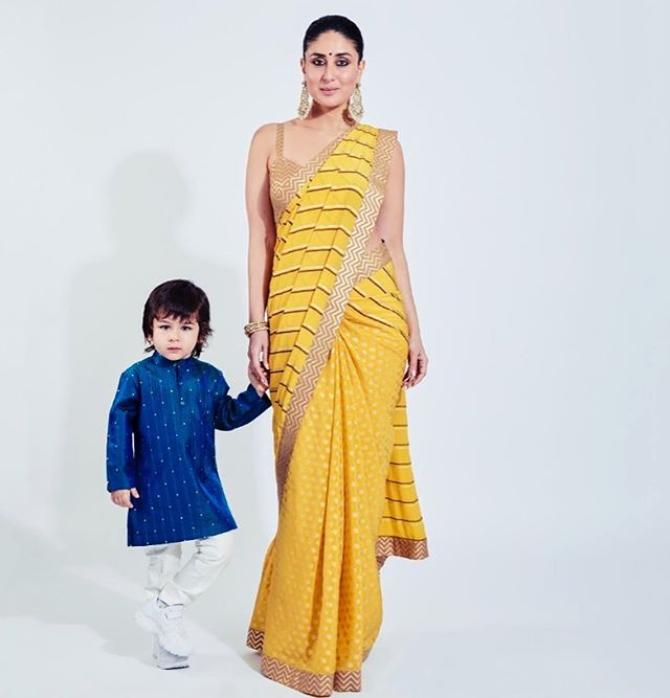 According to a report of the Hindustan Times, Saif Ali Khan had revealed that his wife, Kareena Kapoor Khan often takes videos of their son, Taimur Ali Khan from his phone to put on her social media handle. When asked by film critic, Anupama Chopra whether the star couple discusses which pictures to post, Saif had stated, “We don’t really talk about it. It’s mostly me yelling, ‘don’t post that picture of Taimur!’. She’s pinching all my pictures. I think I should be on social media.” 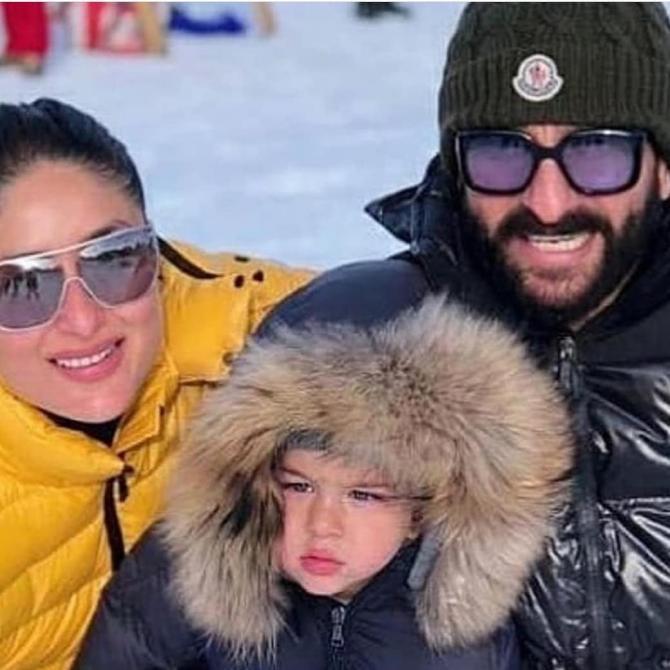 On March 7, 2020, Kareena had taken to her official Instagram handle and had posted one of the most amazing pictures. Yes, it was a picture with her adorable son, Taimur Ali Khan. Kareena had posted a monochrome picture of Taimur looking like a cotton ball, resting on his momma’s shoulder. Along with the picture, Kareena had written a beautiful caption that could be read as “The only one I will ever allow to steal my frame.” Saif has always talked about his desire to give a normal life to his son, Taimur. In an interview with East India Comedy, Saif had revealed that he had given up on being a strict father to Taimur and had stated, “I think it is good to be a little strict, I have given up. This time round, like my third child and my wife’s first (cracks a joke on himself and says ‘that sounds weird), so she kind of spoils him slightly and I know this is not gonna end properly. I know where this is going. And now he is bully everyone at home. I don’t want to go to school, so all that’s happening.” (Also Read: Tusshar Kapoor Pens An Adorable Birthday Note For Sister And 'Incredible Bua', Ekta Kapoor) What do you think about Saif and Kareena’s evening stroll with Taimur? Let us know.