The 'chote Nawab' of Pataudi, Taimur Ali Khan is soon going to turn three. Ahead of his birthday, the entire family had gathered at the Pataudi palace and posed for a complete family picture.

Birthday’s are always special and especially when it is of your little munchkin who is growing into becoming a handsome hunk. From the moment when you first hold your newborn into your arms to helping him/her to walk and running behind them, everything seems surreal! Time does fly with the blink of an eye and we can’t help but cherish the beautiful memories and capture them in our heart for lifelong. From the moment when your child utters his/her first word to when he/she takes the first step, tears start to roll down your cheeks seeing your little one grow. (Recommended Read: Arjun Kapoor And Janhvi Kapoor Twin In Blue And Strike For A Perfect Pose At 'Panipat' Screening)

It feels like yesterday when the Nawab of Pataudi, Saif Ali Khan and his Begum, Kareena Kapoor Khan had graced the balcony with their newborn, Taimur Ali Khan and overnight he had become an internet sensation. On December 20, 2016, Saif and Kareena had welcomed their little bundle of joy and ever since, he has been ruling the internet with his adorable smile and friendly nature. Taimur, who is media’s favourite star kid loves to spend time with his family and has been spotted on evening strolls with his abba, Saif and amma, Kareena. 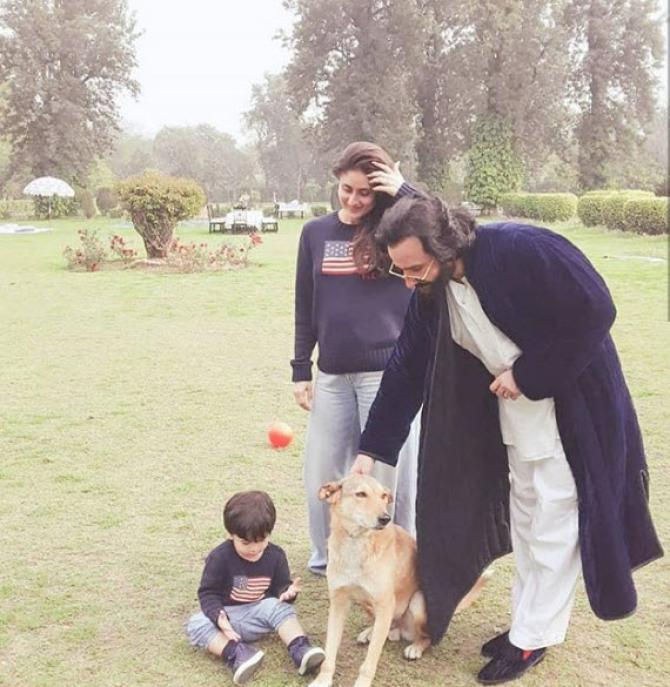 Not-so-little, Taimur Ali khan will soon turn three (December 20, 2019) and ahead of his birthday, the entire Pataudi family was spotted at the Pataudi Palace. Sharmila Tagore, Saif Ali Khan, Kareena Kapoor Khan, Taimur Ali Khan, Soha Ali Khan, her hubby, Kunal Khemmu and their little angel, Innaya Nuami Khemmu were recently spotted at the Pataudi Palace and posed for a complete family picture. In the picture that has gone viral on the internet, we can see little Tim in his mischievous best and pose with his tongue out and little Inaaya could be seen curled up in her mommy, Soha’s arms but her face was not clear in the picture. Kunal also took to his Instagram and shared a picture with Soha, Kareena and Saif posing in their palace. Here are the pictures for you: On November 30, 2019, Soha Ali Khan along with her husband, Kunal Kemmu and daughter, Inaaya Naumi Kemmu had headed off to her ancestral home, Pataudi. Soha and Kunal have been treating their fans with glimpses of their vacation. Soha, Kunal and Inaaya are also joined by his parents and sister. Soha had paid a visit to her father, Mansoor Ali Khan Pataudi’s grave and sharing a picture from the same with her daughter, Inaaya, Soha had written, “Wish you were here.” The inscription of the gravestone could be read as “Mohammad Mansoor Ali Khan, The Nawab of Pataudi 1941-2011 Love me when I am dead and do not let me die.” (Suggested Read: Shweta Bachchan Nanda And Abhishek Bachchan Post Heartfelt Wishes On Navya Naveli Nanda's Birthday) But do you know that the Pataudi palace that the family visits for their outings was earned back by Saif Ali Khan from a hotel chain company? For the unversed, the Pataudi Palace was rented to a hotel chain post the death of Saif’s father, Mansoor Ali Khan Pataudi. In an interview with the Mid-Day, Saif had revealed how he earned back the Pataudi palace. He had revealed, “People have a certain fixed notion. For that matter, even with Pataudi palace, when my father Mansoor Ali Khan Pataudi died, it got rented to Neemrana Hotels. Aman Nath and Francis Wacziarg used to run the hotel. Francis passed away. He’d said that if I wanted the palace back, I could let him know. I said: ‘I want it back’. They held a conference, and said, ‘okay, you have to give us lots of money!’ Which I then consequently earned.” 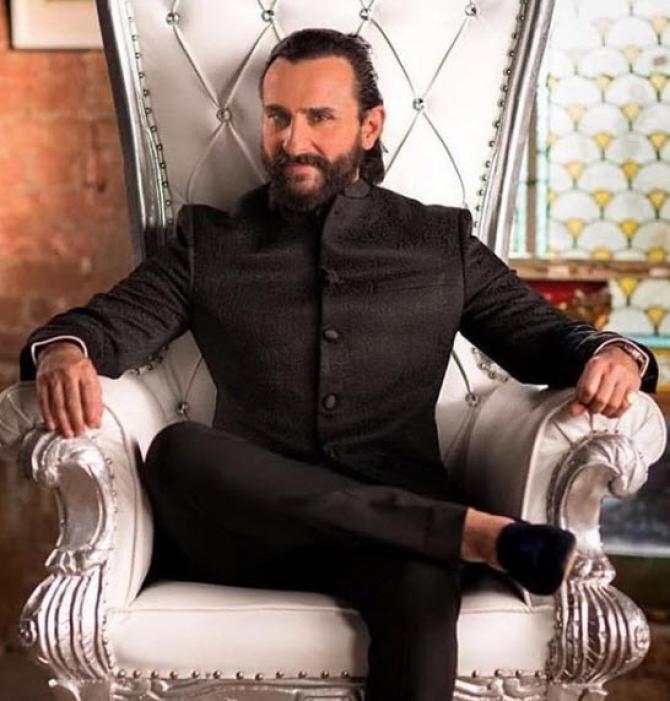 Saif Ali Khan had further talked about earning his own place back which he should have inherited. He had revealed, “So, even the house I’m supposed to have inherited has been earned back through money from films. You can’t live off the past. At least we can’t in our family, because there was nothing. There is history, culture, beautiful photographs; and, of course, some land. It has been a privileged upbringing. But there’s been no inheritance.” In May 2019, Saif Ali Khan had appeared on actor, Arbaaz Khan’s chat show, Pinch and had talked about his personal life. Saif had revealed the reason behind his father having two surnames and how he has never been interested in being a Nawab. He had said, “So, at the age of 5, I asked my father, 'why do you have two names?' to which he replied, 'I was born Pataudi but after 1971, it changed to Khan. So, this is my name now and that is your name as well. You are Khan. This is how we were brought up and I think people should know about it. I have never been interested in being a nawab. I prefer eating kebabs.” 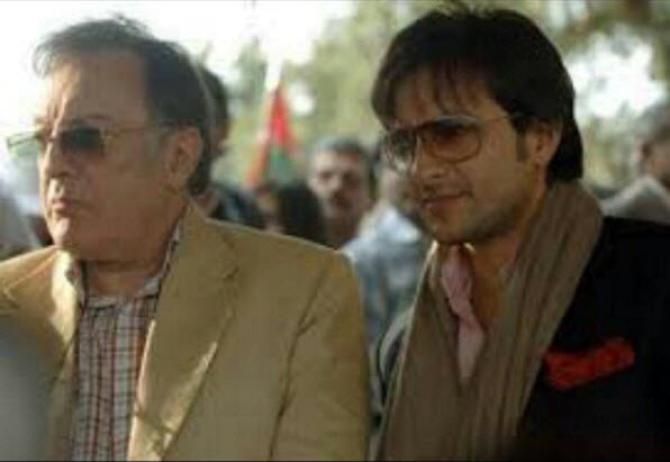 In a throwback interview with the DNA, Soha Ali Khan had thrown some light on the parts of her book, The Perils of Being Moderately Famous that focused on her father, Mansoor Ali Khan Pataudi. Soha had elaborated, “I shared a good relationship with him and had a huge amount of respect for him. I’m happy that I put it down because after he passed away, these were the things that I was thinking about. We enjoyed each other’s company immensely. We went on holidays together. He would help me with my school debates, speeches (especially since he was a good orator), homework, and my visa application. I always thought he was the coolest person in the world, and I was so lucky to be loved by someone who himself was loved by so many people.” (Must Read: Esha Deol's Daughter, Radhya Takhtani Helps Her Mommy In Decorating The Christmas Tree) We can’t keep our eyes away from how adorable Taimur Ali Khan looks in the family picture! 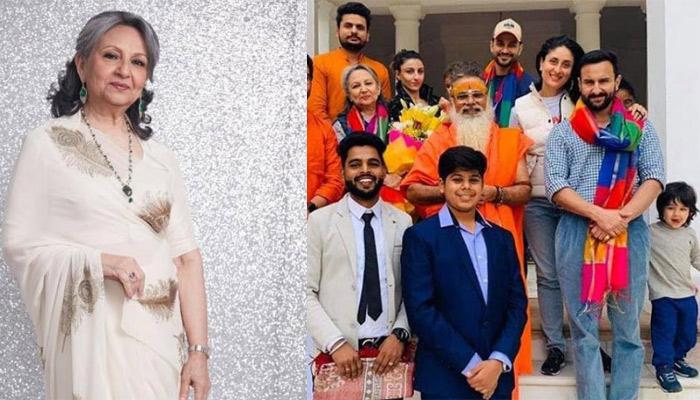