Suhana Khan was spotted outside Zoya Akhtar's office wearing shoes worth Rs. 2 lakh and a bag worth Rs. 1 lakh.

Suhana Khan is a princess in her true essence. From Gucci to Prada, her closet speaks highly of her luxurious choices. Her grace and poise have made people wait for her to make her big Bollywood debut and looks like, she is all set to be on the big screen soon. Shah Rukh Khan’s little girl, Suhana was spotted outside director, Zoya Akhtar’s office and her casual outfit had luxury written all over it.

For the unversed, if the reports are to be believed, Zoya Akhtar is all set to give a desi twist to the critically acclaimed and world-famous comics, Archie comics for her Netflix adaptation series. The director has reportedly found her lead characters, Archie, Betty, and Veronica. For Betty's role, Zoya has allegedly cast Shah Rukh Khan's daughter, Suhana Khan and Boney Kapoor's daughter, Khushi Kapoor, is reportedly cast in the series to play Veronica's character. 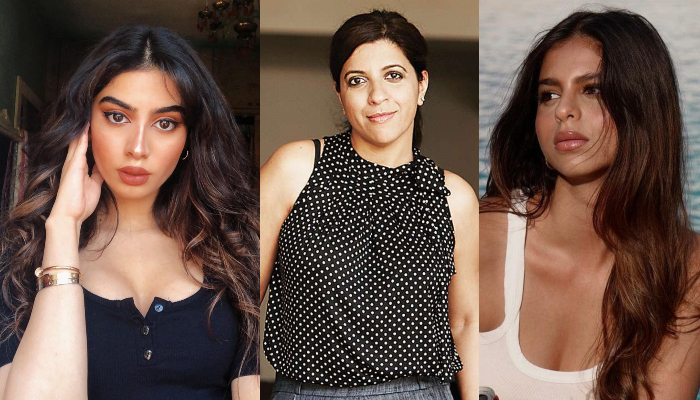 On the evening of February 4, 2022, Suhana Khan was clicked outside director, Zoya Akhtar’s office as she visited her. The gorgeousness was seen in her casual avatar as she wore a white tank top with grey trousers from the brand, Fila. She finished off her looks with Nike's Air Jordan 1 High OG twist sneakers, which costs $2,738, which when converted comes to Rs. 2,04,338, and a Chanel Cambon W New Quilted Cc White Leather Bag, which comes with a price tag of $1,450.00, which converts to Rs. 1,08,236. 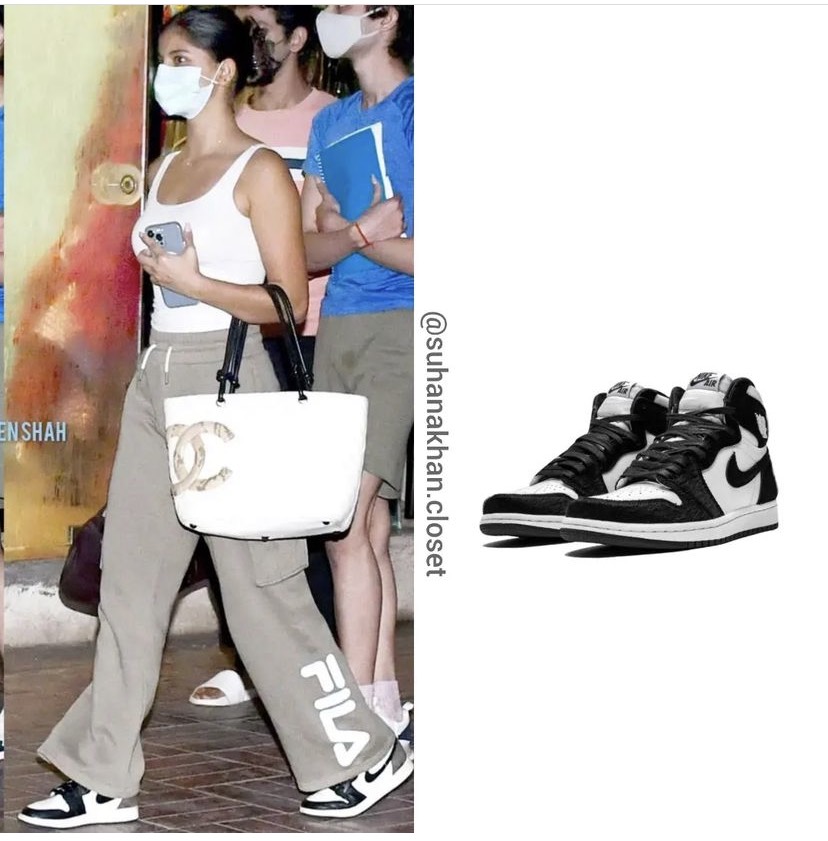 When it comes to fashion, Suhana Khan totally knows how to nail her looks. To ring in her 21st birthday on May 23, 2021, Suhana Khan had opted for a sizzling hot dress. In the pictures shared on her IG handle, Suhana could be seen wearing a halter and a keyhole neckline mint green corset style dress, keeping her tresses open. She had completed her look with a matching purse. While her dress had cost around £ 35, which converts to Rs.3,600, it was her Brushed Leather Prada bag that came at a whopping cost of £ 1,200 which converts to Rs 1,23,749. Keeping up with her luxurious closet, Suhana Khan had added another expensive purchase to it. Calling it ‘retail therapy’ on her IG stories, Suhana shared a picture flaunting her mini pocket bag from Louis Vuitton in September 2021. She was seen fixing her hair while holding the bag. The cost of the bag was 499 Euros which converts to Rs. 43,110. 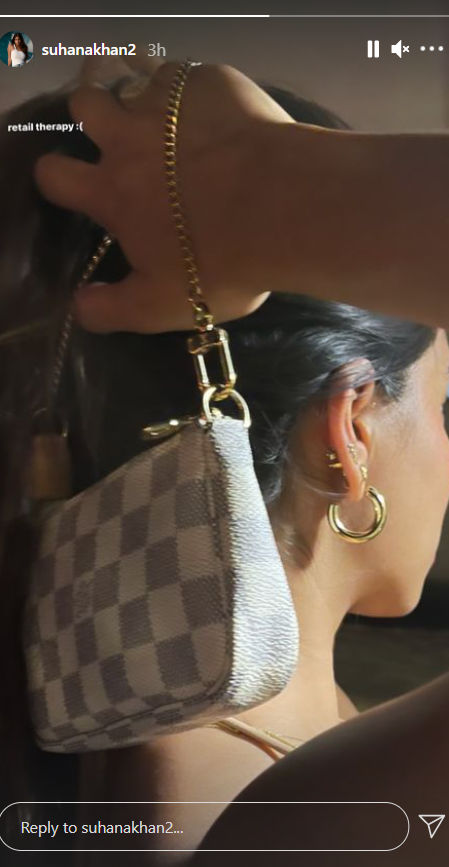 In June 2021, Suhana Khan had posted a picture on her IG handle with a black cat as she had clicked a selfie. Suhana had worn a beige coloured crop top with grey joggers and had styled it with a blue cap, leaving her hair open. She had kept her makeup minimal, peachy and dewy. Sharing the picture, she had written, "Cat lady." 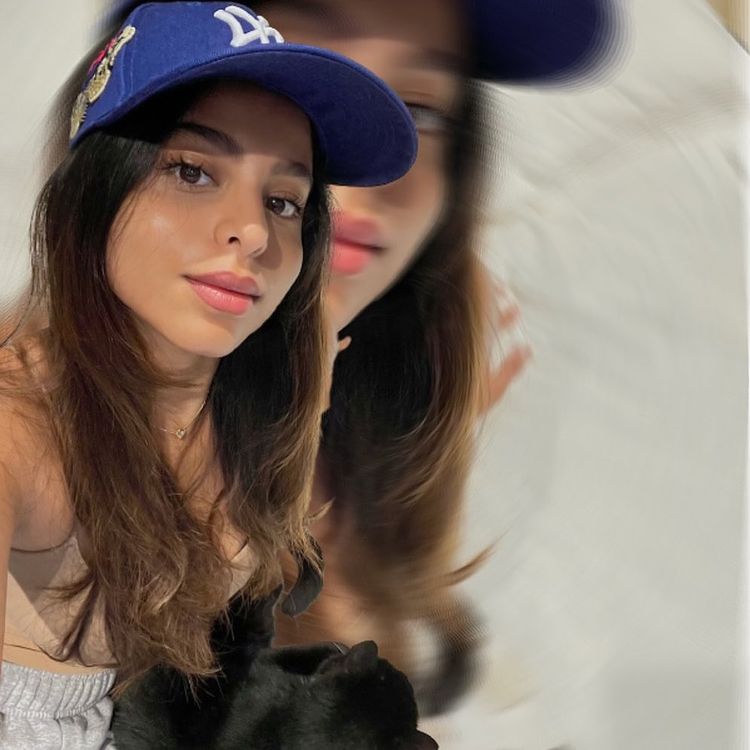 Though Suhana’s look was minimal, her royal blue baseball cap had stolen all the attention. Suhana was flaunting Gucci's Royal Blue New York Yankees Patch Baseball Cap in her picture. The cap had a moth embroidered at the side, along with Gucci's logo emblazoned in red. The cap was priced at $530, which converted to Rs. 39,340 approximately. Do you wish to see Suhana Khan on the big screen? Let us know!

Next Read: Nora Fatehi Accessories Her Comfy-Casual Look With A Super Chic Bag Worth Rs. 3 Lakh