Recently only, we told you about the first shocking breakup of 2017! This famous Bollywood couple parted ways after 7 years of marriage.

We are talking about acclaimed actress, Nandita Das and entrepreneur-turned-actor, Subodh Maskara. Although their marriage went kaput last year, they decided to file for a divorce recently only.

Nandita has not yet spoken about the split, but let’s hear it from Subodh’s mouth that what actually went wrong in their seven years of marriage! Take a look at the excerpts from an interview given to an entertainment website.

So what exactly went wrong in their marriage? Was it a sudden decision? Here is what Subodh said:

“It wasn't sudden. Sometimes you realise that it's better to be just friends and move on. It just makes both of us happy. As and when the world knows about it, it looks sudden- but as I said, it was not. It was a case of 'We grew apart'. Our priorities and lifestyles became different. We tried to make it work but unfortunately could not. We parted amicably.”

Well, that is a good thing that the two have decided to part ways amicably! So, with whom will their son, Vihaan stay? He gave a perfect reply:

“We have two homes- one in Worli, the other in Bandra. Vihaan will stay as and where he wants. Right now, he is with me in Spain. Nandita will stay in Bandra now. Think of it, we are 15 minutes away from each other (Courtesy, Sea Link). “

He said that one of the reasons they decided to part ways was their different lifestyle and priorities in life. So how did the lifestyle changed? Here is what he said:

So was it difficult to explain their families about the split. How did they react? Subodh shared:

"My father passed away sometime back. My mom wants to know that why can't we remain as husband and wife when we can be such good friends. But she is happy, as long as we are happy."

Also Read: TV Heartthrob Vikrant Massey Is Madly In Love With This Hottie

And, are they planning to fight it in the court for their son and alimony? Pat came the reply from Subodh:

“No chance. Plus, there is nothing like we want to get married again right away and so we should head to the Court. When Nandita left, she didn't even say 'I want this and I want that'. I said 'Sorry, it didn't work out'. It was very sad but yet it was a very normal parting.”

Who suggested first that the marriage should come to an end? Subodh shared:

"We both were feeling it, she suggested one day and I said 'Maybe you're right'. So I said 'Let's stay apart and see how it works out'." 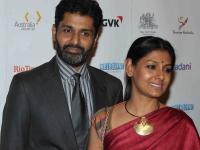 So, now that the two of them have parted ways amicably, will Subodh move on and marry again? He said:

“Aisa kuch nahi hai. I have ventured into many businesses, some have failed and some have not. Girke tootke vapas khade ho jana chahiye. I am an eternal optimist.”

Although breakups and divorces are never good, but we are glad that Nandita and Subodh decided to end their 7 years of marriage on an amicable note, without battling it out in the court! 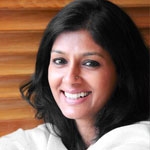