Weddings are celebrations of two people coming together to spend the rest of their lives. They celebrate the union of two souls. South Indian weddings commemorate it in their own way. Like any other culture, weddings are very auspicious for them.

The journey of a South Indian bride is very vivid. It includes a lot of rituals. Come and be a part of this journey with us. 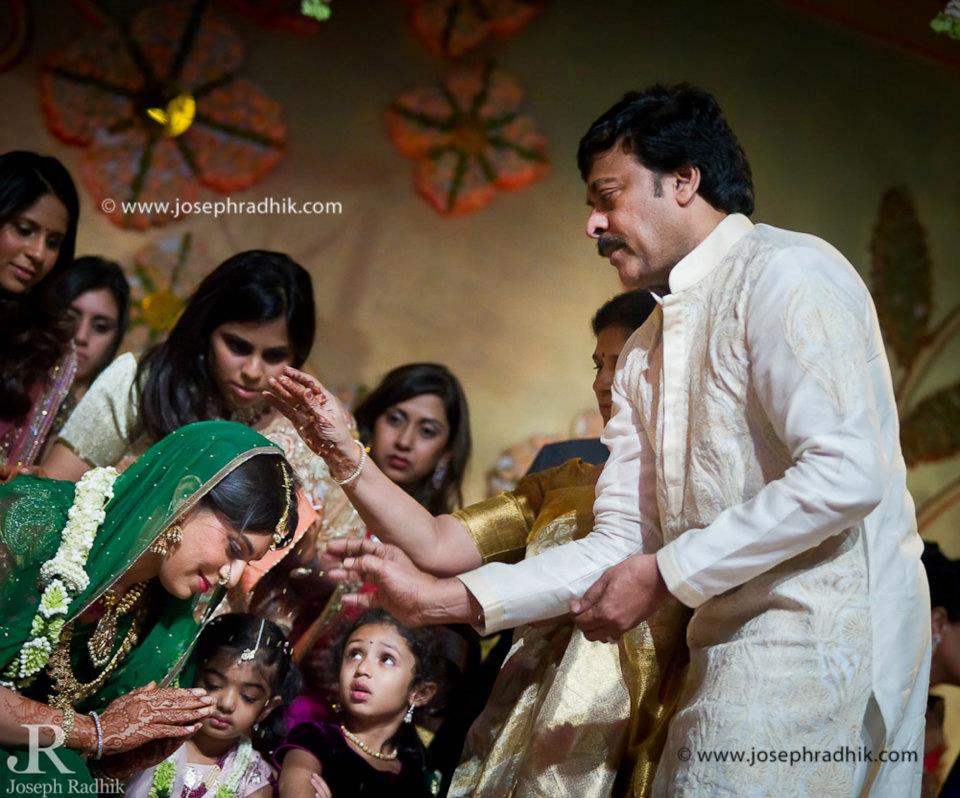 The pre-wedding functions begin in full force with Nischitartham. In this, the bride's family worship Lord Ganesha. The motive is to seek his blessings, so that all goes well during and after the wedding. It is usually organised at the bride's home. 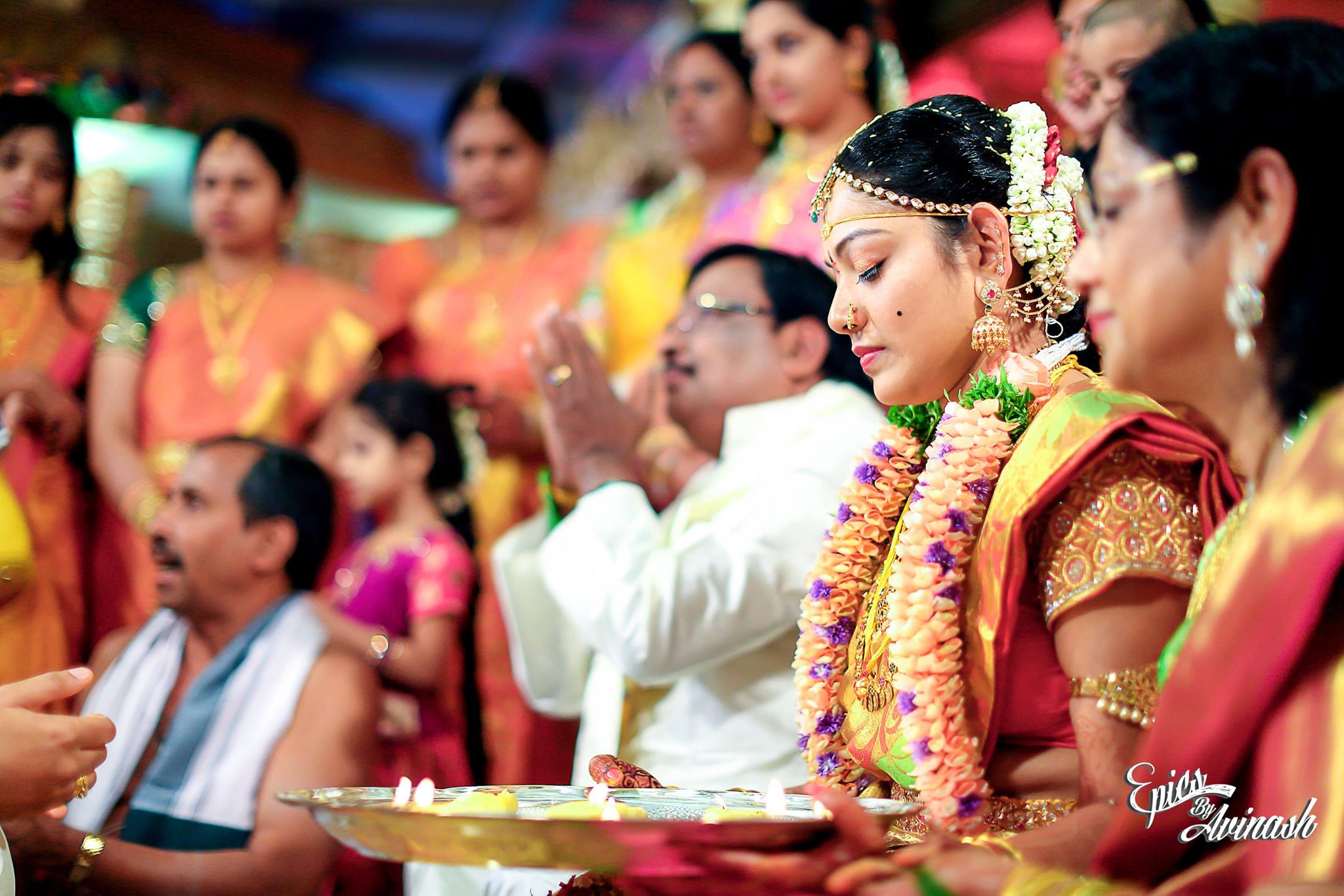 After the puja, the groom's family gives the bride new saree, jewellery and gifts. Kumkum or chandan is then put on the bride's forehead.

Must Read: 6 Innovative Ways To Use Bangles In Your Wedding Decor 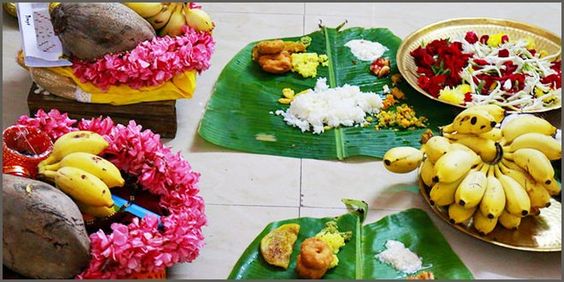 What follows Ganesh puja is Sumangali Prarthanai. In this, the bride worships Sumangalis and wishes for a fate as theirs. Sumangalis are women who died before their husbands. 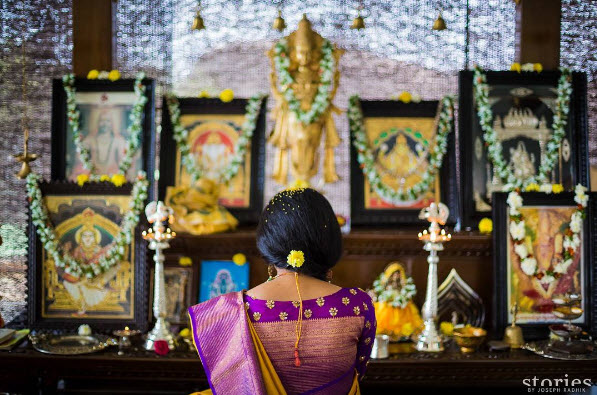 Not only the bride prays to die before her husband, but also never to live without him, even for a day. 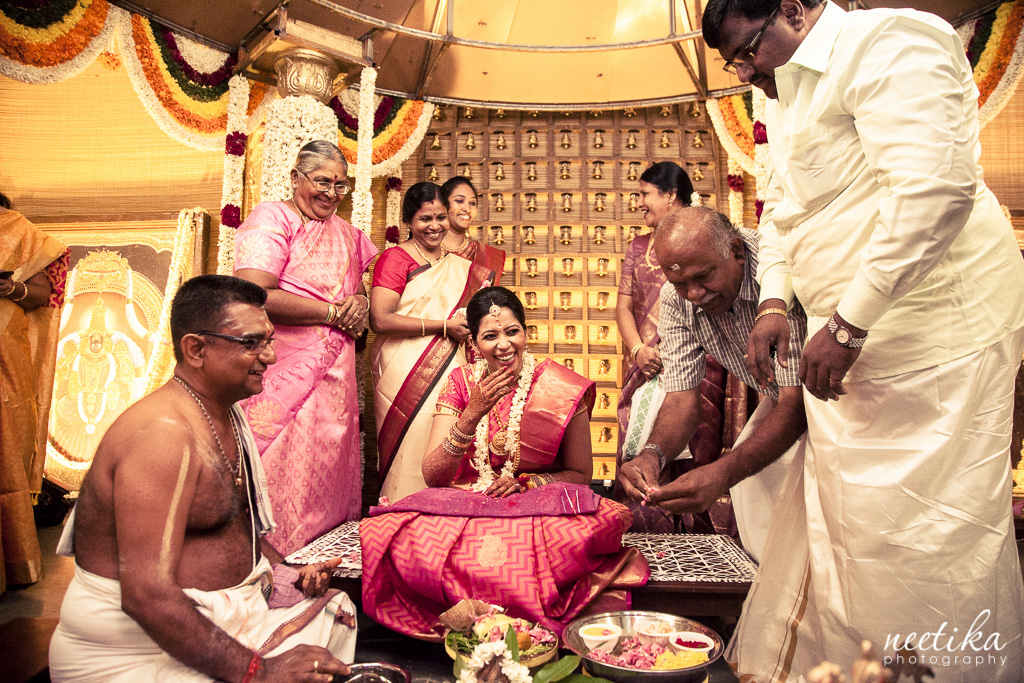 Both these pujas are immensely vital as they are performed for the happy married life of the bride.

Also Read: 5 Amazing Ways To Drape Your Bridal Lehenga Dupatta And Look Like A Diva 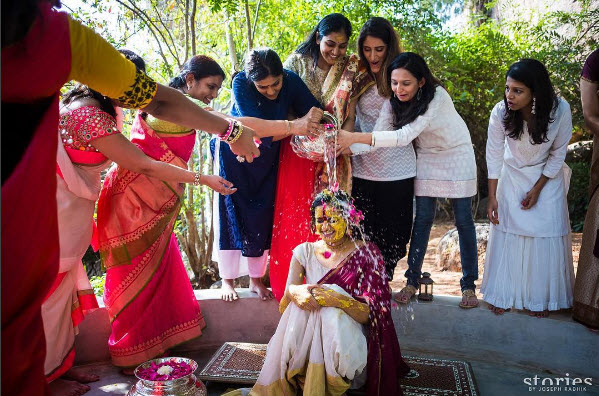 Unlike other weddings, in a South Indian wedding, many pre-wedding rituals happen on the wedding day itself. The first thing that happens is the Mangala Snanam, that is, the holy bath. 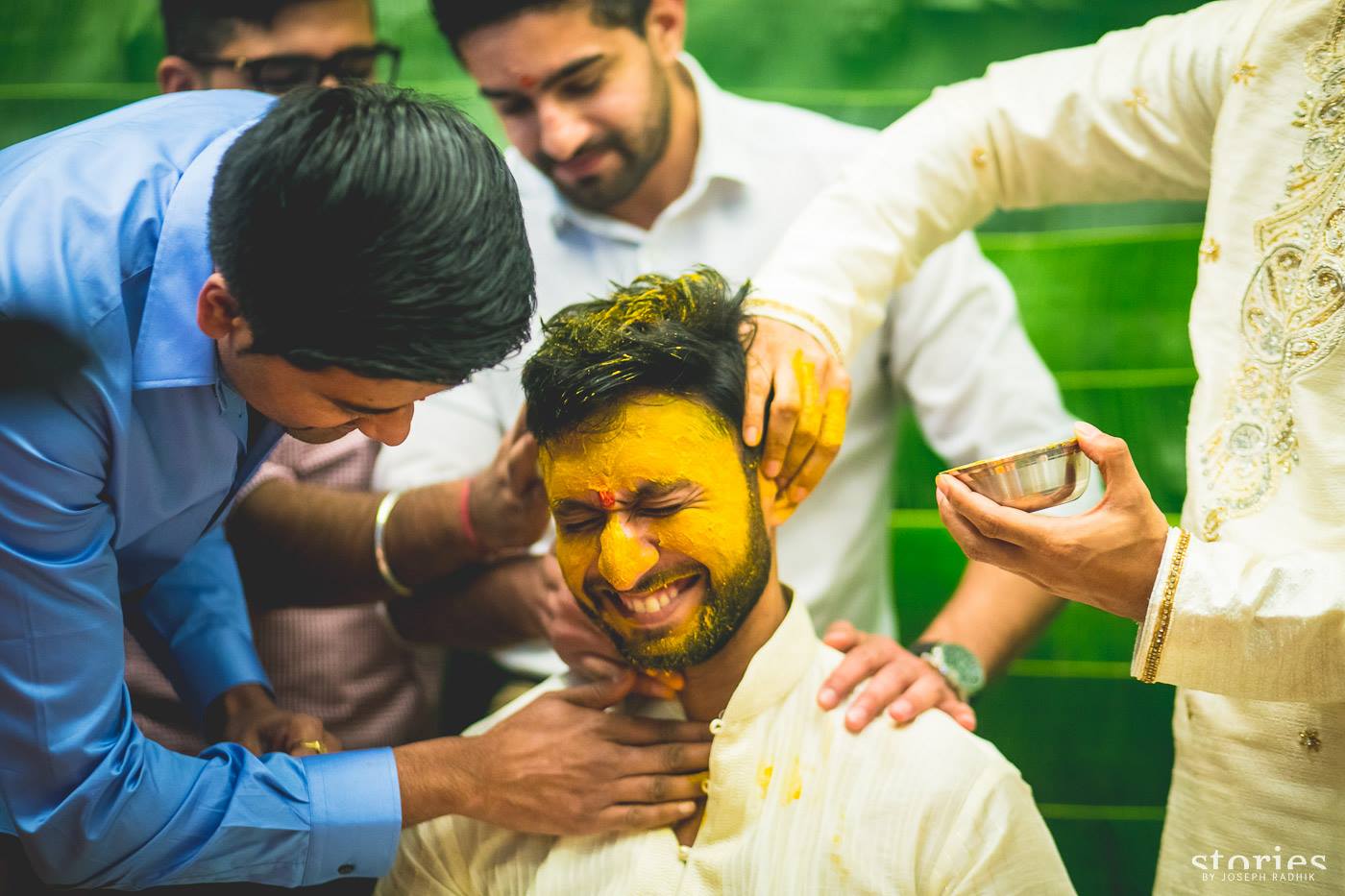 This ceremony takes place at the respective houses of the bride and the groom. Before they take a bath to dress up for the wedding, oil, haldi and kumkum is applied to purify them. 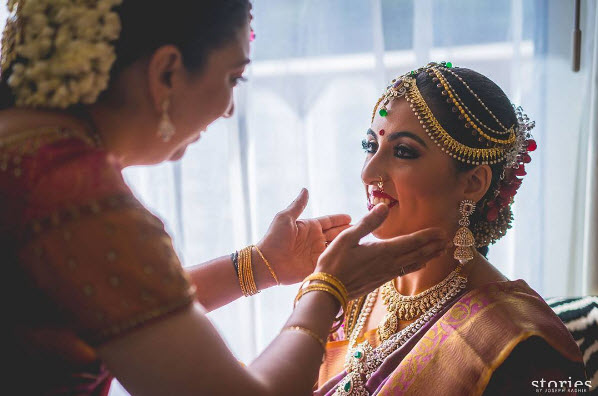 After this, the bride gets ready with the help of her mother, aunts and cousins.

Must Read: Chiranjeevi's Daughter's Wedding Video Is The Most Beautiful Thing You Will Watch On Internet Today 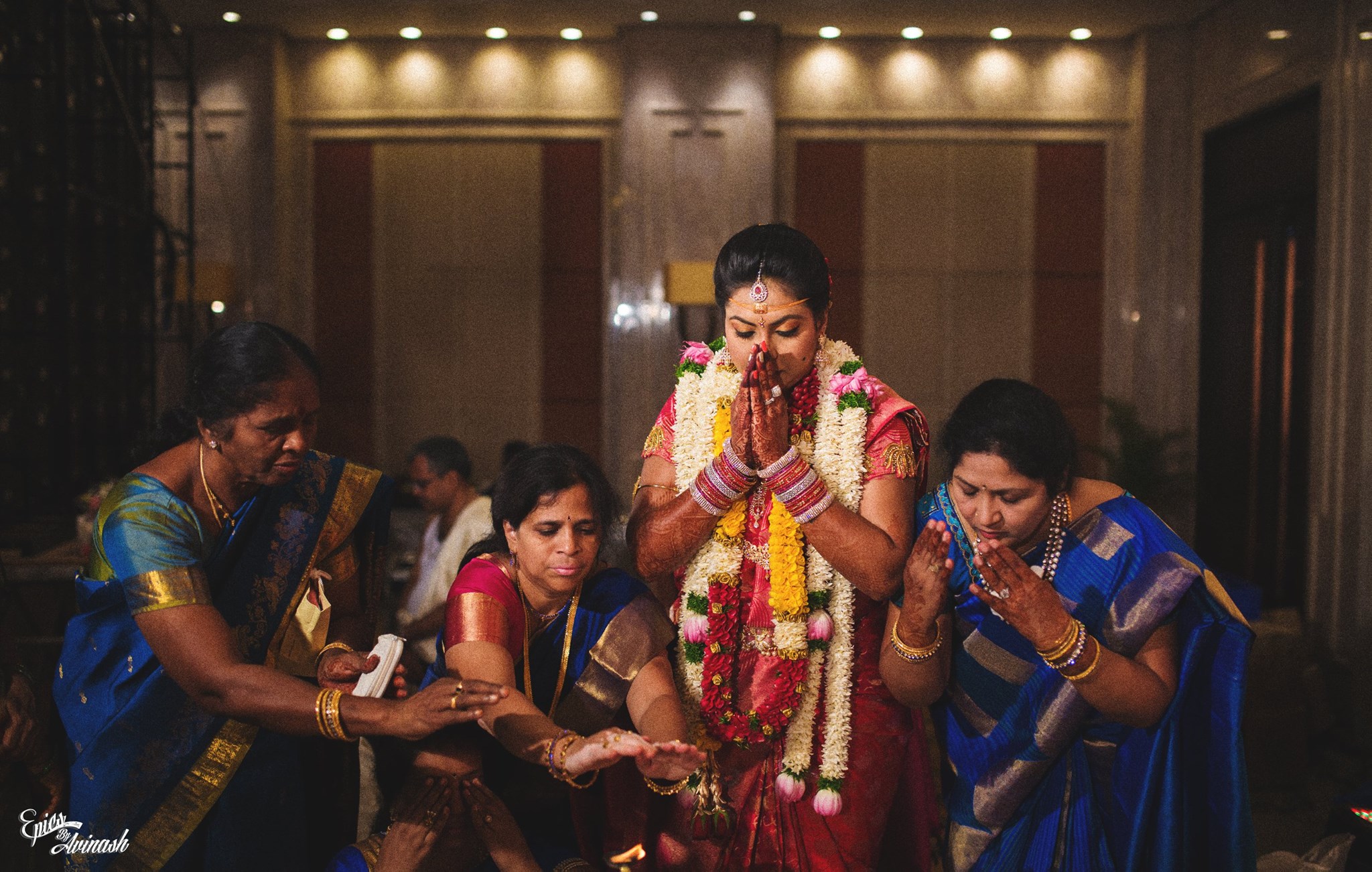 Once the bride is ready, she sits for the Guari Puja. This is done to bring her purity and happiness. A holy thread or Kappu is tied around her wrist to protect her from the evil eye. The thread is like her shield. 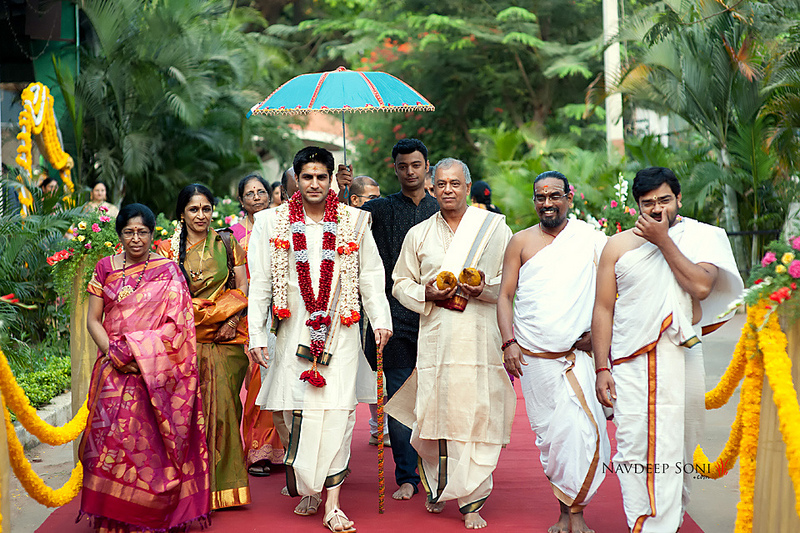 After the Kashi Yatra of the groom, the mother of the bride washes his feet and calls him into the mandap. 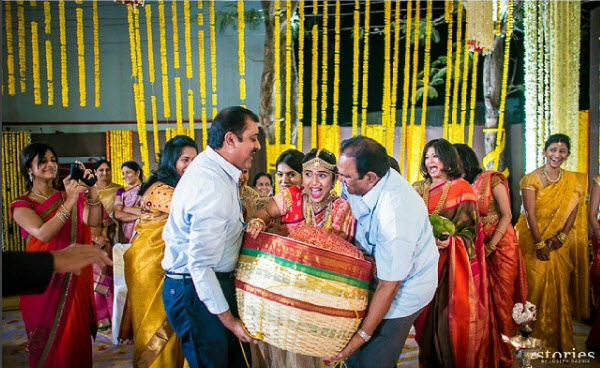 The bride's uncles hold her while she enters the venue. 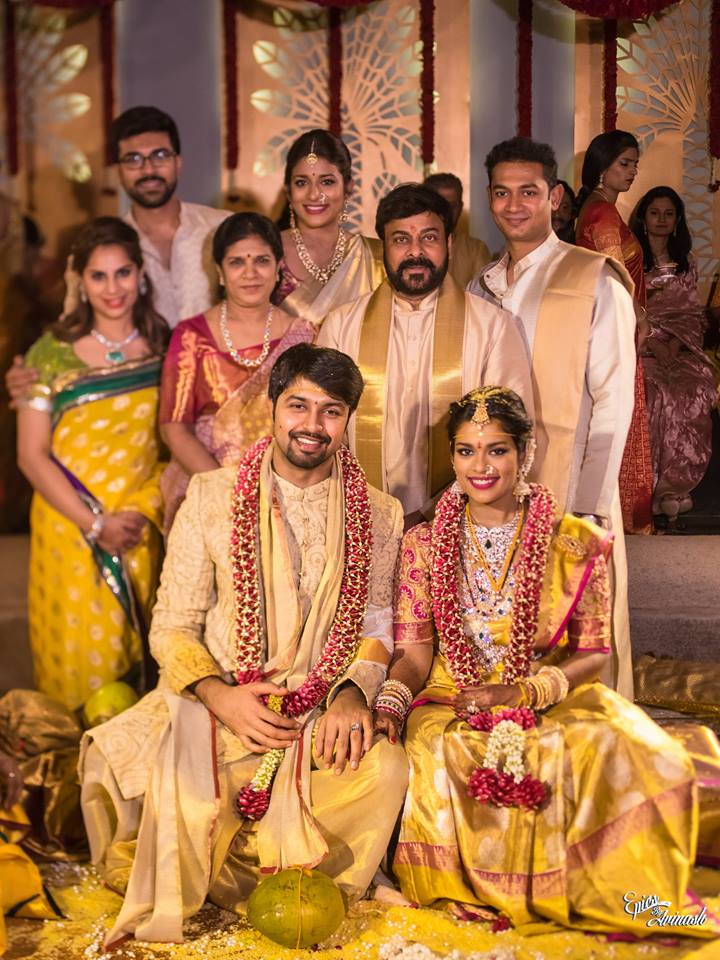 Finally, the flower garlands are exchanged between the bride and the groom three times that mark the commencement of the wedding rituals. 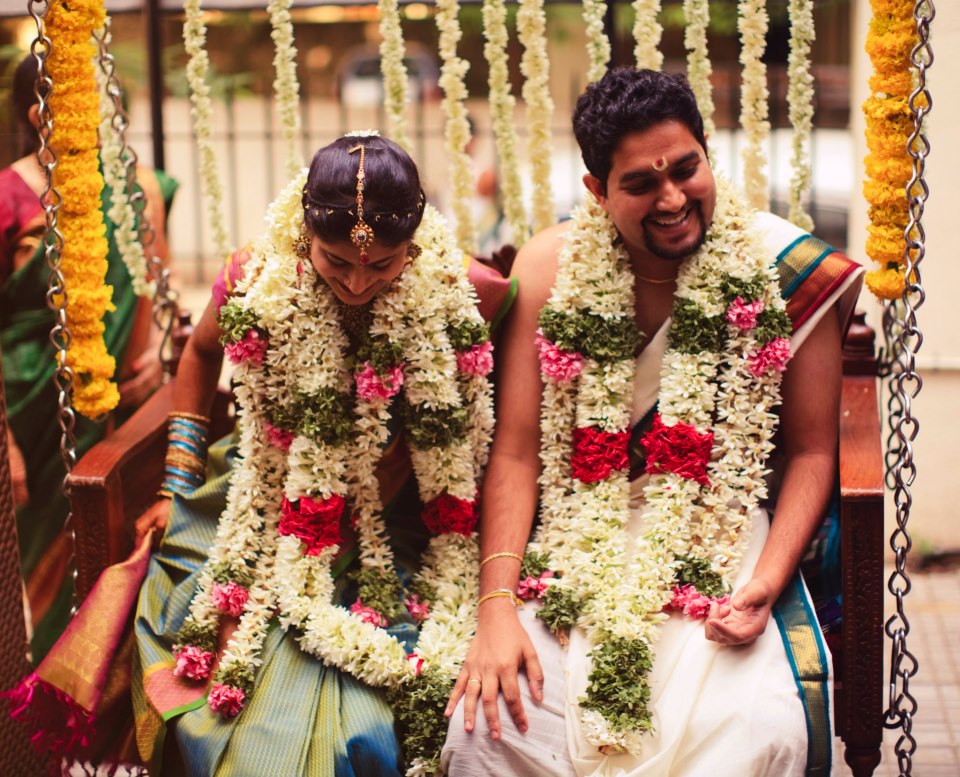 A very scenic ritual that follows this is the Oonjal. In this, the bride and the groom are seated on a swing and given milk and banana to eat. While it is happening, rice is thrown on them to ward off the evil eye.

Also Read: 9 Evergreen Traditions That Make An Indian Wedding The Most Beautiful Celebration Of The World A very difficult ceremony follows next- Kanyadanam. The daughter holds a coconut and sit on her father's lap, while her mother pours water on the coconut. 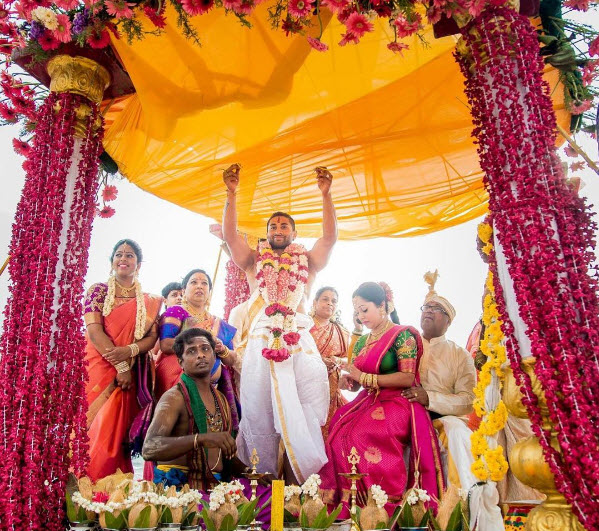 The father gives away his daughter to the groom and wishes that she is taken care by him and his family. This is a very overwhelming ritual for the bride and her family. 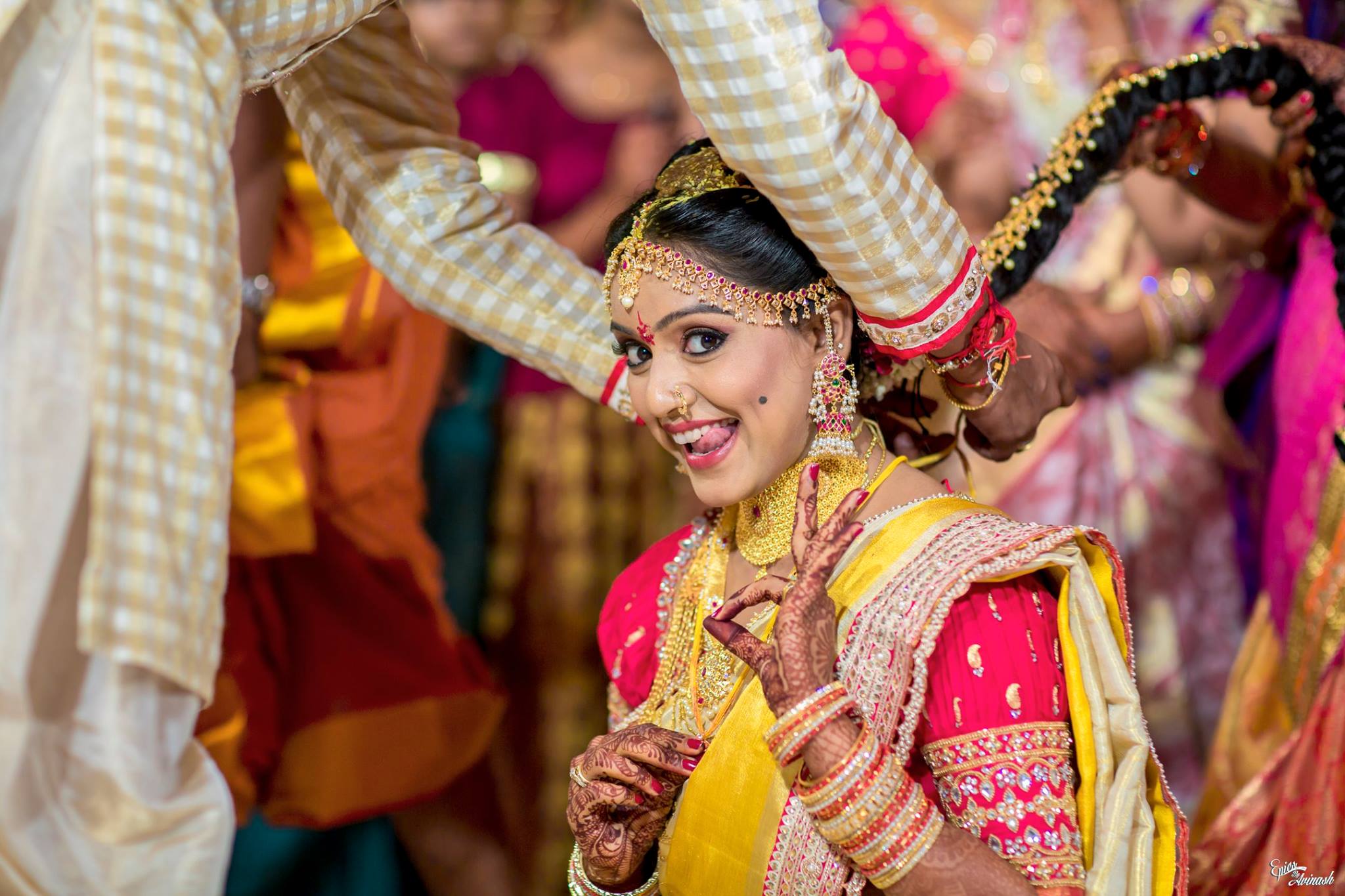 The groom then puts sindoor on the brides head and ties mangalsutra around the bride's neck. They take the saat pheras or Saptapadi. 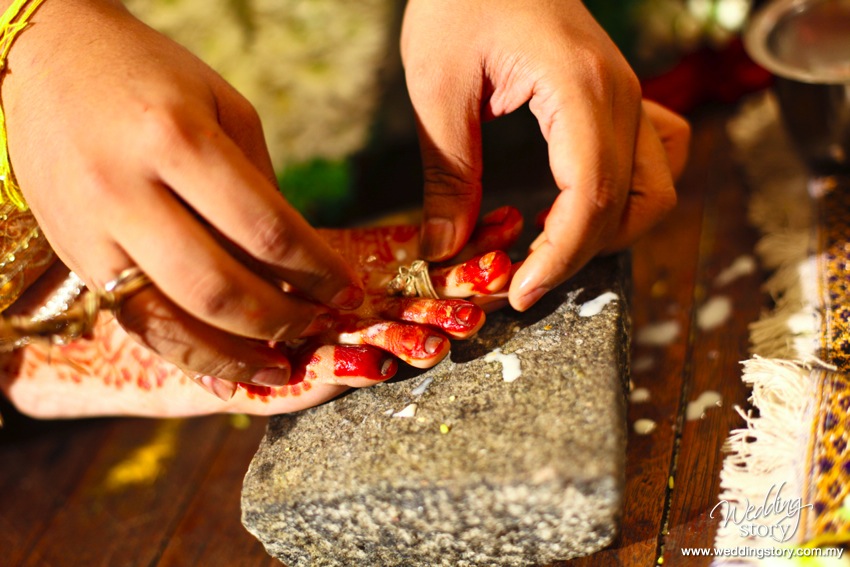 Once this is done, the groom holds the left toe of the bride to help her step on a grindstone. He puts a toe ring on her feet as well. This concludes the wedding with a message that their bond will be solid like a rock.

South Indian weddings are very colourful and traditional, where all the rituals are followed diligently. The weddings down south are simple and subtle. The focus is more on making the bond strong than any other thing