Thanks to the fairy tales and romantic films, our expectations for our dreamy proposal has been set up quite high. We believe that somewhere, someone is a perfect match for us who will get down on his knees, pop up those four words, ‘Will You Marry Me?’ with a ring and seal it with a passionate romantic kiss. Lucky are the ones who get to live their fairy tale romantic love story, but super-lucky are the ones who don’t get a dreamy proposal, but they do get their Prince Charming! (Also Read: Unseen Pics Of Sonam Kapoor And Anand Ahuja From Their Wedding Album Look Straight Out Of Fairy Tale)

The much-in-love couple, Sonam Kapoor Ahuja and Anand S Ahuja fall into the latter category as they had their “popping the question” moment in a very no-frills-attached manner. Though Sonam’s jaw-droppingly gorgeous wedding ring was as grand as her star-studded wedding in May, she said ‘YES’ to her Prince Charming without that little sparkling thing. It wasn’t the dreamy fairytale-ish type proposal for the couple, but indeed it was a special one. 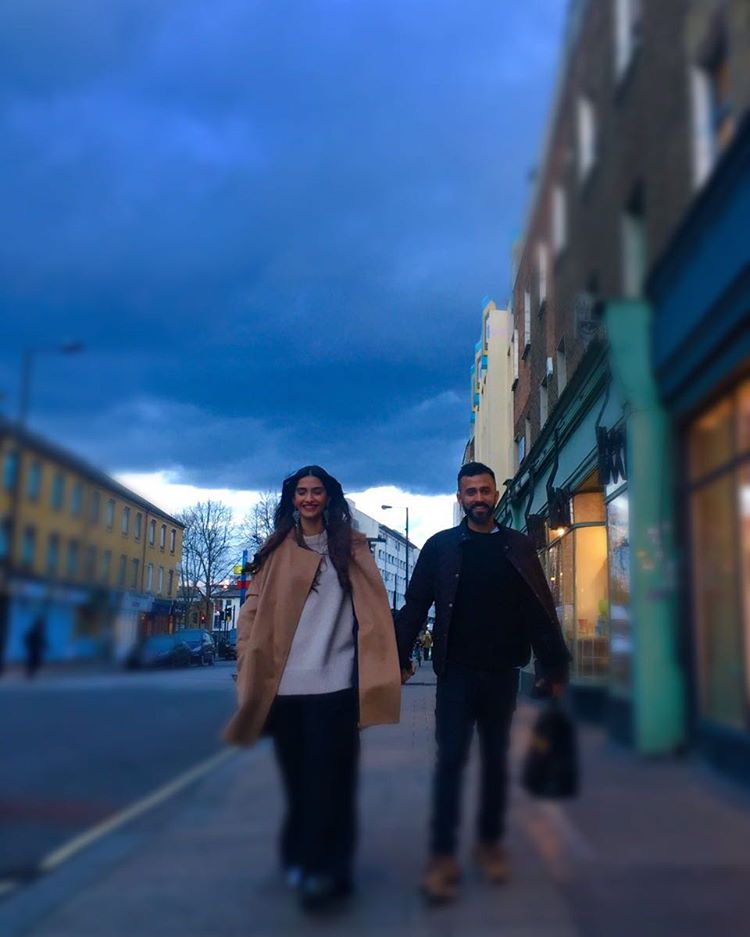 Sonam Kapoor recently made an appearance on the web chat show, Feet Up With The Stars hosted by stylist, Anaita Shroff Adajania. When Anaita asked Sonam about Anand, “Did he propose?”, the Neerja actress replied, “Without a ring.” Woah! Now that’s an interesting revelation! Check out the video here:

Sonam Kapoor Ahuja and Anand S Ahuja leave no chance to showcase their immense love and admiration for each other, which makes us want to call them the ‘newly-weds’ even after 5 months of their wedding. Sonam and Anand’s PDA is unmissable, be it Instagram or at any public appearance. Let us give their recent PDA moments which will exemplify the relationship goals! 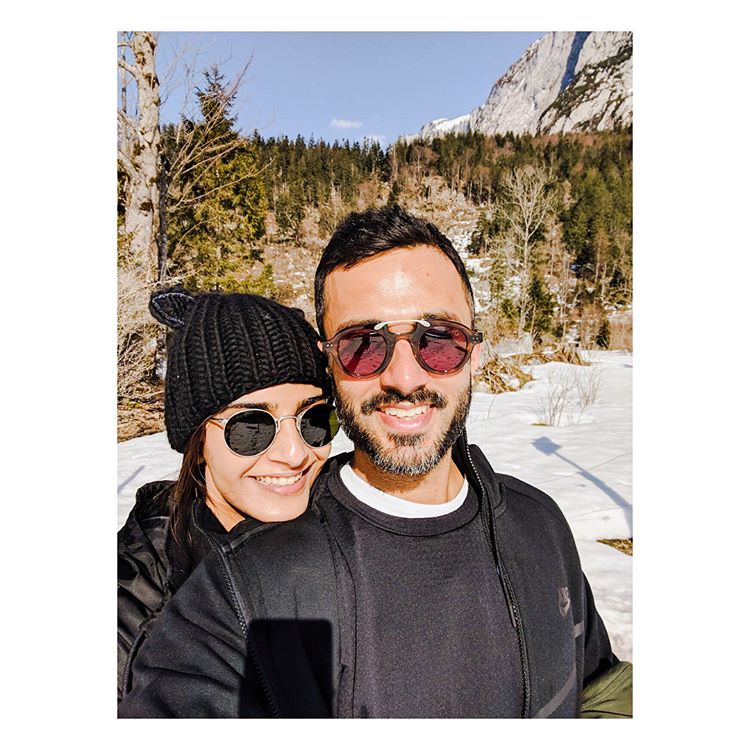 A few days back, Anand shared an Insta story of himself in which he has a moustache, and wrote atop of it, "@sonamkapoor remember the moustache? #bringitback?!" Wifey Sonam didn’t take much time to answer and shared the screenshot of Anand’s Insta story with the reply, "I'll kill you." Isn’t this madly-in-love couple, too cute to be real? 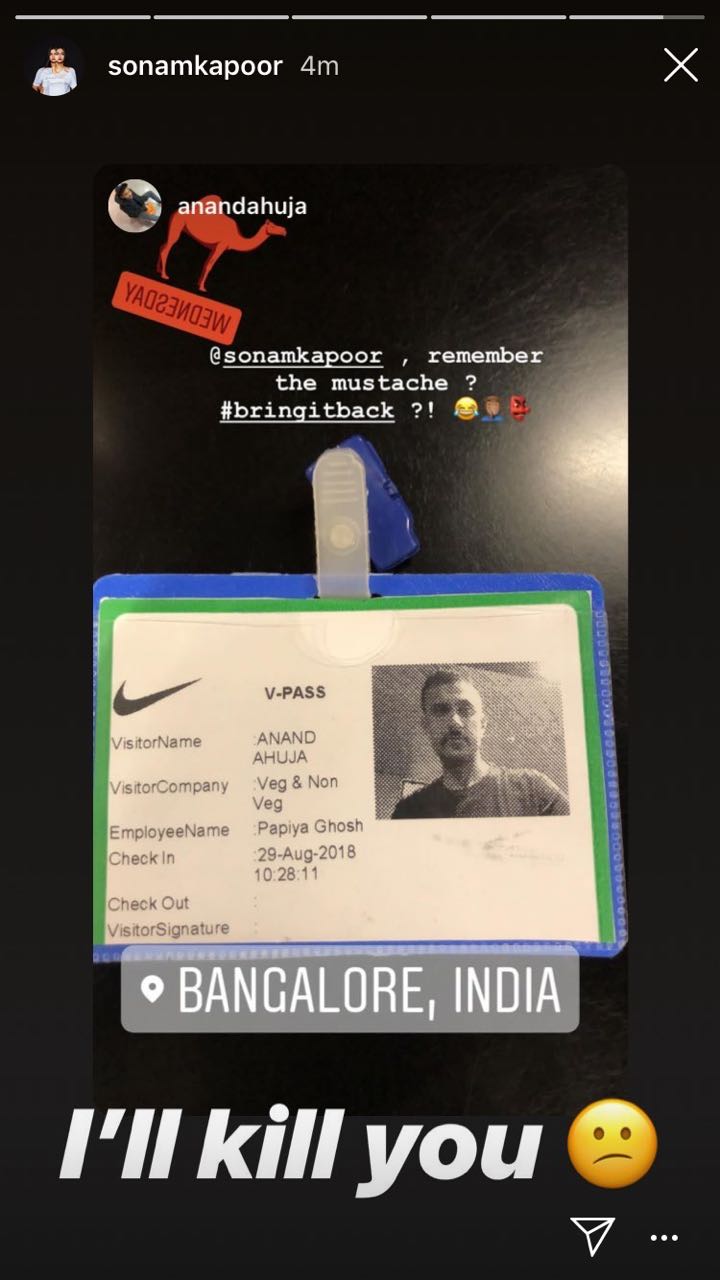 On September 9, 2018, Sonam was in Delhi to launch a jewellery brand that she endorses and just like a doting husband, Anand accompanied his lovely wife to the event. But not only the couple walked hand-in-hand to the event, Anand didn't let go off Sonam's dupatta as they entered the venue. While Sonam looked like a dream in her traditional bridal avatar, Anand looked dapper in his usual self. Sonam wore a purple lehenga which was heavily embroidered in gold and adorned her trousseau with an elaborate necklace. As she walked the ramp, Anand could not take his eyes off from his missus. (Also Read: Anand Ahuja Would Not Let Go Of Wifey, Sonam Kapoor's Dupatta, She Blushes Like A Bride)

In an interview with Filmfare, Anand Ahuja shared how they make their long-distance marriage work. He revealed, “When it comes to marriage, small things matter a lot. We eat meals together, even if we are in different time zones, on Skype. We also actively make sure that we don’t go over two weeks without seeing each other.” In July, Sonam shared an Insta story of her lunch date with hubby, Anand over Skype, and wrote atop of it, “@ANANDAHUJA, lunch time Skype with him #LongDistanceRelationship”. 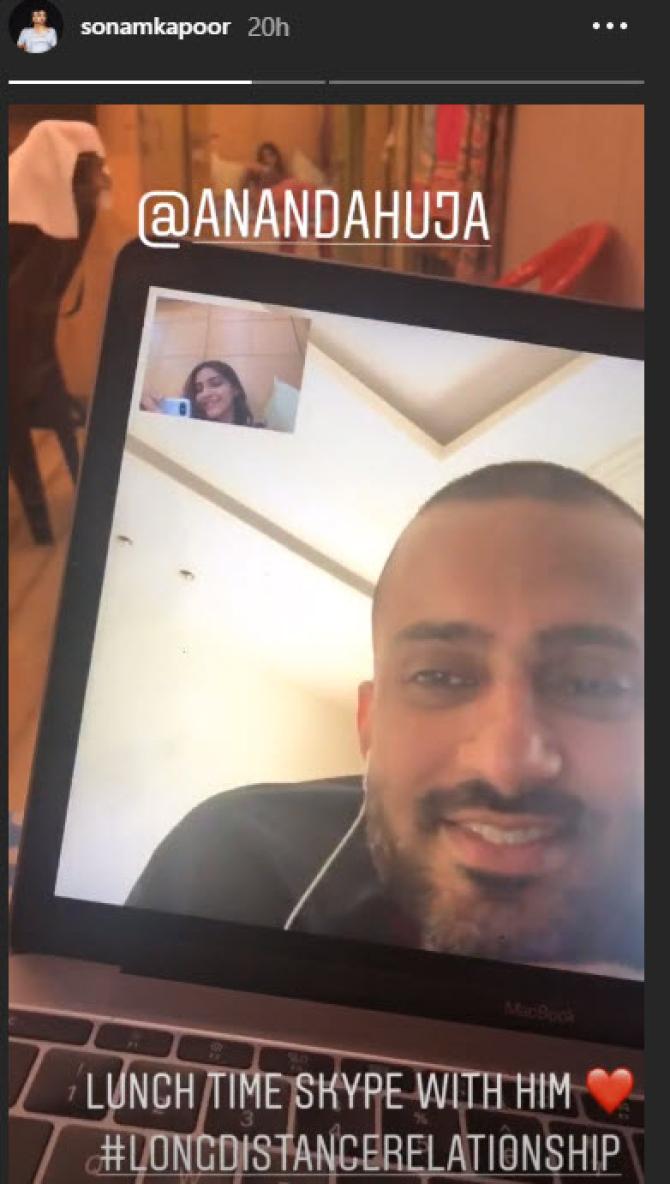 The Ek Ladki Ko Dekha Toh Aisa Laga actress further continued, “So first he said, shall I do Anand Ahuja Kapoor or Anand Kapoor Ahuja? And you do Sonam Kapoor Ahuja? I was like, that’s still my father’s name, no? How will my kids have my name in some way? Then he said, should I keep Sonam in the middle? So, I said fine." Sonam also mentioned that in future when she and Anand will have kids, they will have ‘Sonam Ahuja’ as their last name, "Yes. I don’t know if that makes any sense to you, but we really thought about it. If and when we have children, that’s how it will be." (Also Read: Sonam Kapoor And Anand Ahuja's First Pic With In-Laws Anil And Sunita Kapoor, Sunil And Priya Ahuja) 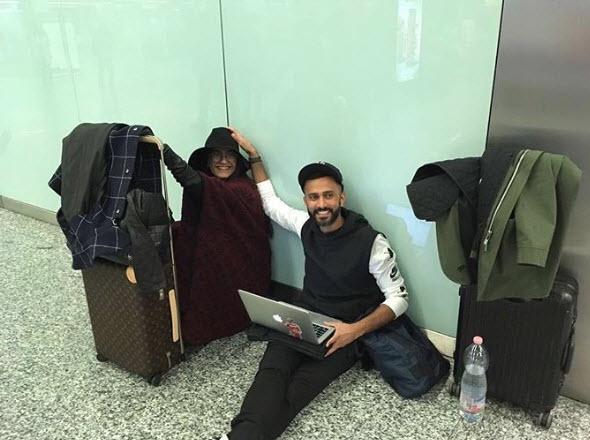 Well, after we have seen the love and understanding between this much-in-love couple, Sonam Kapoor Ahuja and Anand S Ahuja, we believe that the proposal moment can only be loveworthy when it is with the right one!