Bollywood actress, Sonali Bendre wished her husband, Goldie Behl on his birthday with a cutesy set of pictures from his birthday celebrations. Take a look!

One of the most admired and inspiring couples of the entertainment industry, Sonali Bendre, and her beloved husband, Goldie Behl is an epitome of a perfect life-partner. The two are completely different in terms of their likes and dislikes, but it is the strength of love and the desire to be with each other, that makes them a power couple. Sonali Bendre and Goldie Behl's love story is nothing less than a Bollywood movie, as, on one side where Goldie is a Punjabi munda, Sonali is a Maharashtrian mulgi. The two had met for the first time on the sets of a film, Naaraaz that came back in 1994, and after a series of meetings, Goldie was in love with Sonali, and the rest is history. (Recommended Read: Varun Dhawan And Natasha Dalal's Wedding: Pandit Reaches Venue To Get Them Married In A Day Ceremony)

There are a lot of unique things in Sonali Bendre and Goldie Behl's relationship, but the biggest of them all is the fact that no matter how hard the circumstances were Goldie had supported Sonali tirelessly in her career and life too. One such devastating time was when Sonali was suffering from cancer, that time it was her hubby, Goldie who was with her in every single moment and had motivated her to beat the life-threatening disease to its knees. At the moment, the couple is having a great time together and are celebrating Goldie's 46th birthday today. Scroll down to see it all! 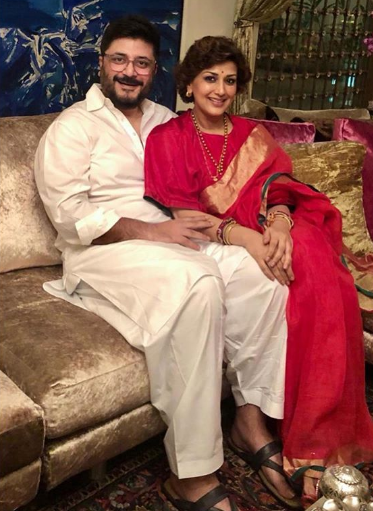 On January 24, 2021, Sonali Bendre took to her Instagram handle and shared a set of cutesy pictures from her husband, Goldie Behl's cake cutting ceremony. The doting wifey wished her husband 'happy birthday' with a sweet and simple wish and shared a heart-warming picture of the birthday boy with their son, Ranveer Behl. In the pictures, the father-son duo twinned in black, while Sonali can be seen wearing a denim jacket and looked stunning as always. The pictures speak volumes about the concrete bond between these three, as Ranveer gave a peck of love to his father in the last photo shared by his mommy, Sonali. Along with the picture, Sonali wrote a caption that can be read as "Happy Birthday Husband @goldiebehl." Take a look: 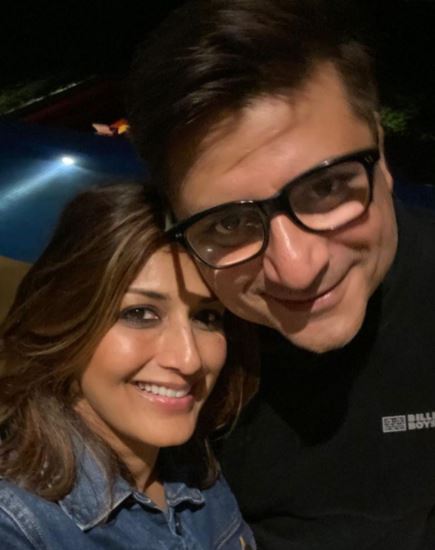 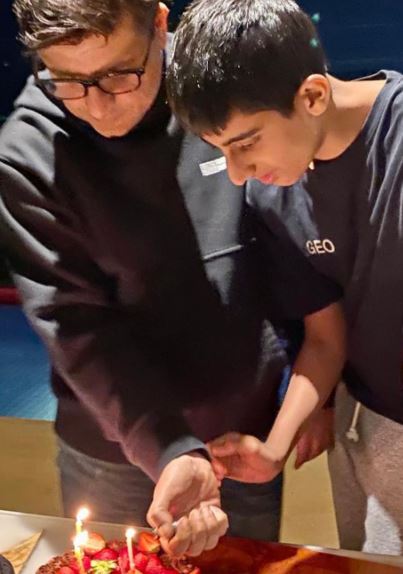 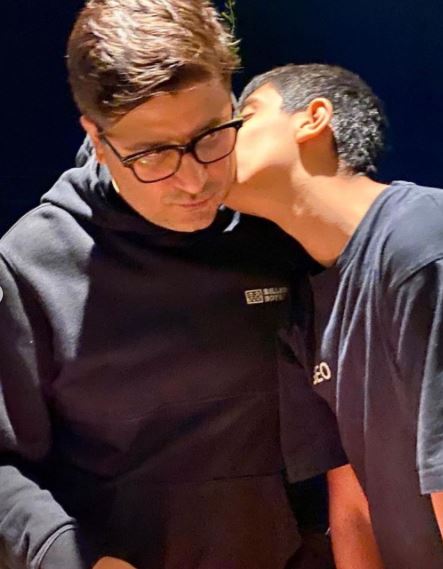 Talking about Goldie's last birthday, the famous producer and his wife, Sonali had thrown a lavish birthday party at their residence in Mumbai. Some notable celebrities like Akshay Kumar with his beloved wife, Twinkle Khanna, Tusshar Kapoor, Anurag Kashyap, R Madhavan, Sanjay Kapoor, Karan Wahi, Poonam Dhillon, Nushrat Bharucha, and many others had graced his special day. On her husband's birthday, Sonali had stolen all the limelight when she had danced on her hit film, Sarfarosh's iconic song, 'Is Deewane Ladke Ko' and the video of the same had gone viral all over the internet, making her fans emotional and joyous at the same. (Don't Miss: Naman Shaw Shares Stunning Pictures From His Wife, Neha Mishra Shaw's Surprise Baby Shower)

In an interview with Filmfare back in 2013, Goldie Behl had addressed the support he has received throughout his life from his wife, Sonali Bendre and had heaped immense praises on her for the same. He had said, "She's my pillar of strength. She's stood by me every time I've been down. She's so positive about me and our relationship. For any relationship to work, having belief and faith in the other person is important. She's always believed in me. I have immense faith and belief in her too. I guess that's the crux of our relationship. Even though our marriage has completed a decade, we're still discovering each other. There's so much more to find out about each other and enjoy a long and happy life together. It's great, and I hope it remains this way." (Also Read: Karan Veer Mehra And Nidhi Seth All Set To Get Married, Share Pictures From Their Wedding Ceremonies)