During the promotions of Kalank, Sonakshi Sinha was asked to comment on her relationship with Notebook actor, Zaheer Iqbal. She dodged the question and said, "I'm waiting for love."

Every now and then, we hear about some celeb getting into a relationship or breaking off from their partner. 31-year-old actress, Sonakshi Sinha somewhere falls into this club. Sometimes she is rumoured to be dating someone, and other times, she herself proudly declares that she is single. As per the latest buzz, there's someone special in Sonakshi's life, and it's Zaheer Iqbal, who had recently made his debut with Notebook. For the uninitiated ones, it must be mentioned here that Zaheer is the son of Salman Khan's one of the best friends. (Suggested Read: Shilpa Shetty's Husband Raj Kundra Gives Out Husband Goals As He Posts A Romantic Comment)

Tiger Shroff Arrives At His Favourite Restaurant In An Auto But Not With Disha Patani, Pics Inside Sonakshi Sinha is busy these days owing to the promotions of her upcoming film, Kalank. During one such promotional event, she was asked to comment on the conjectures about her and Zaheer's relationship. Sonakshi dodged the question and smartly answered, "When it is not? There’s nothing to deal with because honestly, I think if there was something in that matter to talk about, I will be the first person to come and talk about. I’m toh waiting (Laughs). I’m waiting for love, some prince charming would come, I’m waiting. Nobody is there right now. So when it happens, I feel that I will be very happy about it." 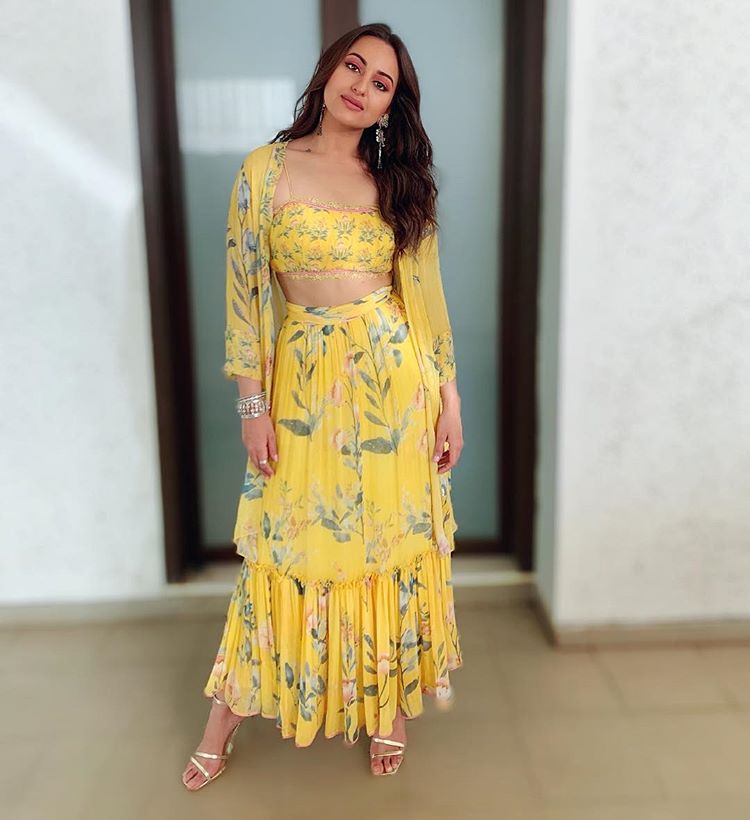 She had further added, “Unko kya lagta hai ki hum tour pe jaate hain aise hi naachne, mazey karne, aish karne and party karne? It's part of my work, I am doing my job.” (You May Like: Varun Dhawan Opens Up On Social Media Trolls Threatening His Girlfriend, Natasha Dalal) On the same chat show, Sonakshi had also opened up about her thoughts on body-shaming. The Dabangg had said, “Earlier, I used to read it and used to think how do people get themselves to say things like that because if you cannot say such things in front of someone how do you get the strength to say such things online. Koi aakar muje ye samne bole mai do mukke na de dun usko.”

Sonakshi Sinha was earlier rumoured to be dating, Bunty Sachdev who is Sohail Khan’s brother-in-law. A media report had claimed in 2013, "Both Sonakshi and Bunty realise that the feelings they had for each other (when they were a hot couple) were incredibly special. The next few months should determine where this love story is headed." 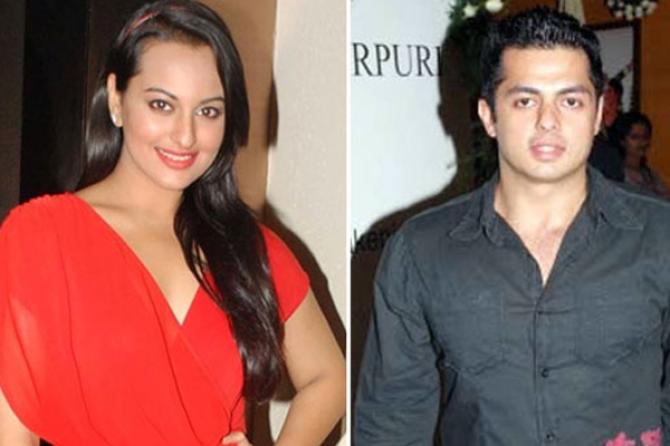 But in 2017 when Sonakshi Sinha was asked about the same in an interview, the Noor star had replied, “It's all false. I deal with it by clarifying it. If reports are directed at me and not affecting my family or friends, I leave it or choose to ignore it. But if it does affect my family and friends, I would definitely clarify it and I am really glad that we live in such an age today where it's just one tweet away." 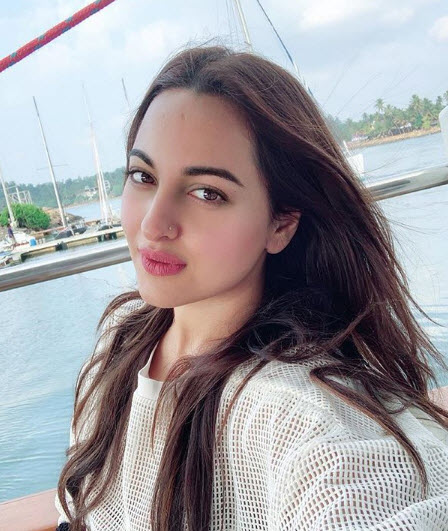 Sonakshi Sinha had once shared her marriage plans in a media interaction and had revealed that there is no pressure from her parents as well. She was quoted as saying, "I have nothing to say now, I will comment only when I have something to say. As of now, there is nothing on the cards. There's no pressure from my parents either. When I am ready to do it, I will. When it’s fixed, I myself will announce it to the world. I don’t believe things like these should be hidden. I’m too involved with my work to even consider marriage. I haven’t even thought about it yet. So I don’t know why people make such assumptions." (Don't Miss: Rohit Reddy Calling Wife Anita Hassanandani 'Bread Earner' Of The House Makes Him Best Husband EVER!)

On the professional front, Sonakshi Sinha is all set to lit up the silver screen with her impeccable acting in Kalank.

Tiger Shroff Arrives At His Favourite Restaurant In An Auto But Not With Disha Patani, Pics Inside