Saif Ali Khan and Kareena Kapoor Khan’s son, Taimur Ali Khan and Soha Ali Khan and Kunal Kemmu’s daughter, Inaaya Naumi Kemmu are two of the most talked about star kids of the Bollywood. This sibling pair has stolen the limelight from their parents, courtesy their chubby cheeks, pink lips, their shinning cute eyes and most importantly their resemblance.

Everyone waits for a glimpse or a picture of Inaaya and Taimur, and where are they going, what are they wearing, make the headlines. Soha and Kunal tied the knot on January 25, 2015, and welcomed their daughter on September 29, 2017. Recently, Soha Ali Khan stepped out in the city for an evening drive with her little princess. The duo got clicked in the car and Inaaya looked like a cotton ball in a pink and white dress. 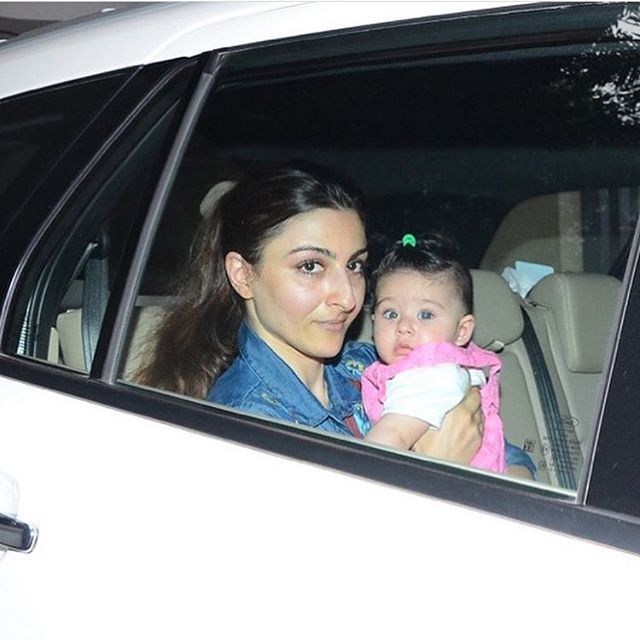 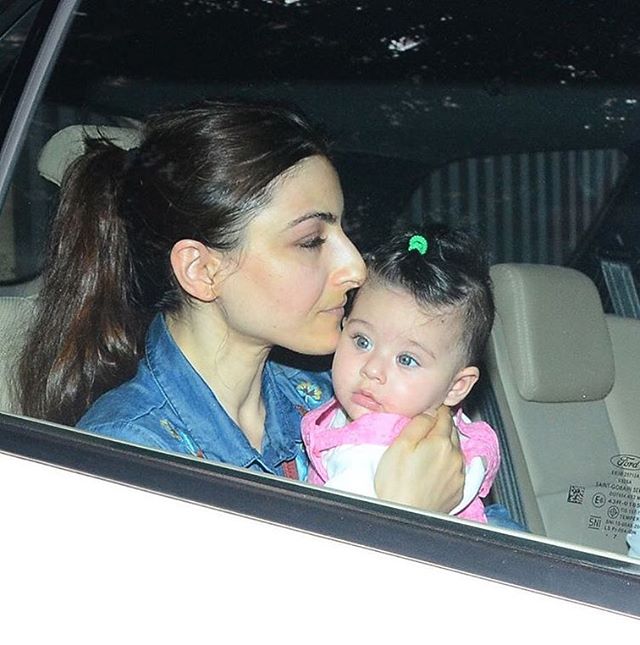 Soha shared the first picture of Inaaya and Taimur in one frame, and a picture in which they are cuddled up in their mommy’s hands. Talking about Inaaya and Taimur’s resemblance, she said, “They look a bit like each other. They are cousins after all. He’s her elder brother. Hope he will protect her in the near future.” (Also Read: Cousins Taimur And Inaaya Enjoying Carpooling; Soha And Kareena First Picture Together As Mommies) In an interview with a leading media daily, Soha talked about the times when she seeks inspiration from her mother, Sharmila Tagore to raise her five-month-old daughter. Soha remarked, “There are certain things that I draw from my mother like she always encouraged us to read books. I want Inaaya to also read books. But, I’ll have to figure out my own equation with her, too. I feel at some point your own instinct kicks in. And you have to know your child! The more time you spend with your child, the more you’ll understand their temperament, and know how to act according to that.” 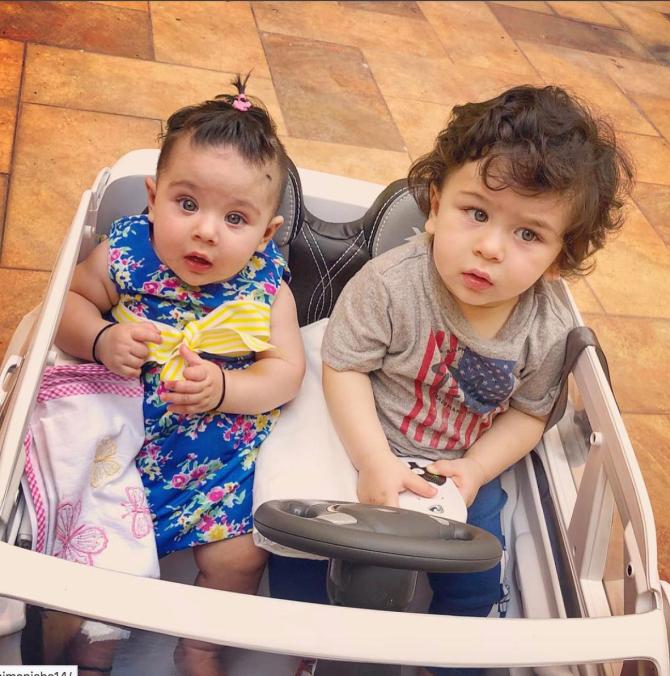 As Taimur and Inaaya are just nine months apart, Soha calls her sister-in-law Kareena in case of any doubts. Soha quipped, “If I’ve any question, any doubts, whether it’s about consulting a paediatrician, hiring nurses... anything, Kareena is just a call away. Kareena’s given me so many tips that I can write another book.” It is Kareena only who introduced her to yoga and eventually she developed her interest in it. Soha retorted, “I started training with Kareena’s yoga instructor. So, I probably followed on from her. Except, how much she was enjoying it.”

Soha has now grown emotionally close to Kareena, as both are newbie mothers. Soha is trying to grasp what Inaaya’s different crying sounds mean, and she was quoted as saying, “The sounds for every situation are different. They vary depending on whether she’s hungry, sleepy, bored or has just wet herself. Earlier I used to be confused. But now, I’m getting the hang of it.” She also revealed that it is impossible for her to answer who is number one in her life. She remarked, “Inaaya has half of him and half of me. I often wonder who I love more - Kunal or Inaaya! Who’s number one in my life? And it’s impossible to answer.” (Also Read: The Latest Pic Of Inaaya Naumi Kemmu Clearly Tells That She And Taimur Ali Khan Are Twins!) Soha says that now their life revolves around Inaaya and she is the boss. Soha retorted, “When you undergo scans, you’re aware someone is inside you. You see the baby taking form. But nothing prepares you for the joy you experience when you first hold your newborn in your arms. You’ve created a life, and all this has happened without any laboratory or engineering. It’s just Kunal (Kemmu) and me and then this person comes out with 10 fingers, 10 toes… a perfect human being! She controls when I eat, what I eat, my sleep, my TV viewing - she’s the boss.”

Soha revealed that it took her some time to bond with Inaaya, but for Kunal, he bonded with his daughter as soon as he saw her. Talking about Inaaya’s bond with her dad, she reverted, “Kunal’s extremely supportive. He stays up nights with me. If I feed her, he burps her. He plays with her, lulls her to sleep. She looks at him nowadays and smiles. There’s something special between a daughter and a father. I’ve been experienced that with my own father. It’s something you can’t explain.” 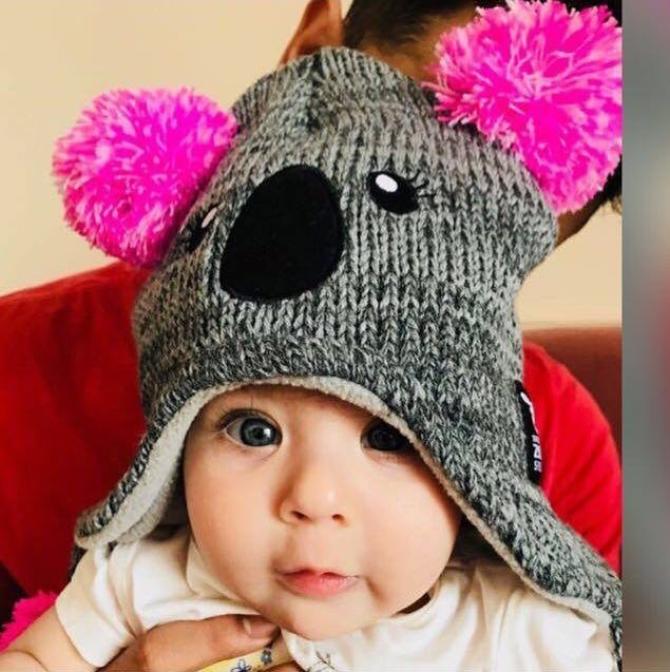 Taimur and Inaaya both are ruling over the internet, and netizens go crazy drooling over their glimpse.

Next Read: New Pic Of Inaaya Sleeping In Mommy Soha's Arms Has Confused Us That Who Is Cuter- Inaaya Or Taimur