Shoaib Ibrahim and Dipika Kakar give another couple goal as he motivates his wifey to start with her fitness routine, and makes her do workout. Check out the video inside!

Be with the person, who motivates you to become the better version of yourself. We all have grown up listening to this, but somehow, in the process of falling in love, and getting married, our personal growth takes a back seat. We start ignoring ourselves in order to focus more on our partner’s well-being. However, the modern couples are hitting this orthodox thought out of the heads by hitting the gym together. Now, being fit is no more a personal mantra, but a couple's goal. Same is with Shoaib Ibrahim and Dipika Kakar as he motivates his wifey to start up with her workout routine. (Also Read: Angad Bedi Shares His Baby, Mehr's Cycling Video By The Seashore, Her Mickey Hairstyle Is The Cutest)

Dipika Kakar and Shoaib Ibrahim’s love for each other can be seen in their eyes and their chemistry has always made us swoon over them. On August 31, 2020, Shoaib and Dipika had posted proof of their chemistry on their respective IG handles and it was on-point. In the pictures, Shoaib had looked dapper in an ethnic attire, while Dipika had looked heavenly in a maroon coloured ensemble. The two had together posed for some picture-perfect moments. Sharing the pictures, Shoaib had called Dipika his ‘humsafar’ and had written, “Zindagi ka safar achcha hai, Lekin mera HUMSAFAR usse bhi achcha hai !!! #shoaika.” Dipika, on the other hand, had captioned the pictures as “You are my today.... all of my tomorrows @shoaib2087.” Their pictures had spoken volumes about the love they hold for each other. Here is a picture from the lot. 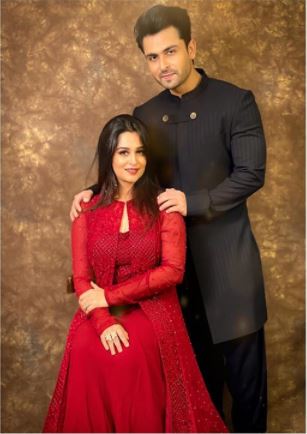 As we said, Shoaib has started motivating his wife, Dipika Kakar to start the workout and becomes the definition of a perfect husband. Dipika and Shoaib have been quite active on their social media handles and during the lockdown, the duo had started making Vlogs. A fan page found out Shoaib and Dipika’s workout video from their Vlog, and scrolling through our IG handle, we got a hold of it. In the video, we can see Shoaib working out and Dipika trying to irritate him, to which, he asks her to join him. Later, Shoaib can be seen guiding Dipika with various exercises, from squats to abs and helping her throughout. Take a look at the video below:

If you wonder that it is only Shoaib, who cares for Dipika, then you are wrong! Dipika also never forgets to pamper her doting husband, Shoaib. From cooking his favourite meals to keeping him happy, the actress knows how to take care of her hubby and never gets tired of it. In their VLogs, we have always seen the husband and wife duo showering love on each other. On September 4, 2020, Shoaib was feeling unwell, and that's when Dipika had showered her love in the form of his favourite food. The actress had made yummy food to make him feel better. The actor had taken to his Instagram handle and had shared a glimpse of the food made by his 'master chef', Dipika. Alongside it, he had written, "When you are unwell and you are pampered by your fav food." (Don't Miss: Karanvir And Teejay's Daughters, Bella-Vienna Start Preparing To be Elder Sisters, Pictures Inside) Coming back to Dipika Kakar and Shoaib Ibrahim’s love, on August 27, 2020, Shoaib had shared adorable pictures with his wife, Dipika flaunting their traditional attires. The doting wife, Dipika was seen kissing Shoaib's hand while Shoaib had blushed. Shoaib had donned a grey bandhgala with Pathani salwar, and Dipika had looked gorgeous in a sky blue-coloured kurta, skirt and a matching dupatta. Along with the pictures, Shoaib had written, “Yahan main pighal gaya.” (Recommended Read: Rajeev Sen Raises Question On His Relationship With Wife, Charu Asopa Post Reuniting After Months) 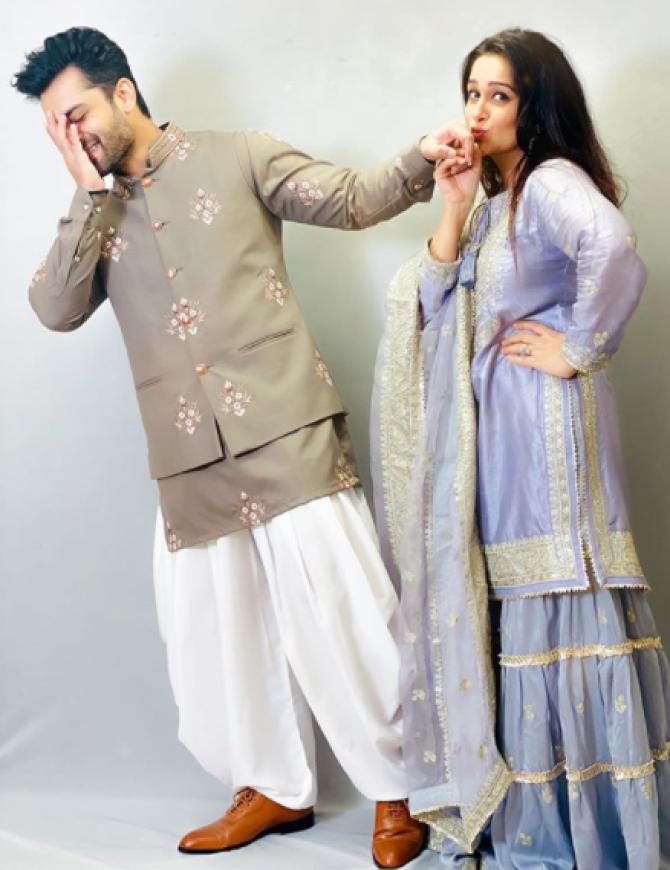 Aren’t Shoaib and Dipika a match made in heaven?