Shoaib Ibrahim and Dipika Kakar gave a grand welcome to her father, who visited them for the first time after the lockdown. Dipika cooked yummy meal for him. Find out the video inside!

After dating for almost 3 years, Shoaib Ibrahim and Dipika Kakar had decided to go public and had confessed their love for each other. The couple had tied the knot on February 22, 2018, in a nikaah ceremony accepting each other for life. Since then, we have seen Dipika as a devoted bahu, who makes sure that everyone in her sasural is happy. However, this certainly doesn’t mean that she has given up on her responsibilities towards her parents. The actress has been balancing both her families brilliantly and her hubby, Shoaib has been a constant support in that. (Also Read: Anita Hassanandani Takes A Funny Dig At Hubby, Rohit Reddy's Pampering Skills During Her Pregnancy)

Well, the lockdown and pandemic phase has made Dipika Kakkar and Shoaib Ibrahim vloggers as they constantly treat their fans with videos on their respective YouTube channel. From their vacations to a day at home, Dipika and Shoaib have been giving major sneak-peeks to their fans into their lives. In Shoaib’s latest Vlog, the actor has given a glimpse of the warm welcome the Ibrahim family gave to Dipika’s father, who visited them for the first time after the lockdown. 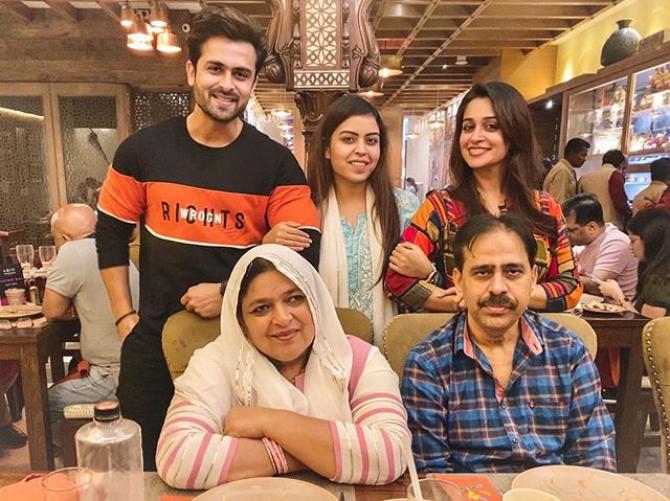 Shoaib titled the video as ‘sasurji ghar aayee’ and talked about his father-in-law’s visit at their home after the lockdown. The actor also gave a sneak-peek of the mouthwatering food his wife, Dipika prepared for her father. In the video, Dipika can be seen cooking Chicken Korma, Dal, Jeera Rice and Salad for her father and sharing the recipe to her Chicken Korma. Later in the video, we can see the entire Ibrahim family warmly welcoming Dipika’s father at home and devouring the yummy food cooked by her. The couple also gave some gifts to Dipika’s father and in-return, her father blessed them with praises. Check out the video below:

Often people question Dipika about her role and responsibility towards her maayka. Her hubby, Shoaib had once replied to a user asking the same question, shutting down every doubt. On July 19, 2020, Shoaib had hosted an 'Ask Me Anything' session on his Instagram handle, wherein his fans had flooded him with all sorts of questions and the actor had happily answered them all. But one question that had caught everyone's eyeballs was when a fan had asked, "If Dipika Kakar gives equal time to her parents as in-laws." Well, the doting husband had given a sweet reply and had written, "I am proud of the balance that she maintains." (Recommended Read: Sanaya Irani Shares A Cute Picture With Her 'Saasu-Ma' On Her Birthday Which Describes Their Bond) Dipika has proved her ‘balancing both families’ act perfectly on the occasion of Mother’s Day. On May 10, 2020, Dipika had taken to her Instagram handle and had penned a heart-melting Mother's Day wish for her mom and mom-in-law. The actress had shared a picture of the two and had revealed that it is because of her ammi, her mother doesn't worry for her. Her long note could be read as "Yess! I'm blessed to have these two pillars of strength in my life! One has given me birth, always been a companion in every phase of life!! Mumma you’ve been my best friend in true sense we’ve faught, laughed, our bike rides and ofcourse our cooking. And Ammi she is the one jinki wajah se mere mummy ko meri fikr nahi hoti kyunki Meri Ammi mujhe Itnaaaaaa pyaar karti hain!!! Thank you Ammi I'm proud to be your daughter, coz that's how u treat me, in-law to naam ka hai, Your existence makes my life so beautiful. Happy Mothers day to my two pillars Ammi & Mummy  And to all the lovely mothers, who love their kids no matter what!" (Don't Miss: Mahhi Vij Dances As She Tries To Feed Baby Tara, The Struggle is Real And Every Parent Will Relate) Shoaib and Dipika prove that they value each other’s parents equally! 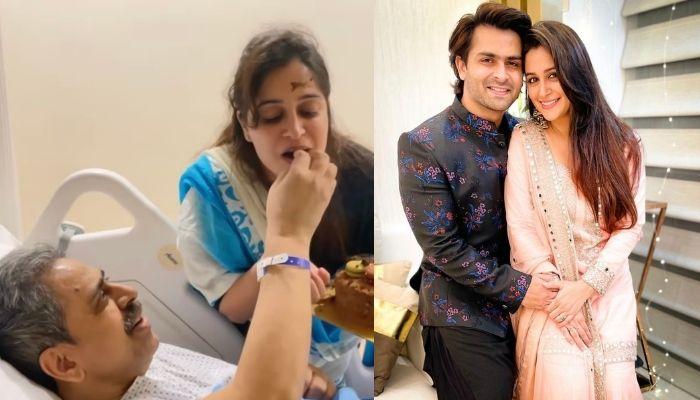