Shaheer Sheikh is on cloud nine after becoming a father of a baby girl. In an interview, he talked about his feelings on holding his daughter and performing father duties.

Shaheer Sheikh had surprised his fans when he had tied the knot with the Creative Producer and Executive Vice President at Balaji, Ruchikaa Kapoor, in November 2020. A few months later, the couple was rumoured to be expecting their first baby, and on September 10, 2021, the duo welcomed a baby girl into their lives.

Shaheer and Ruchikaa had kept their pregnancy under wraps for the longest time. It was on July 28, 2021, when Ruchikaa had participated in Kareena Kapoor Khan's pregnancy challenge, 'Beboo's Pregnancy Bingo' subtly confirming her pregnancy. From food cravings to setting up a nursery, Ruchikaa had opened up about everything related to her pregnancy. Reposting the challenge on her IG stories, she had written, "Never done a bingo but then anything for my Favesss @kareenakapoorkhan @poonamdamania. Can't wait to read the book! All the bestesttt to the hottest mama." As the news of Shaheer Sheikh and Ruchikaa Kapoor’s baby girl’s birth spread like a wildfire on the internet, the actor opened up about his daughter’s birth. In a conversation with ETimes, Shaheer shared his feelings about holding his baby girl. He said, “I am so happy looking at my baby and holding her in my arms that I have lost count of the days. Both Ruchikaa and the baby are doing fine and I am happy that everything is going well. We are truly blessed to have this little angel in our lives.” When asked if childbirth during the pandemic is making him anxious, Shaheer shared that his wife, Ruchikaa knows how particular he is about things and is convinced that he can perform father duties well. He said, “I have always been cautious about cleanliness and sanitising things even before the pandemic. So, you can imagine how anxious and meticulous I would be now! Now, I don’t allow anyone to enter the house without sanitising them thoroughly. Ruchikaa also knows how particular I am about things and is convinced that I will be able to fulfil my father duties well (smiles). My mother is here from Kashmir and my parents are thrilled to become grandparents.”

Recommended Read: Govinda's Wife, Sunita Ahuja Wanted Him To Kiss Her On National Television For This Epic Reason Talking about his approach towards fatherhood, Shaheer said, “I have my own theories to follow as a father. You often resolve that when you become a parent, you will do certain things in a particular way and I, too, had thought about it. Now, whether that happens depends on destiny. But I believe that every individual should have the right to follow their path and dreams and I want that for my child, too.” Shaheer Sheikh is playing the character of a father of three kids in his show, Kuch Rang Pyaar Ke Aise Bhi 2 and he feels that his onscreen training of a father has come in handy. He shared, “I am trained to play a father onscreen, but now my emotions will come more naturally because I am a father in real life. Besides, my nephews and nieces have given me good training to become a father. I am looking forward to giving my little one the best life. The feeling of holding your little one and looking into her eyes is an indescribable feeling and can't be compared with anyone else.” 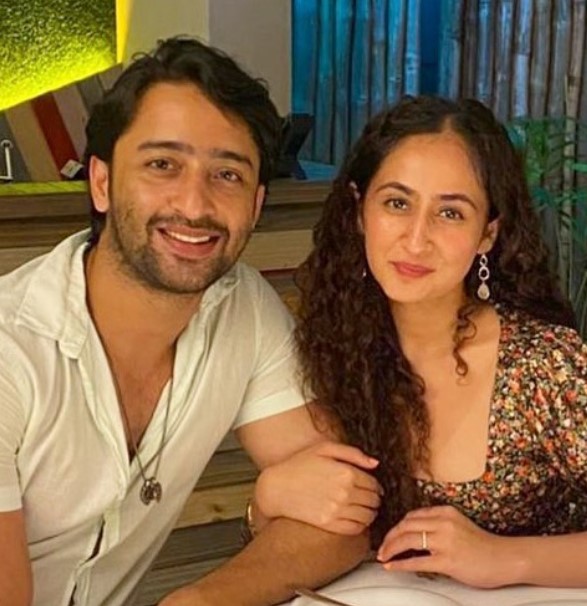 We cannot wait to see Shaheer Sheikh and Ruchikaa Kapoor’s little one!

Next Read: Nargis Fakhri Confesses Dating Uday Chopra For Five Years, Reveals Why She Never Talked About It 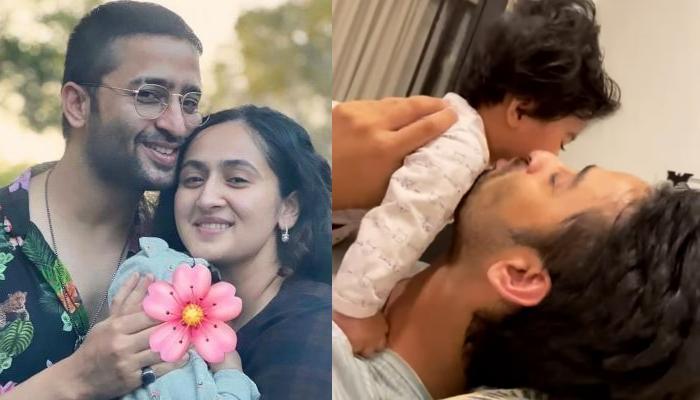