Shah Rukh Khan had once addressed the rumours about his younger son, AbRam, being the love child of his elder son, Aryan Khan and called it 'disturbing'.

Shah Rukh Khan is the undisputed king of Bollywood. It is not just his acting prowess, but his undying love for his family that has always mesmerised his fans. Such is his charisma that on every Eid, his million fans gather outside his house, Mannat, and wait for hours, just to get a glimpse of him. Shah Rukh's humble beginning and his love for his family has garnered him a lot of love from his fans.

The baadshah of Bollywood, Shah Rukh Khan had got married to his ladylove, Gauri on October 25, 1991. In 1997, the couple had become proud parents to a baby boy, whom they have lovingly named Aryan Khan. In 2000, Shah Rukh and Gauri had welcomed their daughter, Suhana into the world. And in 2013, the actor had surprised the nation with the announcement of the birth of his youngest son, AbRam through surrogacy.

Also Read: Video Of Shah Rukh Khan Performing Diwali 'Puja' With His Kids Suhana And Aryan Is A Sight To Behold However, after the birth of AbRam, there were many rumours about him being the love child of Shah Rukh Khan's elder son, Aryan Khan. Shah Rukh, who never minces his words, had addressed the nasty rumours during his appearance at a TED Talk in Vancouver. Talking about the same, he had shared:

"Four years ago, my lovely wife Gauri (Khan) and me decided to have a third child. It was claimed on the net that he was the love child of our first child, who was 15-years-old. Apparently, he had sown his wild oats with a girl while driving her car in Romania. And yeah, there was a fake video to go with it." 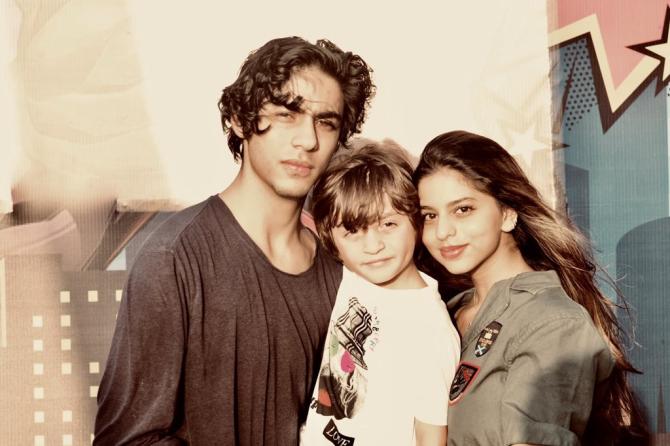 Revealing how disturbing the rumours were for him and his family, Shah Rukh had continued:

"And we were so disturbed as a family. My son, who is 19 now, even now when you say ‘hello’ to him, he just turns around and says, ‘But bro, I didn’t even have a European driving license'." In an interview with the DNA, Shah Rukh had talked about his little son, AbRam and how he loves chilling with him, unlike his other kids, Aryan and Suhana. He had said:

"I think he loves being around me. Unlike Suhana and Aryan, he is more people-friendly. He gets happy seeing my fans. On my birthdays, he would just come out to the balcony every hour. The fans keep screaming my name and he comes running to me and says, ‘Papa, peoples have come. Let’s go meet them’. He calls them ‘peoples’ and then, he drags me out because he enjoys waving out to them. He’s a smart, intelligent kid and extremely fun to be with. And with him, I become a kid myself." Being a celeb is not a cakewalk but the way Shah Rukh had dealt with the nasty rumours about his kids is commendable!

Also Read: 10 Star Kids (Sons) Who Have Grown Up To Look Like Their Fathers, Sharing The Uncanny Resemblance 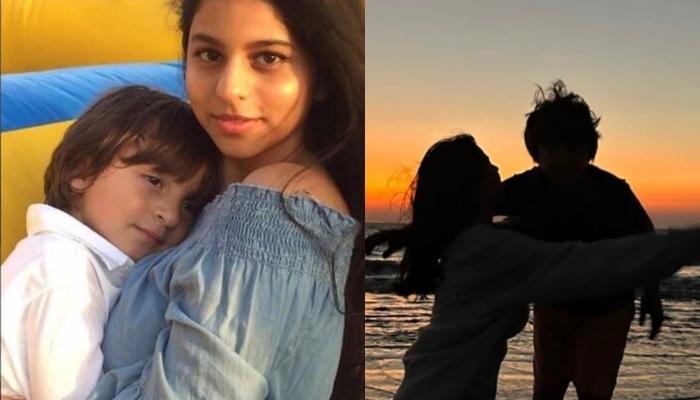 Shah Rukh Khan's wife, Gauri Khan, his daughter, Suhana Khan, and his son, AbRam Khan, flew to Dubai to ring in New Year 2023. The adorable family is having a great time at the location, and they are enjoying themselves to the fullest. Being a social butterfly, Suhana has been delighting her