Scrolling through our social media handle, we got our hands on a picture of Sara Ali Khan, hugging Kareena Kapoor at her wedding with Saif Ali Khan and it is priceless.

It was in 2007, when Saif Ali Khan and Kareena Kapoor had met for the shoot of their third film together, Tashan and had fallen in love with each other. After living together for five years, Saif and Kareena had tied the knot in a registered marriage in 2012. However, the glam and glitters of their wedding is still talked about. They had a star-studded sangeet, mehendi, nikaah and after-party. What looks like a low-key affair when one thinks about a registered marriage had turned into an extravagant event, and it is said that their royal wedding had cost around Rs. 10 crores.

Saif Ali Khan and Kareena Kapoor Khan have been married for 9 years now and giving major relationship goals. They are blessed with two baby boys, Taimur Ali Khan born in December 2016 and Jehangir Ali Khan born in February 2021. Other than this, Saif Ali Khan has two kids, Sara Ali Khan and Ibrahim Ali Khan from his first wedding with Amrita Singh as well. Sara and Ibrahim share a beautiful bond with their abba, Saif and his second wife, Kareena Kapoor Khan and their kids.

Also Read: First Picture Of Taimur, After Kareena Kapoor And Saif Ali Khan Brought Him Home From The Hospital Scrolling through our social media handle, we stumbled upon a picture of Sara Ali Khan from her abba, Saif Ali Khan’s second wedding with Kareena Kapoor. The picture was from Saif and Kareena’s Mughal-themed Delhi reception and it had spoken volumes about Sara’s bond with her father’s second wife. In the picture, Sara and Kareena can be seen hugging and posing for the camera looking gorgeous in their respective traditional attires. Sara Ali Khan’s presence in the functions of Saif Ali Khan and Kareena Kapoor Khan had become the talk of the town at that time. Everybody had praised Amrita Singh when her kids, Sara and Ibrahim Ali Khan had attended their father’s second wedding. Earlier, we had got our hands on some unseen throwback pictures of Sara from her dad’s wedding. Sara had looked alluring in a neon green and pink anarkali, which she had accentuated with a maang teeka, diamond set and bangles. 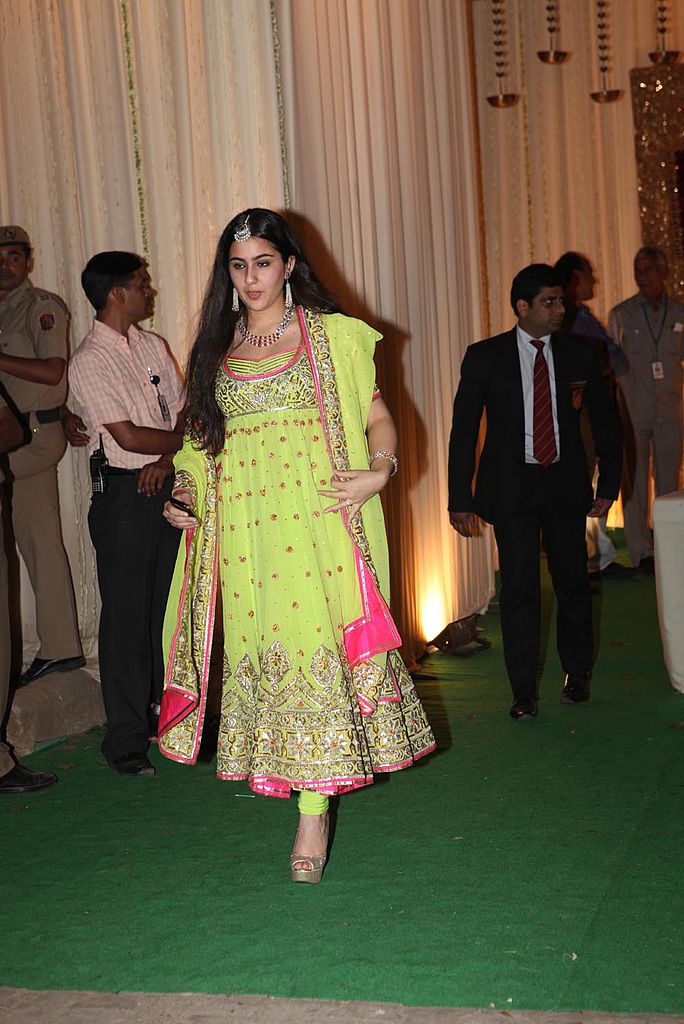 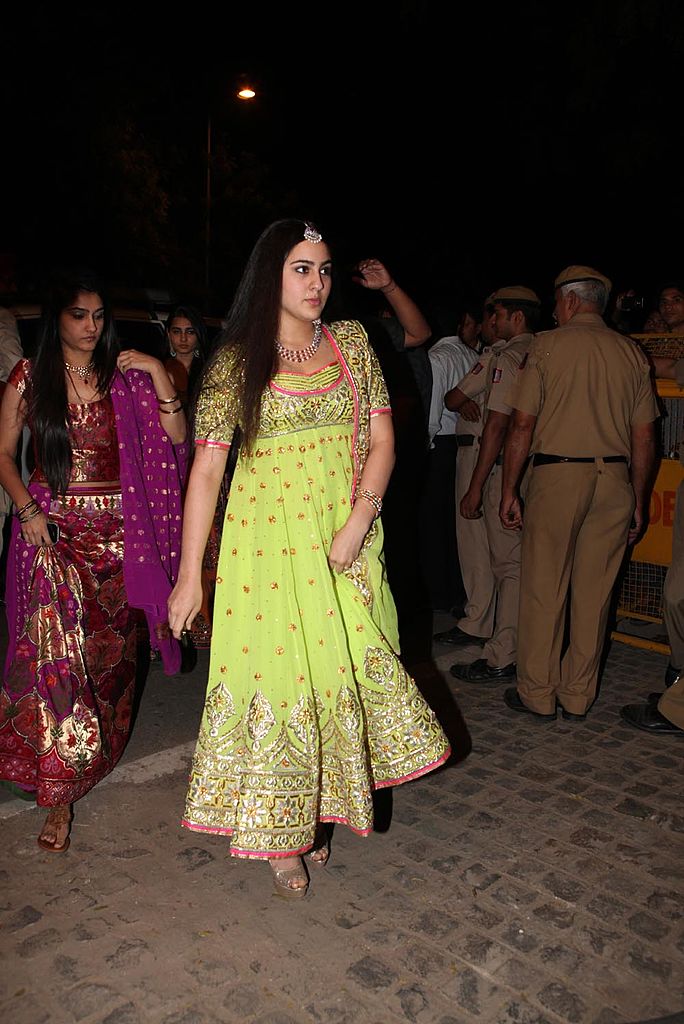 Saif Ali Khan’s sister, Soha Ali Khan, who is an actress-turned-author, had published her first book, The Perils Of Being Moderately Famous in early 2018. In her book, she had shared an unseen picture from Saif’s wedding with Kareena Kapoor. Sharmila Tagore, Soha Ali Khan, Saba Ali Khan had happily posed with the then newlyweds, Saif and Kareena. Making it a perfect family picture, Saif’s kids from his first wife, Amrita Singh, Sara Ali Khan and Ibrahim Ali Khan had also joined the portrait.

In an interview with the Hello! magazine, Sara Ali Khan had revealed her mother, Amrita Singh’s reaction to her ex-husband, Saif Ali Khan’s second wedding. Sara had stated, “When my father just got married to Kareena, I remember going to the locker with my mother and taking out jewellery and saying which jhumkas should I wear? She called Abu and Sandeep and said, “Saif is getting married and I want Sara to have the most beautiful lehenga." It’s also easy for me to love and accept Kareena because I have a mom, who makes me feel everything’s fine. She got me ready for my father’s wedding with Kareena. So, when you have a mother saying, ‘Yeh earrings mat peheno, doosri chandbali peheno’ and if that’s the vibe at home, then you’re comfortable enough to take anything on.” We love how seamlessly Saif Ali Khan’s two families merge and love each other. 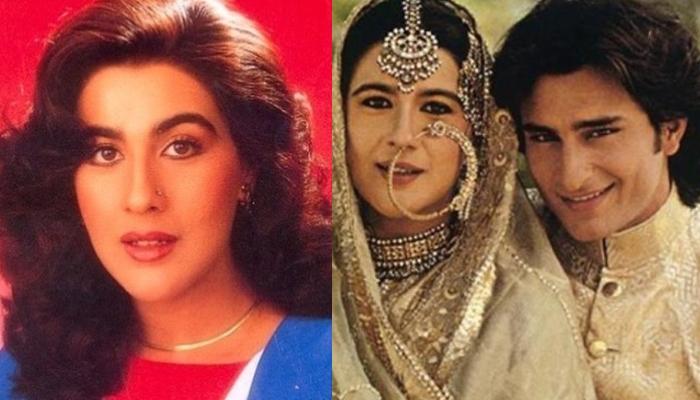