Steal The Look: TV Actress Sanaya Irani's Wedding Jewellery That Every Bride Will Fall In Love With

Telly world’s gorgeous couple Sanaya Irani and Mohit Sehgal tied the knot in a very sweet yet fun way on January 25, 2016. All their friends became a part of their beach wedding and were seen enjoying every bit of it.

The couple's choice was free-spirited when it came to the wedding arrangements and their attires. However, it was Sanaya’s bridal jewellery that was the real show-stealer in the entire celebrations.

10 Trendy Ideas To Pair Up Jewellery With Bridal Lehenga; Colour Contrast It With The Wedding Outfit

The first thing that grabbed the attention was the beautiful diamond ring resting on Sanaya's hand. She chose an oval cut diamond in white gold. The band of the ring was also embellished with small round diamonds. The big oval diamond embedded in the bed of small ones gave it the look of a crown.

Recommended Read: 11 Types Of Engagement Rings Cuts And Shapes That Are Quite Popular

Sanaya and Mohit opted for a day wedding, and the outfit that Sanaya selected was a beautiful golden lehenga with the contrasting red dupatta. It was a very modern wedding where the couple took the vows standing toe-to-toe, but the jewellery that graced the bride looked ancestral. 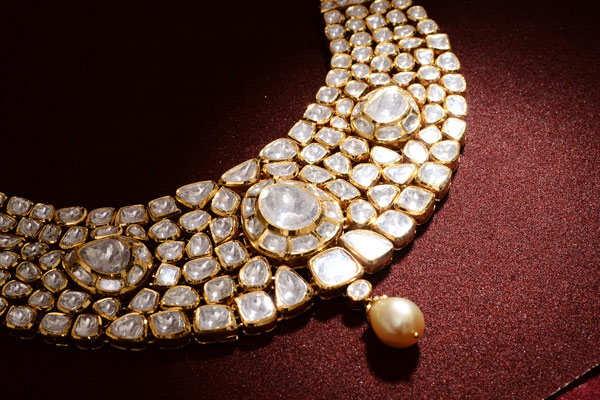 The neckpiece was a royal ethnic piece made with uncut polki, deep-seated in yellow gold. An ivory pearl drop, which had a cast with a hint of green, was attached to the piece that gave it a dainty look. It looked very graceful on the bride, providing her with the maharani touch for her big day. 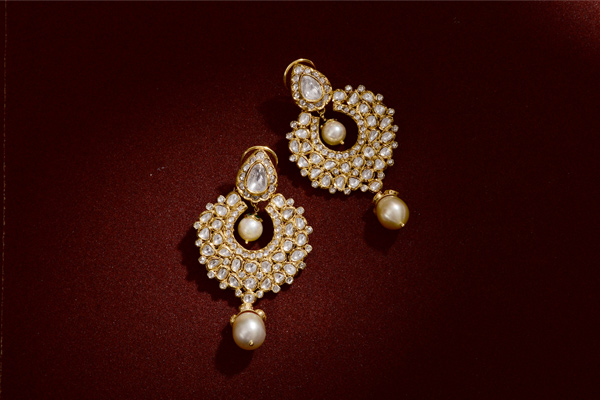 The earrings were made with uncut polki in gold, in a similar manner that the neckpiece was made. Instead of just one, the earrings had two pearls, one as the centrepiece and the other at the bottom. 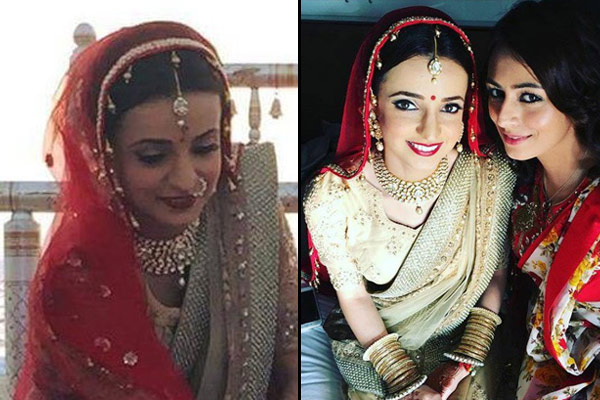 A bride’s look cannot be complete without a maang tikka and a nath. To create a balance, Sanaya opted for relatively lighter pieces to go with the otherwise exquisite neckpiece and earrings. Neither did the maang tikka cover up her entire forehead nor did the nath shadow her face. The nath was a small one with no strings attached which allowed Sanaya's features to do the talking. Sanaya’s mangalsutra became the show-stealer among all the jewellery pieces that she wore. She opted for a traditional gold yet classic design. Her mangalsutra had the traditional string of black and gold followed by the centrepiece made with three gold balls attached together horizontally. It was indeed a very traditional and beautiful design.

#4. Diamonds for the reception 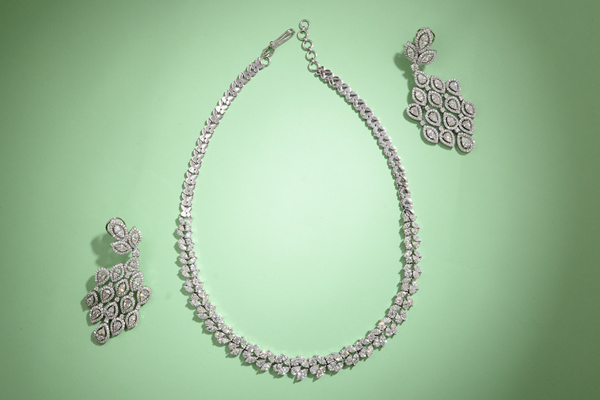 Sanaya wore a white gown for her reception party, and the jewellery that she selected was a piece of fine art. The entire set was made with diamonds and white gold. The necklace was a string with a two-leaf pattern. 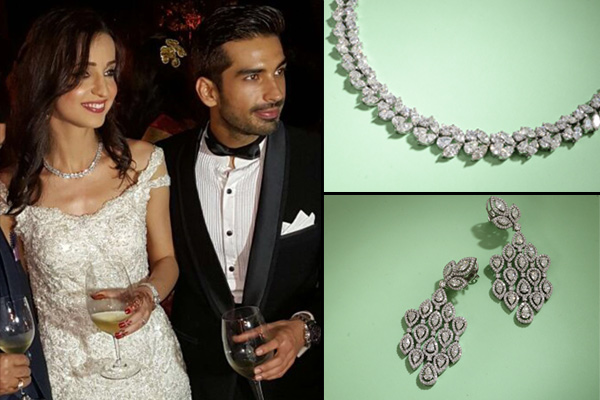 The earrings, however, were what caught our eye. They were very elaborate with elegant leaf life structures of diamonds joined together to make an intricately designed pair. They looked like silver feathers of the peacock, so royal yet so subtle.

People who turned Sanaya’s dream jewellery into a reality It was the team of renowned jewellery portal, VelvetCase.com, whom Sanaya relied upon for her bridal jewellery, and we must say, they really did a great job. 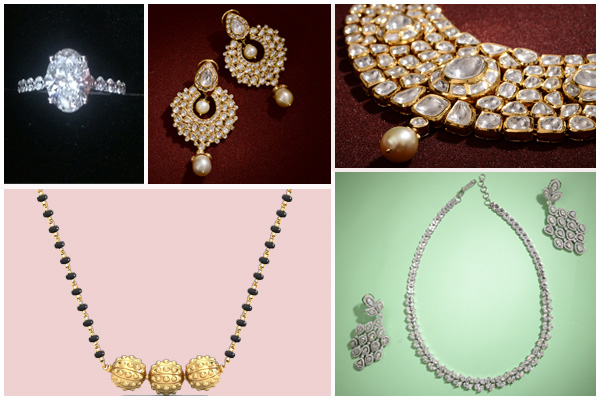 The CEO of of VelvetCase.com, Kapil Hetamsaria recalls the whole experience:

“I recollect the first meeting with Sanaya, when she had come to our office to understand and browse through our extensive design catalogue from 200+ designer networks. It was a great opportunity for us to understand her style and taste in Jewellery. It was great to see that she chose Velvetcase to design jewellery for the most important day in her life. With the help of innovative technology like 3D printing we crafted the perfect piece for her. While making bridal jewellery for Sanaya, we were constantly in touch over a WhatsApp group, where she was made a part of the whole jewellery-making process. It was an absolute delight to make jewellery for a bride as beautiful as Sanaya.”

And, the happy bride expressed her joy through a testimonial that she wrote for them:

"Thank you so much VelvetCase.com for everything. You guys were absolutely great and the jewellery was stunning. Part of the reason I looked pretty on my wedding day was you guys. Thank you so so much!"

Didn’t the gorgeous actress look all the more stunning in these lovely jewellery pieces? Well, we know you agree with us. So go ahead, steal an idea or two from Sanaya for your wedding jewellery, and get set to look like a rockstar bride!

10 Trendy Ideas To Pair Up Jewellery With Bridal Lehenga; Colour Contrast It With The Wedding Outfit