Sameera Reddy is the flag bearer of a new dawn, where there will be no insecurities related to weight or colour for a girl. Scroll down as she shares a picture from her teenage days! 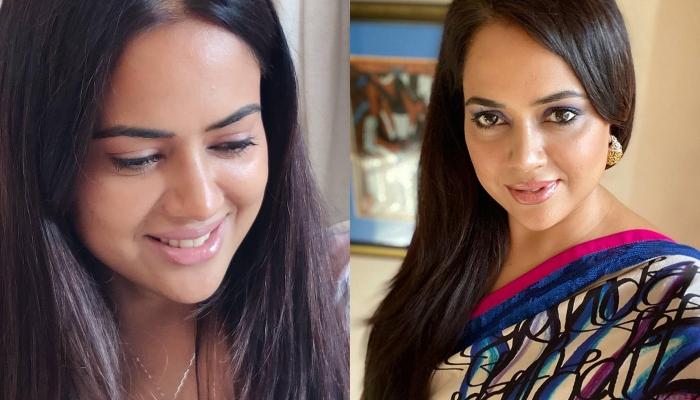 The second-time mommy and Bollywood actress, Sameera Reddy have taken the internet by storm with voicing her strong opinions and sharing her motherhood journey. And we are totally enjoying the new version of 'Sameera' as she gives out body positivity messages and embracing your true self. She had rocked her maternity fashion game, flaunted her baby bump like a diva and gave courage to millions of mom out there, by climbing the tallest Peak in Karnataka with her newborn baby girl strapped on her. (Recommend Read: Tahira Kashyap And Ayushmann Khurrana Wish Each Other On 11th Anniversary, Share Unseen Wedding Pics)

Sameera Reddy and her husband, Akshai Varde had welcomed their baby girl on July 12, 2019. Since then, they are on cloud nine as the entire family, (including their first child, Hans Varde) is busy taking care of the little one. But looks like, Sameera wants a better world for her daughter and that's the reason why she is keen on changing the meaning of beauty for many of us. The actress is not hiding behind any filters or makeup, in fact, she has even started a campaign called, 'Imperfectly Perfect', wherein she flaunts her no-makeup look. 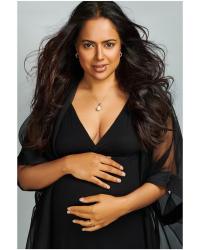 On November 1, 2019, Sameera took to her Instagram handle and posted a throwback picture from her teenage days. And believe me you, she was just like all of us while growing up. Alongside the gorgeous picture, Sameera wrote a powerful message that can be read as "Blast from my past! For all the meme-makers! Jokes aside I struggled so much with how I was judged then. So much pressure to look good and feel accepted especially as a teen! Even now after two kids and a husband who loves me just the way I am I have many moments of anxiety and struggle with how I feel about my body." 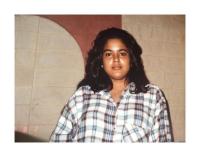 Sameera keeps on sharing her thoughts on her Instagram handle. We remembering during her second pregnancy, Sameera had opened up on her weight gain during her first kid, Hans' birth. In her long post, she had written that she had almost touched 102 kilos and it became the reason behind her depression. Her confidence was shattered and it added on to her stress level because of which she couldn't lose weight for a year. And that became the reason of her disappearing from the world of glam and glitz as she didn't want anyone to judge her. (Also Read: Bipasha Basu And Husband, Karan Singh Grover, Twin In Black For Ayaz Khan's Halloween Party) 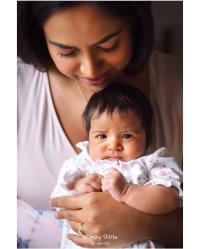 Coming back to her story of climbing the tallest peak in Karnataka, it happened in September when Sameera was vacationing with her husband, Akshai Varde, their son, Hans Varde and three-month-old daughter, Nyra Varde in Chikmagalur, Karnataka. Her travel posts had inspired many new mommies. In one Instagram post, Sameera had shared how she had climbed the tallest Peak in Karnataka with Nyra strapped on her. She shared a video and along with it, she had written, "Attempted climbing to Mullayanagiri Peak with Nyra strapped on! I stopped midway cos I was so out of breath! 6300 ft high it’s the tallest Peak in Karnataka! So many messages from New moms saying they are inspired to travel & I’m thrilled my travel stories are getting such a positive response! It’s very easy to feel low post baby & I’m super determined to not let it get me down! For moms asking I did not express, I just fed her on-demand everywhere! Less fuss and easy to travel this way."

In an interview with SpotboyE, Sameera had talked about her second pregnancy and had said, "I enjoyed my second pregnancy. I frequently sent out messages that the bump is not ugly but something that all pregnant ladies need to be proud of. I had even shot a video Imperfectly Perfect in this regard and got a terrific response from women and even those who were not pregnant. There is so much shaming of every kind going out there. Everybody is just out to harm each other even otherwise and sadly not doing anything constructive either. There is a lot of viciousness all around us in every strata and sphere of life. It's all coming out so starkly. It's all coming out to exhibit that people have become so spiteful and scheming. It's shameful. We need to end it ASAP." (Don't Miss: Angad Bedi Reveals His And Wife, Neha Dhupia's Plans To Celebrate Daughter, Mehr's First Birthday) 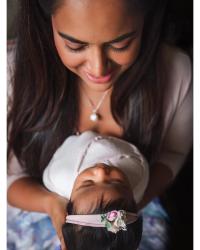 Well, we love Sameera and the way she is trying to fight society's many devils!

Sameera Reddy's Husband, Akshai Varde Is The Daddy Cool Of Tinseltown, Plays Guitar For His Girl Anyone can be a father, but it takes a lot to understand his kids as much as their mothers. There was a time when fathers used to hide their feelings and didn't really know much about their kids. However, the 'papa bears' of 2019, know how to wear the entertainer