Bollywood actress, Sameera Reddy talked about her beautiful relationship with her mother-in-law, Manjri Varde and revealed how she had achieved it in all these years. See inside!

Sameera Reddy is a well-known actress and is admired by billions for raising awareness on pregnancy and motherhood issues including postpartum depression more than her exceptional acting skills. Whether we talk about her role as a daughter, wife, or mother, the super Sameera simply aces every role of her life flawlessly with her efforts and positive attitude. In her latest interview, the actress talked about her concrete bond with her mother-in-law, Manjri Varde and opened-up about the way she had achieved it.

For the unversed, Sameera Reddy had gotten married to her long-term beau and entrepreneur, Akshai Varde, on January 21, 2014. The lovely couple had embraced parenthood for the first time on May 24, 2015, when they had welcomed their baby boy, Hans Varde. After four years, on July 12, 2019, Sameera and Akshai had welcomed a little princess in their family and had named her, Nyra. 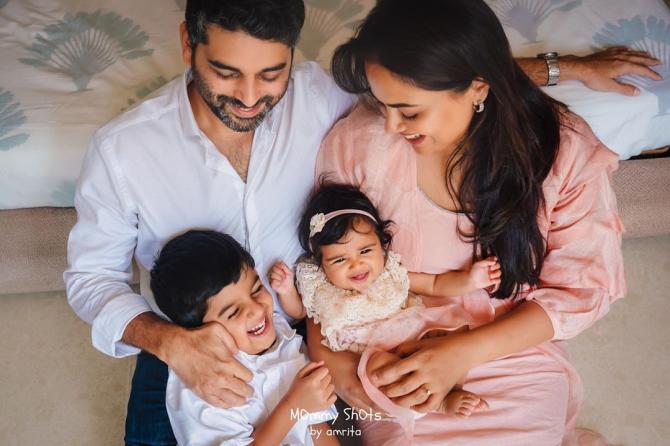 In an interview with the ETimes, Sameera Reddy talked about her bond with her mother-in-law, Manjri Varde and explained how they had achieved this friendly and lovable bond, which they share. The actress stated, "My mother-in-law and I have really worked on our relationship. It did not happen out of the blue. What works for us is that both of us are very strong women, we walk the line and come to a meeting point. We do not necessarily agree on everything but the one thing we agree on is the fact that we love each other and our intentions are right. And when you come from that space, negativity is something that we do not indulge in at all. We have a great relationship, and we will constantly work on it to make sure we keep it that way." Going further in the interview, Sameera Reddy was asked to describe her mother and mother-in-law in one sentence, and the actress did the job like a pro, highlighting the qualities of each of them. While on one side, Sameera called her mother an energetic lady, on the other, she titled her mother-in-law as a humble person. She said, "My mother is a powerhouse of energy and my mother-in-law has this amazing quality to just know that everything is going to be fine. She is very calm and composed--perhaps because she's an artist--and she has a sense of being grounded, which I really respect." On May 10, 2021, Sameera Reddy took to her Instagram handle and reshared a stunning picture of her iconic underwater pregnancy photoshoot, originally posted on the IG handle of Humans Of Bombay. The actress had looked breathtakingly beautiful in her 2018 photoshoot, which she had done before the birth of her daughter, Nyra. Along with the picture, we can also read Sameera’s conversation with HOM (Humans Of Bombay), in which she revealed how this shoot changed her completely. The actress explained, “In 2018, when I was pregnant with Nyra, I told myself, ‘I’m going to do this my way.’ I was 40, scared & bloated but I was determined to do everything that I’d missed out on before–I spoke about mood swings, & when I was 8 months pregnant, I did an underwater bikini shoot. That’s when women said to me, ‘You inspire me’.” 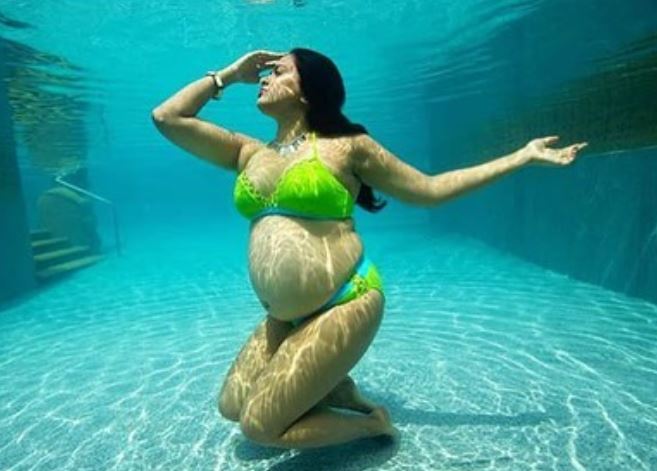 Did you like Sameera's beautiful bond with her mother-in-law? Let us know!