A completely heartbroken Saira Banu revisited the fondest memories of her with late husband, Dilip Kumar and penned down an extremely emotional letter for him. Read on to know more!

The first superstar of Bollywood, Dilip Kumar was the heartthrob of many women in the 60s. However, he had found love in veteran actress, Saira Banu. For the unversed, Saira at the age of 22, had tied the knot with 44-year-old Dilip saab on October 11, 1966. They were living a blissful life until July 7, 2021, when Dilip left for the heavenly abode at the age of 98 years, leaving behind his beloved wife. However, she still can't overcome the loss of her late husband and to mark his first death anniversary she penned a heartfelt note fo him.

Saira Banu had also once appealed for a Bharat Ratna, claiming her late husband, Dilip Kumar as the Kohinoor of Indian cinema. Finally, on June 14, 2022, Dilip saab was announced as the recipient of the Bharat Ratna Dr Ambedkar Award, and his wife received the award on his behalf. As she accepted the award, the veteran actress had broken down into tears remembering him. Accepting the award, Saira had also revealed that she still feels that Dilip saab is around and watching everything.

Saira Banu Admitted If She And Dilip Kumar Ever Had A Son, He Might Have Resembled Shah Rukh Khan

Also Read: Radhika Pandit Posts A Frame Worthy Picture With Her Hubby, Yash And Their Kids, Ayra And Yatharv 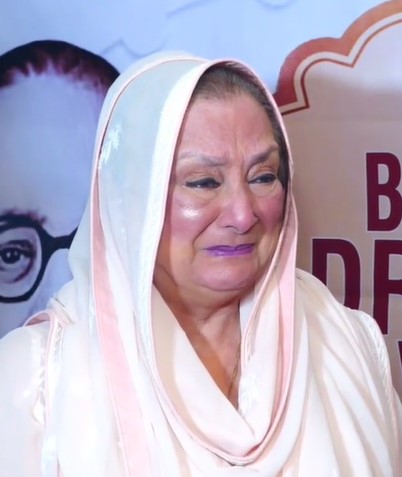 As July 7, 2022, will mark the death anniversary of the late actor, Dilip Kumar, his wife, Saira Banu revisited some of their fondest memories and penned down an extremely emotional letter for him. She wrote the letter to Etimes, mentioning the void that Dilip has left in her life. She talked about how she feels a sense of desolation for him every day. She mentioned how hard reality hits her when after waking up she finds that Dilip isn't lying beside her and that she won't be seeing his pink cheeks again. Mentioning her pain, she penned:

"I wonder how many of you who are reading this have experienced the supreme bliss of spending unforgettable moments, days and years with the only man (or woman) you have dreamed of as your life partner. If you have, you will easily feel and understand the sense of desolation I feel today and every day from the time I wake up, seeing the empty space beside me in the bed we shared for over five-and-a-half decades. I turn my face away and bury my face in the pillow and try to go back to sleep... as if by doing so I will open my eyes again and see him sleeping by my side, his pink cheeks glowing in the morning rays of the sun streaming into the room. Surely I know the reality. The only reality that we all have to come to terms with. When you lose the most precious people in your life, I have reckoned that, more than the loss, it is the painful acceptance of the fact that you are powerless before the will of God. The Almighty does not make exceptions and we have no choice but to accept his will in all humility. " 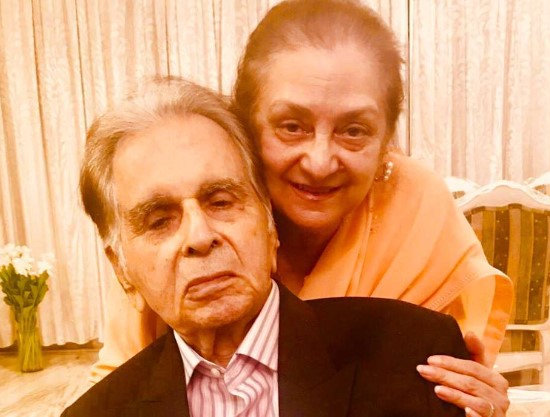 Further, in her lengthy note, Sairs mentioned how fortunate she feels to top the list of his admirers and become Mrs Dilip Kumar. However, she also talked about Dilip's commitments towards his work and passion and revealed that she couldn't get undivided attention from him. She wrote:

"Having said that, I must admit that I consider myself very fortunate that I had my Yousuf with me for 56 years and more. The whole world now knows I fell in love with him at the age of 12 and I grew up with the dream tucked away in my mind that he alone is the perfect man for me. When the dream came true, I knew I was not his only admirer and that I had jumped the long queue of women who were hoping to be Mrs Dilip Kumar. There were countless fans and actors and technicians and students of cinema who looked up to him as their guru. I was extremely happy but at the same time I didn’t take long to understand that he was not going to give me undivided attention. He was committed and passionate about his work. Plus, he was not just a brother to his siblings but a father figure and a pillar of strength and support to them."

Recommended Read: Sania Mirza Discloses About Her First Love And It's Not Her Husband, Shoaib Malik Or Son, Izhaan In her note, Saira thanked the almighty for gifting her a life with the man of her dreams. She mentioned that Dilip saab was pure as a child from his heart but he also had a wealth of experience, wisdom and knowledge, which in turn chiselled her personality. She talked about the various roles she had played in his life and how much lucky she feels for all of them. She added:

"He was different from other actors in his personal life. He had utmost respect for the position he had attained as the country’s first Superstar and he considered it his responsibility to support social causes and be a decent role model to his fans. I thanked and continue to thank Allah who brought us together for the gift of a life with a man who was as simple and pure as a child at heart and yet had a wealth of experience, wisdom and knowledge to impart to me and chisel my personality as only he could. I may sound crazy when I say that he is very much alive for me and for millions of his admirers in the unparalleled body of work he has left behind as a precious legacy for us. For me, as the lucky one to have been his wife, mother, friend, fan - all rolled into one - he lives in the memories I have stored in my heart." She also mentioned the beautiful times when Dilip used to speak with her grandmother, taste the specially made and served tea by her mother, and his playful interactions with his nephews and nieces. She talked about the warmth, love and lively twinkle which was present in Dilip's eyes that used to mesmerise her and still now she can find the presence of all of these. Writing about the garden he used to relax in, and many more, she mentioned:

"I feel his warmth, his love, the lively twinkle in his eyes when I recall how he spoke to my grandmother with whom he frequently discussed classical Hindustani music and Urdu poetry, his savouring of the special tea served in the special crockery my mother kept aside only for him, his deep concern for his own family and his playful interaction with his nephews and nieces, his lavish hospitality when close friends visited us...in short, in every thing I see, touch and hear. For instance, the garden he loved to relax in, especially in the evening when the crows create a cacophony as they fly homeward to their nests in the trees. He had a special whistle that the crows recognised and brought them to the part of the garden where he sat." 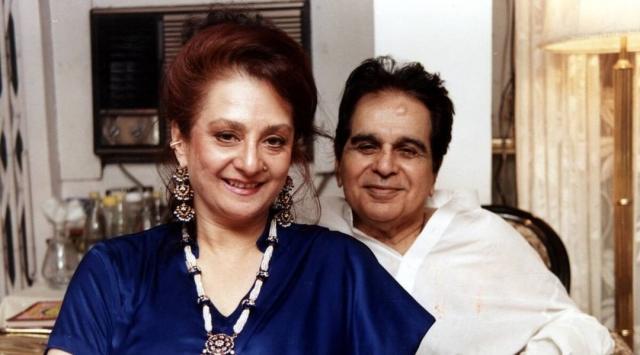 At the end of her note, she mentioned how there isn't a single day when she doesn't miss her beloved husband, Dilip Kumar. She used to avoid listening to or watching the songs or videos which feature him, as she is unable to see any image of her 'Saheb' without breaking down. An entirely emotional Saira concluded her note as:

"Not a moment passes in my life every day when he is not before my eyes. If someone has switched on the television and one of his films is playing on the screen, if any of the audio devices is on and a song picturised on him is playing- my staff watches and listens avidly but I avoid joining them because I cannot hold back my emotions. I am unable to see any image of my Saheb without breaking down. Be it a popular song from one of his films or an interview.... or a forward on WhatsApp, replete with stories and anecdotes and personal recollections about his work and his unassuming nature and his genuine simplicity in the way he interacted with people. The paradox is that I know that he is in my heart and in the essence of my very being like he has always been and yet I open my eyes every morning with the incredible thought that one morning I will find him asleep next to me." Dilip Kumar will remain in the hearts of his millions of admirers and his beloved wife, Saira Banu forever!