There were no formal proposals or candlelight dinners to woo each other. For Riteish and Genelia, being happy with the person one loves, has always been the most important thing. And, as this beautiful couple celebrates yet another year of togetherness after marriage, we bring you some candid moments of the romantic journey of Bollywood's cutest and totally made for each other couple- Riteish Deshmukh and Genelia Deshmukh. 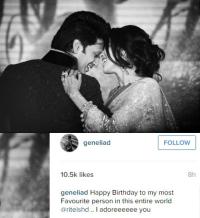 And this is what the doting wife, Genelia wrote on her Instagram page for her husband, Riteish Deshmukh on his birthday:

"Happy Birthday to my most Favourite person in this entire world@riteishd .. I adoreeeeee you"

#2. Some love stories are meant to be forever 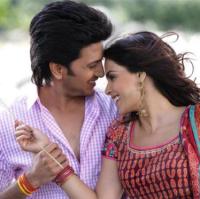 "They fight, they play, and that's the way, they are meant to stay!" The year 2002, a day just like any other day, but who knew two hearts will become one forever after this day. A 16-year old girl came at the Hyderabad airport, to meet a young boy from an influential family of Maharashtra. The girl was Genelia D'Souza and the boy was none other than Riteish Deshmukh. 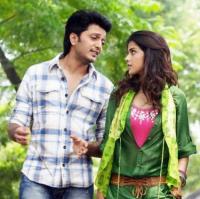 Genelia and Riteish were about to make their debut together in the film, Tujhe Meri Kasam, and this was their first meeting for the test shoot of their film. Before meeting Riteish, Genelia thought that he will be like a typical politician's son- rude and spoilt! So, she decided to give him attitude before he could give her any. 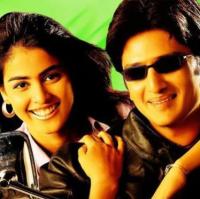 Much to Genelia's surprise, Riteish was totally humble and polite on the sets. Riteish, who is known to be a thorough gentleman in the industry, was the same then also. During the shoots, Riteish was absolutely down-to-earth and was extremely respectful towards Genelia's parents and elders. 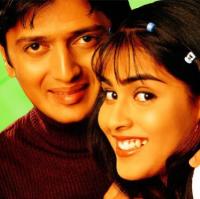 Not much people know that Riteish is also a professional architect, and architecture is what he used to discuss with Genelia on the sets. And, young Genelia used to share updates about her college and exams with him.

Do Read: 5 Ways Riteish Deshmukh Proves He Is The Ideal Family Man Everyone Should Aspire To Be 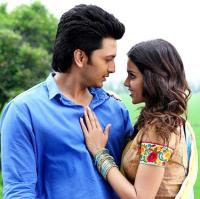 Love was never a sudden thing for this couple. Rather, it was a slow process. The fondness grew, but no formal proposals were made from any side ever. After the Hyderabad shoot, Riteish came back to Mumbai. By now, he had started missing Genelia, and she also could not keep herself untouched by his charm. 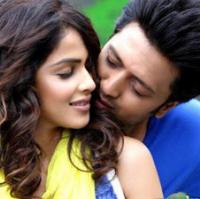 Riteish and Genelia, have always been in love since their first film. But, being from a simple non-filmy background, they never disclosed it in the media. The beauty of this relationship is that they both got so used to each other as friends that till now they do not know when love 'officially' happened and who proposed whom? 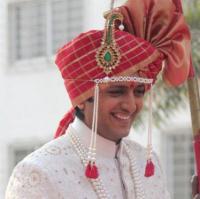 In 2002, a 16-year-old girl met a 24-year-old boy. They fell in love and after 9 long years in a relationship, they finally tied the knot on February 3, 2012. This Bollywood couple literally grew up together. From being 'Just friends to best friends to life partners', their journey has been absolutely incredible and inspiring.

#9. Secrets to a happy married Life 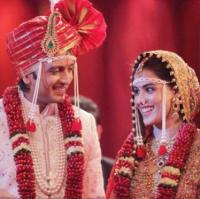 A strong bond of commitment between them has made them the first couple in Bollywood to never had a single share of controversy or link-ups with any other co-star till date. Their relationship based on understanding and friendship without insecurities, makes this beautiful couple shine out from rest of the celeb crowd. 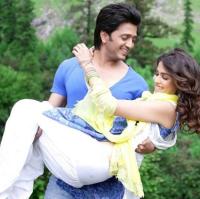 Genelia gives him unconditional support and love. Her love towards him is the most amazing thing for him. He is deeply and madly in love with his wife. Riteish is a secure husband and even the decision to work in movies after marriage is totally her choice. He is always by her side to support her in her decisions. For her, guys like Riteish are rare in today's world. 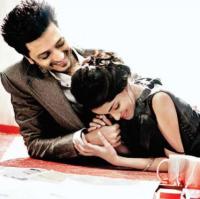 In the times, where break-ups and link-ups are more like the trends around, this inspiring couple has stood by each other for more than a decade now. The most romantic aspect of this jodi is that they started off as friends and even after marriage, are still the best of friends.

#12. Those sweet anniversary wishes to each other 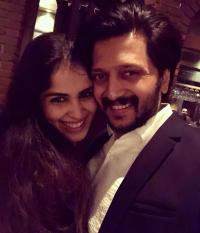 "To my partner, my friend, my everything. Happy Anniversary Baiko. Life is good because you are in it. @geneliad" 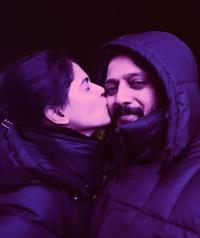 To this, Genelia replied:

“Sometimes just sometimes in our ordinary, mundane, boring lives GOD gives us a fairytale and that fairytale for me is our story. Happy Anniversary to the man who still makes me fall in love with him everyday. I Love You @riteishd.”

Must Read: 5 Adorable Moments Of Harbhajan Singh And Geeta Basra That Prove They Were Meant To Be Together 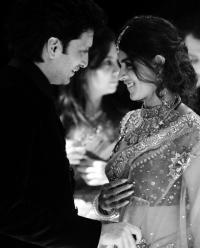 On Riteish’s 39th birthday, Genelia shared a beautiful picture of the two on her social media handles, and wished him so adorably with this cute caption:

“Happy Birthday My Everything. You will Forever be my Always.”

“I hope I am doing exactly the same thing I did in my past life to have deserved you. Coz I definitely want you in my next. Thank you @geneliad for the unconditional love. For making moments count. For making life special. For just being you. Love you Baiko.” 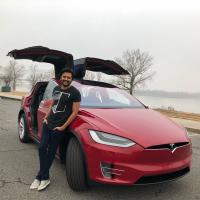 Who would believe that a wife would gift her husband a Tesla car on his birthday? That’s what Genelia did. Ritiesh happily took to Twitter and tweeted:

“So the Baiko @geneliad surely knows how to make a 40 yr old birthday boy feel like a 20 yr Old.”

Wishing this good-looking couple's love to blossom and be as pure as it is now- Forever.

Next Read: Most Adorable Moments Of Yuvraj Singh And Hazel Keech's Romantic Journey

We live in an era where it takes a moment to make a relationship and only a moment to break it too. But some couples do swim against the tide, make it to the shore and show the real meaning of ‘love’ in a relationship. We have heard uncountable stories of