There are a number of ceremonies in every wedding which is done to tie the everlasting knot of a marriage. But since eras, there is one important ritual which is common in all Hindu wedding is the ritual of giving away your ‘kanya’ (bride) to the doting groom and this ritual kanyadaan is always carried out by the father of the bride. Generally, it is seen that single, widowed or divorced parents are excepted from many of the rituals that take place in a wedding because of the fact that it is considered to be inauspicious for such parents to bless the married couples. But recently, we stumbled upon one of the news where a single mother broke the stereotype and performed the kanyadaan for her daughter along with the support which was given by her friends and family. (Also Read: Unconventional Ritual Of Traditional Sindhi Wedding That Makes It Full Of Fun And Masti) And we assure you, the images are surely going to melt your heart. Check it out here: 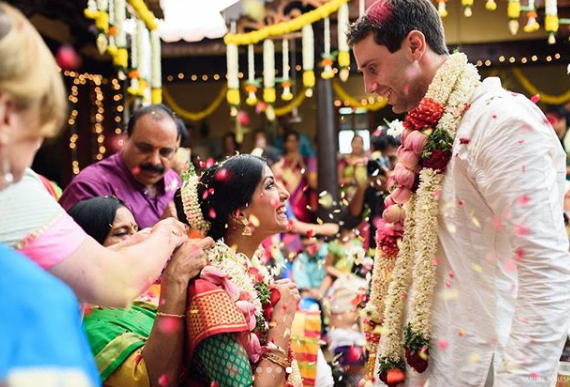 Seeing this, we feel that why not a single mother can perform such an important ritual of her life? (Recommended Read: Traditional Wedding Rituals That Make Assamese Weddings Most Sacred; List Of Wedding Functions) After all, a mother is the one who bears her child in her womb for nine long months and bears every sacrifice to nurture her child in the best possible way. She should be a part of her child’s marriage regardless of her marital position. And this important task done by this single mother was not just an eye-opener for all the single mothers but it took the internet by storm for many people.

Aravindan Sudarsan shared the picture on the social media platform Facebook with a detailed caption which said, "People always plan for textbook weddings. A one in which there is no compromise. But, in their tryst to uphold tradition they let go human emotions or values. They also have made us think it's okay to let go of our emotions to uphold tradition. A lot of children are raised by single parents. Only two hands make a noise, but a single parent toils hard to go about life emotionally and financially, to make ends meet and beyond. Their ultimate purpose of existence is to see their children get married. It's that social recognition, they work towards and prepare for. A single parent is considered inauspicious. They aren't allowed to precede a wedding but are reduced to mere spectators as another couple from the family takes their place."

He further stated, "However noble it is of the couple, we all know who the most excited, nervous, satisfied and praying soul in the whole situation is. I wonder how a genuine heart always comes second to tradition and rituals.Traditions and rituals were merely a box drawn around us so that we maintain uniformity and discipline. Sometimes altering practices or making it flexible, touches more lives. So when I saw this picture (Click Here) I was gushing with joy. This picture tells you a lot of stories. How forward the world is, how precious human emotions are. Life and destiny are not always pleasant, but you can always choose to make it better for yourself and the people around you. Rules don't make life beautiful, people do." 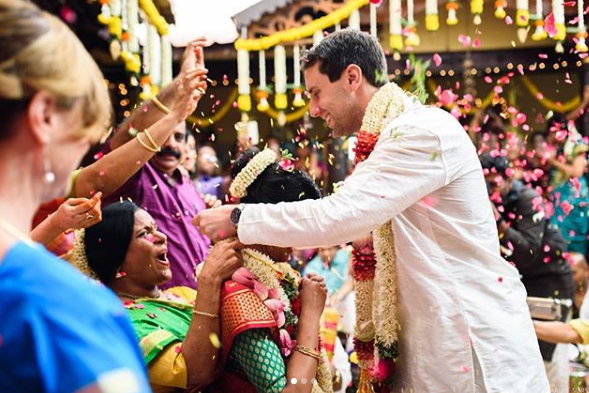 Both families were equally supportive and happy with this step of the bride’s mother conducting this ritual even being a single mother. Rajeshwari Sharma, the mother of the bride, was extremely happy to talk about her daughter’s wedding and how she broke the norms, she retorted, “I got married very early, at the age of 21, and moved to Australia with my husband, who was 12 years older than me." Coming from a very conservative Tamil Brahmin family, Rajeshwari struggled to get used to her surroundings during the initial days of her married life and said, “Although my father was pretty conservative, he was also a forward-thinking man.”

Even Shashi Tharoor took to his official Twitter handle and spoke about this wedding and approved this stereotype-smashing story.

Terrific story of a single mother who performed kanyadaan for her daughter: https://t.co/Z9xCiMGKj2

Tharoor's tweet inspired many other people. Here are their reactions:

sir ji ,namskar
i m filling so much emotional & proud becouse im also a singal mother & i proudly performed kanyadan of my daughter .the date was same 01-feb 2017.this is very good that people like you mentioning thees type of story .thank you so much . pic.twitter.com/PNYB0nJX0w

Good to see such changes. So many traditions in India need to change, specially for single women. Whether divorced, widowed or never married, they are kept out of most ceremonies.

My dad passed away before my marriage.. My mom did my kanyadan and my siblings and I made sure no pandit could discourage her in doing so!! — PriyaMishraShekhawat (@VihaanPriya) February 1, 2018

Sandhya married to Sam, an Australian and it is glad to see that they did a traditional Hindu wedding. As per sources, the wedding took place in Chennai in 2017 in a pure traditional avatar. The mother Rajeshwari also went ahead revealing how she wanted to be the part of her daughter’s wedding, “I very much wanted to be a part of my daughter’s wedding and so I decided to be the one who had to give her away in marriage.” She added, “I met Raghavan, a young priest, at my niece’s wedding. He was very understanding and agreed to conduct my daughter’s wedding as well.” Her ex-husband was in the US and was never a major part of her kid’s life. 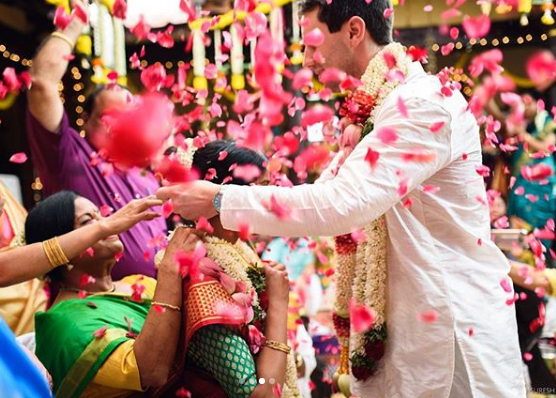 About the courage to break the usual norms and do something strange for others, Sandhya, the bride shared how it changed her mother and said, “Having spent most of her time in Australia has given my mother a different perspective to challenge the traditional society and its norms back home in India. We took the best out of its rich culture without being bound by customs that are discriminatory.”

It is so touching and heart-warming to see the society finally supporting the unusual and changing the norms, especially mothers when it comes to performing a certain ritual or a religious practice. It’s great to see people are slowly letting go of the age-old practices and taking the effort of beginning with the new ones.

Hats off to you lady! You are a true inspiration! We need more such ladies in our society.

Next Read: Kavish Mehra Travels To Goa On His First Vacation With Mommy Nisha And Daddy Karan