Ranveer Singh was papped donning an ensemble featuring jersey pants, a striped shirt, a vest sweater paired with sneakers and a bag from the brand, Gucci in collaboration with Adidas. Check out!

Bollywood actor, Ranveer Singh has already made a name for himself in the Hindi film industry. Apart from his acting, he also manages to garb eyes with his extremely energetic personality and out-of-the-box looks during each public appearance. For the unversed, he had tied the knot with the love of his life, Deepika Padukone on November 14, 2018, and since then, the duo never miss a chance to paint the town red with their mushy romance.

For instance, on June 28, 2022, Ranveer Singh had dropped a monochromatic picture of himself on his IG handle. The actor had looked damn-dead handsome, donning a black shirt paired with a neatly back-brushed hairdo and a watch. Along with it, the doting husband had also waved at his wife, Deepika Padukone to get some attention for her. He had written, "Waiting for my wife to comment…" followed by a black heart. Soon his wife had taken to the comment section and had posted a mushy line for him, which could be read as:

"Come to me soonest!" 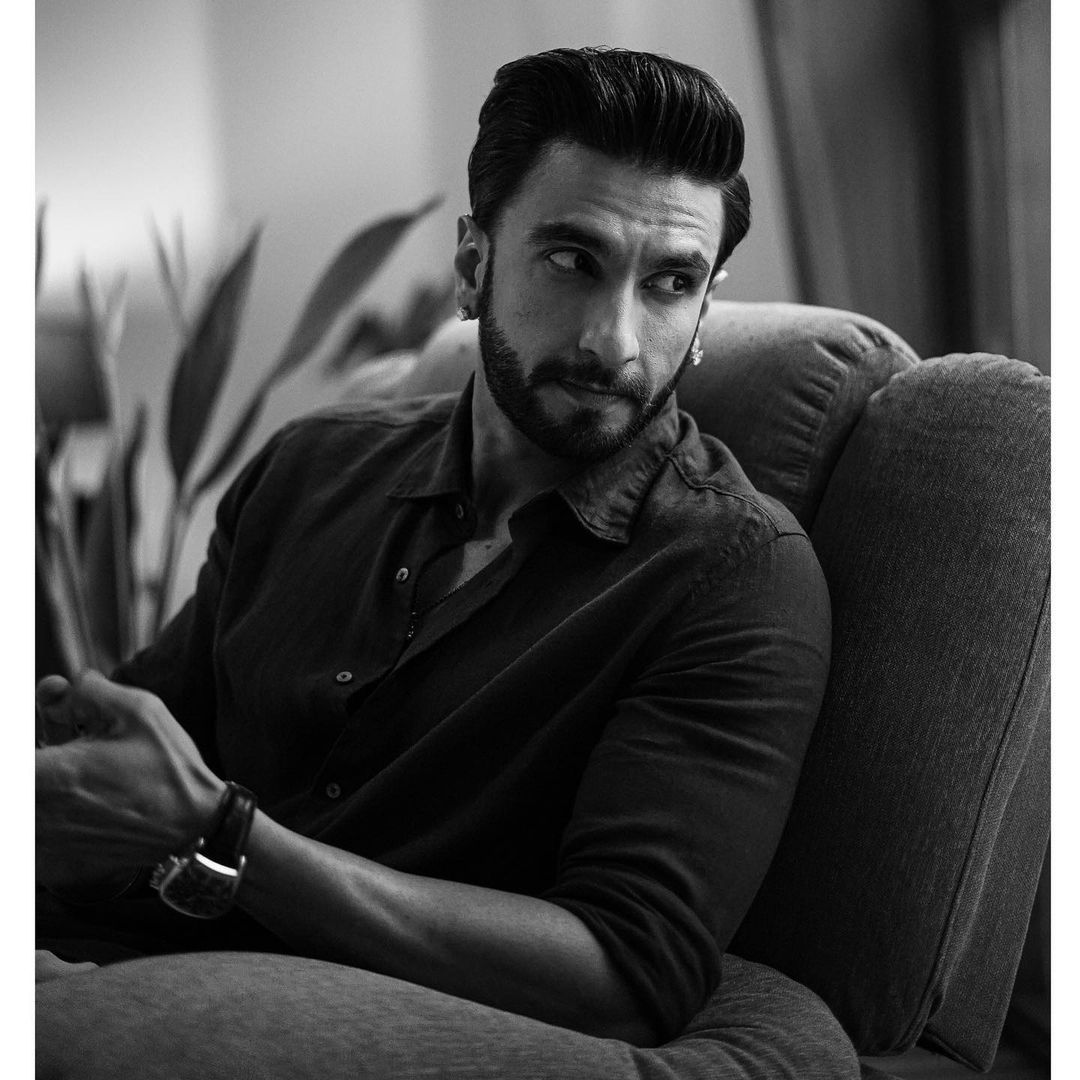 On June 29, 2022, Ranveer Singh caught up with his upcoming film, Rocky and Rani's co-star, Alia Bhatt and filmmaker, Karan Johar. And KJo took to his IG Stories and shared a picture of the two actors, wherein Alia and Ranveer can be seen posing while sitting at an outdoor location. Sharing the picture, atop it, Karan penned, “I found Rocky and Rani!" Soon after this, Ranveer was spotted, and it was his ensemble that once again caught our attention. Ranveer was seen wearing a comfortable and cool ensemble which featured jersey pants, a multicoloured vest sweater, a striped shirt and sneakers. He was also seen wearing a funky bag, and a pair of black sun shields. Upon doing some research, we found out that Ranveer's entire ensemble was from the luxury brand, Gucci in collaboration with Adidas. On the brand's official website, the Oxford cotton shirt is priced at 600 Euro, which when converted to Indian currency is Rs. 49,329.60. His jersey pant amounts to USD 1,400, which equals Rs. 1,10,680.22. And his viscose vest sweater cost 900 Pound sterling which amounts to Rs. 86,300.81.

Further, Ranveer teamed his cool look with a white-coloured leather Gazelle sneaker which is priced at 650 Euro on the official website, which upon converting to Indian currency equals Rs. 53,488.26. And his cute mini duffle bag amounts to 2200 Euro, which equals Rs. 1,81,037.20. Thus, altogether Ranveer's ensemble cost him Rs. 4,80,466.83.

We love Ranveer's entire ensemble! What about you? Let us know.