'Roadies' fame, Rannvijay Singha shared a super adorable picture with his wife, Prianka Singha, and their kids, Kainaat Singha and Jahaanvir Singha. Check it out!

Television host and actor, Rannvijay Singha shared the first family picture, after the arrival of his baby boy. The Roadies fame is enjoying every moment of his second-time fatherhood. From sharing adorable pictures with his pregnant wife, Prianka Singha, to sharing the cutest baby arrival announcement, Rannvijay has been documenting the best phase of his life.

For the uninitiated, Rannvijay and Prianka had tied the knot in 2014. Three years later, the duo was blessed with a baby girl, whom they have named, Kainaat Singha. And in July 2021, the family got completed with the birth of their baby boy. On July 28, 2021, Rannvijay took to his Instagram handle and shared a priceless photo of his entire family. In the picture, we can see Rannvijay adorably looking at his daughter, Kainaat, while holding his baby boy, Jahaanvir, in his arms. We also spotted Prianka donning a white-hued dress. Alongside it, Rannvijay wrote, "The way #myuniverse looks at #myworld!" Check it out below: A couple of days ago, Rannvijay had revealed his newborn baby boy's unique name. Sharing a picture with his kids on his Instagram handle, the actor had written, "#kainaat and #jahaan, #myuniverse and #myworld, #merikainaat and #merajahaan." On July 12, 2021, Rannvijay had announced the arrival of his little munchkin in a unique way. Sharing a picture of a red-coloured sports onesie with matching Nike shoes, Rannvijay had thanked God for the blessing. He had written, "#Satnamwaheguru." Talking about Prianka and Rannvijay's love story, in a joint interview with the Deccan Chronicle, the duo had shared how they had first met each other. Rannvijay had revealed, "It was a chance meeting. She's from London, and her relatives are in India, she had come to visit her cousins. So they happened to come for an after-party at my friend's place, and we just clicked instantly." 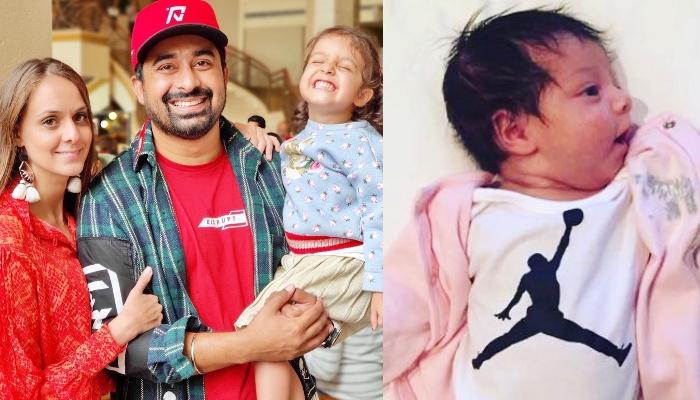 A mother can write a whole book when it comes to praising her children (especially her daughter), but a father will never ever find the right words to express his love for his kids (especially his baby girl). For fathers, their daughters never really grow up! No matter whether they are six,