Ranbir Kapoor turns 37 today and we can't be more excited as a huge bash awaited him at his residence yesterday, on his birthday eve hosted by Alia and Ayan. Scroll down for complete details of the party!

Who doesn’t love birthdays? It is ‘that day’ of the year which symbolises that you have successfully completed one year of your existence and is paving way for many, many more! However, the best thing about birthdays is the people that you spend it with and all the love and attention that you get. It is a great feeling to know that you have accumulated some amazing people in your life, who will leave no bounds to make it ‘extra special’ for you. And we bet Ranbir Kapoor can’t be happier as he had all his loved ones in one frame, on his birthday eve. (Do Read: Anand Ahuja Shares A Cute 'Miss You' Note For His Girlfriend AKA Wife, Sonam Kapoor)

Ranbir Kapoor turns 37 today (September 28, 2019) and we can’t be more excited as a huge bash awaited him at his residence yesterday. But as the saying goes, 'good things don’t come easy', hence, we will share a complete package of who all came in the later paragraphs to come, but before we do so, here's a little update about Ranbir’s love life. Ranbir is currently dating Alia Bhatt and the duo is completely smitten with one another. Prior to dating her, Ranbir was in a relationship with Deepika Padukone and Katrina Kaif and although bumping into exes is awkward, but all of them has made peace with one another and connect with each other happily! Not testing your patience anymore, Ranbir Kapoor's girlfriend, Alia Bhatt and his Brahmastra director, Ayan Mukerji hosted a warm birthday bash exactly at midnight for him. While many celebrities were spotted at Ranbir’s birthday party, his ladylove, Alia Bhatt was nowhere to be seen outside the Sanju star’s home. And then came about an array of dreamy pictures of Alia with the birthday boy in one of Ranbir’s fan pages. One of the pictures had Alia sit on Ranbir’s lap, with him holding her from the back, as they all smiled for a click with mom, Neetu Kapoor by their side! Alia was seen wearing a light-hued rainbow-coloured dress and the birthday boy and his mom, Neetu, had twinned in black. Take a look at the picture and also, another one with some of their friends from the bash: 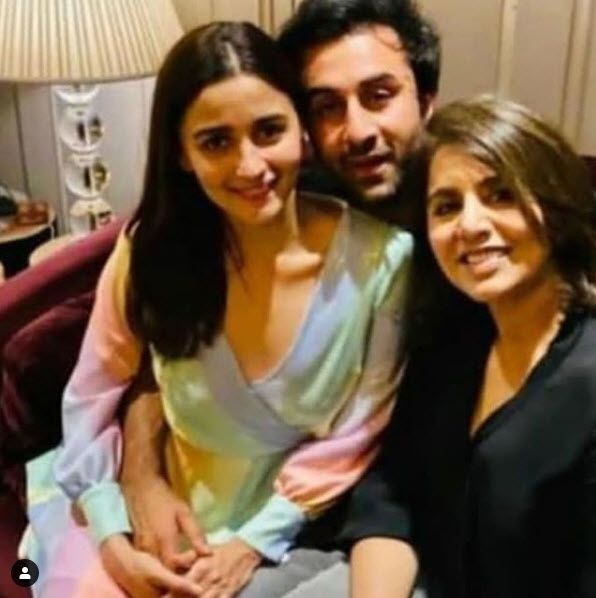 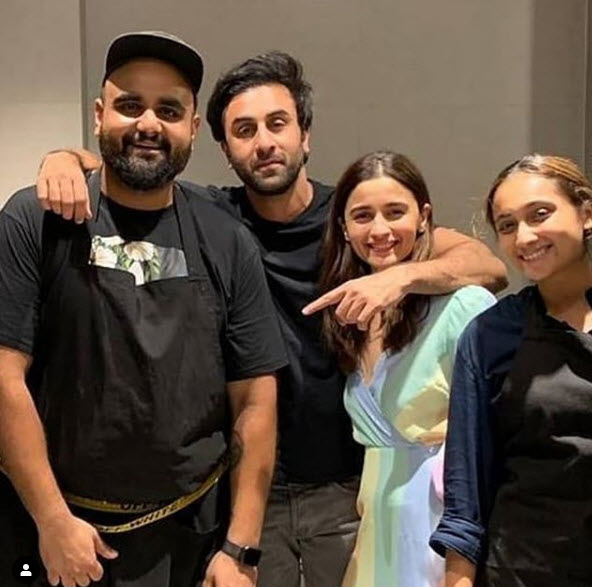 Now that you have seen the most important people in Ranbir Kapoor’s life having a gala time together, it is time to tell you all the people who graced the birthday man’s house with their starry presence last night. Shutterbugs spotted Ranbir’s ex, Deepika Padukone at Ranbir’s birthday bash. Her hubby, Ranveer Singh too, came but separately. Just returned from New York, Ranbir’s parents, Rishi Kapoor and Neetu Kapoor waved and smiled at the camera as they headed towards Ranbir’s home. Another ‘IT’ couple of the Tinseltown, Arjun Kapoor and Malaika Arora arrived together. Shah Rukh Khan and Gauri Khan, Aamir Khan and wife, Kiran Rao, as usual, had looked amazing together as they made their entry to Ranbir’s birthday party. Music composer Pritam, Anurag Basu, Aditya Roy Kapoor, Rohit Dhawan, Juno Chopra and Zoya Akhtar were also spotted at the do. (Must Read: Sameera Reddy Shares Cute Vacation Pictures With Husband, Akshai Varde And Kids, Hans And Nyra)

Isn’t it amazing? It was last year (the year of Alia Bhatt and Ranbir Kapoor’s entry to the ‘love world’ as a couple) when the Raazi actress had posted a heartfelt wish for her boyfriend, Ranbir Kapoor. On account of his birthday, Alia had taken to Instagram and had posted a beautiful solo picture of Ranbir, where his eyes are all closed, as he let out a peal of heartfelt laughter! What had looked like a picture of a holiday, Alia had posted three words which sufficed what he means to her. Sharing the picture, she had captioned it “Happy Birthday Sunshine”. 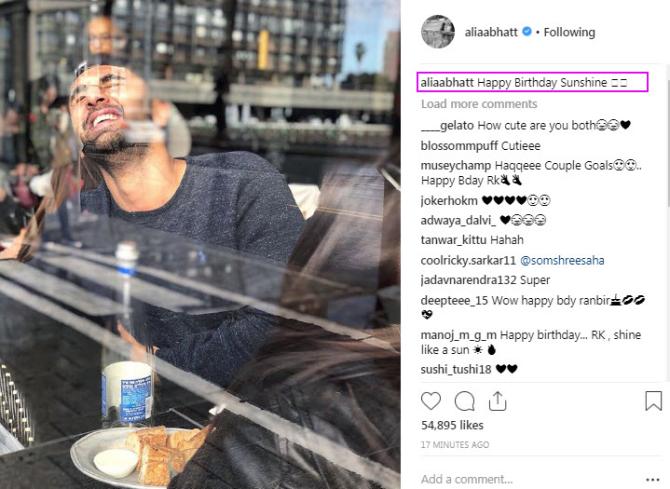 Alia Bhatt’s motto of making Ranbir Kapoor feel the most special was not just limited to a heartfelt birthday wish. As one of the birthday gifts, Alia had turned baker for her beau (last year again)! She went that 'extra mile' and took help from top-notch chefs and baked a vanilla sponge cake with pastry cream and pineapple and it had looked nothing but sumptuous! One look at it and we had already felt that this girl surely knows how to win hearts! (Also Read: Taimur Ali Khan Is The Most Obedient Student In His Classroom As He Studies With Friends And Teacher) 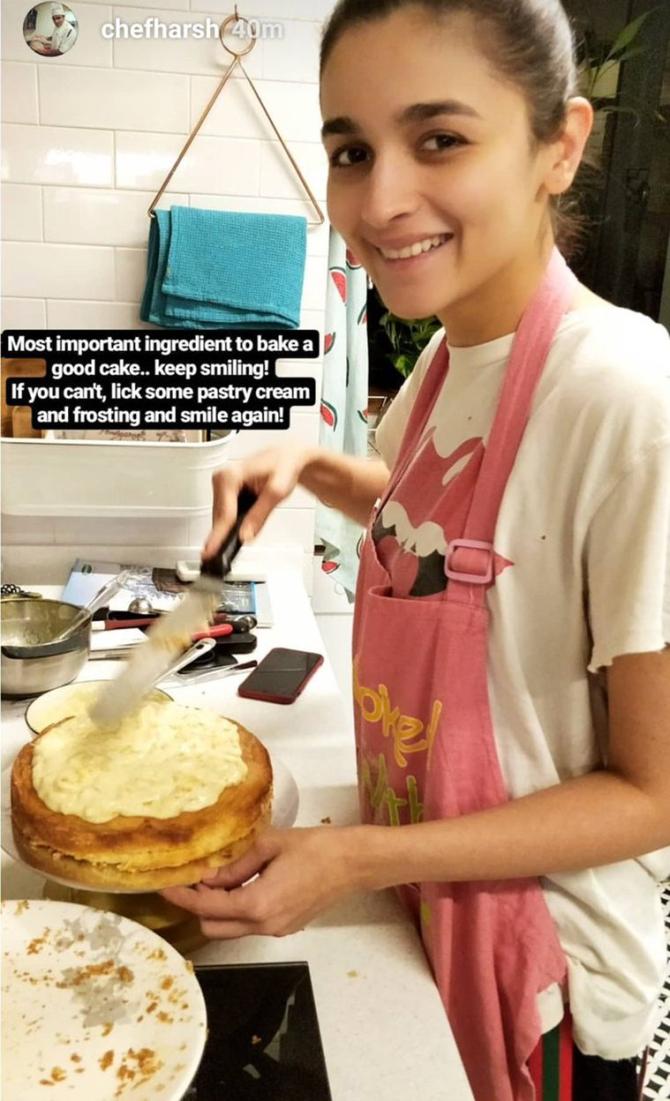 While we are eagerly waiting or Alia Bhatt’s wish for Ranbir Kapoor, here’s wishing him, a very happy birthday!